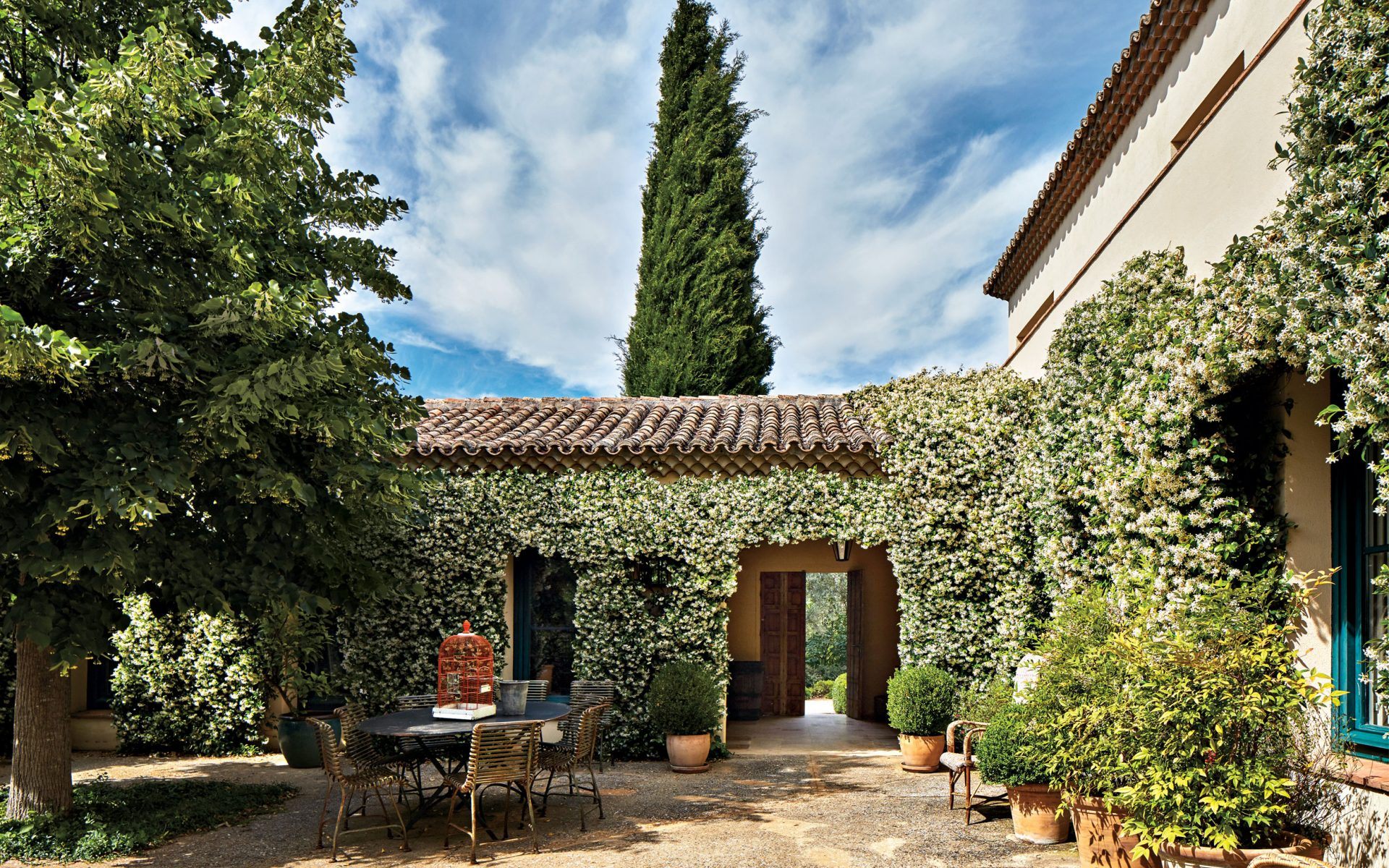 An artful terrace, courtyard, or covered porch can transform nature into a plein air room

Having outdoor space to soak up the sunshine and take in the fresh air is critical to anyone’s mental health—especially right now. Galerie has published a slew of incredible homes equipped with outdoor spaces as carefully considered as their interiors—and we’ve rounded up the best below, from a jasmine-scented courtyard in the Spanish countryside to a terrace with a riot of color in the Hamptons. 1. The poolside terrace of a midcentury La Jolla house revamped by architect William T. Georgis is abloom with tropical plantings by Elysian Landscapes. 3. Esteemed artist Bernar Venet’s estate in the South of France is dotted with his arresting steel works, including large-scale pieces from his “Indeterminate Lines” and “Arcs” series. 4. Designer Madeline Stuart took cues from a trip to Morocco when breathing new life into this Spanish Revival landmark in La Jolla. Brian Tichenor of Tichenor and Thorp did the landscape design, which features a quartet of palm trees and an octagonal tiled water feature in the entry courtyard. 8. Surrounded by flourishing white jasmine, the courtyard of this magnificent family getaway, designed by Isabel López-Quesada in the Spanish countryside, features vintage chairs clustered around an iron table of her design. 9. Sex and the City creator Darren Star teamed up with designer Waldo Fernandez to give his Hamptons home a ravishing reboot. Wisteria climbs the pergola in an outdoor sitting area designed by landscape architect Alec Gunn; the teak outdoor furniture by RH, Restoration Hardware, has cushions covered in a Sunbrella fabric.