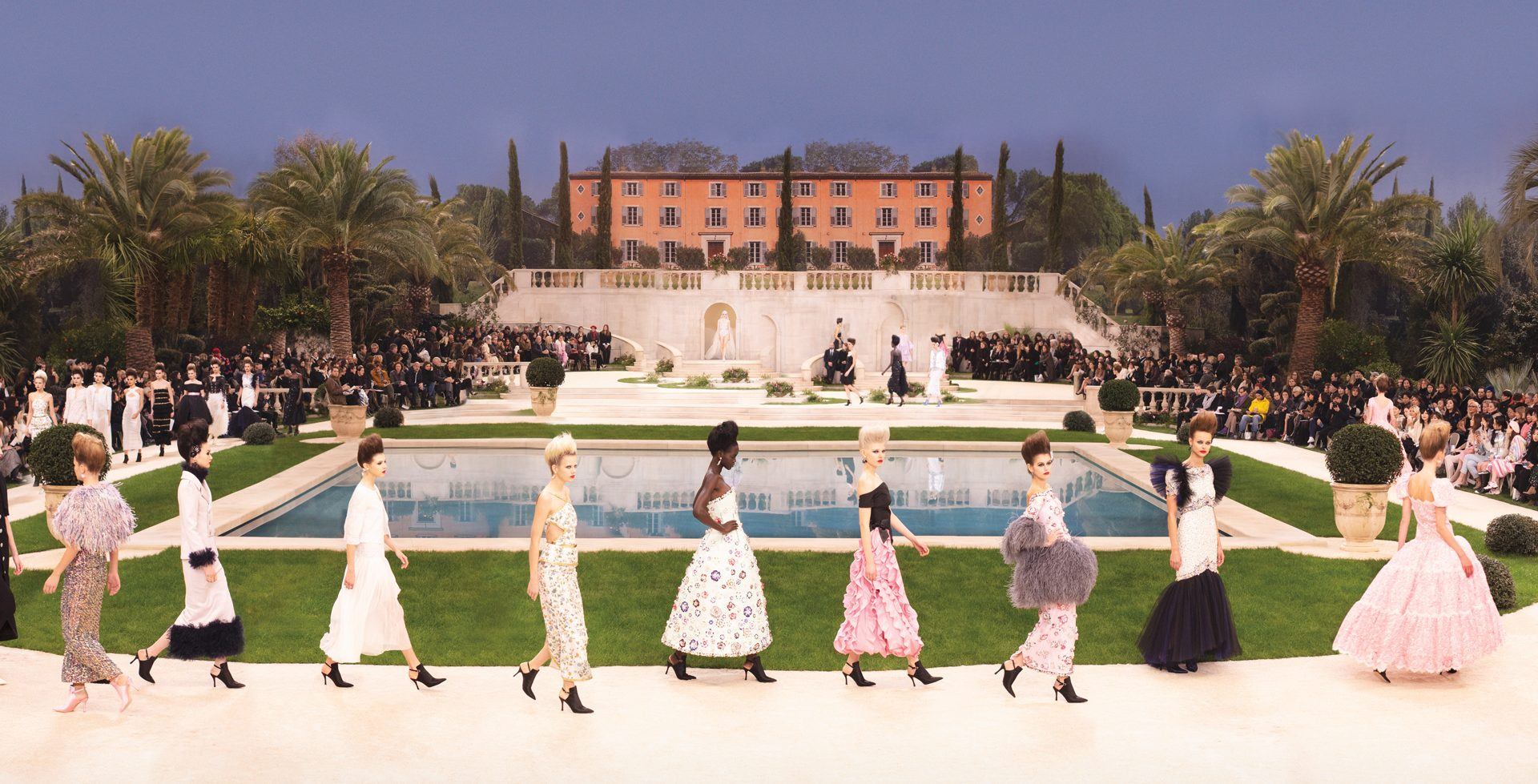 As Chanel’s creative director, the late Karl Lagerfeld transformed Paris’s historic Le Grand Palais into everything from an island paradise with 266 tons of sand to a NASA-worthy launch site centered around a massive Chanel-emblazoned rocket ship for his irresistible fashion shows. These elaborate spectacles are among the 21 documented in the new book Lagerfeld: The Chanel Shows by renowned British photographer Simon Procter. In addition to sweeping panoramic photos of the imaginative sets, the tome also captures Lagerfeld’s coveted designs in exquisite detail. Yet it’s Procter’s personal account of the iconoclast that paints the most revealing portrait. “He made people laugh and was polite to the point of graciousness,” writes the lensman in the book’s preface. “I think we can all learn something from that.” Rizzoli, $75 With exhibitions by everyone from Hilma af Klint to Frida Kahlo making recent headlines, women artists may finally be getting their due. It’s fitting, then, that Phaidon is releasing this comprehensive book featuring over 400 pioneering female talents across half a millennium—all of whom made an indelible mark on the art world. Phaidon, $60

Recommended: Bronson van Wyck Shares How to Create the Most Memorable Events For 16 years Gideon Lewin served as printmaker and assistant to fabled photographer Richard Avedon, whose penetrating portraits of glamorous celebrities graced the pages of Vogue and Harper’s Bazaar. Filled with more than 200 photographs, this handsome volume also contains previously unheard anecdotes from Avedon’s most well-known exhibitions and shoots. PowerHouse Books, $70 5. Worn on This Day: The Clothes That Made History

To compile this engrossing almanac, fashion historian Kimberly Chrisman-Campbell plucked 365 outfits from the past, one for each day of the year. Featuring everything from Wallis Simpson’s wedding gown (June 3) to the tattered clothing worn by a 9/11 survivor, the diverse selection of garments is rife with lessons about the enduring power of what we wear. Running Press, $15 6. Near and Far: Interiors That I Love

Dive into designer Lisa Fine’s beautifully layered estates in Dallas, New York, and Paris, as well as the far-flung locales where she finds herself returning to for inspiration. Penned by Deborah Needleman and shot by Miguel Flores-Vianna, the tome also explores such gems as the 18th-century home of Swedish naturalist Carl Linnaeus, John Stefanidis’s Greek island retreat, and the Moroccan home of Jamie Creel and Marco Scarani. Vendome Press, $60 Is there anything designer Timothy Corrigan can’t do? In his first book, An Invitation to Chateau du Grand-Lucé, the Los Angeles–based talent chronicled the arduous but rewarding task of overhauling a timeworn (to put it mildly) 45,000-square-foot landmark nestled in the idyllic French countryside. Now Corrigan is releasing the highly anticipated follow-up, The New Elegance: Stylish, Comfortable Rooms for Today (Rizzoli), which features a diverse array of projects, including a prominent philanthropist’s 36th-floor apartment in Chicago, a Doha palace presided over by the Qatari royal family, and even the designer’s own sumptuous Paris pied-à-terre. Rizzoli, $60 For his first book, acclaimed Paris designer Pierre Yovanovitch gathers some of his most extraordinary projects, from an enchanting château in Fabrègues, France, to a former skating rink in Brussels. (The latter is now an art space owned by Philippe Austruy and Valérie Bach, whose Yovanovitch-designed residence was featured in Galerie.) Known for his masterful ability to conjure the perfect setting for blue-chip works of art, the designer has crafted a spellbinding volume that is definitely worth the wait. Rizzoli, $65 Rule-breaking fashion designer Rick Owens burst onto the scene in 1994 with a daring collection of grunge-meets-glamour looks that caused a stir among the fashion crowd. This 200-page hardcover shot by Danielle Levitt distills his subversive aesthetic in all of its gritty glory. Rizzoli, $55 Known for tailoring interiors with bespoke furnishings and striking works of art, Rome-based architect Achille Salvagni has rightfully earned a spot as one of today’s leading creatives. Written by Pilar Viladas, the book features themed chapters on elements such as craftsmanship, heritage, harmony, and color. Rizzoli, $65 Master of minimalism Axel Vervoordt has been crafting refined interiors for half a century, along the way snapping up A-list clients, including Kim Kardashian and Kanye West. His latest book features 18 standout residences (two of which are his own), among them a converted 17th-century military barrack complete with its own Japanese minka. Flammarion, $75 No matter how large or small, a good party is a perfect blend of delicious food, the right guests, lively entertainment, and beautifully executed decor. One man who has mastered the recipe with unprecedented savoir faire is Bronson van Wyck, who has planned some of the most memorable galas, weddings, and over-the-top soirees for clients from Madonna and President Barack Obama to St. Regis Hotels & Resorts and Bergdorf Goodman. Now he’s breaking down the details of some of his most fabulous fêtes in his first book, Born to Party, Forced to Work (out this October from Phaidon), and sharing the secrets of entertaining in a 21st-century, Instagram-happy world. “The underlying principal of hospitality never changes—the forms are the only things that change,” says Van Wyck. “We’re liberated today in that we can take from custom what we want, what’s useful to us, then ignore or let fall aside the things that aren’t.” Phaidon, $80

A version of this article first appeared in print in our 2019 Fall issue. Subscribe to the magazine.