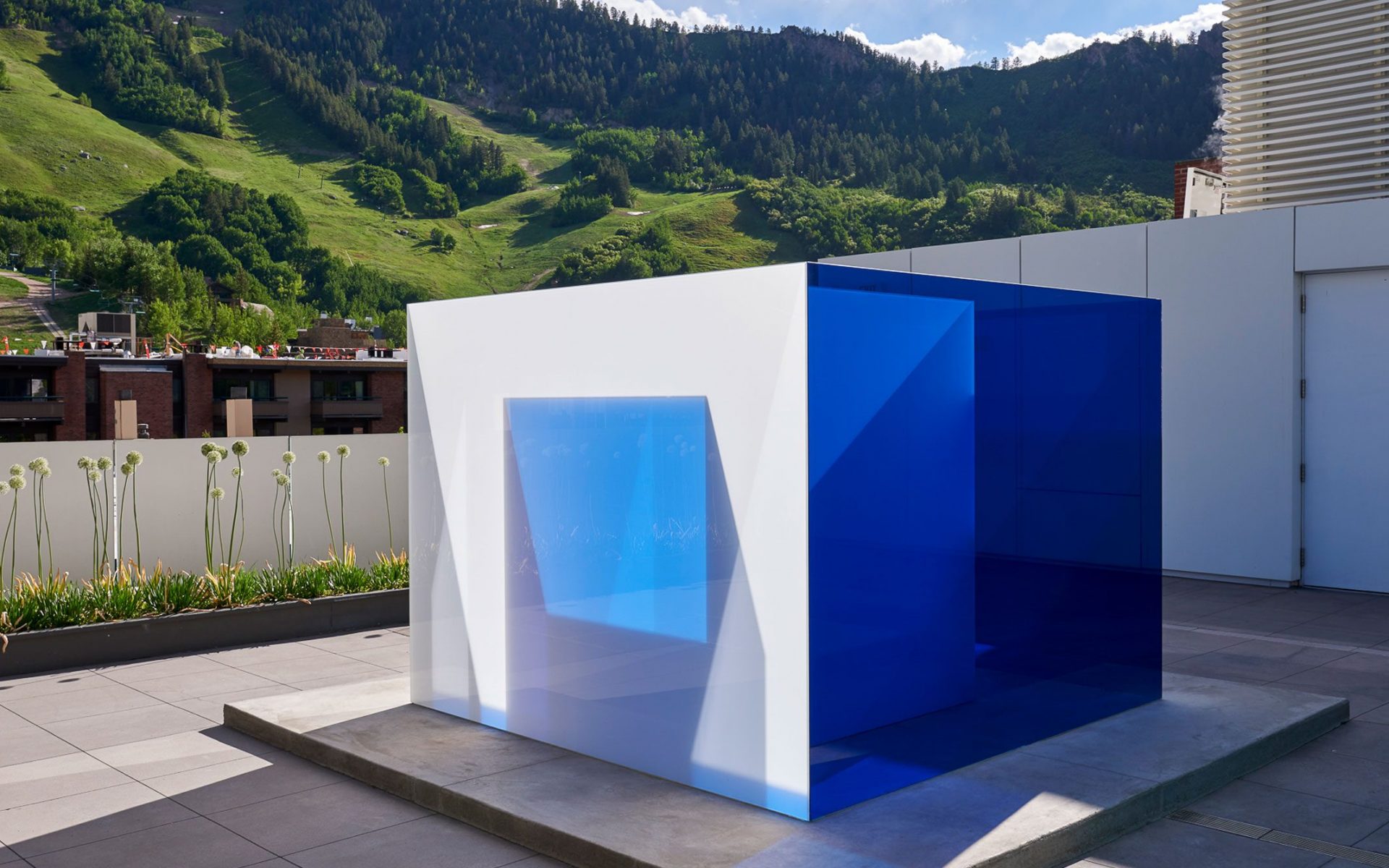 From the Aspen Art Museum's Larry Bell show to the boutique Art Aspen fair, here are the can't-miss cultural offerings

Nestled high up in the Rocky Mountains of Colorado, Aspen has been a cultural haven since the 1970s. An Alpine paradise, where the jet set ski in the winter and hike in the summer, Aspen and its environs are home to a major museum exhibiting international artists, an art center with visiting artists and workshops in all mediums, a boutique-style art fair, a handful of quality galleries and some exciting public art. Here, we highlight a selection of summer art offerings that visitors won’t want to miss. Aspen’s most prestigious art world gathering, ArtCrush is the Aspen Art Museum’s annual (August 1-3) summer fundraiser. Attracting international collectors, gallerists, artists and museum professionals, the benefit events kicks off with WineCrush, hosted by collectors Amy and John Phelan, followed by PreviewCrush and PreviewExtra, the first-look at artworks contributed by such celebrated artists as Ursula von Rydingsvard, James Turrell and Rashid Johnson, the 2018 recipient of the Aspen Award for Art, at Baldwin Gallery and Casterline | Goodman Gallery. The fundraising activities come to a climax with ArtCrush, a dinner and auction at Buttermilk Mountain, and the three-day event wraps with AfterPartyCrush, featuring the sounds of legendary DJ Jellybean Benitez, at Belly Up Aspen. Founded in 1977 as the Aspen Center for Visual Arts, the Aspen Art Museum (AAM) changed its name in 1984 and moved into its expansive Shigeru Ban-designed building in the summer of 2014. This summer, the range of exhibitions include a solo show of work by French-Moroccan artist Yto Barrada exploring the ways children learn and create; a dynamic rooftop presentation of West Coast Light and Space artist Larry Bell’s blue, large-scale, laminated glass cubes; and the first museum exhibition largely devoted to New Yorker Cheryl Donegan’s abstract paintings, combined with dresses she created for a fashion line commissioned by the museum. The Barrada exhibition is on view until November 25, while Bell and Donegan run through December 16. Baldwin Gallery, Aspen’s oldest and most venerable art dealer, opens side-by-side solo shows on July 27 with new pieces by Gary Simmons and Marilyn Minter. Simmons premieres big works on paper with smudged chalk words referencing the history of black cinema, such as James Russell’s starring role in the 1912 silent movie A Fool and His Money, while Minter exhibits seductive photos of femme fatales and her glittery, shoe-fetish video Smash, which debuted at the Brooklyn Museum’s Killer Heels exhibition in 2014. Neo-expressionist painter Marcus Jansen presents a group of gestural landscapes at Casterline | Goodman Gallery (through August 5) and Marianne Boesky Gallery, which opened its Aspen project space in 2016, features The Haas Brothers’ surreal art and design objects, ingeniously crafted in bronze, marble, porcelain and fur, through August 25.