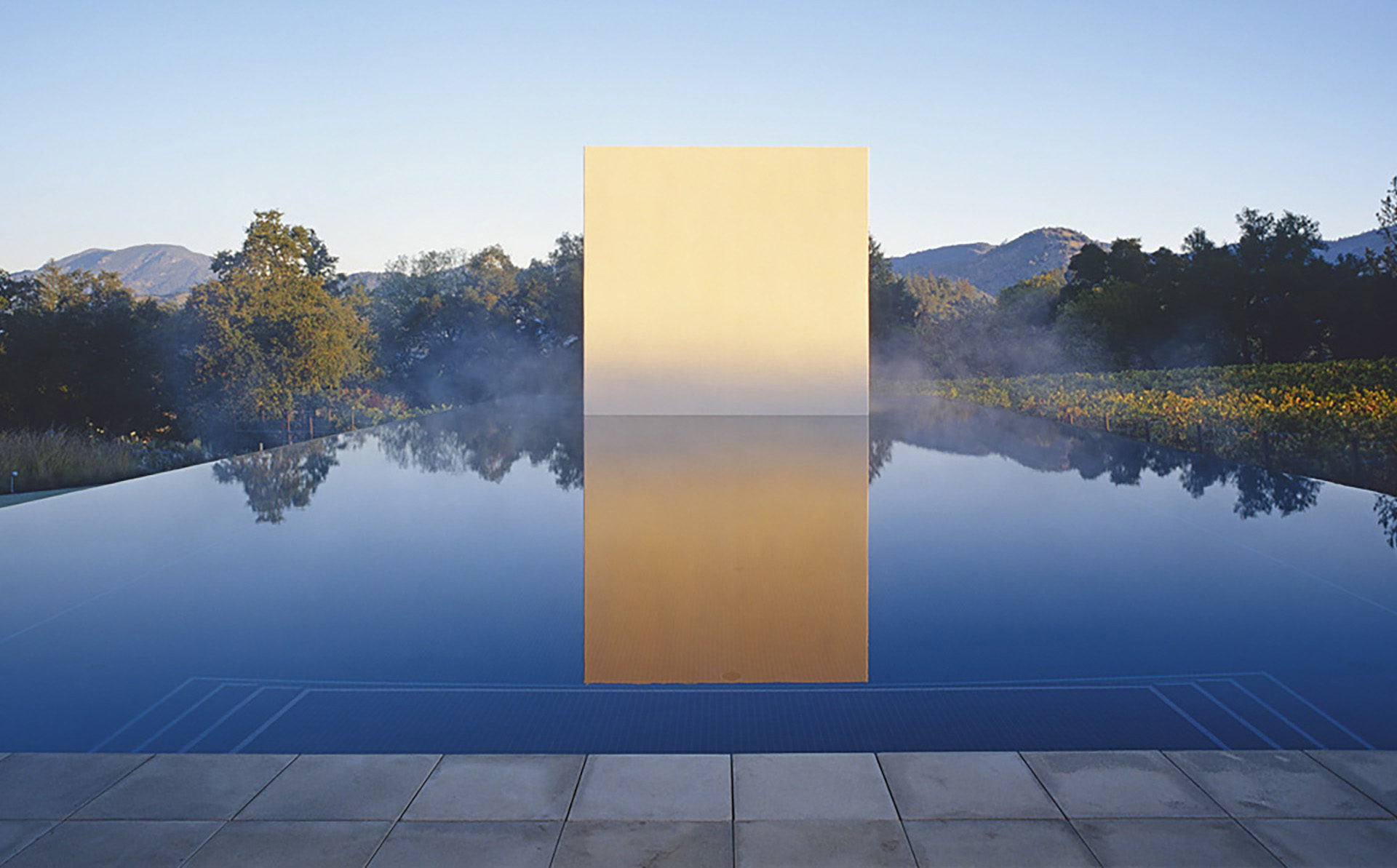 9 Unexpected Places to See James Turrell Artworks Around the World

In 2013 the Solomon R. Guggenheim Museum in New York honored light artist James Turrell with a solo show that drew thousands of visitors each day. It was, according to Artsy, the most visited museum exhibition of the year. Fortunately, Turrell’s atmospheric illuminations are not restricted to limited-run museum shows—they can be found all over the world as permanent installations. We’ve picked nine of our favorite Turrell pieces, from his famous skylights to a massive earthwork, that are situated in amazing settings across the globe.

In 2016 Turrell took over a 20th-century chapel in Berlin’s Dorotheenstädtische Cemetery, creating a site-specific piece that, like many of his other works, changes based on the time of day. It’s only viewable through guided tours, which take place on Mondays and Saturdays just a half-hour before sunset. You’ll want to buy your tickets in advance to guarantee a spot on the tour. The chapel is open for prayer after the tour from September to May. evfbs.de A 600-year-old temple complex—which is now a hotel, restaurant, and art gallery—in the Chinese capital is the site of Turrell’s Gathered Sky. One of his iconic “skyspaces,” the work features a minimalist room with a skylight in the center. Visitors are ushered into the space during sunset to enjoy the changing of the natural light and its interplay with the artificial light of the room. Gathered Sky is open from Friday through Monday for ticketed visitors. Advanced tickets are recommended. Thetemplehotel.com

An example of his “architectural light” series, Light Raiment II illuminates the John F. Wolfe Palm House at the Franklin Park Conservatory and Botanical Gardens. Modeled after the horticulture building at the World’s Columbian Exposition in Chicago, the 1895 glass house is lit by 7,000 computer-controlled LED lights that transform the space each evening. fpconservatory.org Aman’s luxury hotel in Greece, Amanzoe, is home to Turrell’s Sky Plain, which is installed in the property’s Villa 31. The “skyscape” features a 20-by-20-foot white room with black marble benches and, of course, a skylight. The work is only viewable by guests who book Villa 31, or by hotel guests who reserve a seat for a special dining experience that includes a viewing of Sky Plain. aman.com

Ganzfeld: Double Vision and Skyspace: The Color Beneath, Ekebergparken, Oslo

Ganzfeld: Double Vision and Skyspace: The Color Beneath, Ekebergparken, Oslo. Photo: Courtesy of wikimedia and Ekebergparken

Turrell installed not one, but two works in the former reservoir at Ekebergparken Sculpture Park in Oslo. For Ganzfeld, the artist attempts to play with the viewers sense of perception, using colorful ambient lighting in an all-white space; Skyspace, like the other works in the series, features a skylight in a small chamber. Free tours are held on Sundays, and it is recommended that visitors make a reservation in advance. The park also hosts special events, like concerts, in the spaces. ekebergparken.com

If you’re looking for adventure, consider making the trek to the James Turrell Museum, which is part of the Hess Art Collection, located on the Colóme Winery and Estate in Molinos, Argentina. It’s a 4.5-hour drive from the nearest major city, Salta, but travelers who tackle the journey are rewarded with nine rooms of Turrell light works, including Unseen Blue, the largest “skyspace” in the world. bodegacolome.com Located a three-hour drive northwest of Tokyo, Turrell’s House of Light is one of the most immersive of all his works. The piece is not only a light installation, but a house full of them—and you can stay there overnight. The artist not only designed the house using traditional methods and materials (think tatami mats and shoji screens), but also created site-specific works including a “skyspace.” You can reserve the three-bedroom house as a group, or select a single bedroom and share the space with other guests. hikarinoyakata.com

Unlike many of Turrell’s other “skyspaces,” Twilight Epiphany does not exist within a small, enclosed room; rather it is a two-story indoor-outdoor pavilion that serves as a music venue on the campus of Rice University. In fact, the entire structure is acoustically engineered for that purpose. But, like his other works, it also puts on an incredible 40-minute light show timed to sunrise and sunset. skyspace.rice.edu Turrell’s magnum opus involves a volcano—yes, a volcano. He purchased the Roden Crater, a volcanic cinder cone, in 1977 and has since been transforming it into a massive piece of land art. With its remote location in the desert, Roden Crater is the perfect site to view the night sky, and Turrell intends to make it a naked-eye observatory in which people can survey both the stars and the Earth’s geology. As the work is still incomplete (only six of 27 viewing spaces and tunnels have been finished), visitors are not permitted inside, though in 2015, Turrell allowed guests in for a price of $6,500. rodencrater.com