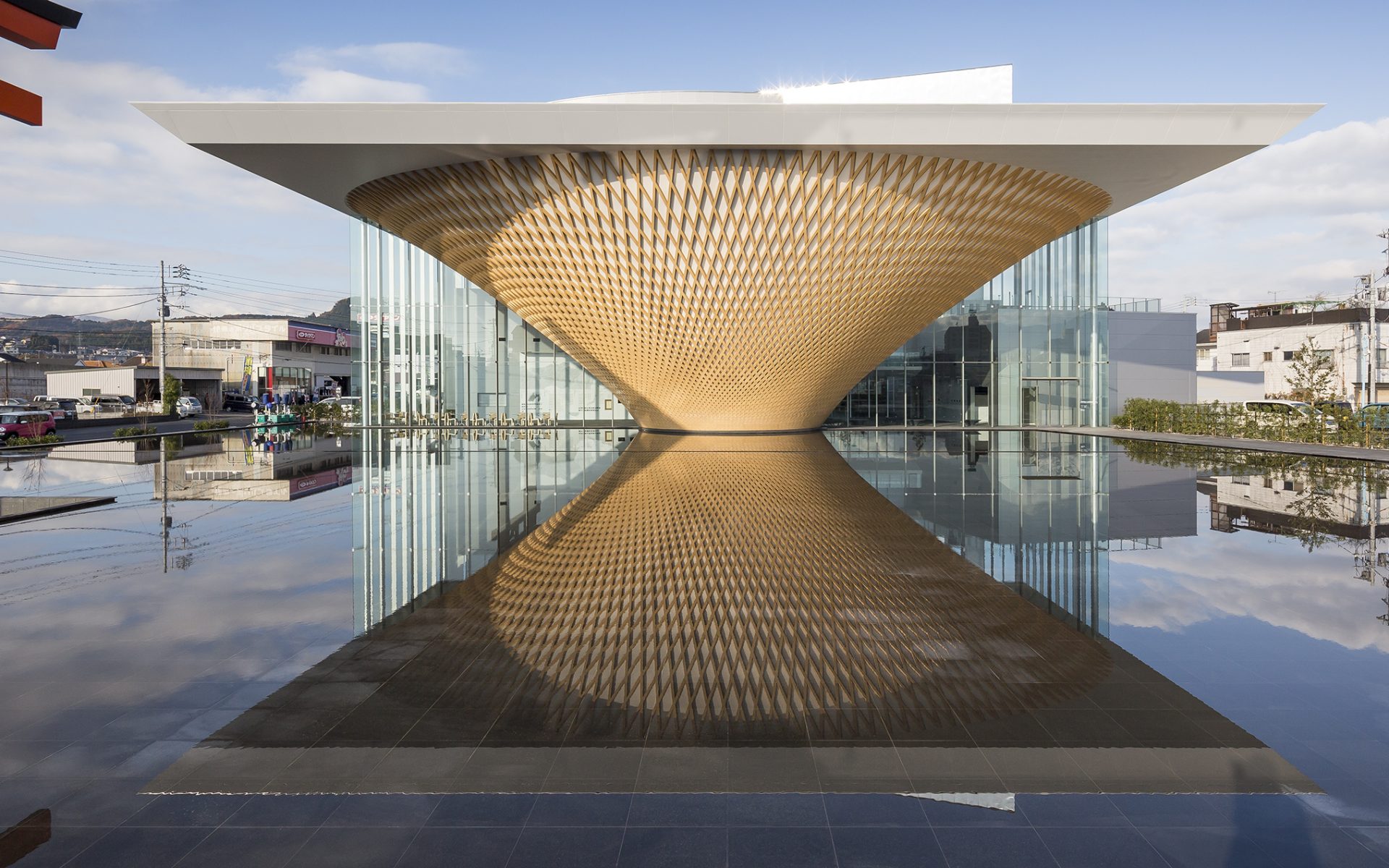 Sometimes an icon begets another icon. Such seems to be the case in the Japanese city of Fujinomiya, which is a two-hour drive southwest of Tokyo and 20 miles from Mount Fuji. After the country’s tallest and most revered peak became a UNESCO World Heritage Site in 2013, the city held a competition for the design of the Mount Fuji World Heritage Center. Opened in December, the winning entry by architect Shigeru Ban has become an attraction all its own. The structure’s five-story, timber-lattice cone shape inverts the dormant volcano’s tapered form to striking effect. Inside, a 633-foot-long spiral ramp leads visitors through a series of exhibition galleries, culminating with a monumental picture window that frames perfect views of the snowcapped mountain.