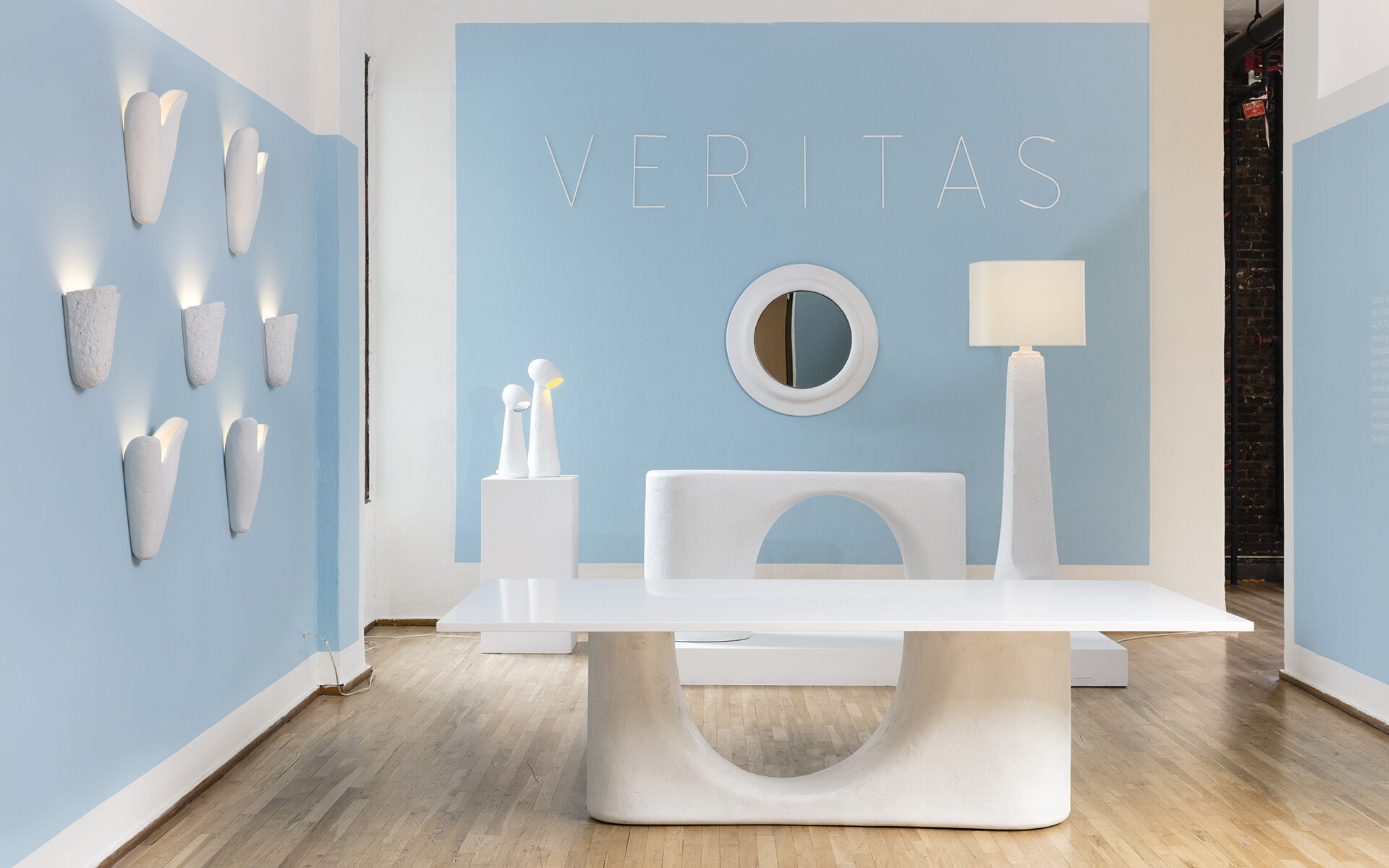 From Cartier’s exhibition at the Dallas Museum of Art to architect Lee F. Mindel’s new sculptural furnishings at Ralph Pucci 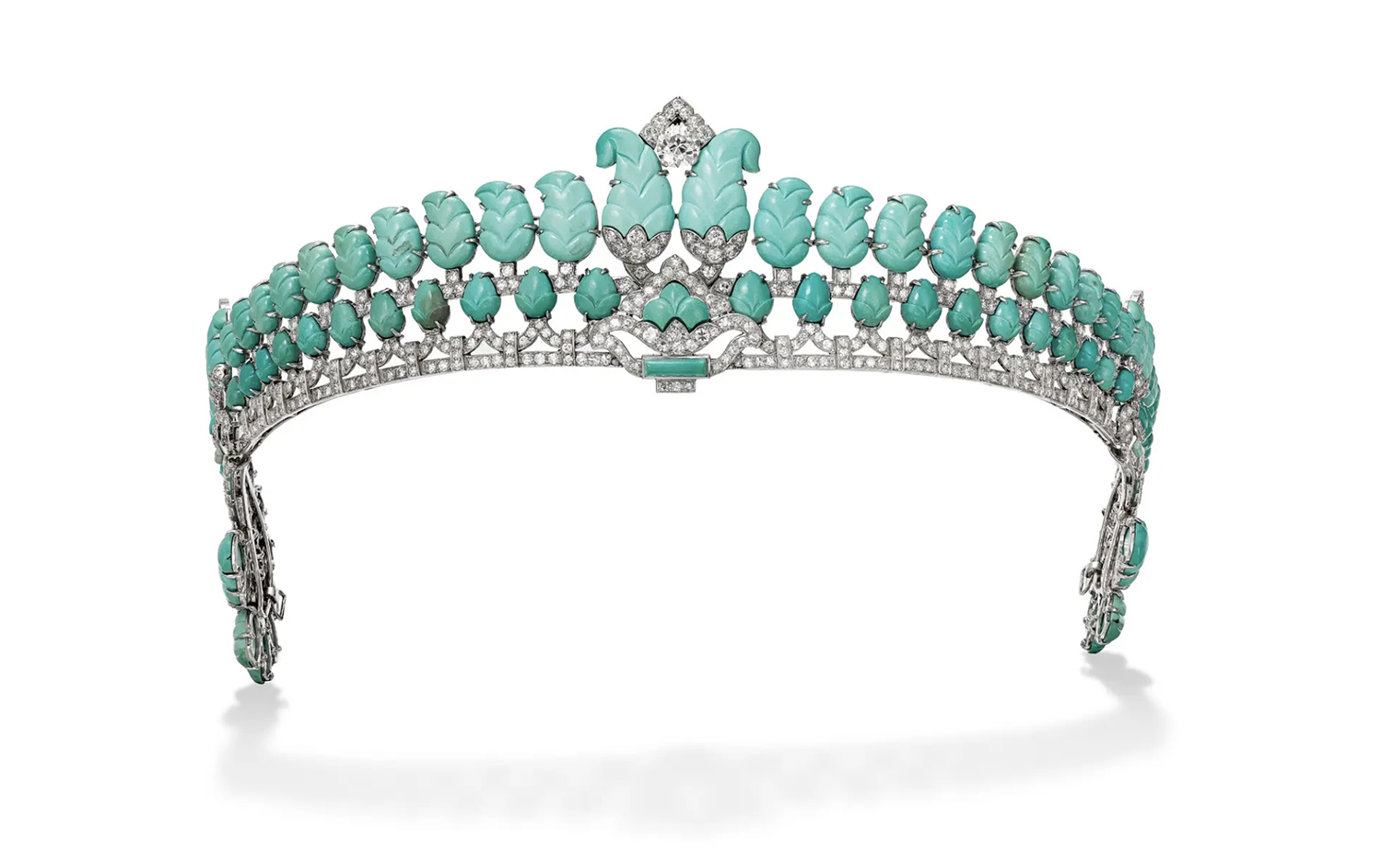 1. Cartier Explores the Influence of Islamic Art in Groundbreaking Exhibition in Dallas

The enduring influence Islamic art has had on Cartier’s world of jewelry and precious objects goes under the spotlight in “Cartier and Islamic Art: In Search of Modernity” at the Dallas Museum of Art. On view through September 18, the sweeping exhibition first debuted at the Musée des Arts Décoratifs in Paris last fall. The show brings together some 400 objects from the DMA’s own holdings as well as other major international collections and includes Louis Cartier’s exquisite personal collection of Persian and Indian art, as well as work of the designers of the Maison Cartier from the early 20th century to present day. Visitors will also find a selection of rare archival materials and drawings. “For over a century, Cartier and its designers have recognized and celebrated the inherent beauty and symbolic values found in Islamic art and architecture, weaving similar elements into their own designs,” says Dr. Agustín Arteaga, the DMA’s Eugene McDermott Director. “The design strategies in this exhibition—motif, pattern, color, and form—reveal the inspirations, innovations, and aesthetic wonder present in the works of the Maison Cartier,” adds curator Sarah Schleuning. Don’t miss this 1936 turquoise tiara, featuring a dazzling repeated palmette motif. —Lucy Rees 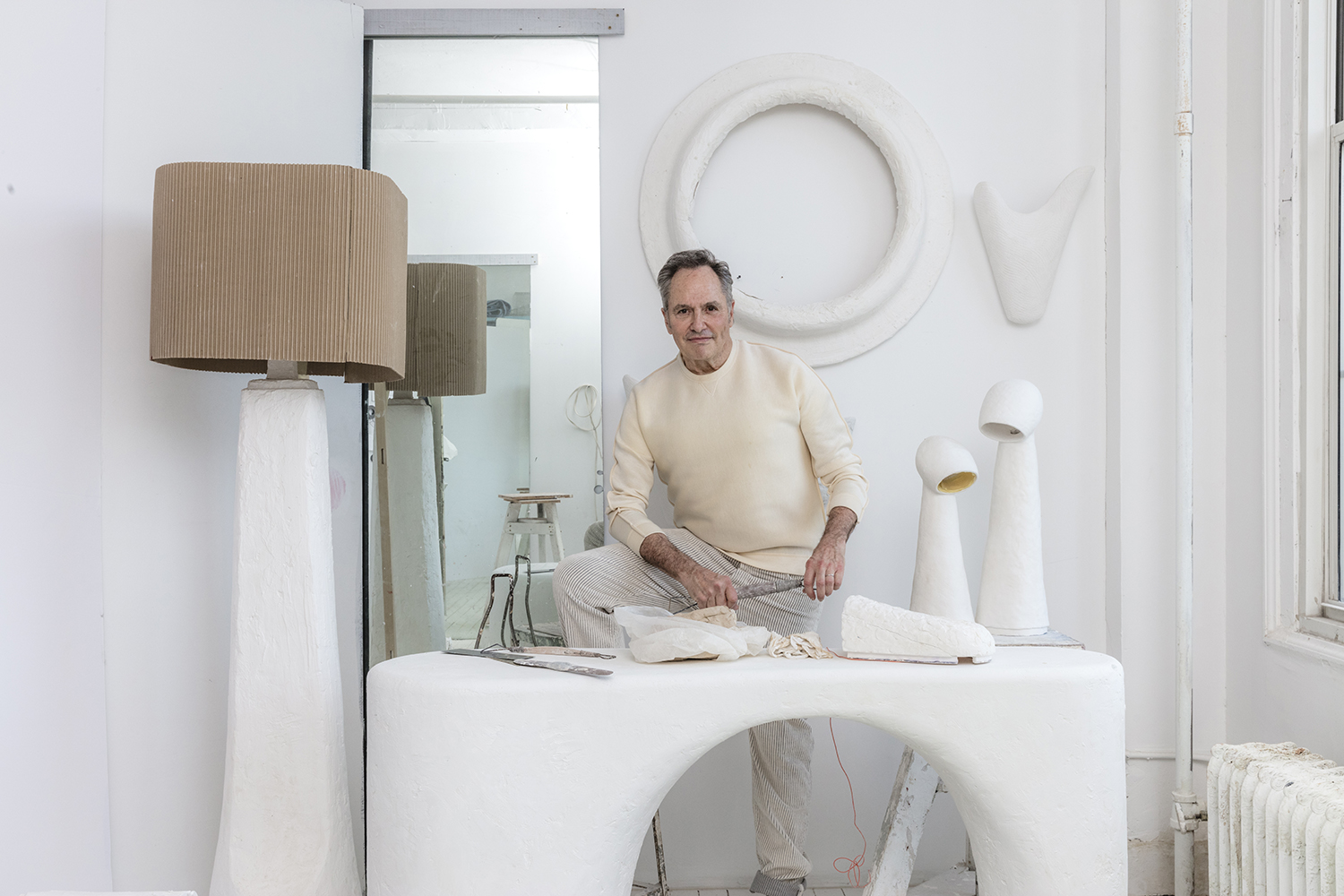 Known for conjuring elegantly minimalist interiors studded with major works of art, architect Lee F. Mindel (whose dynamic Chelsea duplex was featured in Galerie’s Fall 2020 Issue) has conceived a poetic collection of furniture and lighting that recalls the work of Diego Giacometti, Jean-Michel Frank, and Isamu Noguchi. The ten-piece line, just unveiled in the “Veritas” exhibition at Ralph Pucci’s Manhattan gallery, is the result of Mindel’s months as an artist-in-residence at Pucci’s New York sculpture studio, where he worked alongside master sculptor Michael Evert using Plasterglass, a proprietary hybrid material. “You have to ask the material what it wants to be in terms of form, structure, and finish. Because the pieces are manufactured right here in the Pucci workshop you also have to factor in the skills of the workers who create incredible handmade works of art,” says Mindel. Plans to expand the collection are underway (with some pieces cast in bronze) and will use preexisting casts to economize the manufacturing process. —Geoffrey Montes 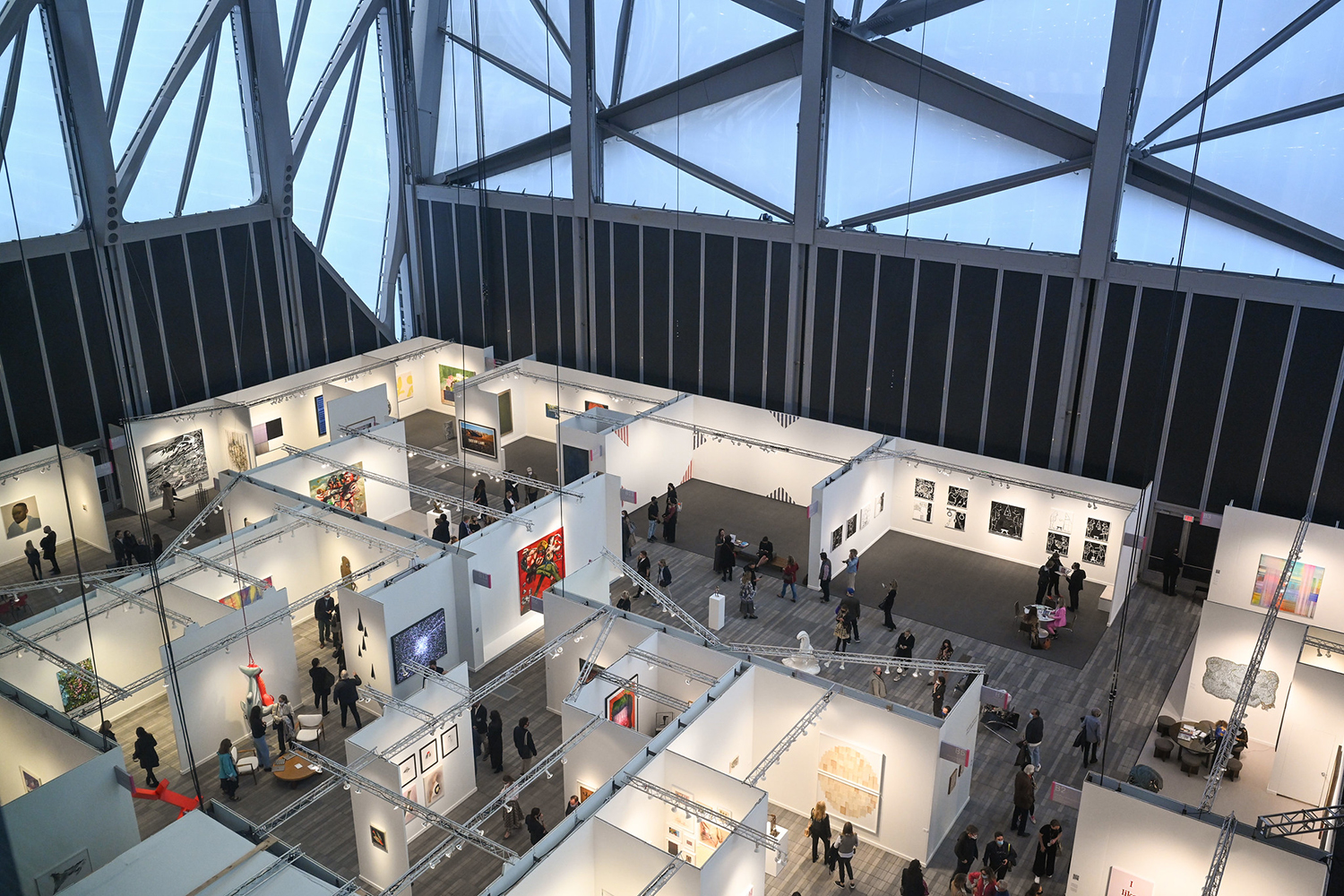 Frieze at the Shed. Photo: Courtesy of Frieze

Under the leadership of new director Christine Messineo, Frieze New York returns for its second year at the Shed in Hudson Yards with a scaled down version  of 65 of the world’s most important galleries. On view from May 18-22, the fair is celebrating its tenth New York anniversary by highlighting the non-profit institutions that have shaped the city’s wider arts landscape over the past decades, paying tribute to their continued groundbreaking work. “We are collaborating with vital, New York–based non-profits that are also celebrating anniversaries. Their support of emerging visual and performing artists, especially women, Black, and LGBTQ practitioners, reflects the spirit of many of the artists exhibited at this year’s fair,” says Messineo. “The mission of these organizations remains as urgent as when they were founded in the 1970s, and Frieze New York pays tribute to their creative lives.” Other fairs to check out this week include Volta at  548 West 22nd Street; 1-54 at Harlem Parish, 258 West 118th Street; the Photography Show Presented by AIPAD at Center 415, 415 5th Avenue; and the 26th edition of Salon Zürcher at Zürcher Gallery, 33 Bleecker Street. —L.R. 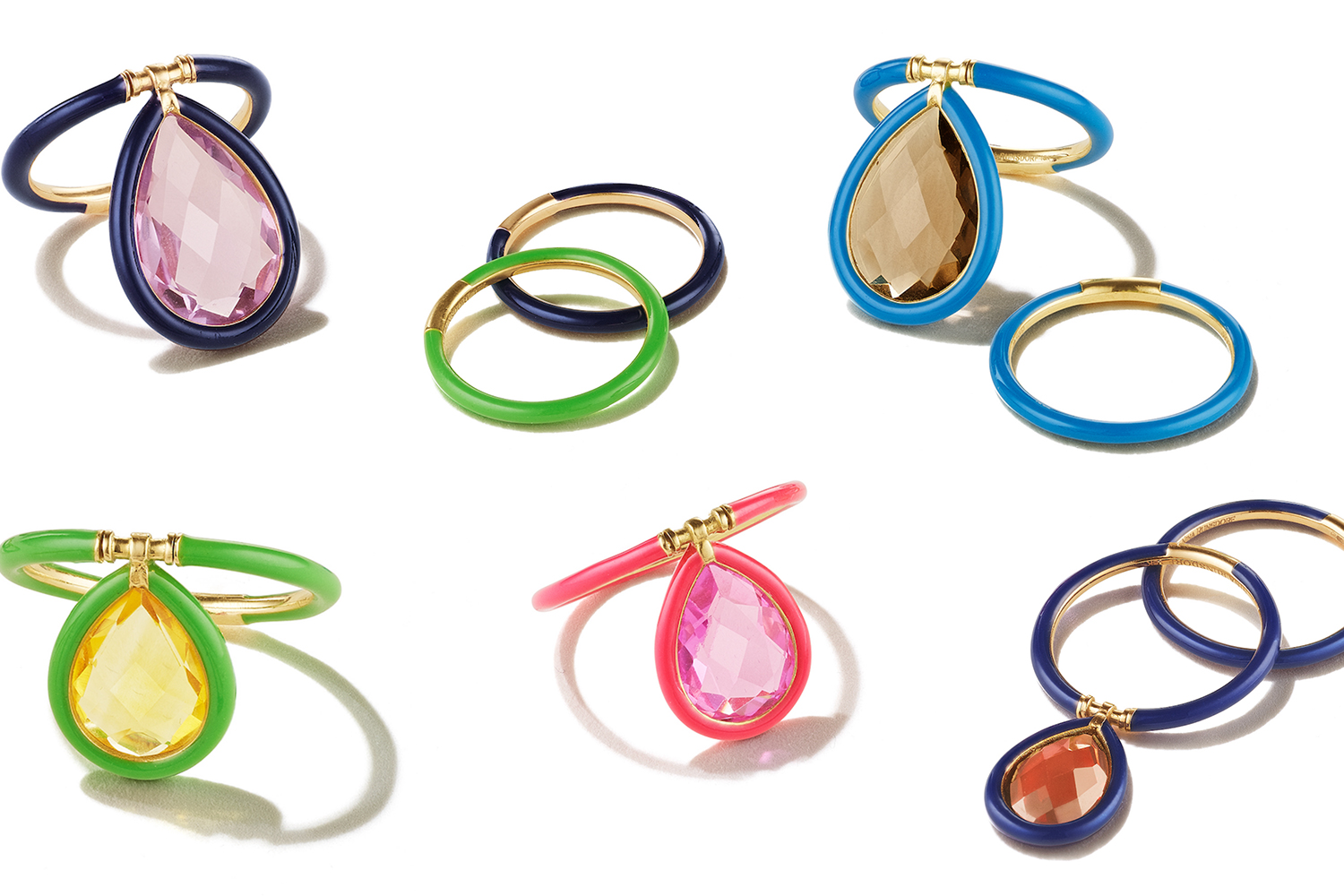 For Nina Runsdorf, jewelry and art go hand in hand. Looking to her own passion for collecting, the jeweler has reimagined her signature flip rings in color combinations inspired by the paintings on the walls of her own home. Dubbed the “Artist Collection,” the line borrows inspiration from the palettes of such buzzy talents as Shara Hughes, Jack Greer, Enoc Perez, Ahmet Ertug, and Samuel de Saboia. “I love how art opens my mind and helps me imagine things I wouldn’t think of,” says the jeweler, who is known for her inventive settings and cuts. A mix of flip rings, bands, and hoops, the collection—which is exclusively available in store at New York’s Dover Street Market—bursts with vibrant hues provided by painted hot enamel and semi-precious stones like pink topaz, smoky topaz, rose de France, citrine, and garnet. “The collection is super light-hearted,” says Runsdorf. “You can stack the colors and wear them with everything.” —Jacqueline Terrebonne 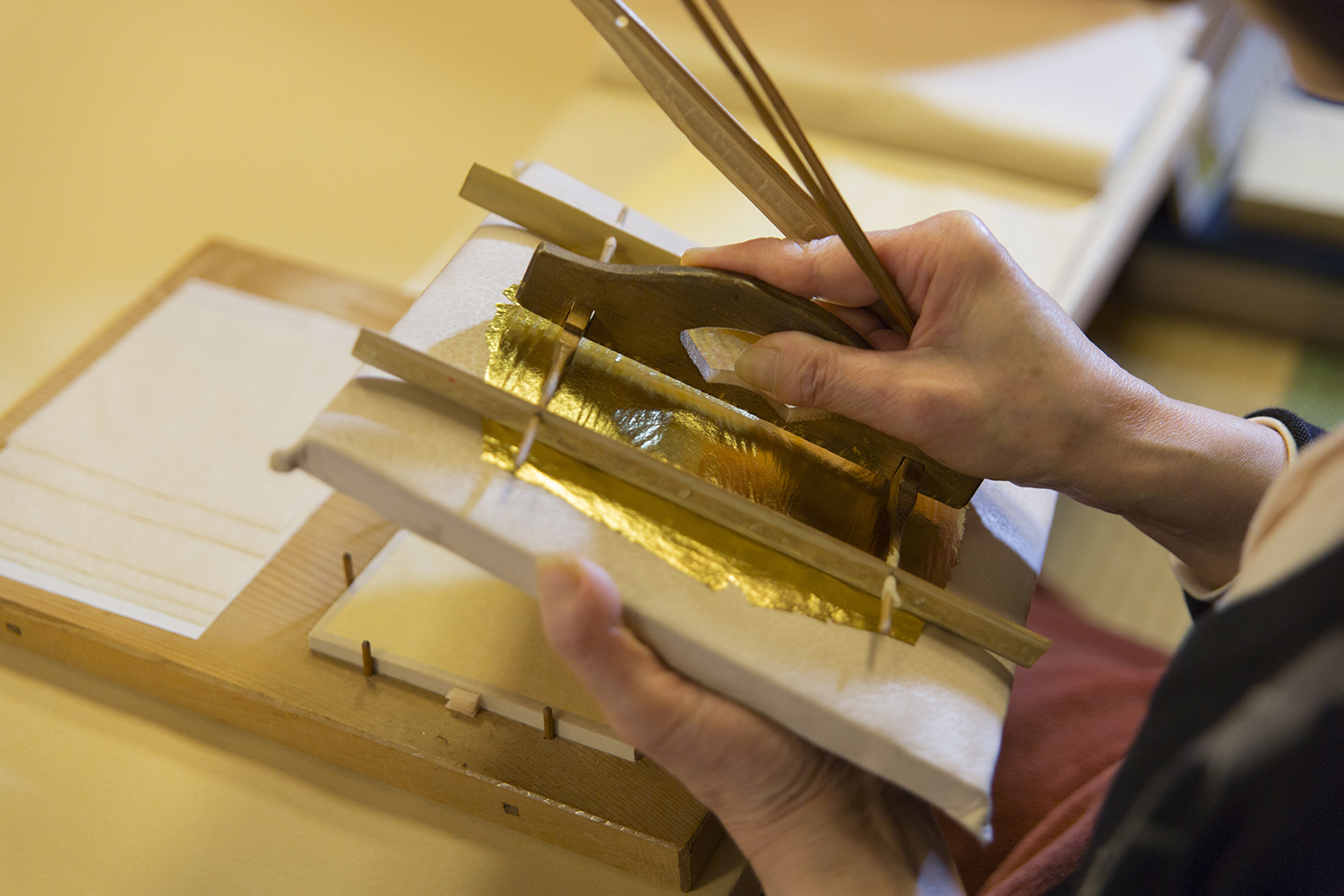 An ancient practice in Japanese culture, the fine art of gold leaf can be found throughout the country’s illustrious history, used in everything from pottery and clothing to traditional architecture. This year, a new one-of-a-kind training program spearheaded by Tiffany & Co. and the World Monuments Fund will launch in Japan’s costal city of Kanazawa. Limited to just eight lucky applicants, those selected will be trained in the fundamentals by masters in the field, and later take that knowledge to work five days a week in the workshops of Kanazawa’s most esteemed gold leaf artisans. The debut of this program comes in honor of two very special anniversaries—50 years since Tiffany & Co.’s arrival in Japan and the 20 years of the World Monuments Fund’s work in the country. —Shelby Black 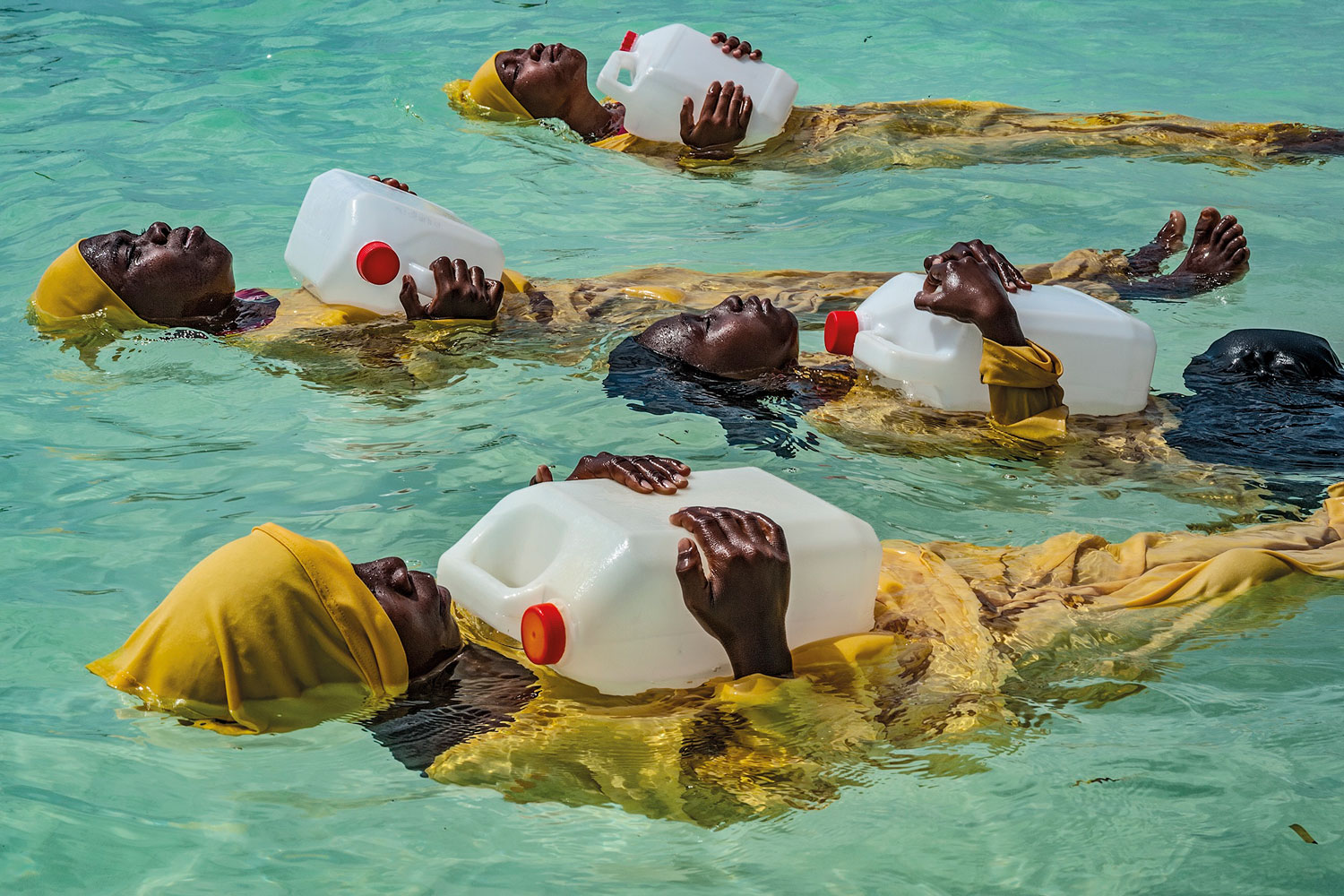 6. The Photography Show presented by AIPAD Opens in Midtown

Every spring, art collectors and image makers know to beeline to the Photography Show presented by AIPAD to get a first look at what’s new and exciting in the world of photography, from the emerging photographers causing a stir now as well a chance to snag a rare silver gelatin print. This week, the fair will open at its new location, Center415, in midtown Manhattan. Now in its 41st edition, the Photography Show is the longest-running exhibition dedicated to fine art photography highlighting contemporary, modern, and 19th-century photographs. Holding prestigious membership to the Association of International Photography Art Dealers, 49 of the world’s leading photo galleries from nine countries around the globe will be exhibiting. The VIP opening takes place on May 19. —Stefanie Li 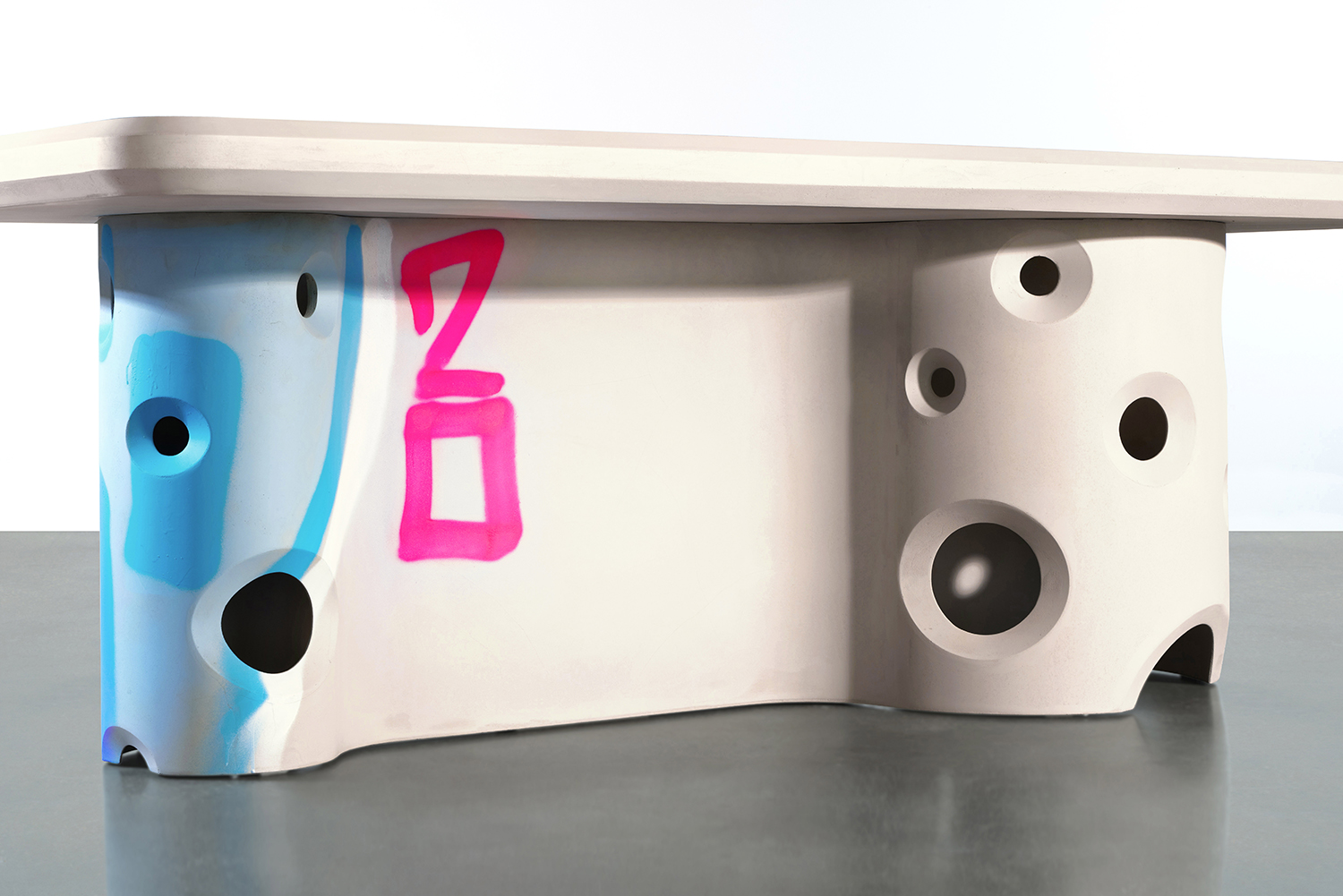 7. One of two Virgil Abloh Efflorescence Desks Coming to Auction at Sotheby’s

When polymathic designer Virgil Abloh passed away last November, he left behind a massive trove of groundbreaking creations still making their way to the market. On May 19, a furniture piece by Abloh will make its debut in a Sotheby’s evening sale with proceeds going to the newly established Virgil Abloh Foundation, which supports emerging talents in fashion, luxury, and other creative pursuits. Estimated to bring between $120,000 and $180,000 in the Now Evening live auction, which includes works by highly sought-after artists including Amoako Boafo, Anna Weyant, Julie Mehretu, Shara Hughes, and Simone Leigh, the Efflorescence desk (2019) comes from Abloh’s inaugural design show at Galerie Kreo in Paris. Made from resin, concrete, and spray paint, it’s one of only two in existence (the other in a private collection) and other samples from the Efflorescence collection continue to be displayed in major museum shows, including the upcoming “Figures of Speech” show opening at the Brooklyn Museum in July.—Jill Sieracki