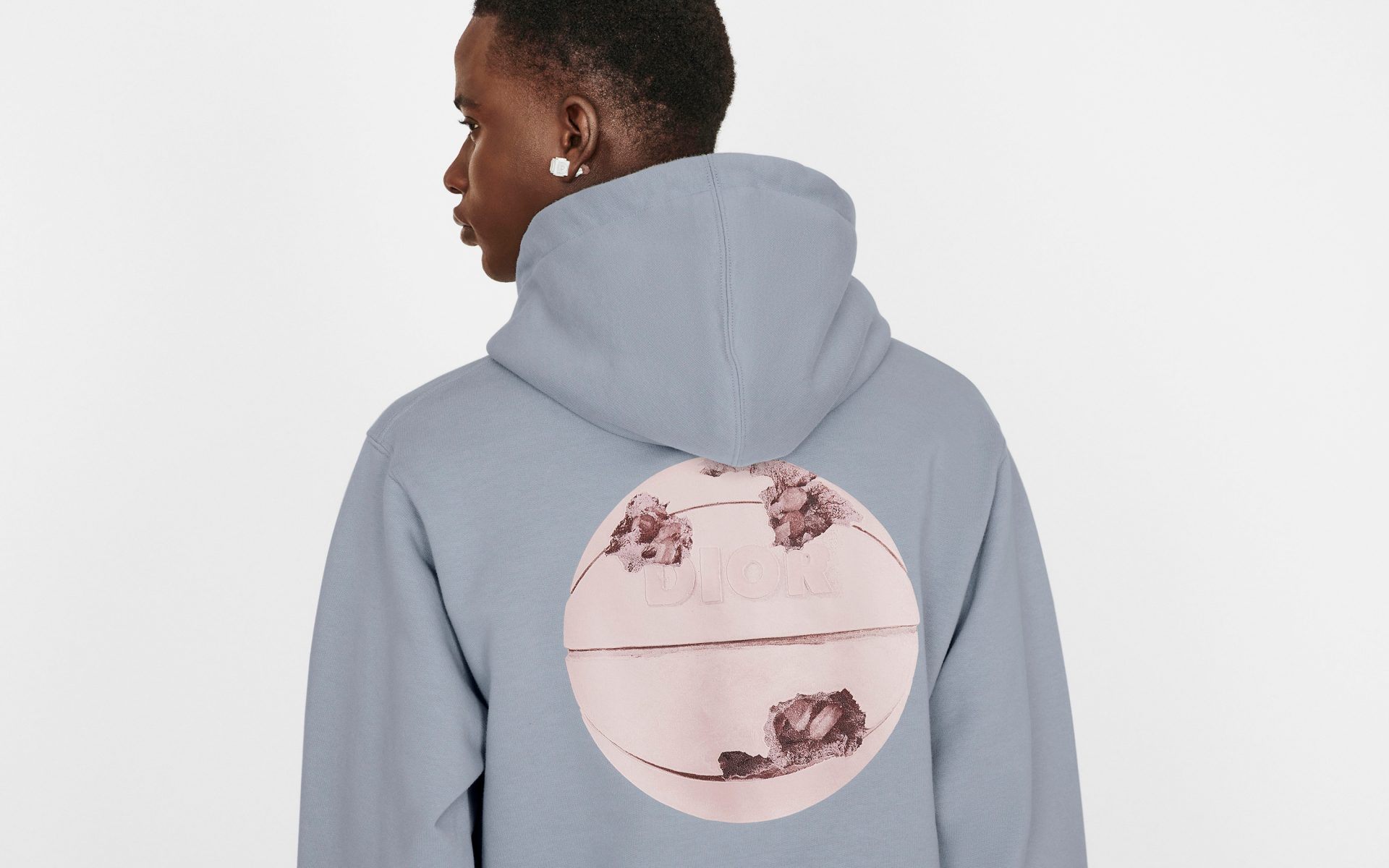 As the world trades in its suits for sweats during COVID-19 stay-at-home orders, it’s no surprise fashion-forward athleisure is top of mind. Over the past several years, luxury designers have increasingly embraced the casual streetwear aesthetic, often tapping contemporary artists in the process, like the ongoing collaboration between Daniel Arsham and Dior. However, no one could have anticipated the extent to which comfort and ease would guide our wardrobes in 2020. Looking to several leading designers, artists, museums, and galleries, Galerie rounded up the best in stylish loungewear guaranteed to make an artful fashion statement on your next Zoom call—and long after. 1. Moschino x Picasso
Never one to shy away from a theme, Jeremy Scott showed a museum’s worth of wearable Picasso looks during his spring 2020 ready-to-wear presentation for Moschino. Grandiose representations of many of the Spanish artist’s iconic Cubist motifs, like harlequins, bulls, and musical instruments, paraded down the runway, but more wearable styles are currently available online. $480, moschino.com An oversize sweatshirt with 3D eroded Dior and Daniel Arsham print, shown front and back. Photo: Courtesy of Dior

2. Dior x Daniel Arsham
Daniel Arsham made his debut with Dior in the summer 2020 men’s collection, when he designed a number of pieces, as well as the set, for the French house’s runway presentation. In keeping with his notable crumbling sculptures, which he calls “Future Relics,” Arsham now has a line of eroded Dior objets, several of which are also printed on sweatshirts and tees. $1,250, dior.com

Recommended: The Most Artful Puzzles to Buy from Museums Right Now 3. Rainbow Contemporary x Richard Phillips, Ryan McGinley, Sarah Cain, and FriendsWithYou
Newly launched collective Rainbow Contemporary champions Technicolor art in hopes of bringing joy to others and supporting charitable causes. The company, which plans to give its digital museum a physical presence in New York in 2021, is currently offering a capsule collection of rainbow-inspired T-shirts. Designs by artists Richard Phillips, Ryan McGinley, Sarah Cain, and FriendsWithYou are being sold with 100 percent of the proceeds benefitting Save the Children; each shirt purchase will provide three meals for a child in need. $45, rainbowcontemporary.com 7. Celine x David Kramer
Artist David Kramer imbued Celine’s spring 2020 menswear collection with the same irony and self-deprecating witticisms that are emblazoned on his paintings. Raffia totes and nylon duffles are paired with sweaters and tees, all featuring different phrases, fonts, and the occasional illustration. $490, celine.com 8. The Whitney Museum of American Art x Edward Hopper
It’s always worthwhile to peruse the gift shops at the major museums, which often print their masterworks on apparel and accessories. Made exclusively for the Whitney, this Print All Over Me pajama set cleverly features an abstracted gradient from Edward Hopper’s Railroad Sunset, a famed painting in the museum’s collection. $190, shop.whitney.org

Recommended: 12 Artful Wallpapers to Bring Botanic Beauty into Your Home 10. Prospect x Judy Chicago
Prospect is a New York–based retailer that partners with contemporary artists on a variety of limited-edition items. Pioneering feminist Judy Chicago has a wide-ranging product line—from dinner plates to goddess candles—with the company. The minimalist garments on offer reference when the artist unapologetically posed in Muhammad Ali’s former boxing ring and wore silk shorts, boxing shoes, and a sweatshirt inscribed with her own name. $95, prospectny.com