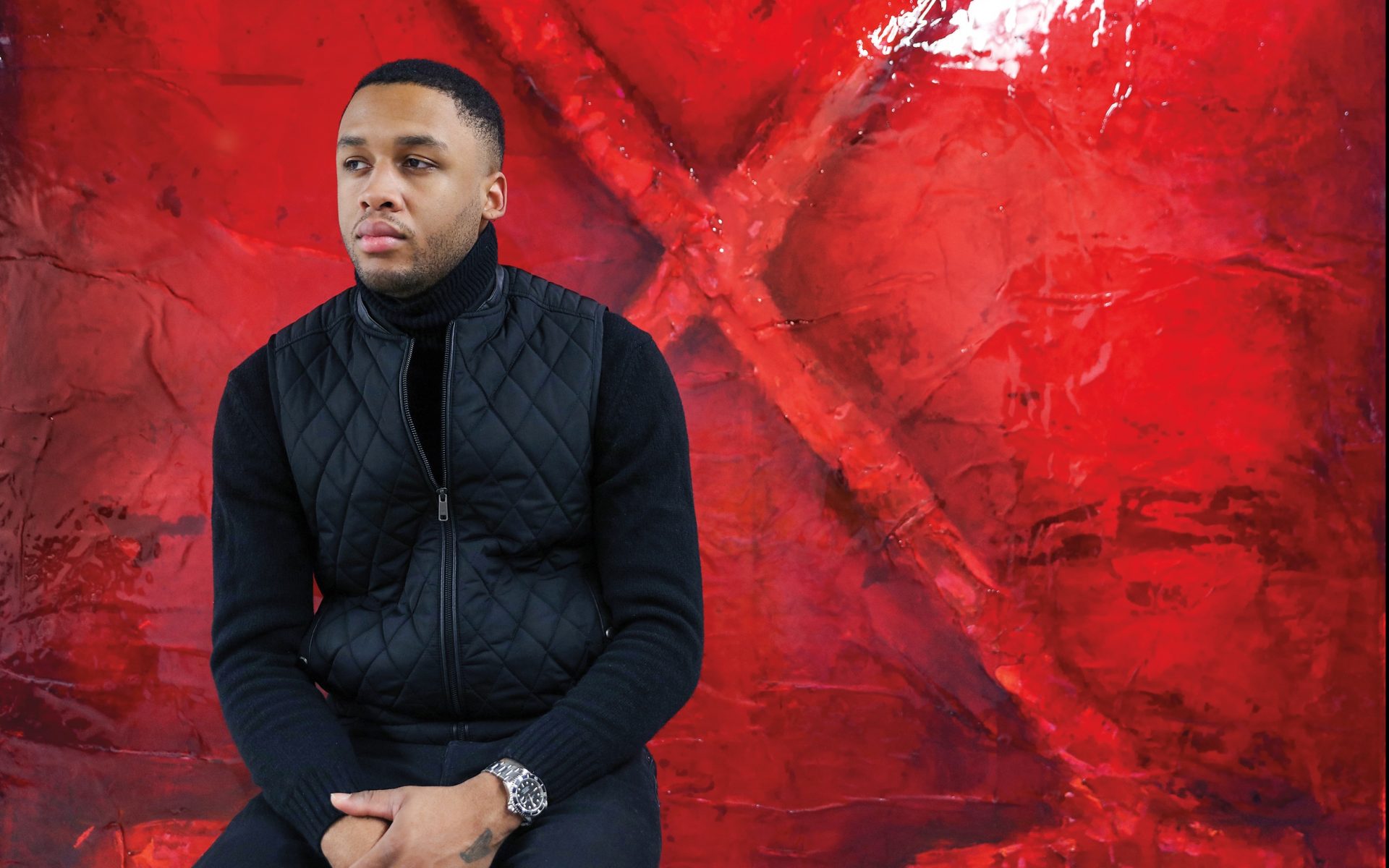 How Artist Vaughn Spann Is Pushing Boundaries with His Poetic Works

The fast-rising talent, who is included in a group show at Gagosian, challenges viewers by defying singular interpretations Spann’s Staring Back at You, Rooted and Unwavering (2018). Photo: Martin Parsekian, Courtesy of Half Gallery

One of the most closely watched young artists today, Vaughn Spann defies easy categorization with a unique practice that swings between figurative painting and mixed-media abstraction. “I ask myself a lot why artists create a signature style,” says Spann. “We are all very diverse, critical people. I am trying to find a way to satisfy the things I grapple with day to day, where they converge or compete or allow for poetry.”

Since graduating from Yale’s MFA program in 2018, Spann has had a sold-out solo show at Half Gallery in New York as well as exhibitions at Almine Rech in London, Night Gallery in Los Angeles, and Takashi Murakami’s Kaikai Kiki Gallery in Tokyo. This fall, his work is included in a group presentation curated by Bill Powers at Gagosian in New York through October 19. “From my first visit to Vaughn’s studio, I was immediately impressed,” says Almine Rech-Picasso, who will mount an exhibition of his art at her New York space in January 2020. “His unconventional narratives challenge the viewer by defying singular interpretations.”

Rich with textures and color, Spann’s work is laden with symbolism that is “conjured from a very personal place.” Take, for example, the “Rainbow” paintings crafted with woven strips of paint-soaked terry-cloth towels. “I was thinking about color and its complexities in the U.S.,” says the artist. “I wanted to put the blackness back into the spectrum. The first one I ever made was an homage to Trayvon Martin, who died with a packet of Skittles and an Arizona Iced Tea in his hand.” Spann’s recent “Dalmatian” series, large-scale abstract canvases made up of black-and-white splotches, are a mediation on his New Jersey childhood where the aggressive guard dogs in his neighborhood were never the firehouse Dalmatians you see in the movies. “They became a symbol of the false American dream,” says Spann. Lately, he has been working as a Studio Fellow at NXTHVN, the New Haven nonprofit arts incubator cofounded by his mentor, artist Titus Kaphar. “Vaughn has a powerful understanding of materiality,” says Mera Rubell, the Miami collector who acquired several of his works, “and challenges himself to push boundaries.” Vaughn Spann, Dalmatian No. 8 Blue, 2019. Photo: Courtesy of the artist