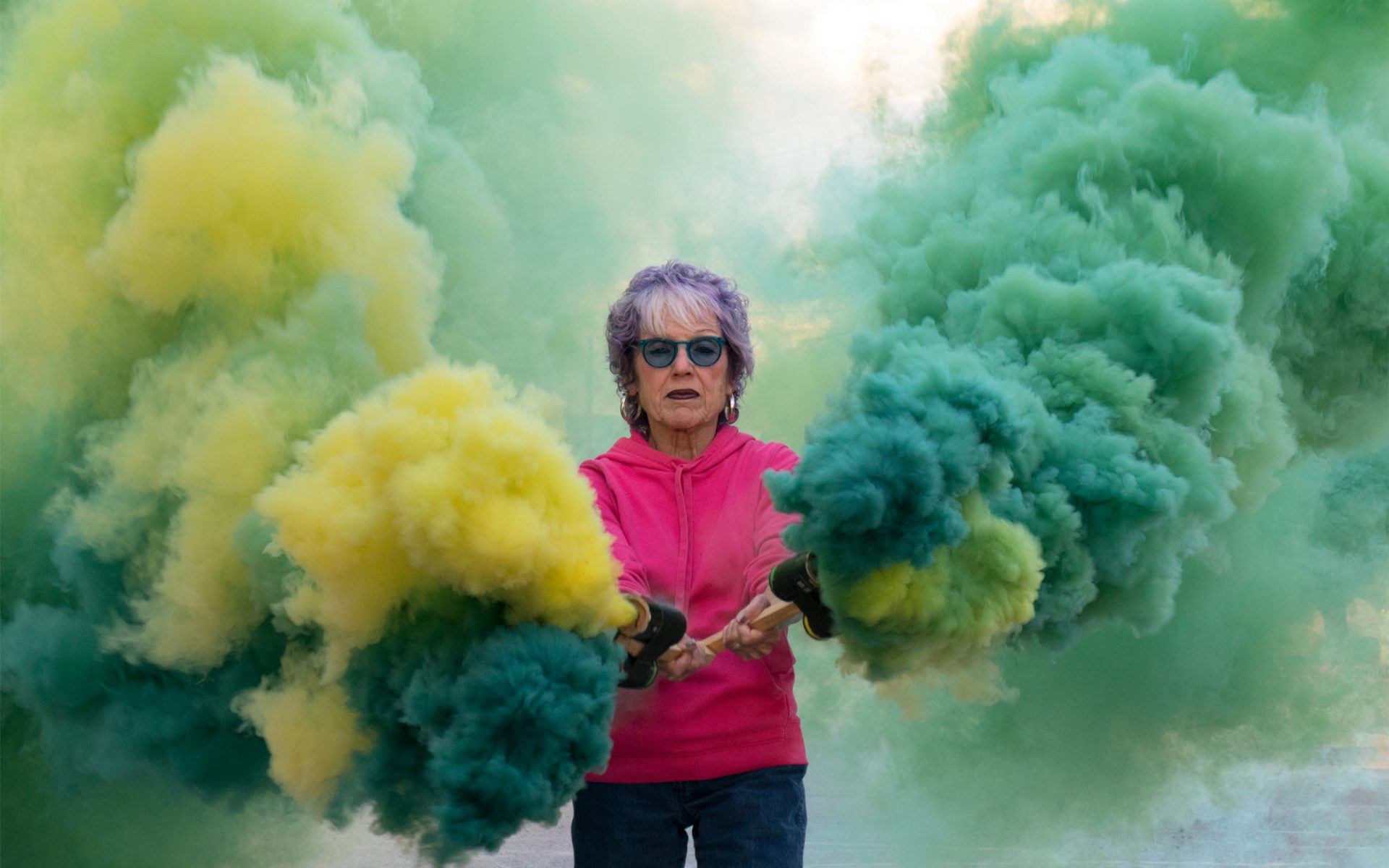 When fashionistas take their seats for Dior’s spring/summer 2020 haute couture presentation at the Musée Rodin in Paris, they’ll see much more than creative director Maria Grazia Chiuri’s exquisite creations. Feminist artist Judy Chicago has been commissioned to create the set for the runway presentation, which will include a monumental goddess figure that overlooks the runway and thousands of flowers in bloom. Also included in Chicago’s design for the space will be 21 banners embroidered by Indian craft schools with questions in French and English like “What if women ruled the world?” and a table set with Chicago’s homewares decorated with her signature spiral and shell motifs.

A collaboration with Dior, which sent shockwaves through the industry with its “We Should All Be Feminists” campaign, is a natural fit for the 80-year-old artist, who is best known for her female-driven works. Her most famous piece, The Dinner Party, celebrates women’s heritage. The monumental work features an elaborate triangular ceremonial table with 39 place settings for historical female figures from the Primordial Goddess to Emily Dickinson; the names of another 999 women are inscribed on the floor below. Dior is no stranger to artist collaborations—for the autumn/winter 2019–2020 collection, Chiuri tapped British talent Penny Slinger to create a mystical set for the house’s 30 Avenue Montaigne manse. A Maison Dior dollhouse-dress was the finale to the runway show, merging fashion and architecture into one remarkable piece. That same season, Dior Homme’s creative director, Kim Jones, collaborated with Raymond Pettibon to transform the artist’s works into a series of shirts and knitwear. Now in its third edition, the Dior Lady Art project brings together leading talents such as Mickalene Thomas, Lee Bul, and Athi-Patra Ruga, who reimagine the atelier’s iconic Lady Dior handbag for a limited-edition series of wearable art. An embroidered twill combat vest featuring a work of Raymond Pettibon being worked on by an artisan. Photo: Courtesy of Dior

Following the Paris fashion show on January 20, the public will be able to view Chicago’s installation, titled The Feminine Divine, through January 26.