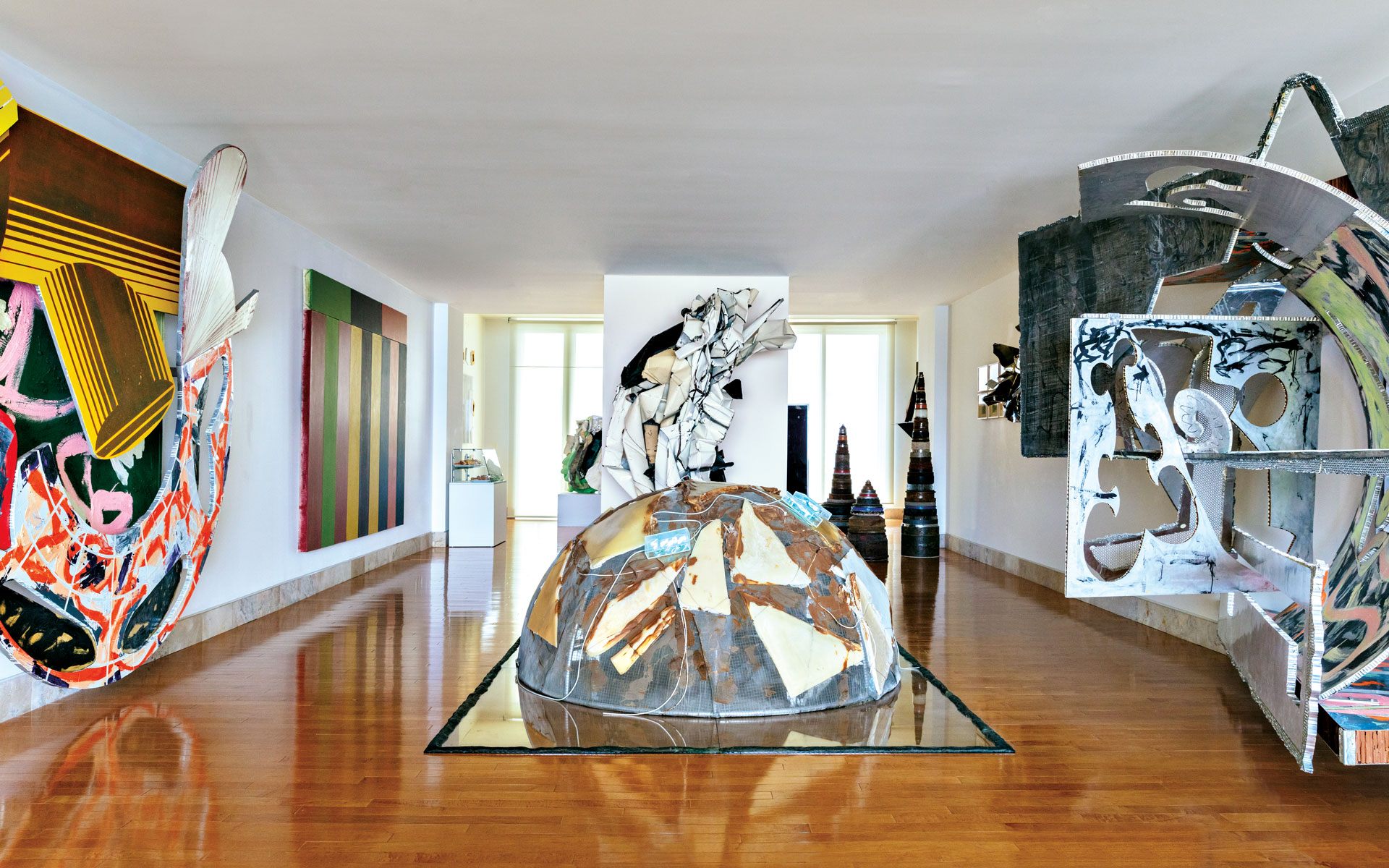 Whether tabletop or monumental, the American artist’s crumpled-car sculptures pack a punch

For blue-chip art collectors, garages are far from the only place to display cars. Indeed, when they have been crushed under the hand of eminent sculptor John Chamberlain, automobiles and their assorted parts make mesmerizing additions to one’s library, dining room, or living area. While the Indiana-born artist experimented with other mediums, including paper and foam, it was his use of metal that rendered him one of America’s most important postwar sculptors.

Rising to fame in the 1950s and ’60s, Chamberlain created an oeuvre all his own by drawing on Abstract Expressionist painters, such as Franz Kline and Willem de Kooning, who were also his mentors, as well as the readymade creations of Marcel Duchamp. While Chamberlain’s sculptures’ crushed nature imbues each with ambiguity, their glorification of painted-steel cars makes them distinctly American. Below, discover homes from Galerie’s archives that feature Chamberlain’s crumpled-metal assemblages in a variety of colors and sizes. 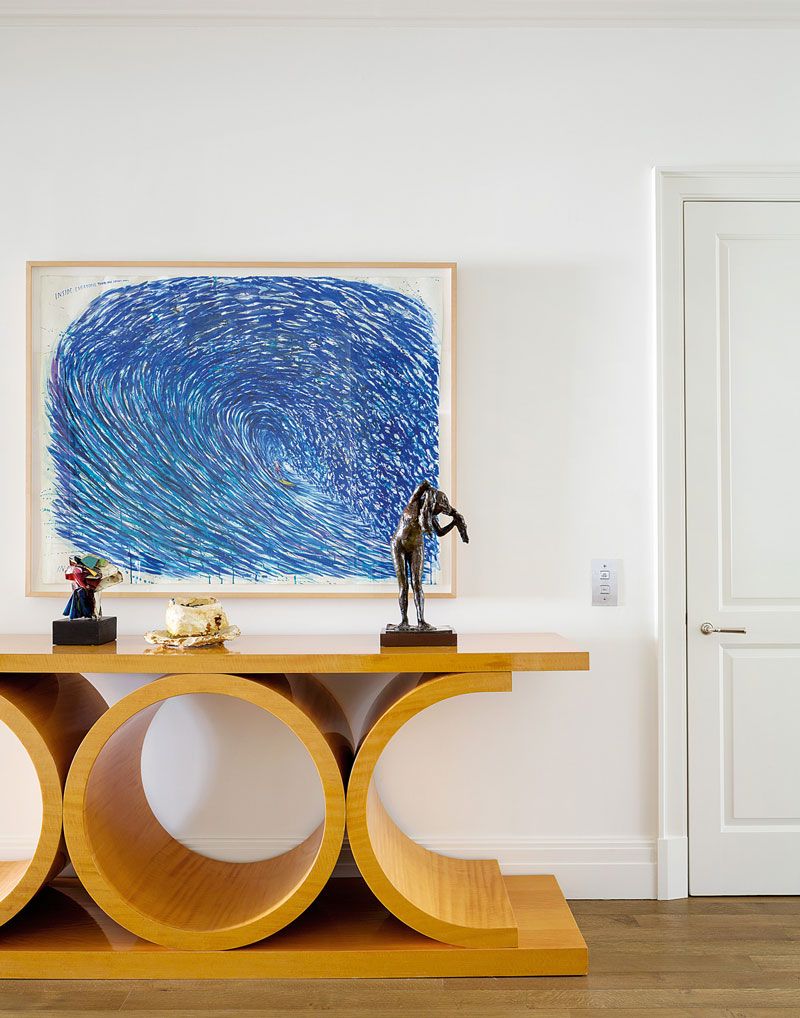 Juxtaposing a tabletop sculpture by Chamberlain with a bronze nude, this mixed-media display makes for an artful corner in a home designed by Madeline Stuart and Marc Appleton. Photo: Trevor Tondro 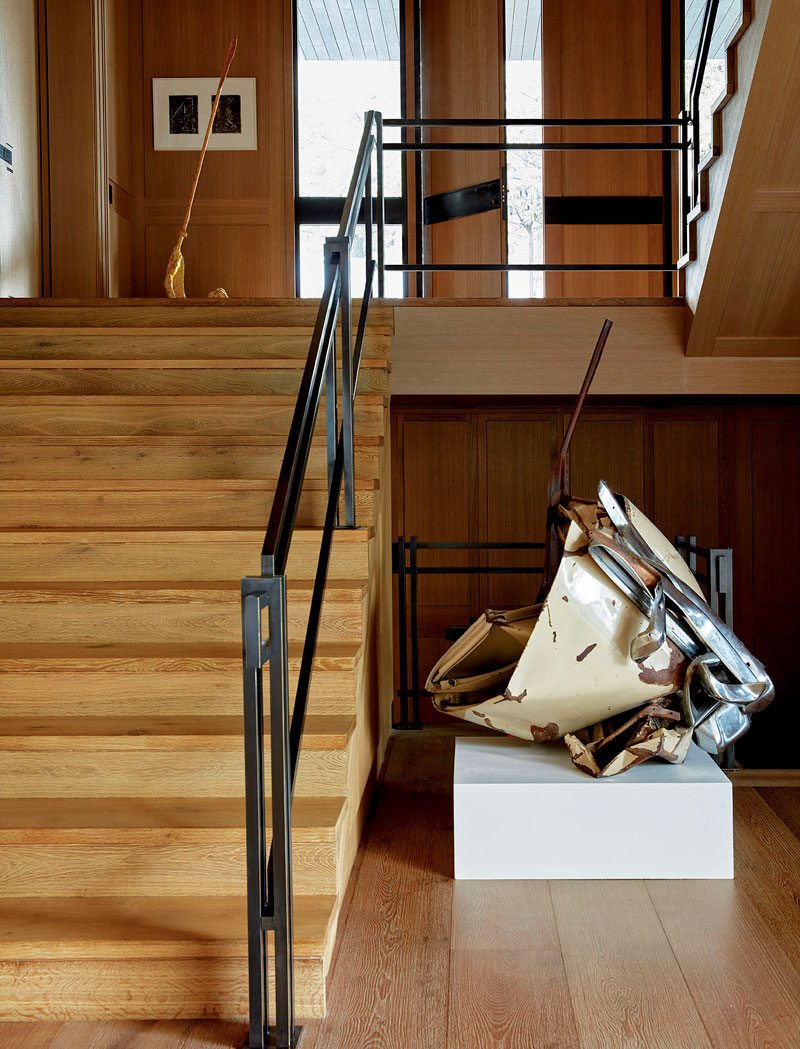 2. When it came to renovating his modernist 1970s home in Mexico City, Museo Jumex founder Eugenio López tapped Madrid designer Luis Bustamante. The resulting 16,000-square-foot house offers plenty of space to display López’s collection of 3,300-plus modern and contemporary works. Art can be found at each of the property’s three levels, including here, where a Chamberlain sculpture flanks a wooden staircase. 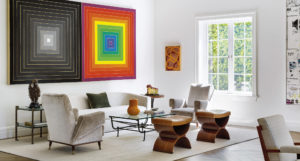 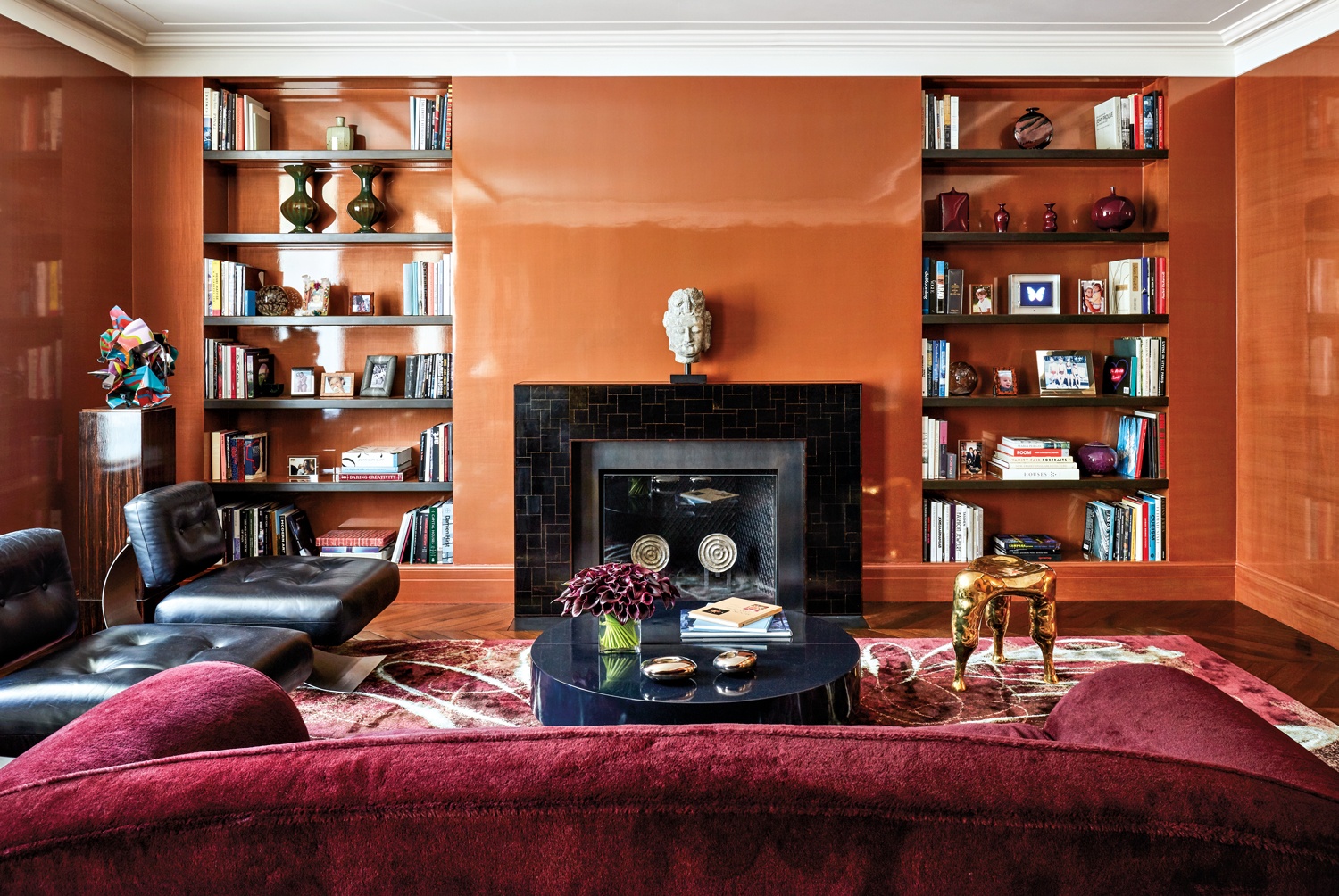 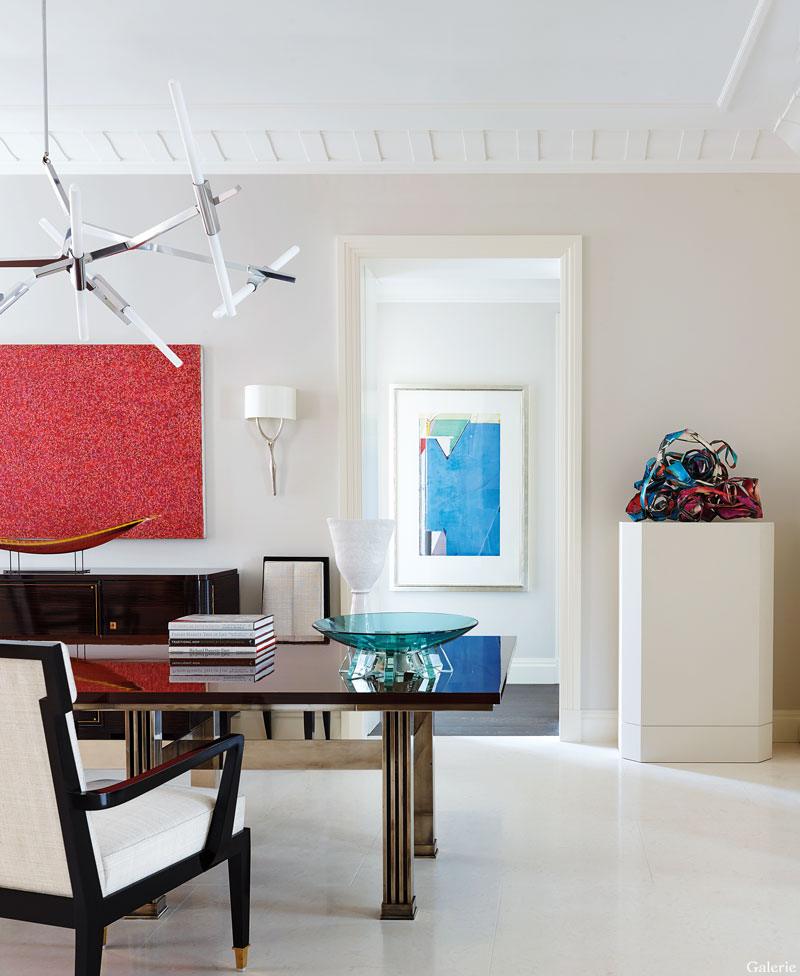 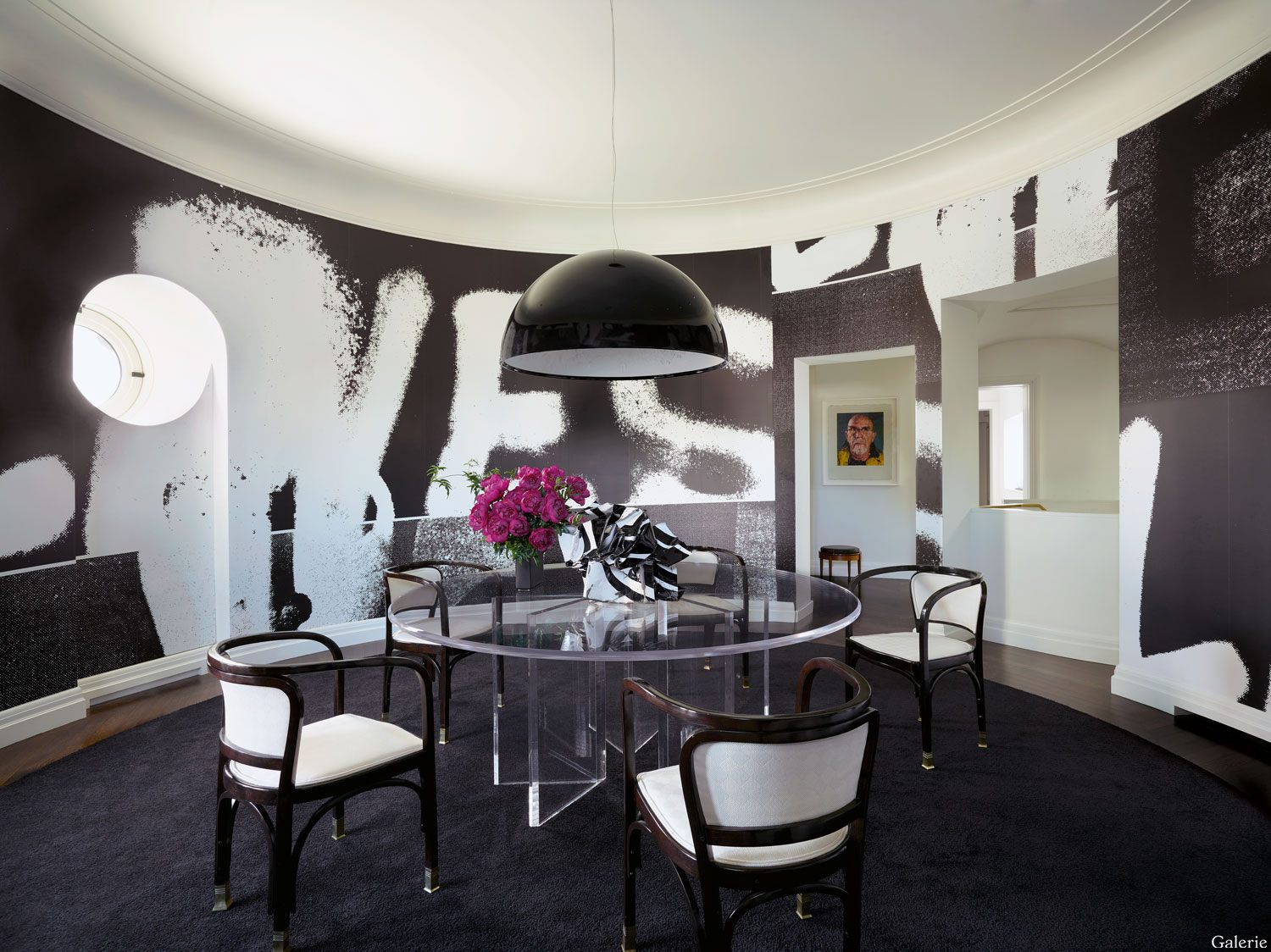 In the Upper West Side home of Andrea Glimcher, the dining room features a tabletop sculpture by Chamberlain, which is surrounded by Adam Pendleton’s immersive wall work, Black Lives Matter. Photo: Richard Powers

5. Architect Alan Wanzenberg helped art advisor Andrea Glimcher craft the perfect setting for a world-class art collection at the famed Ansonia Building on Manhattan’s Upper West Side. Several works by Chamberlain are featured, including a crumpled-metal sculpture that the artist gave Glimcher as a baby gift. In the dining room, a tabletop Chamberlain sculpture is surrounded by an immersive wall work that artist and friend Adam Pendleton created uniquely for the space. 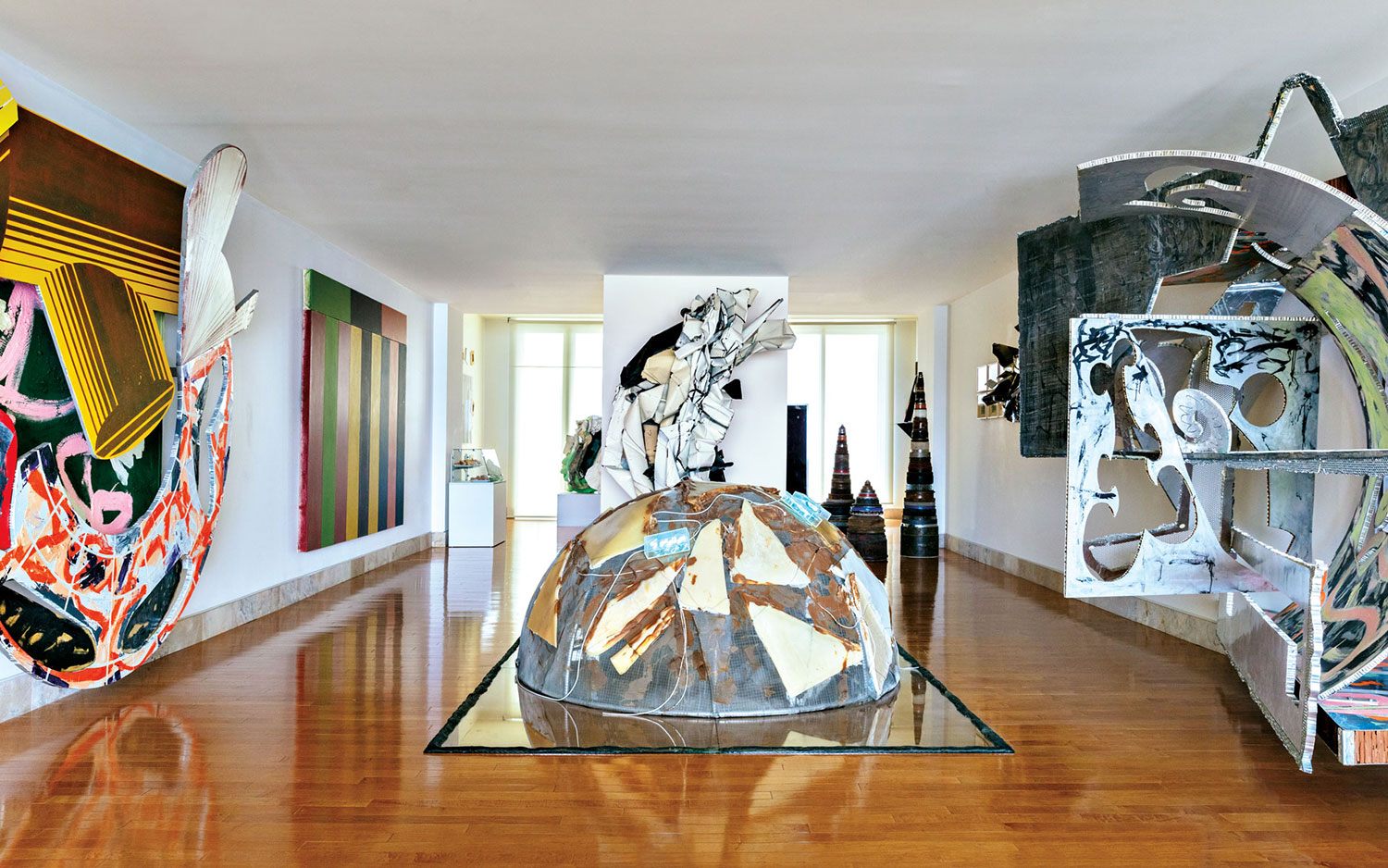 6. Whether at the Margulies Collection at the Warehouse or his Miami home, megacollector Martin Margulies truly lives surrounded by art. His residence, shared with his art adviser daughter, Elizabeth, is a museum in itself, as illustrated by this airy gallery filled with large sculptural works by Chamberlain, Frank Stella, and Mario Merz.