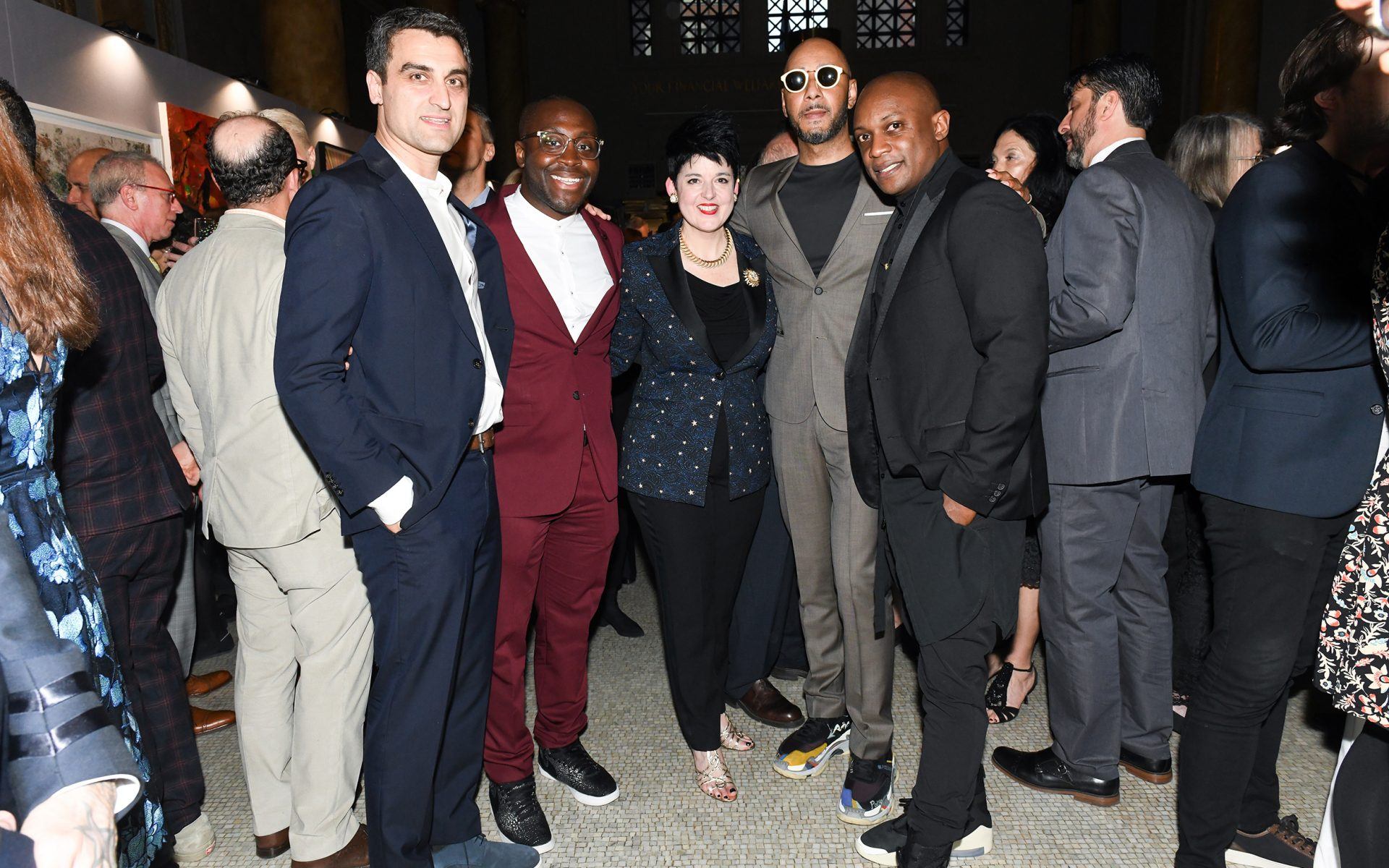 Swizz Beatz and TK Wonder made appearances at the glamorous event, which was held at Capitale in downtown Manhattan

The New York art world came out in droves earlier this week to support the Bronx Museum at its annual gala and art auction, which ended up raising over $1 million, a record haul for the institution’s annual event.

Held at Capitale in downtown Manhattan, the glamorous evening kicked off with a cocktail hour in a pop-up gallery featuring works by artists such as  Zoë Buckman, Tara Donovan, Rashid Johnson, KAWS, Marilyn Minter, José Parlá, Dana Schutz, Kehinde Wiley, and many more. Drinks in hand, guests flocked to kiosks powered by fine-art e-commerce platform Artsy to place bids on the surrounding artworks. Later, in the formal dining room, guests were treated to a performance by singer and activist TK Wonder and an enthusiastic welcome by the night’s emcee—Museum of Contemporary Art Detroit senior curator Larry Ossei-Mensah—and entertainer and arts patron Kasseem “Swizz Beatz” Dean. The latter established three rules for the rest of the evening: 1) Have fun, 2) Drink, and 3) Bid in the silent auction. (He placed noticeable emphasis on the third.)

The night’s honorees included Hank Willis Thomas and Eric Gottesman, the artist-activist duo behind the art platform For Freedoms; playwright, art critic, and novelist Carey Lovelace; and Junko Kobayashi, who is president of the Stan Lee Foundation. The honorees received the museum’s Art for Justice Visionaries Award, its Visionaries Pathmaker Award, and its Lifetime Achievement Award, respectively. “We’re so thrilled to be honored by the Bronx Museum,” said Eric Gottesman. “This culture that was born out of the Bronx is something that reaches all around the world . . . something that all races can rise up and be a part of.”

The award comes on the heels of a major year for For Freedoms, which last summer launched the 50 State Initiative, a nationwide campaign commissioning artists to create politically charged billboards to incite discussion surrounding the midterm elections. It’s been called the largest-ever public art project in the U.S.

Among the luminaries in attendance were curator Rujeko Hockley, who is co-organizing this year’s Whitney Biennial, along with art dealers Marianne Boesky, Jack Shainman, and Alissa Friedman. The funds raised will go to the museum’s programming and exhibitions, free admission, and educational programs for more than 16,000 Bronx youth each year.

“The Bronx Museum . . . gives voice to the voiceless,” remarked Deborah Cullen, who was appointed the museum’s executive director in September. “It does mainstream work but also works with those on the margins. The Bronx itself is the future. It’s a mosaic of color and cultures.”