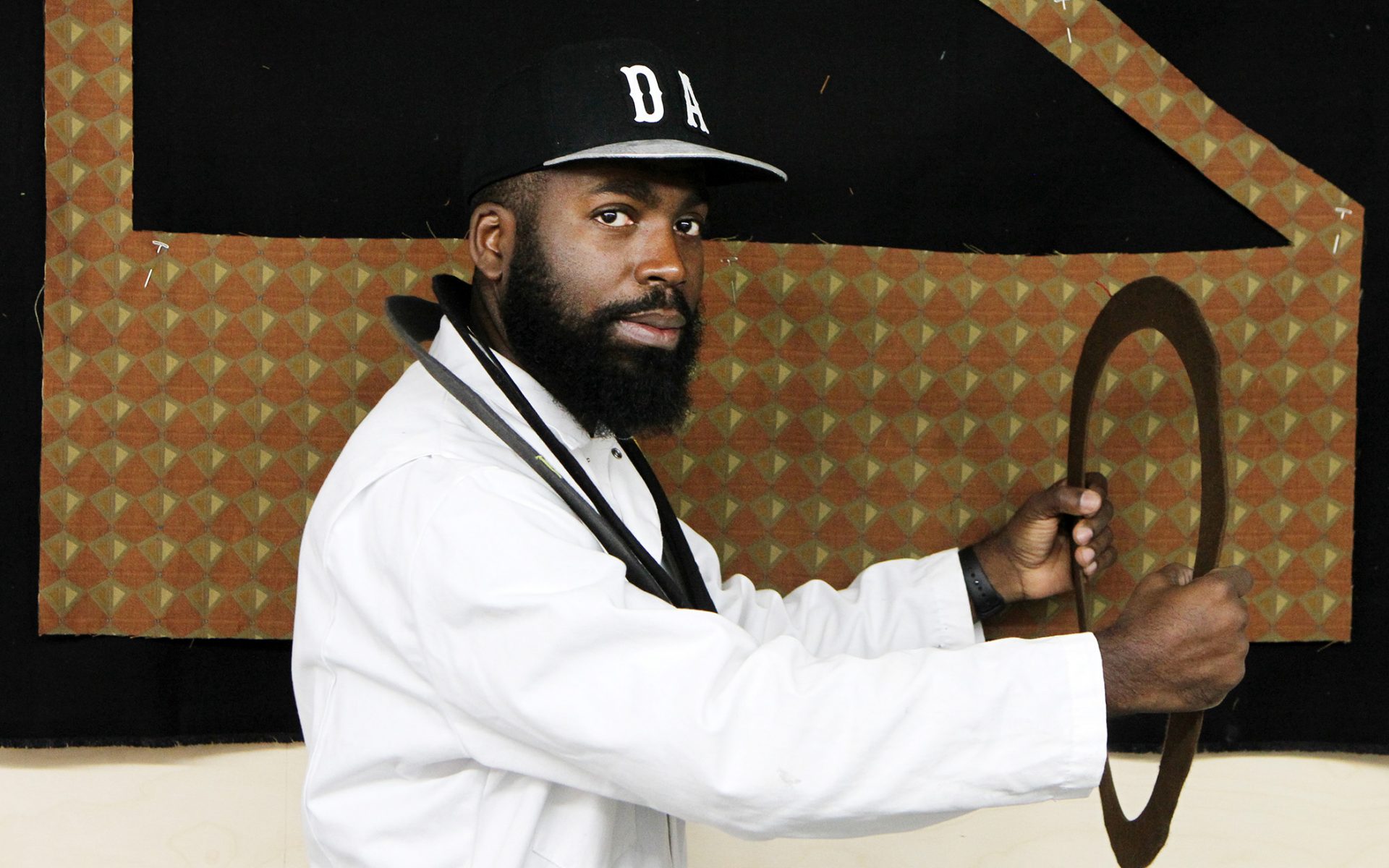 Derrick Adams.
Photo: Terrence Jennings; courtesy of the Museum of Arts and Design

How Derrick Adams Explores Race and Pop Culture Through His Art Over the course of his career, multidisciplinary artist Derrick Adams has created a dizzying array of works—from vividly hued collages and assemblages to large-scale sculptural installations and performance pieces—that explore the black experience and its intersections with pop culture, consumerism, fashion, and art history. In recent years, he’s spent a lot of time thinking critically about leisure. “For people like me, struggle has been part of our culture, and within that I’ve been looking at the ways black people keep moving and thriving,” says the Brooklyn artist, whose ongoing series of “Floater” paintings features black figures reclining blissfully in pools. “There’s something to be said about showing that side of reality,” he adds. “It gives people hope.” Running the entire length of the gallery is Adams’s Keep Your Head Down and Eyes Open, a monumental wooden sculpture of a mini-highway featuring cars made out of driving caps, referencing the black Americans who took to the road more than half a century ago. Family Style, a geometric collage of a building composed of colorful paper, white doilies, and commercial-grade upholstery, is an homage to 20th-century soul-food restaurants whose significance as African-American safe spaces was not always fully appreciated.

“When I’m making work, I always look for inspiration in history that is not necessarily highlighted,” says Adams. “This exhibition is about myself as an artist, wanting to see things that I don’t see. And these places that I’ve created have a very sincere feeling of welcoming and warmth.” derrickadams.com Another view of the new exhibition, on view through August 12. Photo: Jenna Bascom. Courtesy of the Museum of Art and Design