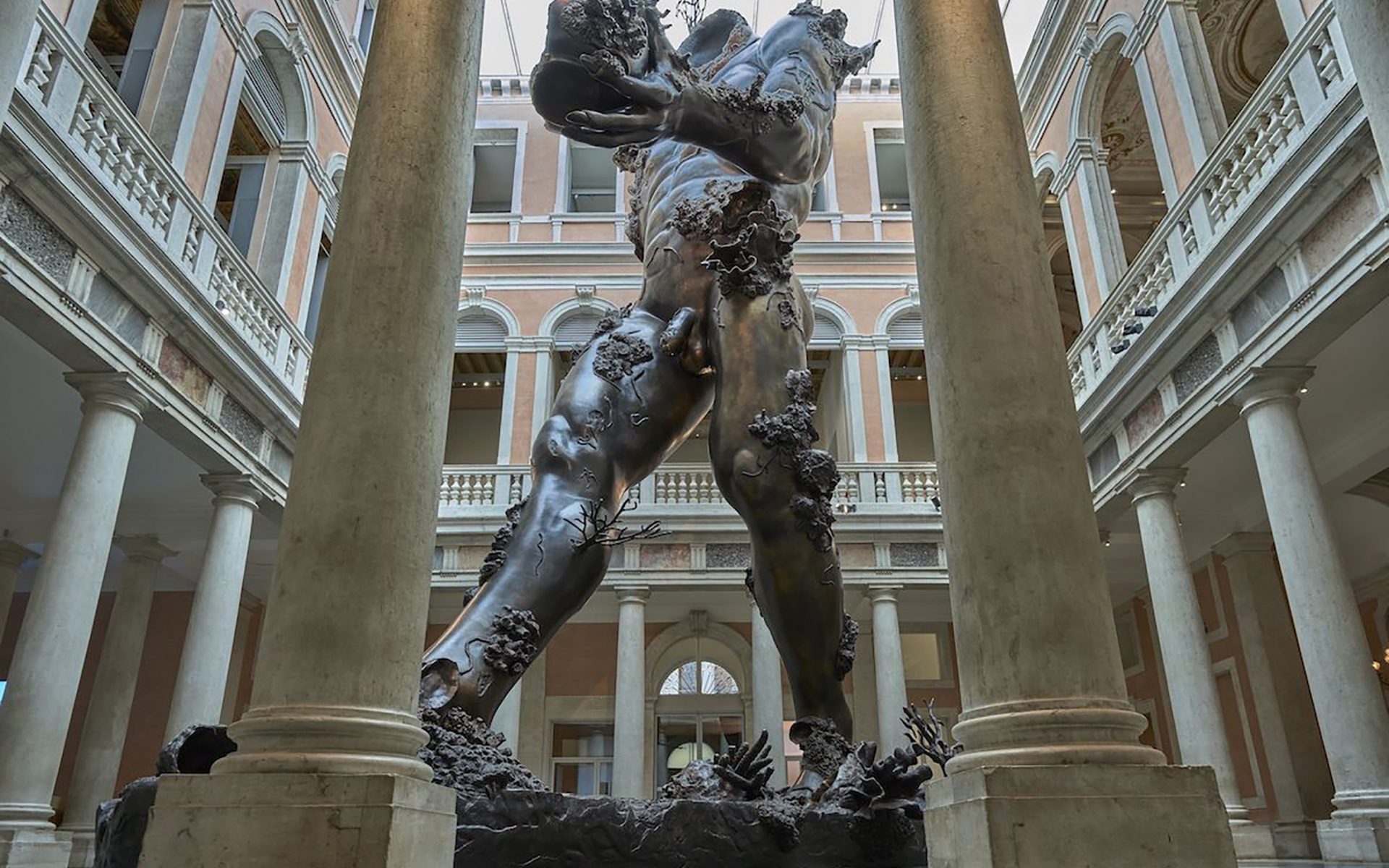 Damien Hirst, Demon with Bowl, 2014, as installed in Palazzo Grassi in “Treasures from the Wreck of the Unbelievable.”
Photo: Prudence Cuming Associates, © Damien Hirst and Science Ltd.

The Palms Casino Resort in Las Vegas is about to get a massive new addition in the form of a colossal sculpture by Damien Hirst. The hotel announced this week that it had acquired the artist’s 60-foot-tall sculpture Demon with Bowl.

The sculpture was the centerpiece of Hirst’s 2017 Venice Biennale exhibition “Treasures from the Wreck of the Unbelievable” at collector François Pinault’s Palazzo Grassi. A resin version (which has since been destroyed) was used in the exhibition as the actual sculpture was deemed too heavy for the venue.

While the Palms is declining to say how much they paid, the piece was valued at $14 million when it was created. A resin version of the sculpture was installed in Palazzo Grassi as the bronze was deemed too heavy for the space. Photo: Prudence Cuming Associates, © Damien Hirst and Science Ltd.

The towering creation isn’t Hirst’s only contribution to the Vegas haunt. The British artist designed Unknown, the bar at the Palms, and filled it with a number his pieces, including a shark in a formaldehyde-filled tank and 16 new “Spot” paintings.

Since art-collecting brothers Frank and Lorenzo Fertita bought the casino and resort in 2016, they’ve revamped the property and hired curator Tal Cooperman to procure impressive blue-chip works. In addition to Hirst’s bar and his towering sculpture, there are also Jean-Michel Basquiat paintings at the steakhouse, Dustin Yellin sculptures at the social club, and works by KAWS, Andy Warhol, Richard Prince, Christopher Wool throughout. Some of the works at the Palms are on loan from the Fertita brothers’ collections, while others were commissioned by the resort.

Currently in the midst of a $690 million renovation, the hotel will put Demon with Bowl on view in their new pool area, which is set to open in the spring.

Cover: Damien Hirst, Demon with Bowl, 2014, as installed in Palazzo Grassi in “Treasures from the Wreck of the Unbelievable.”
Photo: Prudence Cuming Associates, © Damien Hirst and Science Ltd.
Next Post