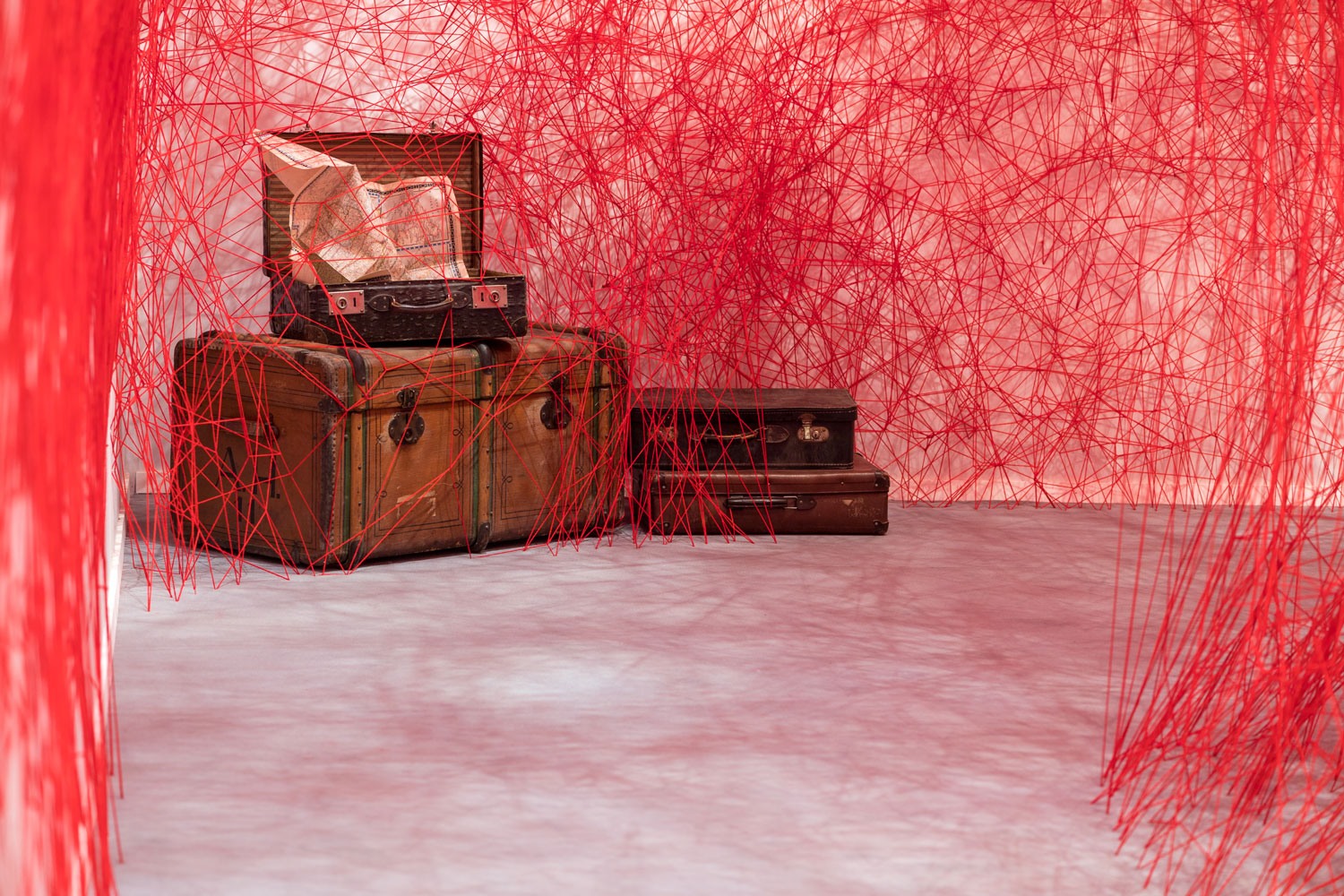 Cross-Collecting Is in Full Swing at Masterpiece London

See highlights of the buzzy annual art and antiques fair

The notion of collecting artworks across a range of categories is nothing new. We need only to look at the recent auctions of David and Peggy Rockefeller or David Bowie for proof. But the last few years have seen a resurgence in cross-collecting, especially among the younger generations of collectors. And nowhere is that more evident than at Masterpiece, the buzzy annual art and antiques fair that opened on June 28 in a tent on the lush grounds of the Royal Hospital Chelsea.

Kicking things off at the fair’s entrance is series of five intricately carved alabaster portraits by the performance artist Marina Abramović, presented in collaboration with Factum Arte. Appearing at first to be traditional black and white photographs of Abramović’s anguished face, when viewed at different angles, the faces deteriorate into unrecognizable abstract forms. The work, titled Five Stages of Maya Dance, sets the tone for the vibrant, diverse—and sometimes unexpected—showing at the rest of the fair and signals a bold new direction. (On preview day, the series was reportedly on reserve to a U.S. institution.)

Launched in 2010, the fair’s mission is to present a harmonious blend of old and new. On display this year are 160 exhibitors—up from last year’s 153—with some 10,000 objects spanning art, furniture, objets d’art, antiquities, and jewelry.

“I don’t believe art should be viewed in a silo,” chairman Philip Hewat-Jaboor told Galerie. “Mixing different fields creates a sum greater than their parts. Masterpiece is about opening up worlds and breaking down the traditional barriers between collecting in traditional and contemporary.”

A handful of galleries are presenting collaborative exhibitions that epitomize the fair’s philosophy. For instance, contemporary gallery Hauser and Wirth, who are making their fair debut, have created their own mini Wunderkammer, with pieces by boldface names such as Hans Arp, Alexander Calder, and Phyllida Barlow and a provocative 1972 sculpture by Polish artist Alina Szapocznikow (on offer for $1.2 million) mixed with weirdly wonderful Black Forest wooden furniture.

London design gallery David Gill has staged a whimsical recreation of the  Surrealist collector and patron Edward James’s library. There, a pair of James’s own Syrie Maugham bookshelves acquired by Gill mingle with striking contemporary art and design pieces by the likes of Michele Oka Doner, Barnaby Barford, and Mattia Bonetti. Elsewhere, the range is diverse, with spectacular individual pieces boasting remarkable provenance and fascinating backstories. A beautiful oak and leather writing desk created between 1920–25 and crafted by the renowned Art Deco designer Armand Albert-Rateau for the couturier Jeanne Lanvin is on offer for £585,000 at London’s 18 Davies Street Gallery.

Paris’s Galerie Chenel created buzz during the preview with a monumental marble hand from a 1st-century Herculean statue that would have once stood at around 25 feet; the exposed veins and tension reveal an incredible mastery of carving. “I’m so excited to have this piece,” Olivier Chenel told Galerie. “It’s the only one like it on the market. These types of fragments are usually only found in major museums.” It is on offer for £350,000. Another standout piece of antiquity can be found at Axel Vervoodt, who is presenting a head of Augustus’s nephew from the Julio-Claudian dynasty, which was on reserve at the time of this reporting for around €220,000, amongst modern Korean, Japanese, and African artworks.

Paris’s Steinitz returns in its usual bold fashion with a recreation of their opulent rue du Faubourg-Saint-Honor gallery—complete with wooden floors and marble columns. On opening day, Prince Aga Khan IV was found browsing the wares, which range from Egyptian china to a stunning set of 17th-century glass-beaded wall panels on sale for for £2.45 million. One of the most exquisite items of furniture in the tent was undoubtedly the table crafted by artist, architect, and poet Giorgio Vasari for Francesco I de Medici at Robilant and Voena. Composed of hundreds of pieces of sliced hard stones—think jasper, agate, and lapis lazuli—the masterpiece is on offer for $11.6 million. Considering its historical significance, rarity, and an astonishing 400 years of unbroken provenance, the price pales in comparison to some contemporary artworks. The oldest object spotted is a rare meteorite found in North Africa formed around 4.6 billion years ago on offer at ArtAncient. The beautifully textured forms arranged on a plinth have a surprising contemporary edge. A standout modern work included a 1950 sculpture of a group of emaciated figures by Alberto Giacometti at Landau for $25 million, whose booth boasted some of the finest pieces by Picasso, Miro, and Magritte. As seen in recent editions of the European Fine Art Fair (TEFAF) and the Paris Biennale, there is a larger focus on jewelry both from contemporary brands such as Van Cleef and Arpels, Chopard, and Moussaieff as well as the artful high jewelers. Of particular note is the Taiwanese Cindy Chao who is showcasing her flower-like emerald earrings among others, and Fabio Salini who crafts his coveted items with unexpected material combinations such as brushed carbon with diamonds.

Walking through the bustling aisles of treasures, it’s apparent that the fair’s formula is successful. “We have even had major museums come to see how we can better showcase antiquities and break down typical display categories,” Hewat-Jaboor said. The fair has ambitious plans on the horizon too. It was acquired last November by MCH Group, the parent company of Art Basel, which now holds a 67.5 percent majority stake, and there are developments underway to open in other cities. Managing director of Masterpiece Lucie Kitchener said, “We are committed to maintaining the fair’s unique character, which is both a breadth of objects and a fun experience. We believe you can still have the gravitas without the formality.”

“It’s so exciting to expose people to new things,” said Hewat-Jaboor, summing up the fair’s relevance. “We speed read and we don’t take the time to look anymore. Collecting across genres and periods opens up worlds and opens our eyes to an enormous amount of beauty.”