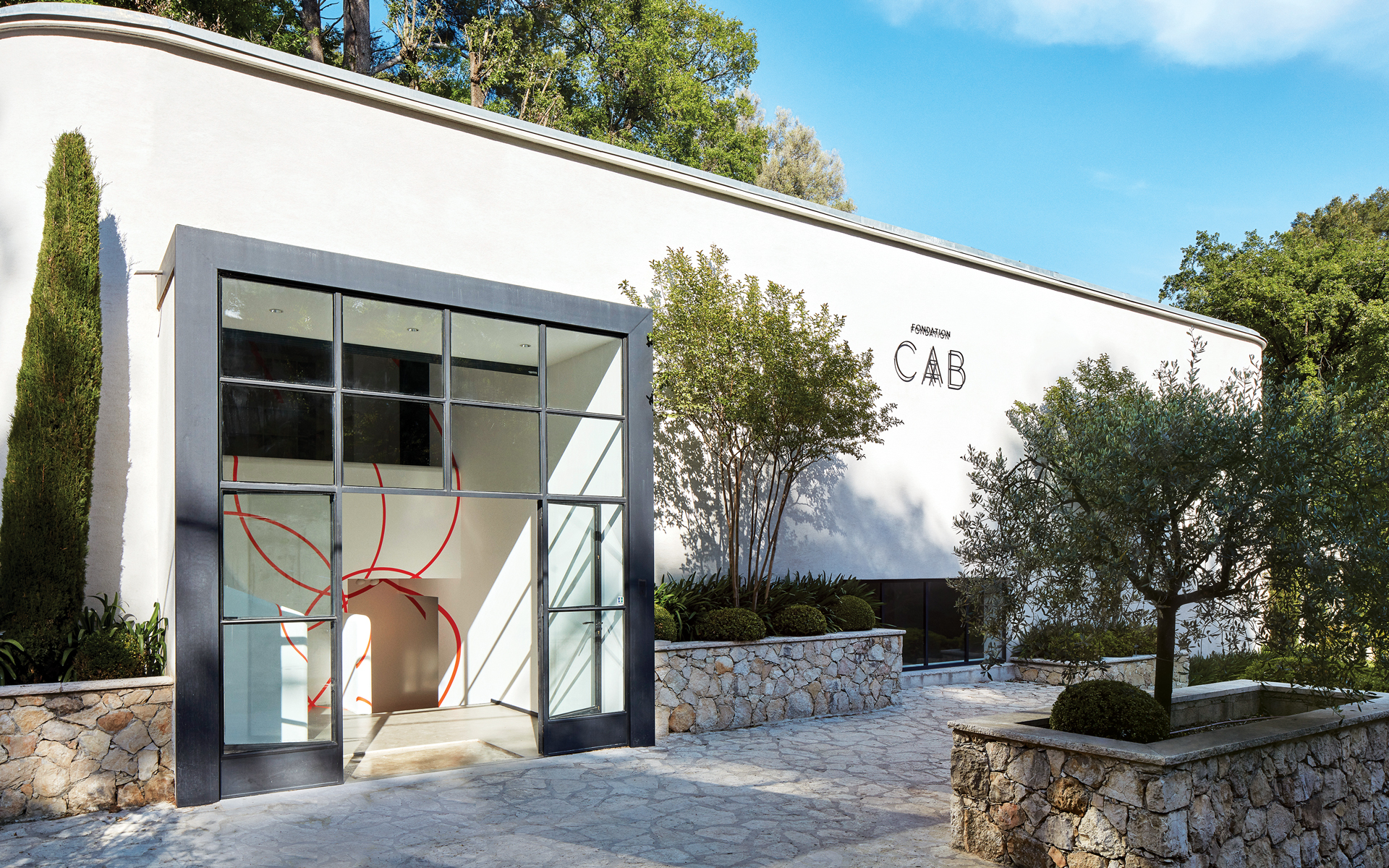 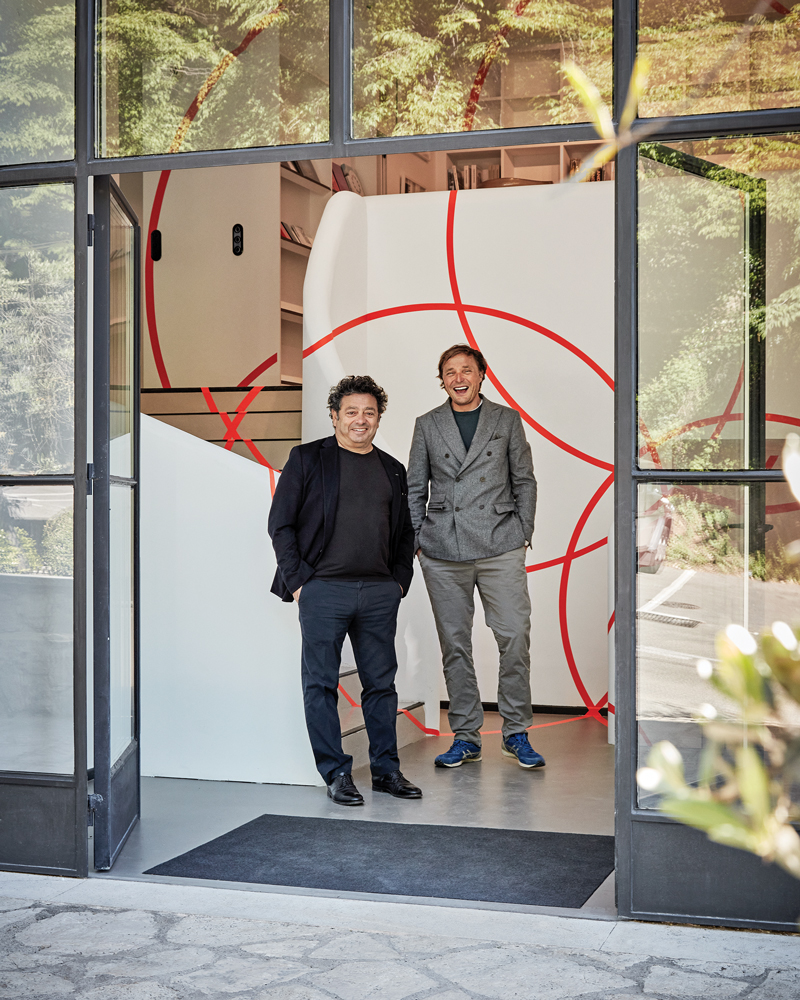 In 1990, Hubert Bonnet, then in his 20s, went on a little spending spree at the Paris contemporary art fair FIAC. “I bought a Mao painting by a Chinese artist and a Jean-Marc Bustamante and a single stack by Donald Judd. I just loved the geometrical precision of it,” he says of the latter. This summer, the piece by Judd, dating from 1965, is on display at the newly opened arm of Bonnet’s foundation, CAB, in the South of France, serving as a testament to the collector’s enduring love of minimalist art.

The initial base for the foundation debuted in Brussels in 2012, in an industrial building from the 1930s used for breaking stone. “It’s been restored. It’s so beautiful,” says Bonnet of the thriving center, which mounts exhibitions and hosts artists’ residencies. “My family was in the mining business, and so it reminds me of my roots as well.” Working with Belgian architect Olivier Dwek, he identified the primary goal as preserving the main area’s stunning but complex curved roof, to which they added iron supports. The trusses were later adapted into the foundation’s logo. 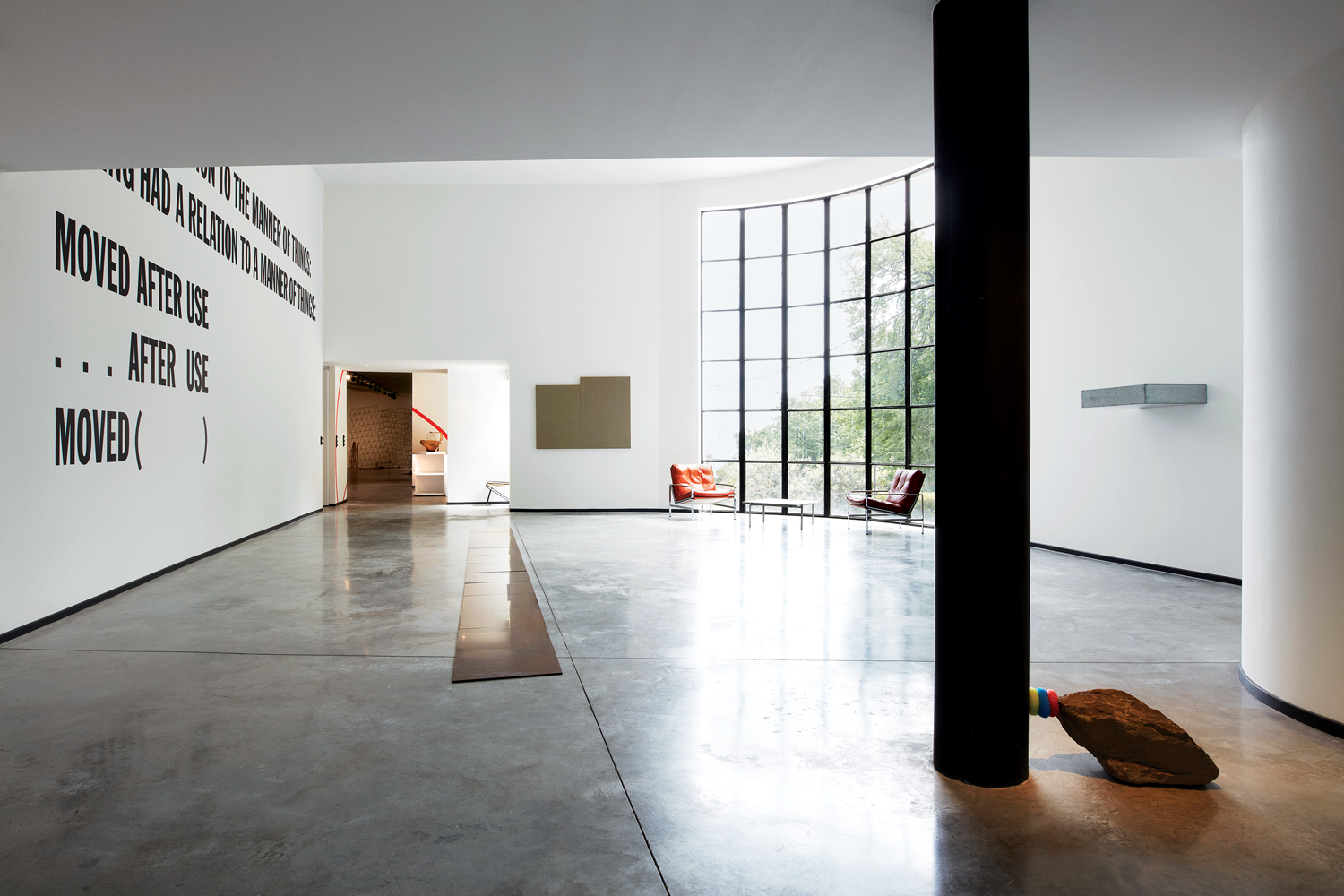 The new outpost, in the village of Saint-Paul-de-Vence on the sparkling Côte d’Azur, is a long way from this urban setting and sensibility. Opposite the storied Fondation Maeght, which harbors one of Europe’s great 20th-century art collections, it is just a 200-yard stroll from the equally renowned La Colombe d’Or hotel and restaurant, where the walls are hung with artworks by Henri Matisse, Georges Braque, Pablo Picasso, and Fernand Léger (often given in lieu of paying a bill). 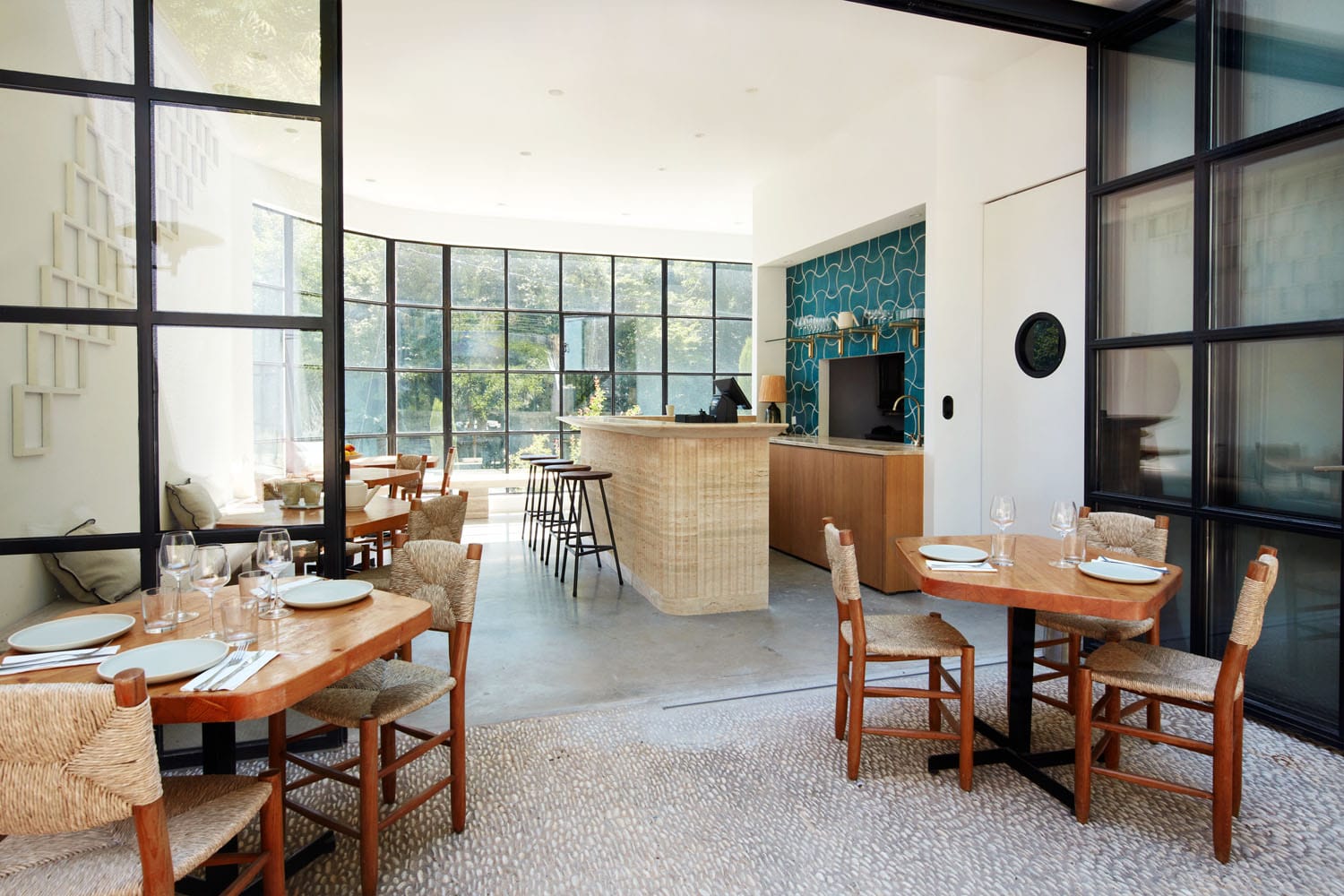 Inside the Provençal location of Fondation CAB. Photo: ANTOINE LIPPENS

Bonnet, who has run a luxury residential renovation company since 1999, discovered the building a few years ago, with the artist Bernar Venet, who has his own foundation nearby.

Purchased from the former owner, a Belgian art dealer, the site was reimagined by Bonnet in collaboration with Parisian architect Charles Zana. Here, the men carried out some gentle changes inside the main gallery space, built to show art in the 1950s, and converted the offices into guest rooms, two more of which they created in a discreet extension. All are furnished from the treasure trove of 20th-century design that Bonnet—also an inveterate collector of furniture, as well as houses—had in storage.

“The idea is for the decoration not to overwhelm you”

“The idea is for the decoration not to overwhelm you,” says Zana. “It’s like the art—minimalist—and allows for contemplation in the same way.” There are occasional nods to the joyous south, like bathroom ceilings painted bright red or green, but no Provençal flimflam. Instead, a Prouvé flat-pack house has been installed in the garden as a fifth guest room. “It was a big commitment for me to acquire that piece, and I spent a long time discussing it with my wife, Séverine, who is an important part of this project, and the dealer François Laffanour,” says Bonnet. 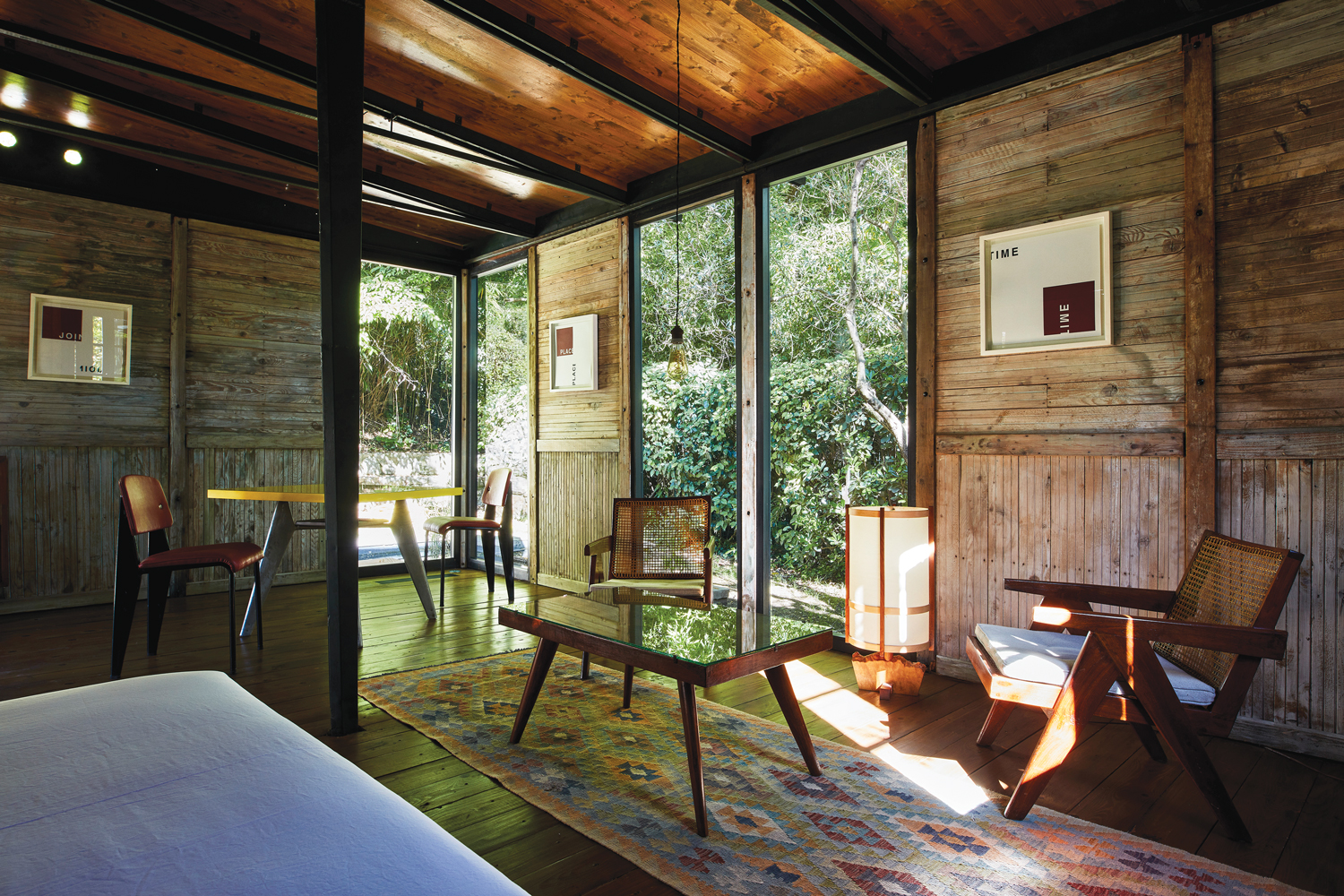 Works by artists such as Lawrence Weiner, Carl Andre, and André Cadere are displayed in the galleries, the latter of which is included in the show “Structures of Radical Will,” on view through October 31. In the restaurant, appointed with original Charlotte Perriand tables and chairs, a Sol LeWitt wall work is permanently on display. “That artwork says everything about Hubert’s generosity,” says Zana. “To install such an important work in a public place for everyone to enjoy.” 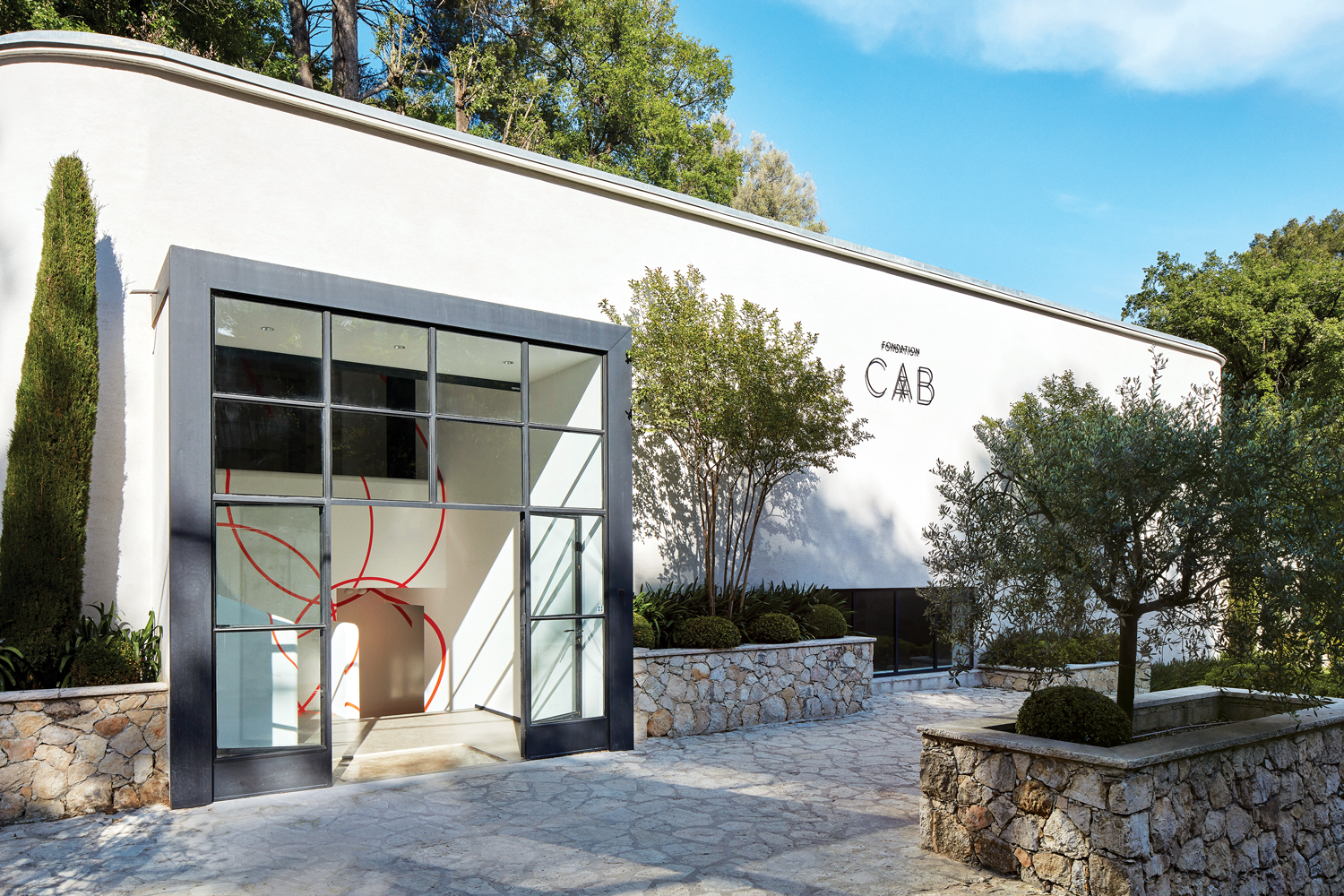 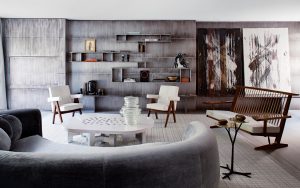 Bonnet himself, however, is a modest man. “I had dinner with my life coach yesterday,” he says, “and I asked him, Is this an ego trip? This showing things to people?” The adviser told him it wasn’t about ego but achievement. And he was most certainly right.

A version of this article first appeared in print in our 2021 Fall Issue under the headline “Simply Perfect.” Subscribe to the magazine.