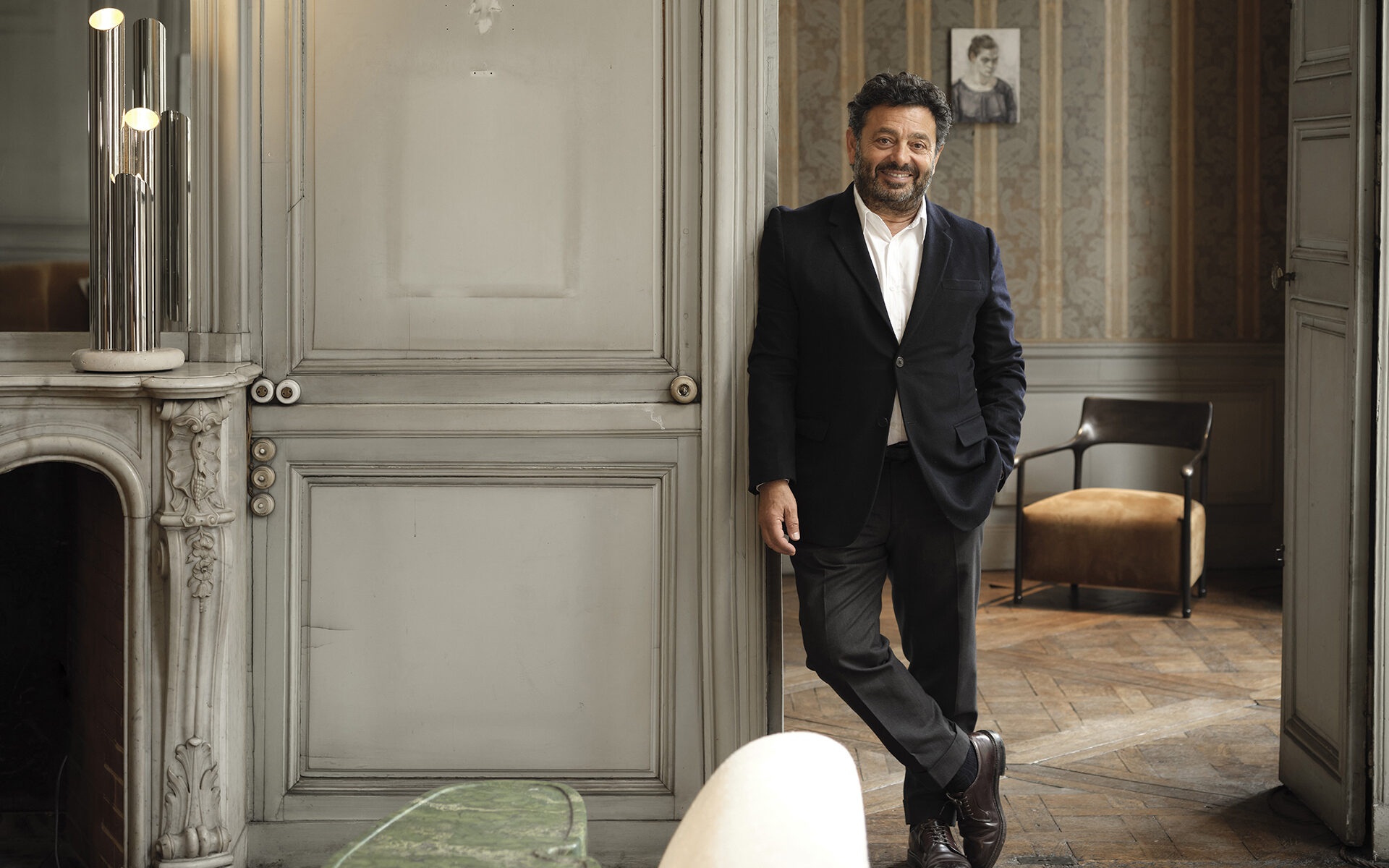 Charles Zana with pieces from his new Mobilier collection during their FIAC debut in Paris.
Photo: François Halard, courtesy of Charles Zana

Presented in a romantic 18th-century townhouse, the exhibition, entitled ‘Ithaque,’ was a prelude to the early 2022 launch of his Mobilier collection

“When you’re aiming for the very highest quality, it’s going to be a limited item,” says designer Charles Zana, sitting at an immense travertine-topped table within an 18th-century hôtel particulier in Paris’s chic 7th arrondissement. “Just finding a piece of travertine this large and this beautiful is a limited possibility.”

Celebrated for his elegantly understated interiors that expertly mix vintage treasures with contemporary art and design pieces, Zana is now debuting his first-ever design collection, dubbed Mobilier. The array of seating, tables, and lighting was unveiled in a dramatic presentation entitled “Ithaque,” mounted during the FIAC art fair in an ancient and faintly dilapidated house, which the architect discovered last May during a film shoot.

“I thought, maybe by October the pandemic will have calmed down, and FIAC will be happening, and I can show the furniture I’ve been creating in these incredible rooms,” says Zana, who assembled his own designs—some completely new, some refined over a few years—among the maison‘s empty china cabinets and fraying silk wall-coverings. “I didn’t want interior decoration to get in the way,” he adds.

In one corner sits a commanding floor lamp with a travertine base and woven rattan shade. “I wanted big floor lamps, like you had in the 1970s—I think this is the thing now,” he insists. “I was in Corsica over the summer, watching how the local people wove the baskets to catch sea urchins and such. I’ve translated that into something beautiful for the home.”

The designer’s freshly delivered Warton chairs are inspired by American Arts and Crafts furniture, with handsome woven-leather seats and stained-oak arms. A devoted client who visited the four-day exhibition has already ordered a full set for her Normandy home. “I like the idea that the leather is just lightly waxed,” Zana tells Galerie. “It will acquire a beautiful patina over time.”

While Zana is known for a range of commercial projects, including the upscale resort Cheval Blanc St-Barth Isle de France and Goyard’s Monte Carlo boutique, as well as myriad grand city apartments in London, Paris, and New York (often featuring his favorite palette of muted grays, sage greens, and dusty pinks), the designer is finding his services increasingly required for more bucolic retreats, such as an 1800s home in Pound Ridge, New York, that he describes as having “a Shaker heart.” It is, however, a love of 18th-century and 1930s furniture that inspires him most, much like other celebrated French decorators such as Henri Samuel and Jacques Grange.

Yet, the utopian designs he grew up with as a child have exerted their influence too. Born in Tunisia but firmly Parisian by upbringing, Zana lived in a modern house in Vincennes with furniture by Pierre Paulin, Gae Aulenti, Knoll, and Mies van der Rohe. Pieces by Mathieu Matégot and ceramics by Georges Jouve have travelled with him to his own Paris apartment. Collectively, it has informed his concise view of contemporary luxury. “It is to design simple things, of a very high quality, with fantastic craftspeople, in expert French ateliers,” he says without missing a beat. “Look at this table, the Ispahan: When you run your hand over the surface, you can feel the work of the guy who made this incredible finish possible.”

The Teddy headboard, upholstered in a long-pile velvet, pays homage to the master designer Jean Royère, whose work he often incorporates into projects. “The idea was to design something that embraces you, that is cozy,” explains Zana. “And yes, there is a direct link to a piece like the Royère Polar Bear sofa.”

For the large extra-large sofas, including the Alexandra, the inspiration is the playful 1960s and ’70s, when designers such as Pierre Paulin created landscapes for collective lounging, as well as the north African tradition of gathering friends and family on large divans. “I often design for very big houses, and I would much prefer to see one big sofa than three or four smaller ones,” he says. 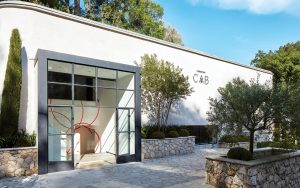 The collection’s nod to elements traditionally found in Zana’s work coincides with the FIAC exhibition’s title—Ithaca (or Itaque in French) was the place to which Odysseus always longed to return, to his origins. However, each piece’s design is decidedly forward thinking. “I’m not interested in limited editions; I believe in a devolution from that system,” he says of his aversion to his peers’s strategy of creating desirability by producing works in very small numbers. “I would like each of these pieces to be ordered in the exact proportions that suit the specific context.” In Zana’s expertly tailored world, individuality always comes standard.

Cover: Charles Zana with pieces from his new Mobilier collection during their FIAC debut in Paris.
Photo: François Halard, courtesy of Charles Zana
Next Post