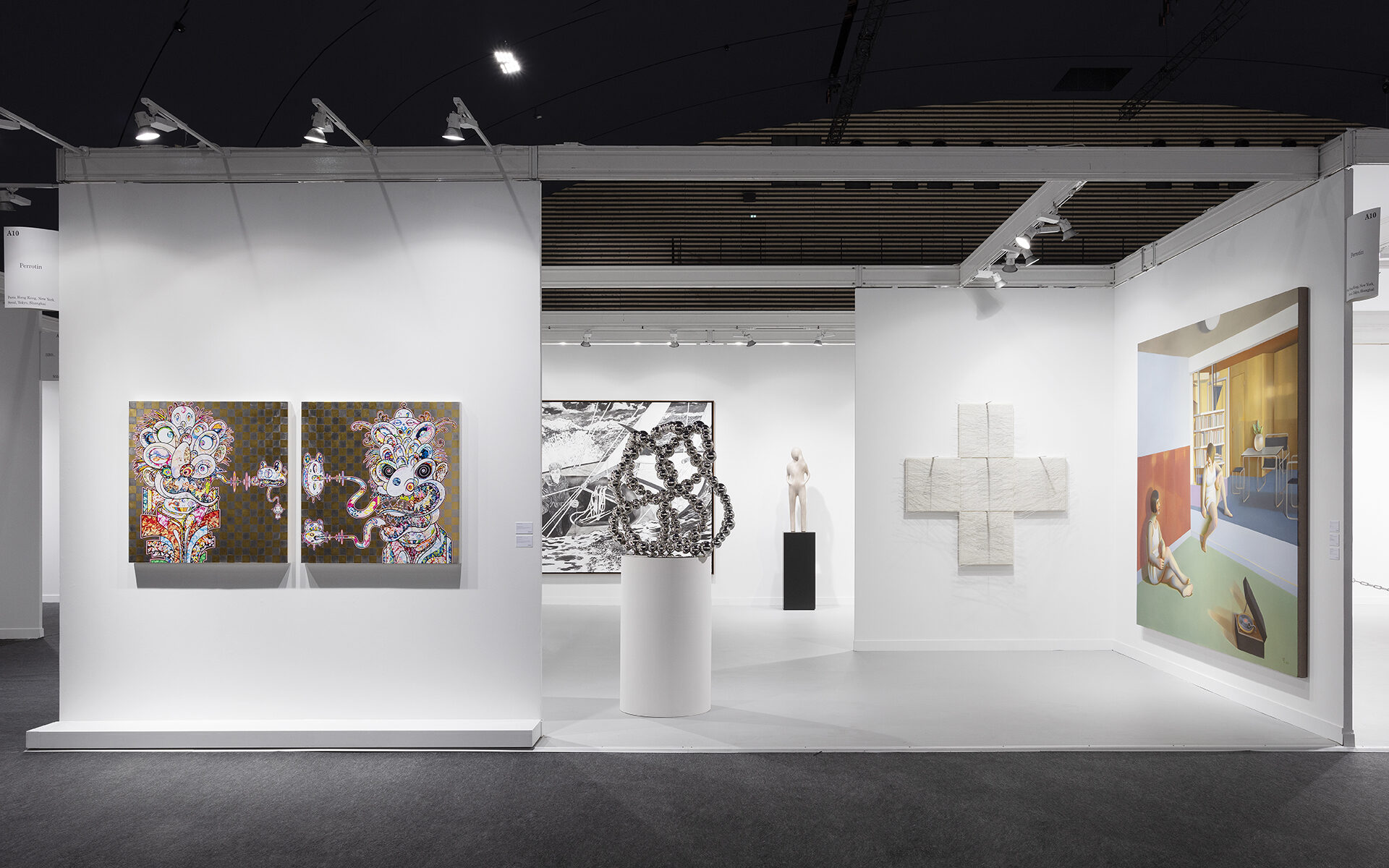 FIAC 2021 Shines in the Shadow of the Eiffel Tower 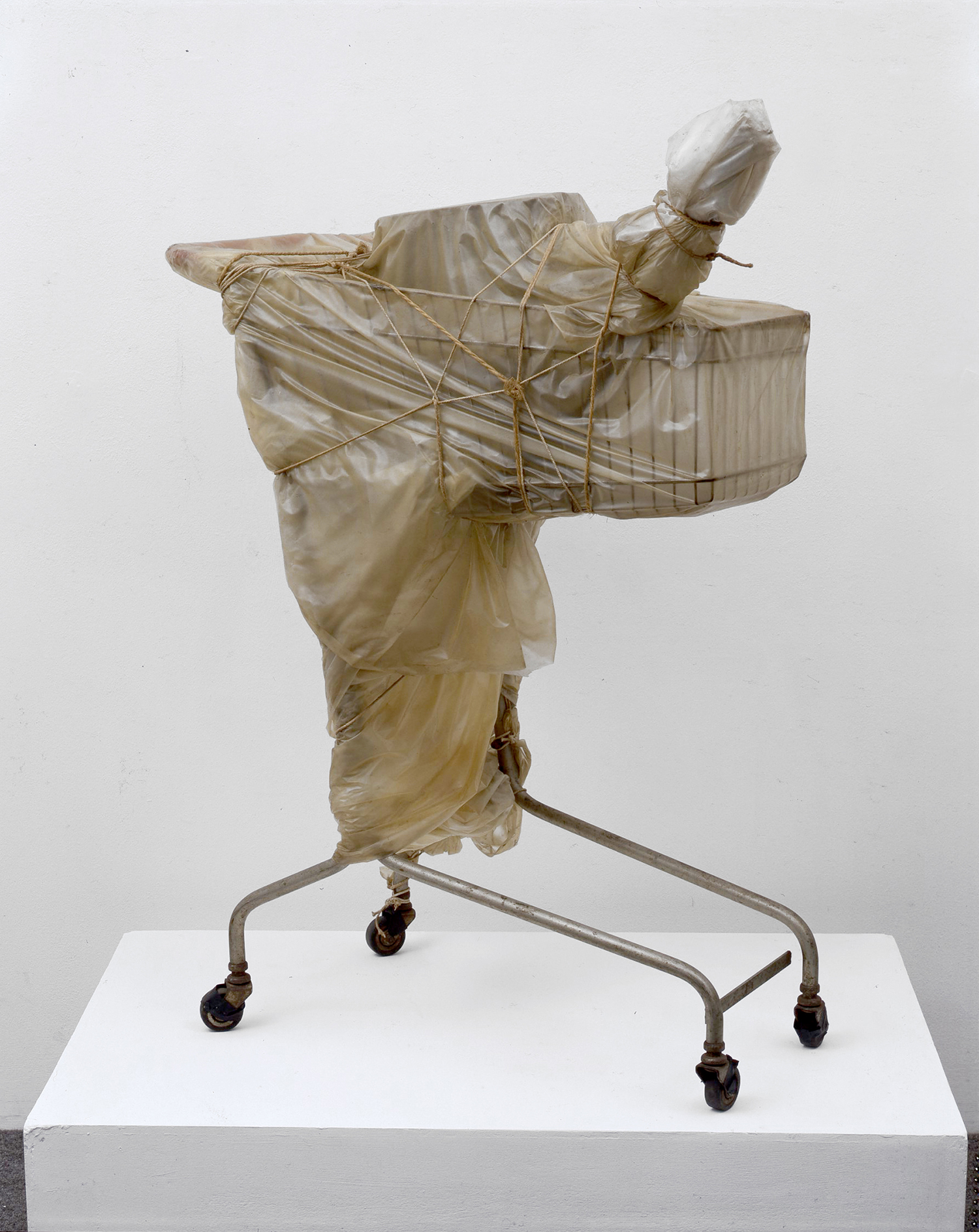 Dynamically presented in Grand Palais Éphémère, a temporary exhibition hall designed by architect Jean-Michel Wilmotte near the Eiffel Tower, the 47th edition of FIAC, presenting 170 galleries from 25 countries, opened to a packed house as collectors quickly filled the aisles and gallery booths to make significant purchases. With Covid seemingly under control from strict regulations requiring proof of vaccination to visit cultural institutions, and the city’s art scene growing from concerns of how Brexit will impact international trade, Paris is poised to become Europe’s art capital once again.

Several major galleries brought works related to museum solo shows of their artists currently on view in Paris, including Perrotin, David Zwirner, and Zeno X. Perrotin’s group presentation offered a home-size version of one of Jean-Michel Othoniel’s series of reflective stainless steel sculptures, Noeud Sauvage, which are based on mathematical and theoretical analysis of millions of tied knots and are prominently featured in his beautiful, baroque Petit Palais exhibition, “The Narcissus Theorem,” about a man who is resurrected as a flower and, in reflecting himself, reflects the world around him. 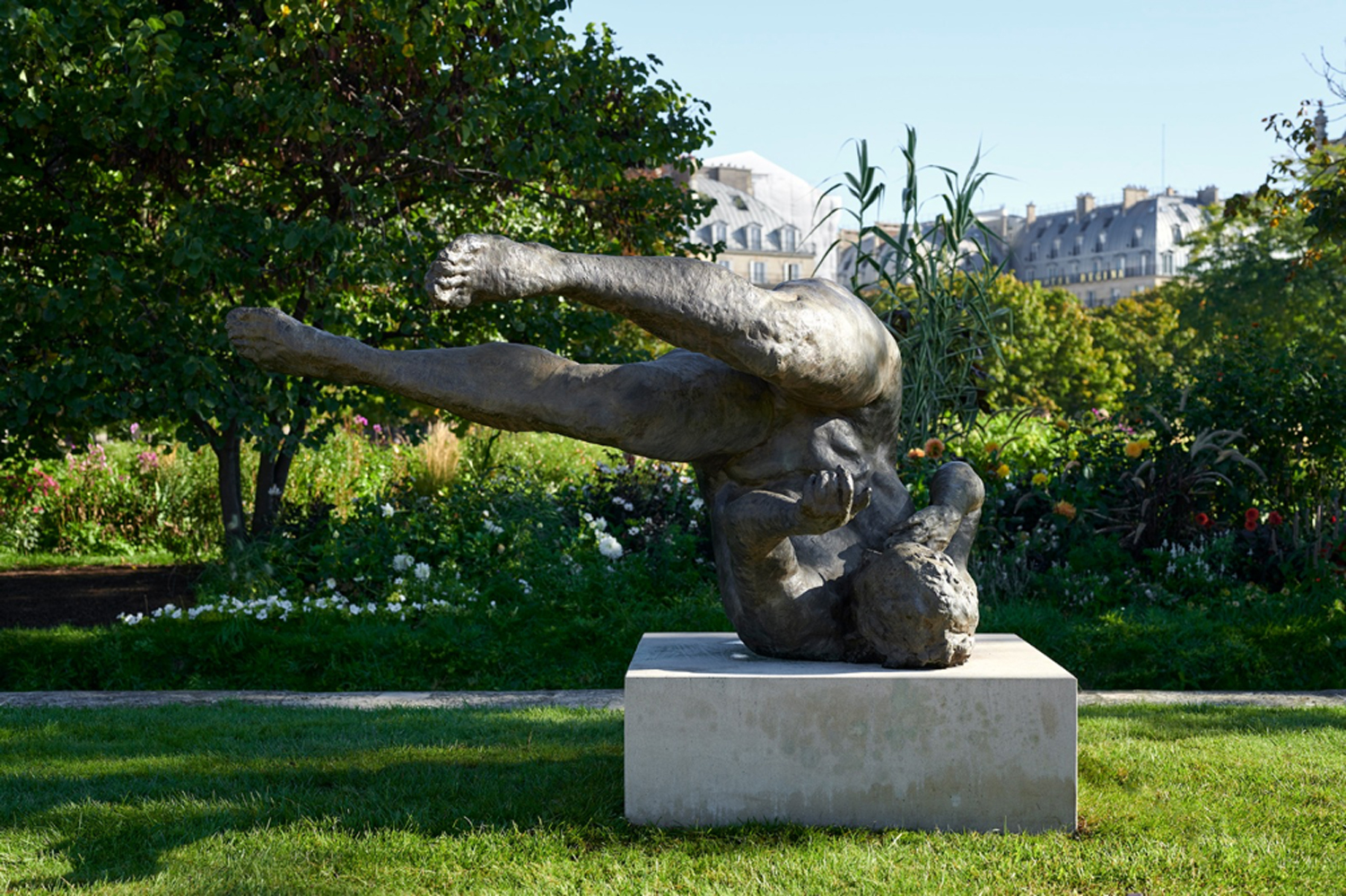 Similarly, David Zwirner highlighted geometric abstractions by painter and color theorist Josef Albers, who shares the spotlight with his wife, textile artist Anni Albers, in a sprawling survey of their influential work at the Musée d’Art Moderne de Paris, alongside related pieces by Harold Ancart and other gallery artists in its booth, while Zeno X presented a small, significant painting by Marlene Dumas, who has solo show at the Musée d’Orsay. 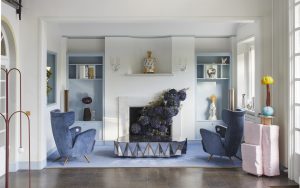 Inspired by the poetry of Charles Baudelaire, Dumas’ museum exhibition features portraits of the poet and his muse, Jeanne Duval, with paintings exploring darker motifs from his poems. The artist’s powerful 2008 painting of a women’s pudendum that was initially shown in an Axel Vervoordt–curated exhibition at the Palazzo Fortuny in Venice and is now on view at the fair, reflects Baudelaire’s interest in the pleasures of the flesh, while ironically referencing one of the Musée d’Orsay’s most famous works of art, Gustave Courbet’s L’Origine du monde. 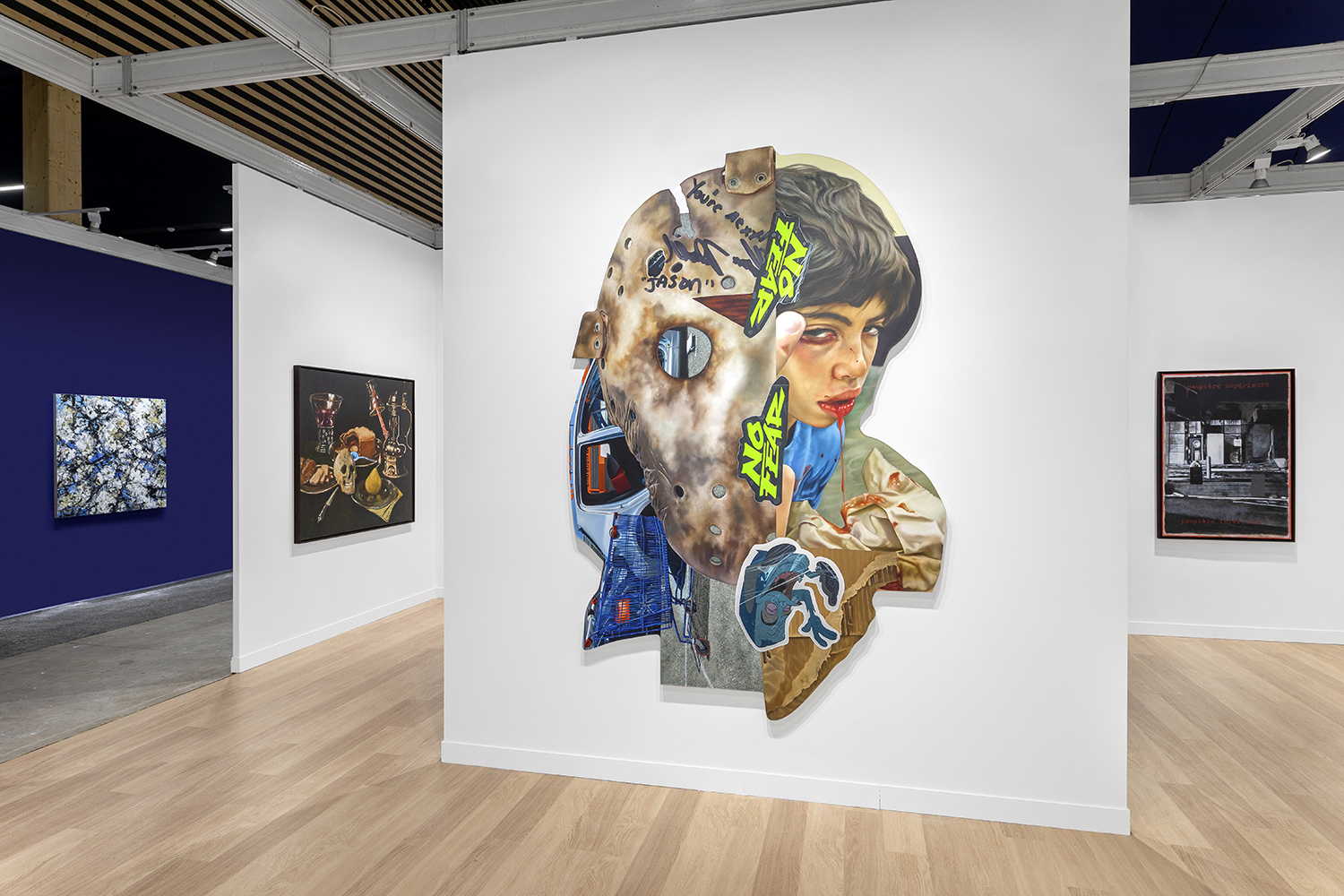 ROBIN KID a.k.a THE KID, It Is All Your Fault - XVII, 2021. ©ROBIN KID aka THE KID. Photo: Courtesy the artist and TEMPLON 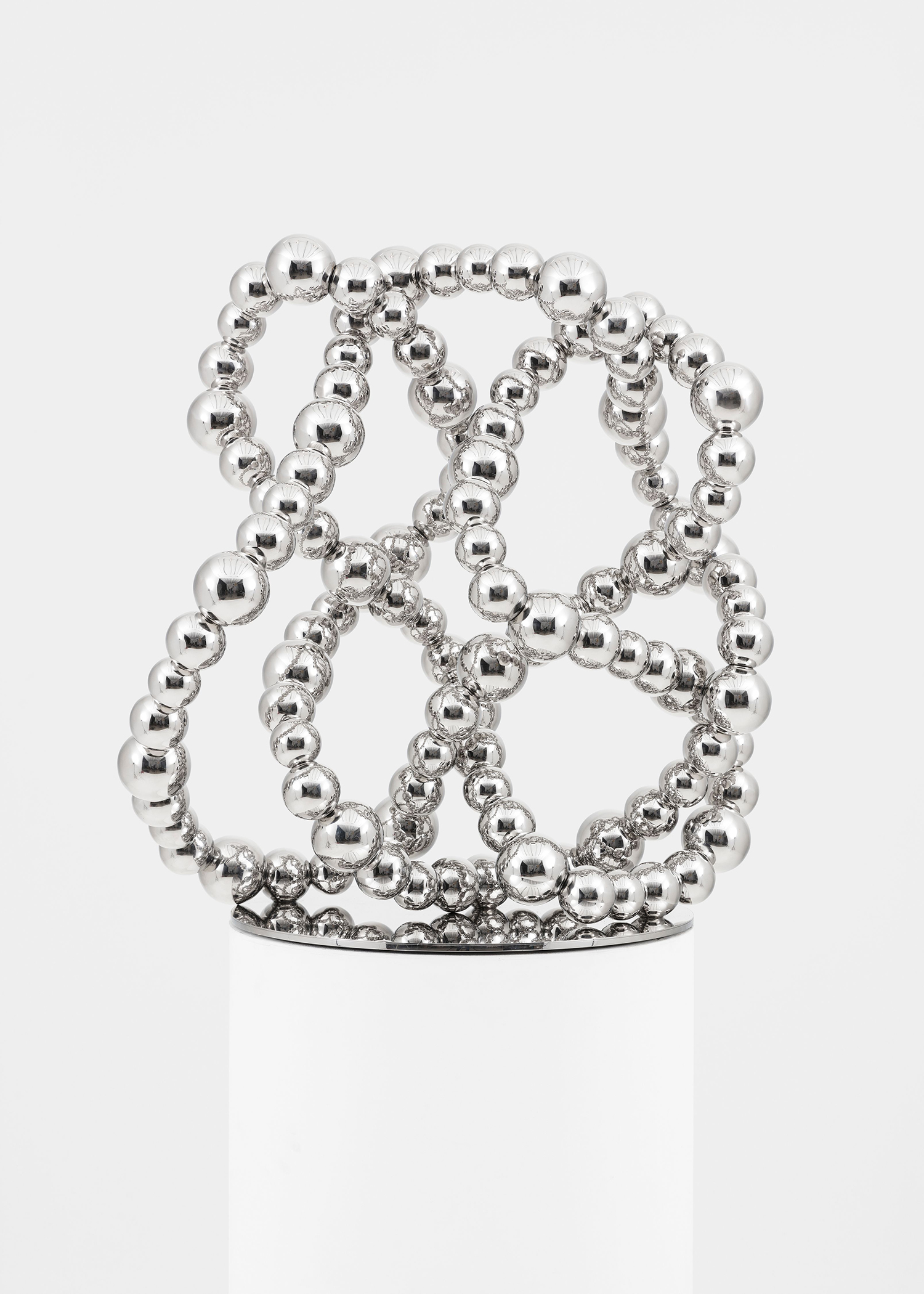 Other galleries, such as Templon, Galleria Continua and Skarstedt, spotlighted artists who have current solo shows at their spaces in Paris. Templon displayed a fantastic shaped canvas by the young self-educated artist ROBIN KID a.k.a THE KID, who comments on the overwhelming influence of media on the psyche of today’s youth, that should make people want to see his first show with the gallery in the Marais. Galleria Continua, meanwhile, pulled Nari Ward’s Contraband, a sculptural assemblage consisting of a shopping cart draped with shoelaces and ropes and holding a bronze tire embedded with sneakers, from his massive show in its old factory building on the outskirts of Paris to present it at the fair and Skarstedt, which just opened its Paris gallery with a solo show of new paintings by Eric Fischl, displayed one of the artist’s most celebrated bronzes, Tumbling Woman, in FIAC’s outdoor Hors les Murs presentation in the Tuileries Garden. 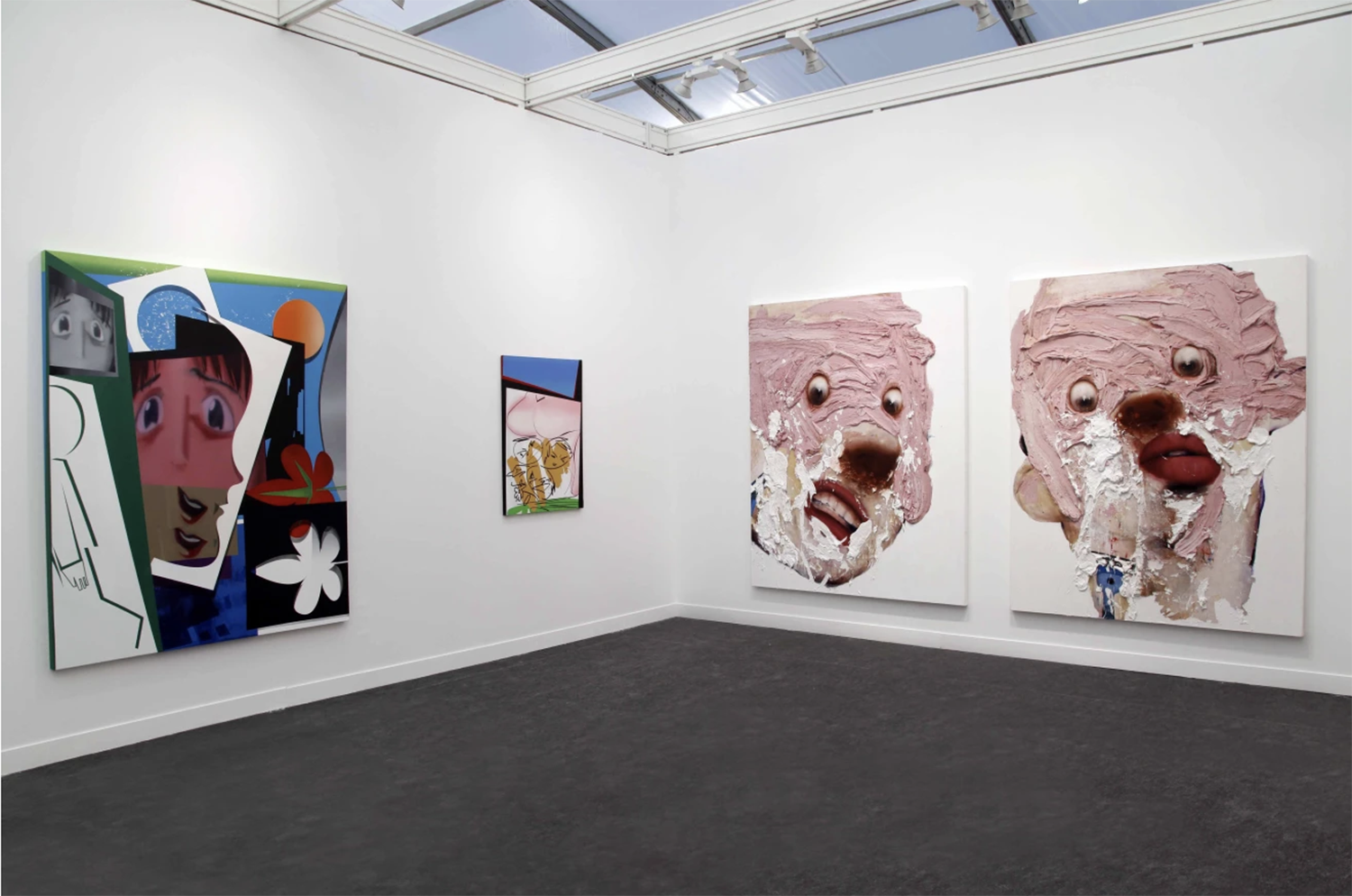 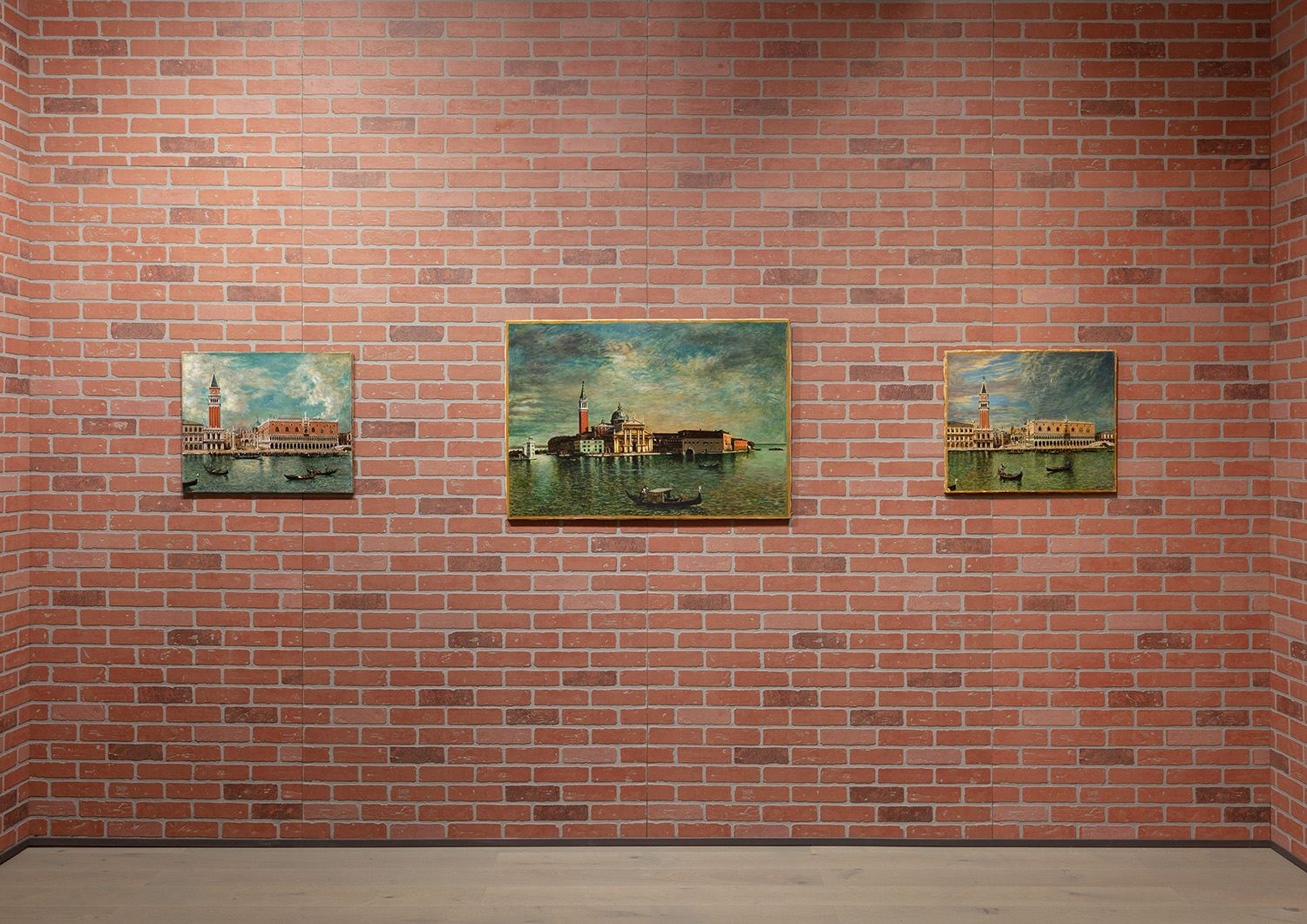 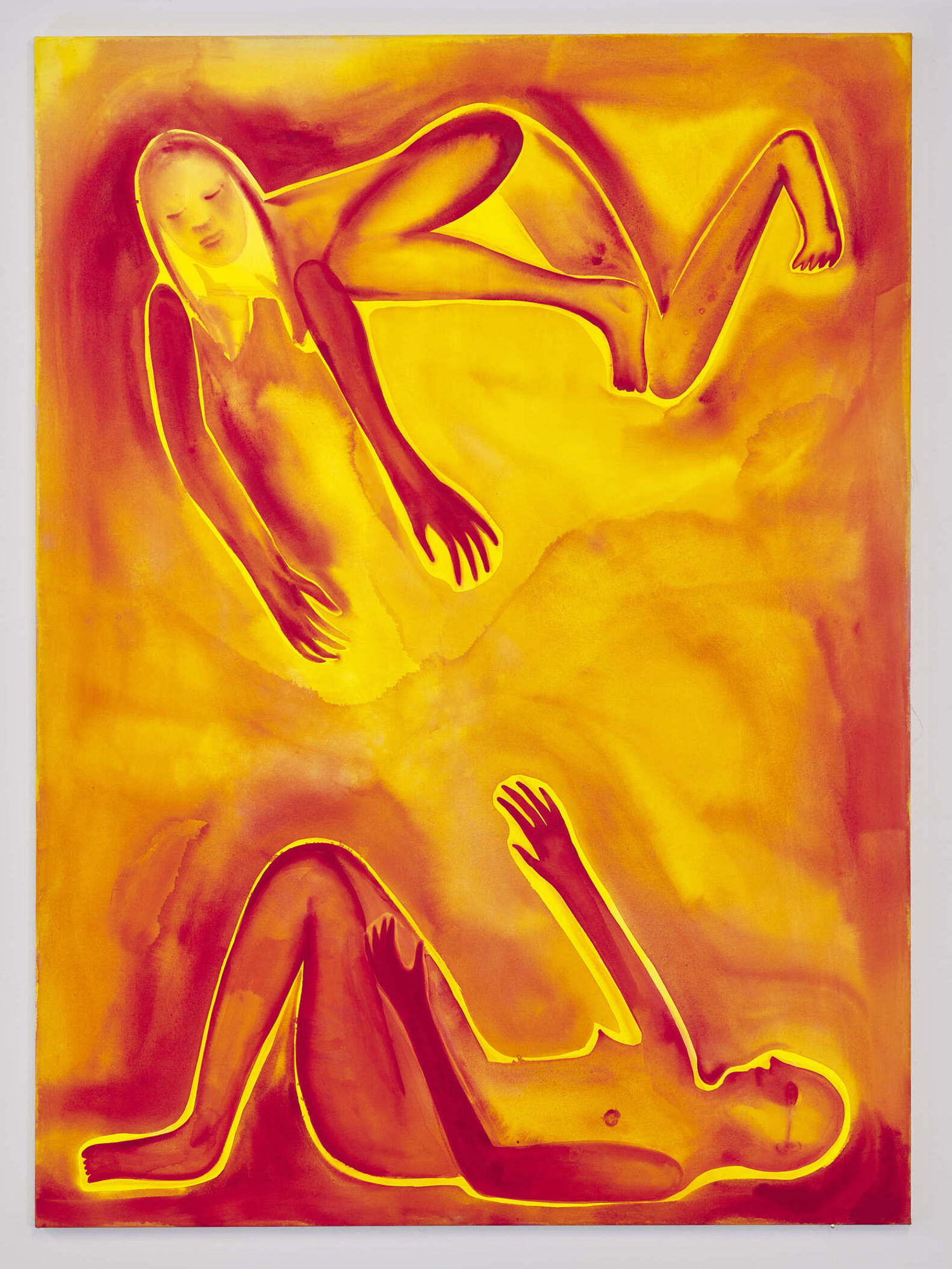 Younger galleries were represented in an adjoining tent that extended the fair further into the Champs de Mars. Solo show standouts in the young galleries section were Erin Jane Nelson’s installation of shaped wall-works that combined ceramics with found objects and pigment prints of nature at Document and Cecilia Granara’s poetic paintings of figures traversing dreamlike realms at Exo Exo. And, in one of the better two-person pairings, Hoda Kashiha mixed cartoons and pop culture imagery in her paintings to comment on the social situation in her native Iran, and Farrokh Mahdavi employed thick pink paint to make grotesque self-portraits meant to mock the process of aging at Dastan’s Basement. 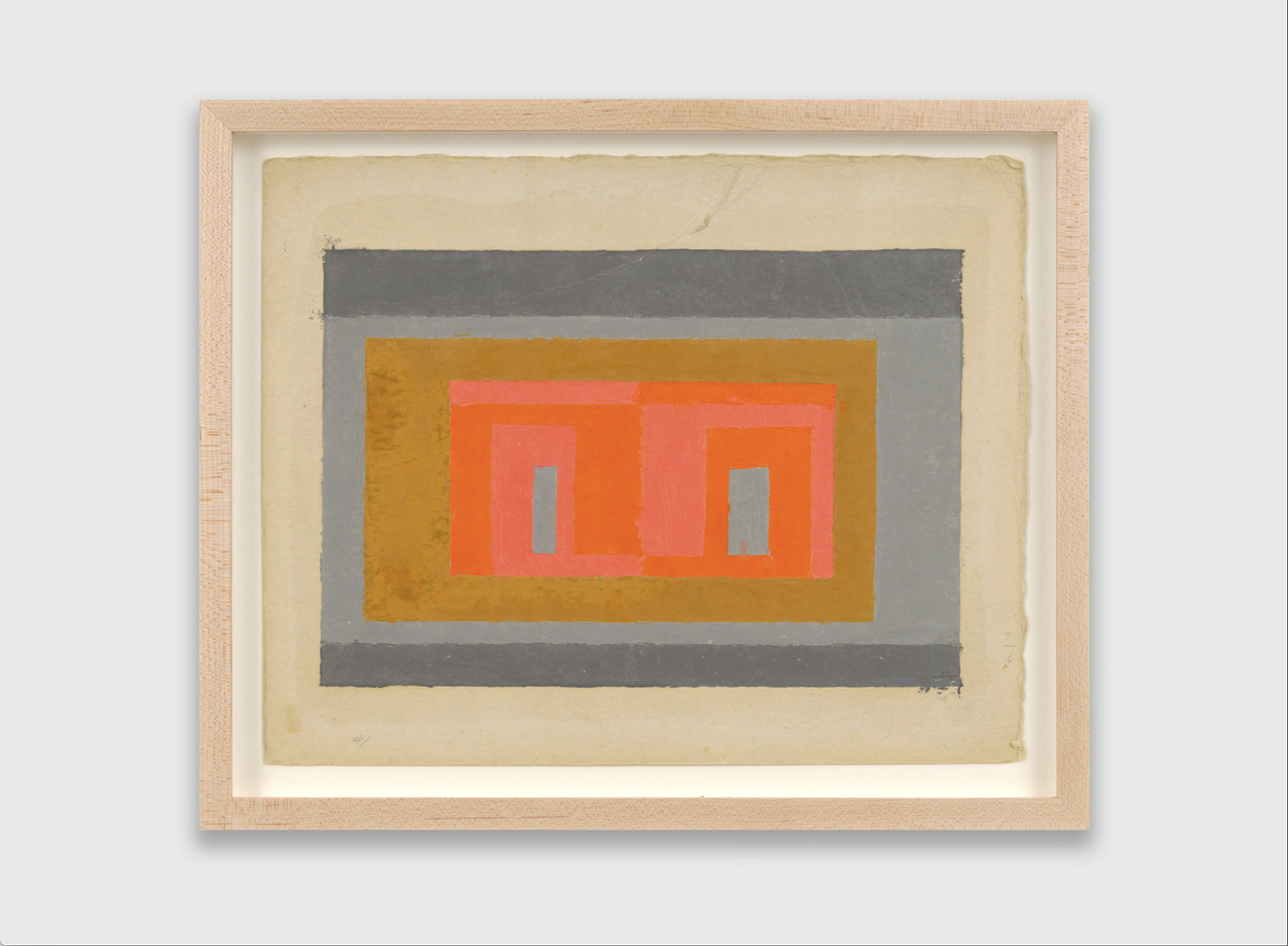 Two additional show-stoppers were Christo’s surreal Packed Supermarket Cart, a 1963 assemblage featuring a small grocery cart filled with unknown objects that was wrapped in plastic and bound with twine at Annely Juda Fine Art and an installation of scenic paintings of Venice on faux-brick walls at Nahmad Contemporary by the Italian precursor of surrealism, Giorgio de Chirico. Works that seem ripe for museum acquisitions, it was an unexpected delight to find them at the fair.

FIAC is open at the Grand Palais Éphémère in Paris through October 24.