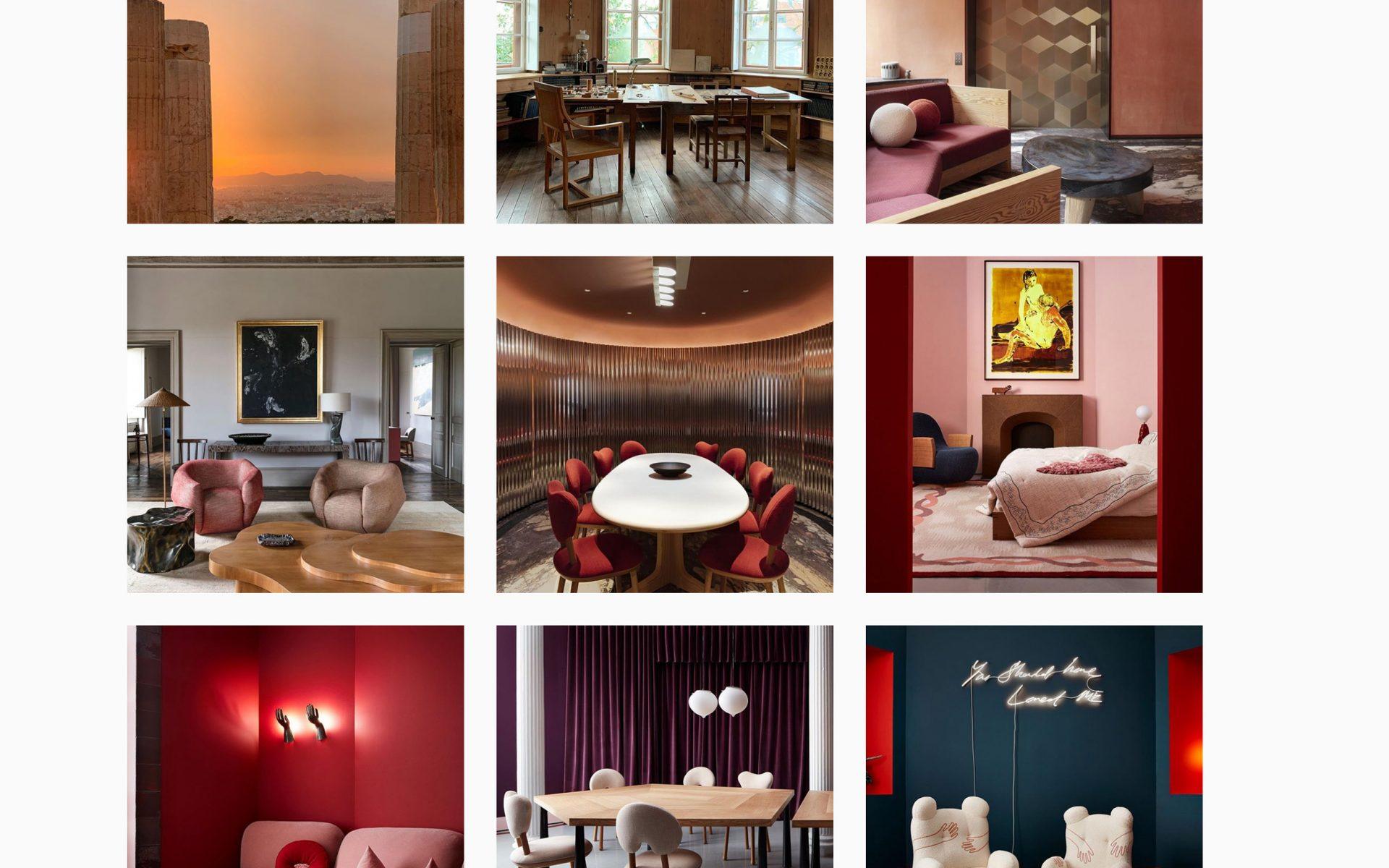 Curate the perfect feed by following these design-savvy pages

Designers who create spaces we want to physically inhabit often have a knack for translating that same sense of design savvy into their virtual presence as well. From the dazzling botanical stylings of Lily Kwong to the luxurious interiors of Pierre Yovanovitch, these design stars work across an array of specialties and mediums. So, whether you’re actively seeking inspiration for a space of your own or simply want to enjoy good design for the sake of it, these nine accounts are bound to enliven any feed.

Acclaimed Spanish architect and interior designer Isabel López-Quesada caters to international clients seeking her worldly aesthetic, a blend of contemporary style and rustic-chic accents. Her page features some of her most recent projects—like this estate in the Spanish countryside—each just as stylish as the last.

A familiar name to those in the fashion world, Ryan Korban is known for creating environments for designers like Balenciaga, Altuzarra, and Alexander Wang. Sleek and modern, his signature style shines through in his interior pieces for his namesake brand, Korban, as well as in his first real estate development, 40 Bleecker.

A self-described “urban Edenist” and landscape designer, Lily Kwong keeps her Instagram page updated with new projects, like the recent orchid installation at Florida’s Bal Harbour Shops. While grounded in nature, Kwong’s designs have a uniquely modern quality to them. The juxtaposition between greenery and industrial structures makes her work stand out in a crowded feed.

Founded some 25 years ago by French set designer Alexandre De Betak, Bureau Betak produces some of the fashion industry’s most-buzzed-about runway shows and sartorial events. Featured on the studio’s Instagram are a slew of recent installations, including one for Ermenegildo Zegna in Milan consisting of 23 miles of recycled fabric.

Swedish interior and product designer Martin Brudnizki has an eye for the chic and modern. His work includes the recently unveiled Four Seasons Astir Palace in Athens, as well as private London clubs Annabel’s and Harry’s Bar.

With an upwards of 156K followers, Pierre Yovanovitch’s social media presence is nothing short of impressive—and it’s easy to see why: The way his work blends minimalist interiors with exciting textures and blue-chip works of art is the essence of modern luxury.

At Haymarket Hotel, we are lucky enough to work with beautiful Regency dimensions with high ceilings and full-length sash windows in many of our bedrooms. In Room 110, the scheme is inspired by the wonderful patterned fabric used on the high statement headboard. The delicate floral fan-like design in a dusty blue contrasts beautifully with the Terracotta linen on the walls. We used an embroidered tree of life design in rich autumnal colours by @schumacher1889 on the bed cushions. Read more about how we created this scheme – link in bio @simonbrownphotography . . . #kitkemp #haymarkethotel #haymarket #firmdalehotels #london #roomgoals #interiors #interiordesign #terracotta #interiorsinspo #statement #bebold #love #chic #colour #fun #pattern #design #designgoals #bedroom #bedroomdecor

As the creative force behind every interior detail of the properties under her Firmdale Hotels brand, Kit Kemp has become a master at creating colorful spaces that feel both preppy and modern at the same time. It seems as though every color-soaked space strikes the perfect balance between the two.

The British architectural designer, whose work is known for its minimalist aesthetic, curates an equally minimalist Instagram feed. Capturing scenic landscapes and close-up architectural details, the enigmatic posts never include captions or geotags, only adding to the mystique.

Tehran-born India Mahdavi’s all-pink design for London’s Sketch restaurant has been called the most Instagrammable restaurant in the world. The architect and designer—who founded her studio in 1999—is known as the reigning queen of color, and her Instagram features previews of her latest projects plus the settings (and hues) that inspire her.