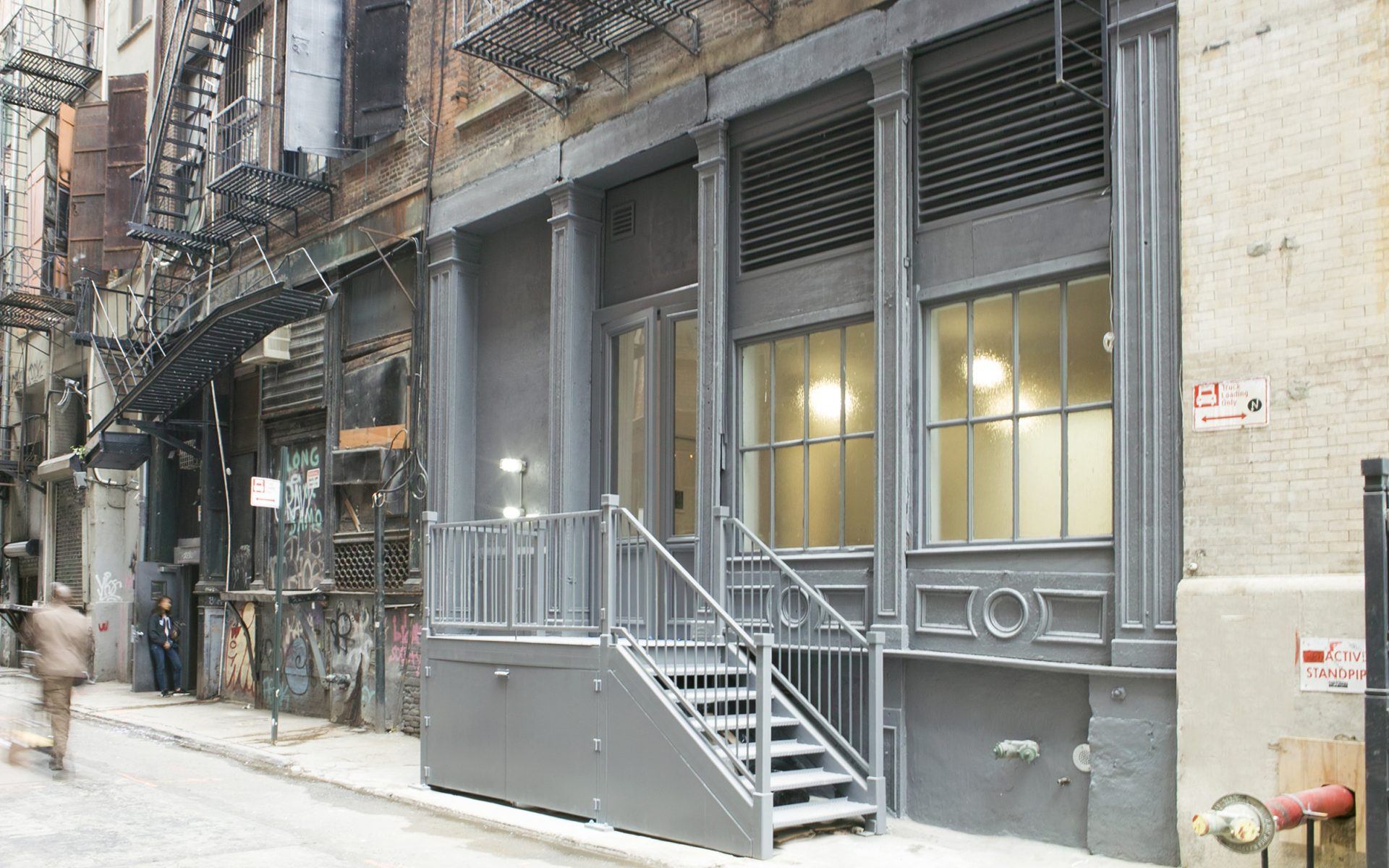 With five new gallery spaces opening in Tribeca on September 6, two others joining the neighborhood this past summer, and at least three more rumored to be putting down stakes next year, the Triangle Below Canal Street has emerged as New York’s hottest destination for art.

The phenomenal success of the High Line and the rapid expansion of luxury living around it has sent Chelsea real estate prices through the roof. Many galleries whose leases are coming up for renewal are being hit with big-dollar increases so they’re looking for properties elsewhere. The Upper East Side is perhaps the best address for access to collectors, but even the largest spaces uptown pale in comparison to Chelsea’s cavernous warehouse structures. The Lower East Side galleries—with a few exceptions—are mostly storefront spaces.

After a slow start—beginning with the migration of Alexander and Bonin from Chelsea in 2016 and Bortolami in 2017, followed by the launch of Ortuzar Projects, founded by private dealer and former David Zwirner partner Ales Ortuzar in 2018—Tribeca is now being seen by savvy gallerists as one of the trendiest neighborhoods in the city to open shop.

“Tribeca spaces have everything a contemporary art gallery needs,” the art world’s go-to architect Markus Dochantschi tells Galerie during a walkthrough of the new Andrew Kreps Gallery at 22 Cortlandt Alley, which he was tapped to design. “Because the buildings were once warehouses, the spaces have fantastic proportions with great ceiling heights and floors that can support a lot of weight. Over the past 20 years, Tribeca has become an affluent residential area, which is why it will succeed in attracting more galleries.” Two of the other new Tribeca galleries have also hired architectural firms to design their spaces, with James Cohan at 48 Walker Street enlisting HS2 Architecture and Canada at 60 Lispenard Street working with Common Room. Nearby, the founder of Monica King Contemporary designed her own new gallery at 39 Lispenard Street and Kaufmann Repetto simply made alterations to its 55 Walker Street space, which had previously been the home of Artists Space and, more recently, Andrew Kreps Gallery’s temporary quarters.

These five galleries—along with Chart at 74 Franklin Street and Denny Dimin Gallery at 39 Lispenard Street, which  landed in the neighborhood in May and July, respectively—join a growing community of Tribeca art and design outposts, including the Journal Gallery, Kerry Schuss, PAGE (NYC), Patrick Parrish, Postmasters, Queer Thoughts, and R & Company, which opened its Franklin Street gallery in 2000 and another space on White Street in 2018.

Mark your calendars for the September 6 launch of the area’s newest galleries and read on for a preview of the inaugural shows. After directorial roles at Pace, Kasmin, and SOCO Gallery in Charlotte, North Carolina, Monica King is ready to run her own space. King opens her namesake gallery with the out-of-town talent April Marten, whom she discovered while living in Charlotte. A conceptual artist working in a variety of media, Marten created the ghost character Frances and lets herself be taken over by the spirit in staged photography, video, and live performance for her New York solo debut. Through October 12 From a humble beginning on West 57 Street in 1999 to its grand space in Chelsea three years later, James Cohan celebrates its 20-year anniversary in its sharply designed, 6,600-square-foot gallery with a show of new work by glass sculptor Josiah McElheny that seems tailor-made for the location. Taking a mystical view of the universe at night, McElheny presents micro-mosaic paintings of distant galaxies, hand-formed and handblown glass landscapes, and labyrinths of moonlit realms as well as the massive Moon Mirror, which becomes the show’s centerpiece and stage for a mind-expanding series of performances curated by Blank Forms. Through October 19 From an equally humble start on Broadway in SoHo in 1996 to several different manifestations in Chelsea spaces, Andrew Kreps Gallery lands in its largest realm to date. Occupying a huge ground-floor and basement space that runs from Cortlandt Alley to Broadway, the 9,000-square-foot gallery has multiple exhibition spaces and viewing rooms with 15-foot ceilings and a double-height area with a 30-foot-high wall that could accommodate a massive mural. Kreps opens the new space with photography superstar Roe Ethridge, who presents a colorful combination of his fine art photography, commercial studio work, and candid cell phone snaps in his ninth solo show with the gallery. Ranging from still lifes of Plenty paper towels and rubber snakes on a bandanna to staged portraits of soap opera star Susan Lucci cheekily stabbing actor Derek Chadwick while dressed to kill in high fashion and transgender model Oslo Grace posing in pink on a picnic blanket in the mud outside of Citi Field, Ethridge’s pictures elegantly expose a surreal side of American social life. Through November 2 In its fourth space since opening at nearby Broadway and Franklin Street in 2000, Canada jumped to Tribeca from the LES when its space there was absorbed by residential expansion. After taking a buyout, the four gallery partners, who are also exhibiting artists, founded this 4,800-square-foot space where they can present two simultaneous shows; it also offers a viewing room on the ground floor and large storage area downstairs. First up in the main exhibition area is a show of colorful paintings by Xylor Jane, who has a love for numbers, grids, and geometric shapes. Somewhat of a psychedelic take on minimal and conceptual art—think of looking at a gridded Agnes Martin painting while tripping on LSD—Jane’s paintings are cerebral road maps to the depths of our overly programmed minds. Meanwhile, Oakland-based sculptor Sahar Khoury makes her New York solo debut with a show of found-object assemblages in the gallery’s Project Room. Through October 19 Headquartered in Milan, Kaufmann Repetto opened its New York gallery in 2013 in an adjacent space to Andrew Kreps Gallery on West 22 Street. It next followed Kreps to its temporary space on Walker Street this spring, and now it’s taking over the ground level, while sharing a basement exhibition program with Kreps and nearby Bortolami. Dutch artist Lily van der Stokker—fresh off a survey at the Stedelijk Museum in Amsterdam—presents a selection of drawings and wall-painting installations in the first show. Seemingly feminine and cheerful, the artist’s illustrated subjects convey a double edge, with obsessions over domestic chores, art-making, and illness playing equal roles. Here, Van der Stokker whimsically tackles the concept of aging, as seen through a personal lens, with works in both the reception area and main gallery space, while Bortolami offers a 24-channel sound-sculpture installation with suspended seashells by artist Juan Antonio Olivares, who had a 2018 solo at the Whitney Museum, in the downstairs space. Through October 19