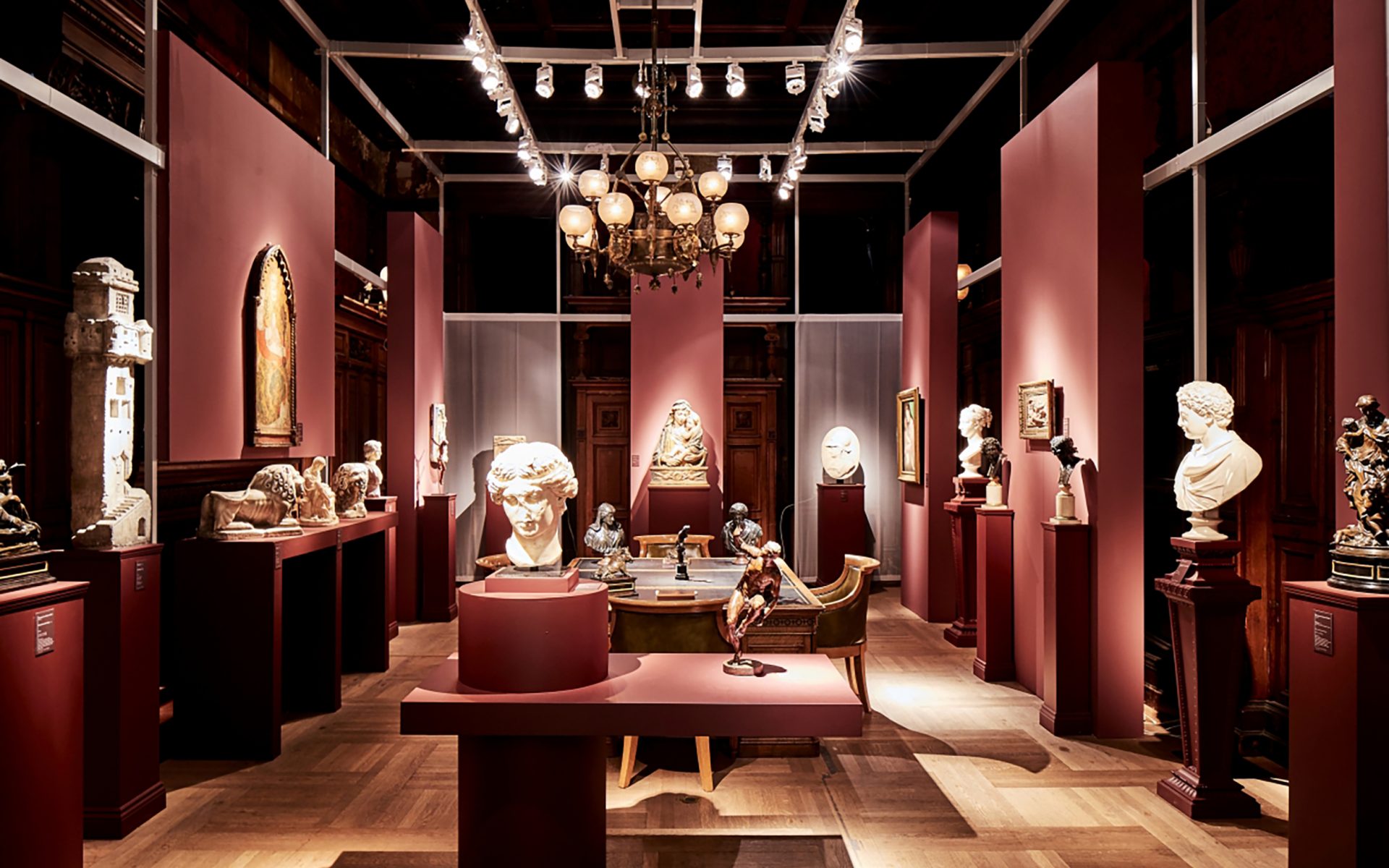 From a childhood painting by Pablo Picasso to a Fabergé case owned by Tsar Nicholas II, here are the gems you’ll find at TEFAF

The third annual edition of TEFAF New York Fall returns to the Park Avenue Armory on October 26 with 90 exhibitors presenting the best in fine and decorative arts and jewelry from antiquity through the early 20th century. The incredible success of the previous two editions of the New York iteration of the fair—which was established in 1988 in Maastricht, Netherlands, and expanded to New York in 2016—reveals a renewed interest by collectors in Old Masters and antiquities in the U.S., a marketplace long dominated by modern and contemporary art and collectibles.

While the fair will see the return of a number of galleries that have done the fair since it first opened in New York, including Colnaghi, De Jonkheere, Hemmerle, and Hirschl & Adler, this year brings 12 new exhibitors, including Cybele, a book dealer from Paris, as well as Japanese and Korean art specialist Sebastian Izzard from New York.

See below for a preview of some of the most extraordinary finds at the fair. In 1910, Tsar Nicholas II and Tsarina Alexandra Feodorovna purchased this imperial case from Fabergé for 250 roubles. (The Tsar and Tsarina bought it via their joint account, paying 125 roubles each). The stunning piece is crafted in gold-mounted silver gilt and adorned with alternating stripes of yellow enamel. The thumb piece is set with a cabochon sapphire, and the lid is embellished with an imperial double-headed eagle in enamel. Virgin with Child by Francisco de Zurbarán (1598–1664) at Colnaghi. Photo: Courtesy of TEFAF A copy of Titus Livius’s History of Rome at Henri D’Orquevaulz. Photo: Courtesy of TEFAF

This gallery will offer a remarkable French translation of the Roman historian Titus Livius’s History of Rome. This rare manuscript on vellum contains 87 large miniatures by Henri d’Orquevaulx, a masterful artist of late medieval illumination. The asking price is $187,701. The Etruscan chair by Georges Jacob at Burzio. Photo: Courtesy of TEFAF

This stunning carved mahogany siège à l’antique chair, with its beautiful C-shaped legs, which can be found at Burzio, was created between 1790 and ’95 by the master cabinetmaker Georges Jacob. A passionate collector and art historian based in Munich, Georg Laue became fascinated by Renaissance wunderkammer (cabinets of curiosity) after working for his father’s antiques business. Hemmerle is known for combining precious gems and metals with unusual materials. This year, the Munich-based house is celebrating its 125th anniversary with a stunning new collection called Revived Treasures, which is inspired by ancient Egyptian jewelry. Portrait of a Bearded Man by Pablo Picasso. Photo: Courtesy of TEFAF

Far from the Picasso style we have come to know, this small, somewhat crudely painted oil piece done in a more academic style was painted by the artist at the ripe age of 14. This sculptural flower brooch—crafted in blue chalcedony, diamonds, and sapphires on white gold—was formerly owned by the daughter of fashion designer Jeanne Lanvin. A Bouquet of Flowers in a Decorated Vase by Jan Breughel the Younger . Photo: Courtesy of TEFAF

Jan Brueghel the Younger devoted his career to carrying on his famous father’s painting style, sometimes even copying his works. Here, a spectacular arrangement of lilies, irises, tulips, roses, orchids, and peonies are presented in a sculpted vase decorated with the figures of Amphitrite and Ceres. A millefleur tapestry with the coat of arms and initials of Christine De Lechy. Photo: Mullany

Millefleur tapestries are prized for their rarity and decorative nature, and this remarkable wool-and-silk example is typical of the second half of the 15th century and early 16th century. The signature dark blue background shows off the intricate work on the flower patterns.