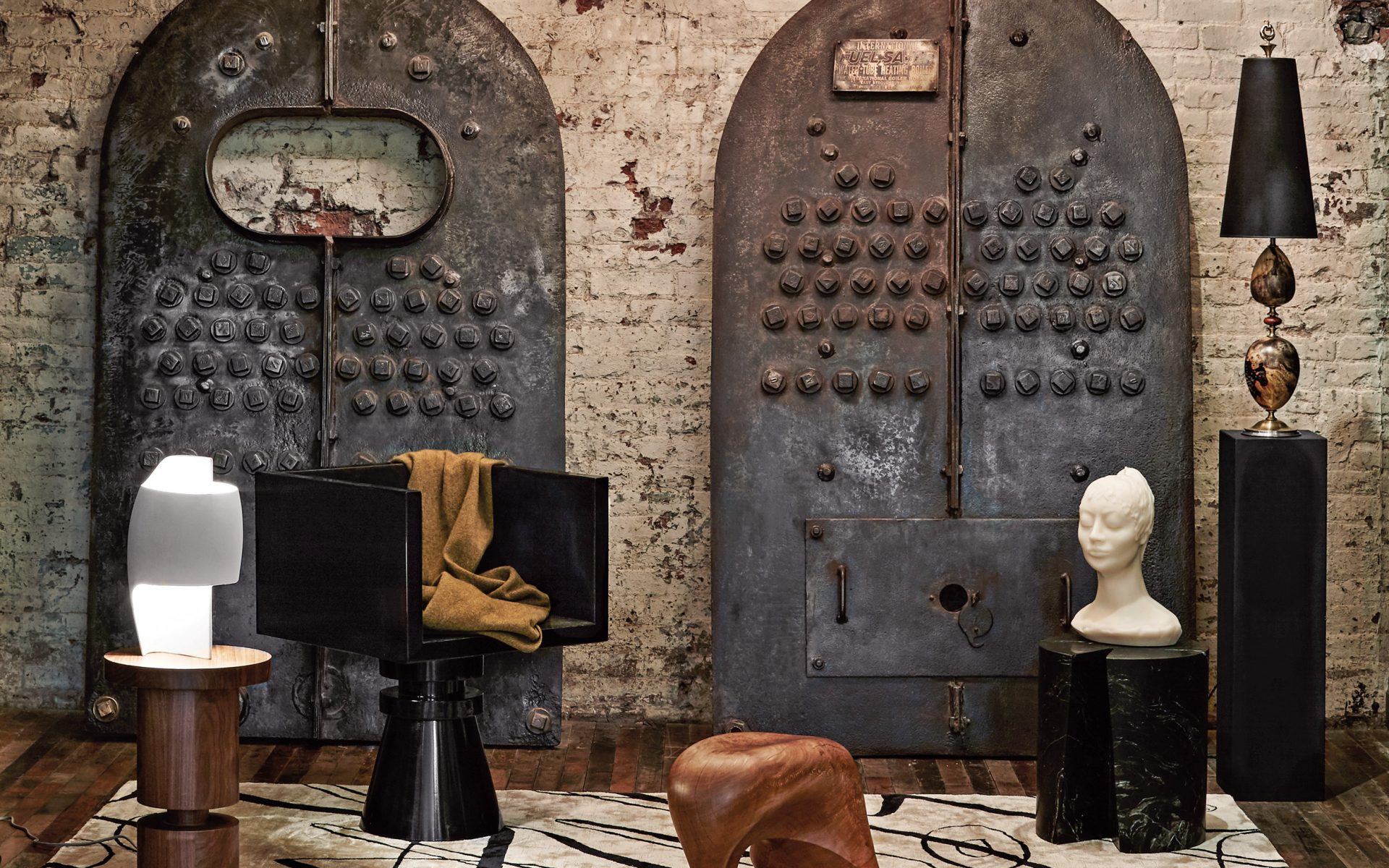 Prior to finding her niche as a gallerist, Melanie Courbet shuttled between various African countries and Los Angeles while alternating careers—from charity work and art and design consulting to a stint as Morphosis architect Thom Mayne’s executive assistant. In 2013, she opened her first carefully curated space in New York’s Nolita neighborhood; a second location, inside Miami’s iconic Surf Club, followed.

“I wanted to underscore the timeless value of pieces that are crafted by hand through techniques that represent centuries’ worth of heritage and know-how,” Courbet says of the works she displays. Her latest space, Les Ateliers Courbet, which opened last fall in Chelsea and will launch a three-year relationship with Mauro Mori for unique and limited-edition pieces on May 22, showcases the crème de la crème of craftsmanship, including pieces by 400-year-old Kyoto pottery studio Asahiyaki and Mongolian cashmere creator Oyuna, as well as glassware from venerable Viennese firm Lobmeyr and furniture and lighting by Paris designers Domeau & Pérès and Thierry Dreyfus, respectively.

Here, Courbet gives insight into the objets that capture her attention, the one piece she couldn’t live without, and the work she wishes could be in her personal collection. She cites this 2,200-year-old earring, which once belonged to a Mesopotamian princess, as a treasured possession. Photo: Courtesy of the Metropolitan Museum of Art

The one object I wouldn’t want to part with is a 2,200-year-old earring my boyfriend gave to me that belonged to a Mesopotamian princess. It was made using granulation, a goldsmithing technique that was developed in Mesopotamia, disappeared for centuries, and was rediscovered later.

I am extremely lucky, as two of my favorite pieces were gifted to me by the artist Claude Lalanne herself, which makes them even more special—a beautiful silver necklace and a pair of ginkgo earrings. My bed might be my favorite place on earth. I love the little Lalanne monkey looking at me when I wake up and the two vintage Tuareg bracelets that I never wear but that I enjoy seeing on my bedside table.

I read my emails and the news on our Smile daybed by Giancarlo Valle, where another monkey—the watercolor Jack on His Deathbed by Walton Ford—lounges on the wall right above me. I also love my little office area, where I hoard cards, letters, and magazines that I intend to read . . . eventually, maybe. Walton Ford’s Jack on His Deathbed. Photo: Courtesy of the artist and Kasmin Gallery

I am obsessed with Auguste Rodin’s sculptures. That’s something that’s been with me since I was much younger, when I decorated my notebooks and bedroom walls with postcards and posters of his work that my mother bought for me at the Musée Rodin in Paris. The emotions I feel when I look at La Danaide—or any of his marble sculptures—are very strong. Gustave Courbet’s Waves, from around 1870. Photo: Courtesy of the Philadelphia Museum of Art

One artwork I’d like to own is Gustave Courbet’s Waves, from around 1870. Courbet is my great-great-uncle. It is a magnificent work—a blue canvas depicting a sea in turmoil—but it is part of the collection of the Philadelphia Museum of Art. My favorite hotel is the Amangiri in Utah. I haven’t yet found a more inspiring retreat. I think the success and elegance of its design lie in its simplicity as it blends into its untouched environment. You feel enveloped by the stunning landscape around you in every corner of the property.

I only shop randomly when I travel. If I had to come up with a couple of stores that I would recommend for the consistency of their selection, I would say Jade in the sixth arrondissement in Paris. Da/Da in Paris has a good selection as well. I like to visit Isaac Reina in Le Marais for bags and the boutiques on the small streets of the sixth arrondissement. My favorite travel destination is Japan, especially Kyoto, where I always make sure to visit Robert Yellin Yakimono Gallery as well as Gallery Yukei, inside the Tawaraya Ryokan.

When I’m in New York, I like the uni sashimi and omakase at Kanoyama and orange-blossom macarons and Champagne at Ladurée. When I travel, I favor the fish of the day at Le Duc in Paris, sashimi at Hyotei in Kyoto or matsutake mushroom dishes at Kichisen, or homemade pasta at Trattoria Cammillo in Florence. A recent discovery is the late jeweler Jean-Claude Bonillo, whose work came to my attention at Design Miami/ thanks to Magen H Gallery. I acquired one of his pieces—a sculptural necklace in gold-plated silver—and am very, very happy with it.

A version of this article first appeared in print in our 2019 Summer Issue under the headline Artful Atelier. Subscribe to the magazine.