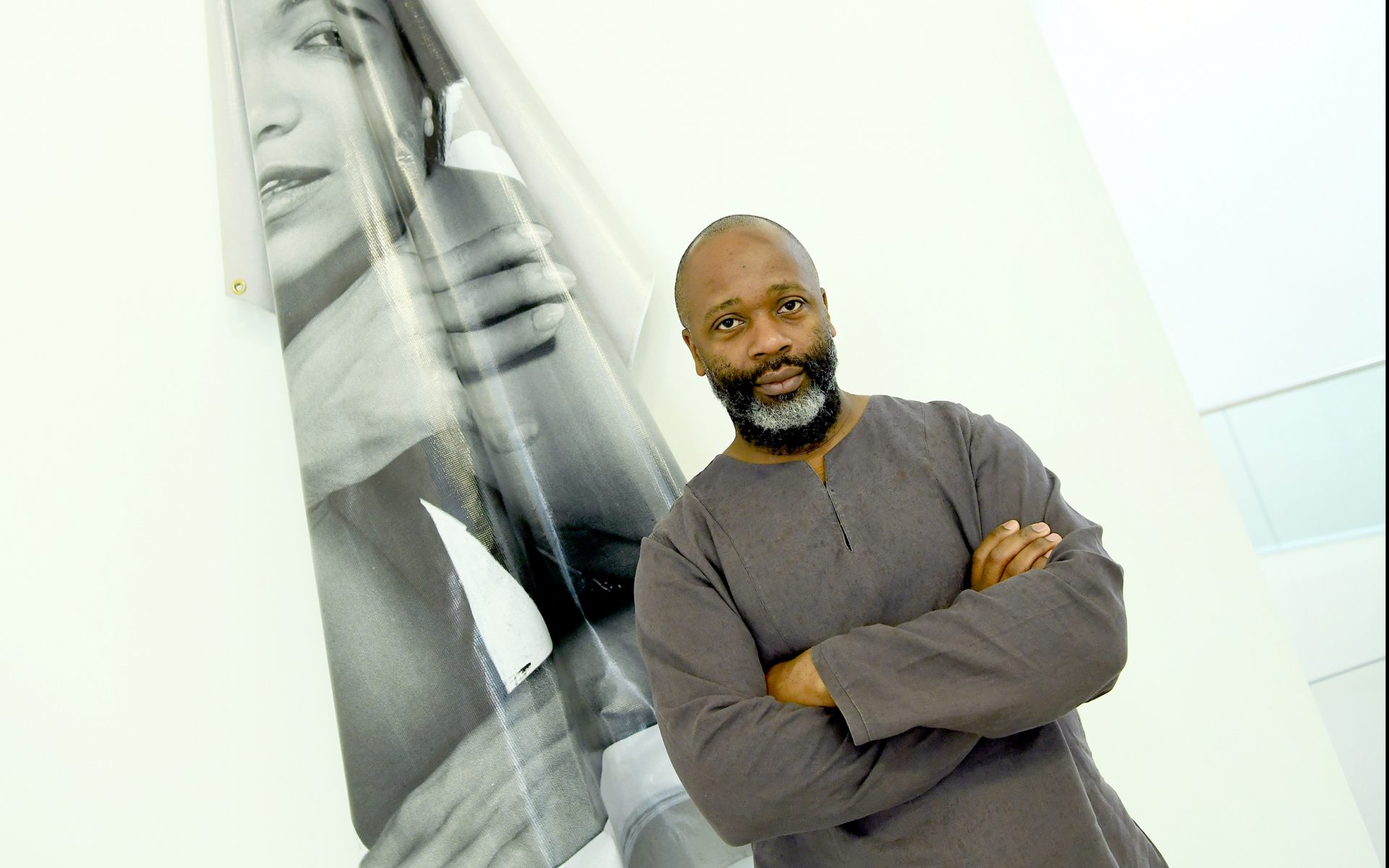 Gagosian Will Represent Theaster Gates, with a New York Exhibition Planned for 2020

In the years since his participation in the 2010 Whitney Biennial, Gates has received widespread international recognition for stirring works such as 12 Ballads for Huguenot House at Documenta 13 in 2012 and Gone Are the Days of Shelter and Martyr at the Venice Biennale in 2015, as well as major exhibitions at Fondazione Prada in Milan, Kunsthaus Bregenz in Austria, and Kunstmuseum Basel in Switzerland.

Encompassing sculpture, painting, ceramics, video, performance, and music, Gates’s art often derives from and sustains ambitious urban renewal projects. In 2010, the artist created the Rebuild Foundation, a nonprofit aimed at galvanizing communities through neighborhood regeneration and the development of educational and arts programming. Many of the foundation’s initiatives have focused on the revitalization of Chicago’s South Side, creating hubs and archives for black culture, which serve as catalysts for discussions on race, equality, space, and history. From left: Theaster Gates, Bono, and David Adjaye. Gates and Adjaye will curate an auction at Art Basel Miami Beach, the proceeds of which will go to Bono’s charity, (RED). Photo: Rankin/Sotheby's

A statement from the gallery expanded on the new relationship, saying: “After a period of intense activity and reflection, Gates has declared his desire to focus more intently on his own oeuvre and the artworks that come out of his explorations of value, economy, and material exchange in charged social contexts. As Gates’s first gallery representative in New York, Gagosian will support the realization of exhibitions and projects across the full scope of his praxis in the context of broader intergenerational and intercultural dialogues in today’s global art scene.”

In Los Angeles, Gates will continue to be represented by Regen Projects and Richard Gray Gallery, while White Cube remains his gallery in London.

While his debut exhibition in New York is still more than a year away, Gates will participate in a high-profile event during Art Basel Miami Beach next week. The artist and Sir David Adjaye will curate this year’s (RED) Auction, the annual sale of donations by artists of contemporary art and design, to be held by Sotheby’s on December 5 as part of the international initiative that supports the fight against AIDS. On World AIDS Day, December 1, Gagosian will open the preview exhibition of the donated works at the Moore Building in Miami.