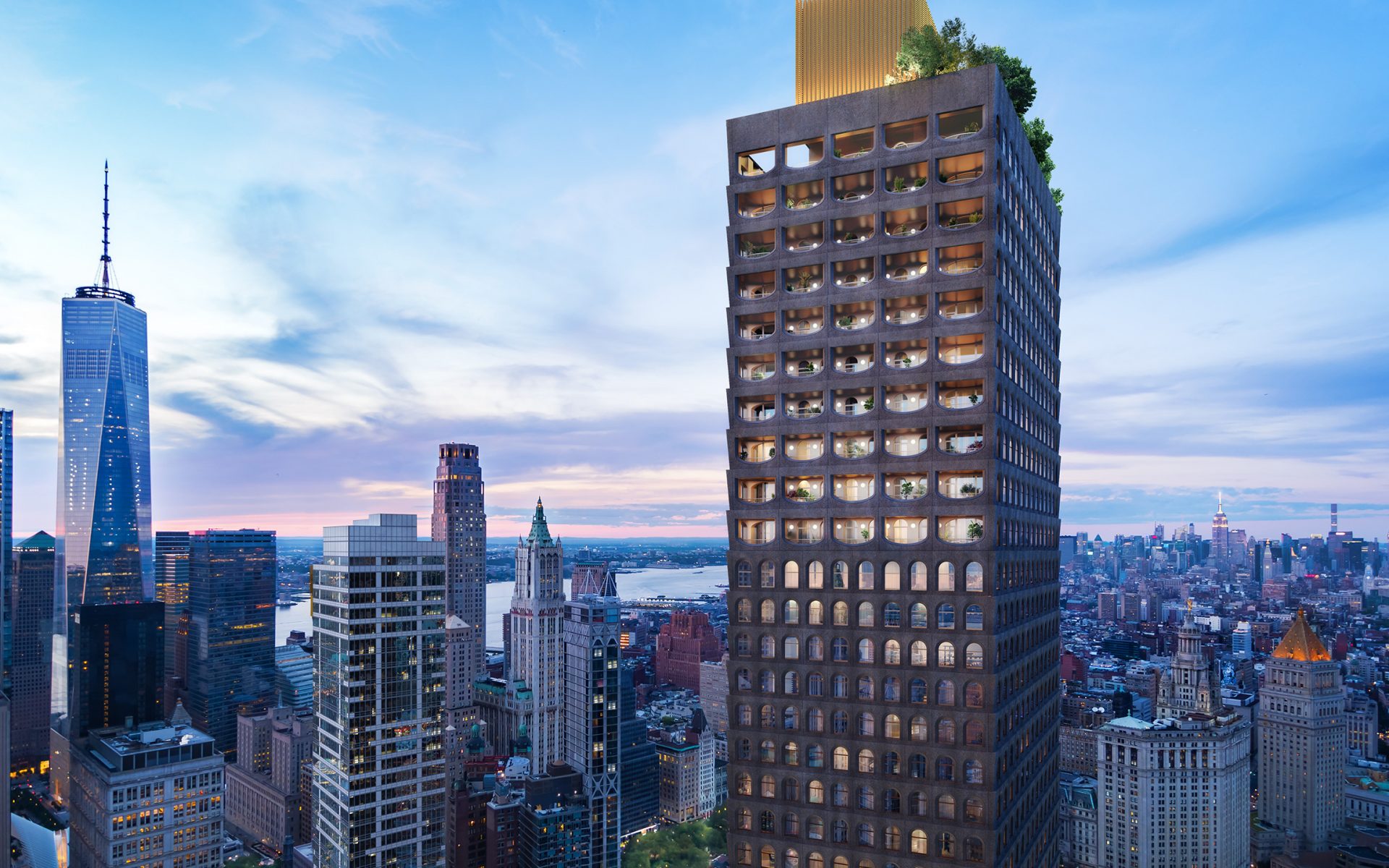 130 William will rise some 800 feet above Lower Manhattan.
Photo: 130 William Private terraces attached to the upper residences at 130 William start some 600 feet above the ground. Photo: 130 William

After breaking ground last year, 130 William—architect Sir David Adjaye’s first New York skyscraper—has finally launched sales, with a handful of the building’s 244 residences now available for purchase. Prices range from $780,990 for a studio to $6.96 million for a three-bedroom, which comes equipped with its own 863-square-foot loggia, soaring some 600 feet above the city.

The Tanzania-born architect, who completed a striking Harlem apartment building in 2014, is known worldwide for masterminding marvels like the National Museum of African American History and Culture in Washington, D.C., and the Nobel Peace Center in Oslo, Norway.

One of Time magazine’s 100 Most Influential People in 2017, Adjaye has built homes for A-list celebrities (think Alexander McQueen) and unveiled a design for the National Cathedral of Ghana in March. He also conceived a new home for the Studio Museum in Harlem, which is currently under construction. With such a stellar résumé, it’s safe to say that the architect’s first contribution to New York’s skyline (at 66 stories, it’s his tallest building to date) has been hotly anticipated. The proof is in the numbers: The sales team has received over 3,000 inquiries from starry-eyed hopefuls in the handful of days that have passed since sales launched. As if a light-flooded home in the heavens isn’t enough, residents of 130 William will have access to a plethora of amenities, among them a rooftop observatory deck, a spa, thermal and cold plunge pools, a health club, a golf simulator, and even a private IMAX theater.

The grand opening is slated for 2020, and 30 contracts are already spoken for. At least in that respect, 130 William is well ahead of schedule.

Cover: 130 William will rise some 800 feet above Lower Manhattan.
Photo: 130 William
Next Post