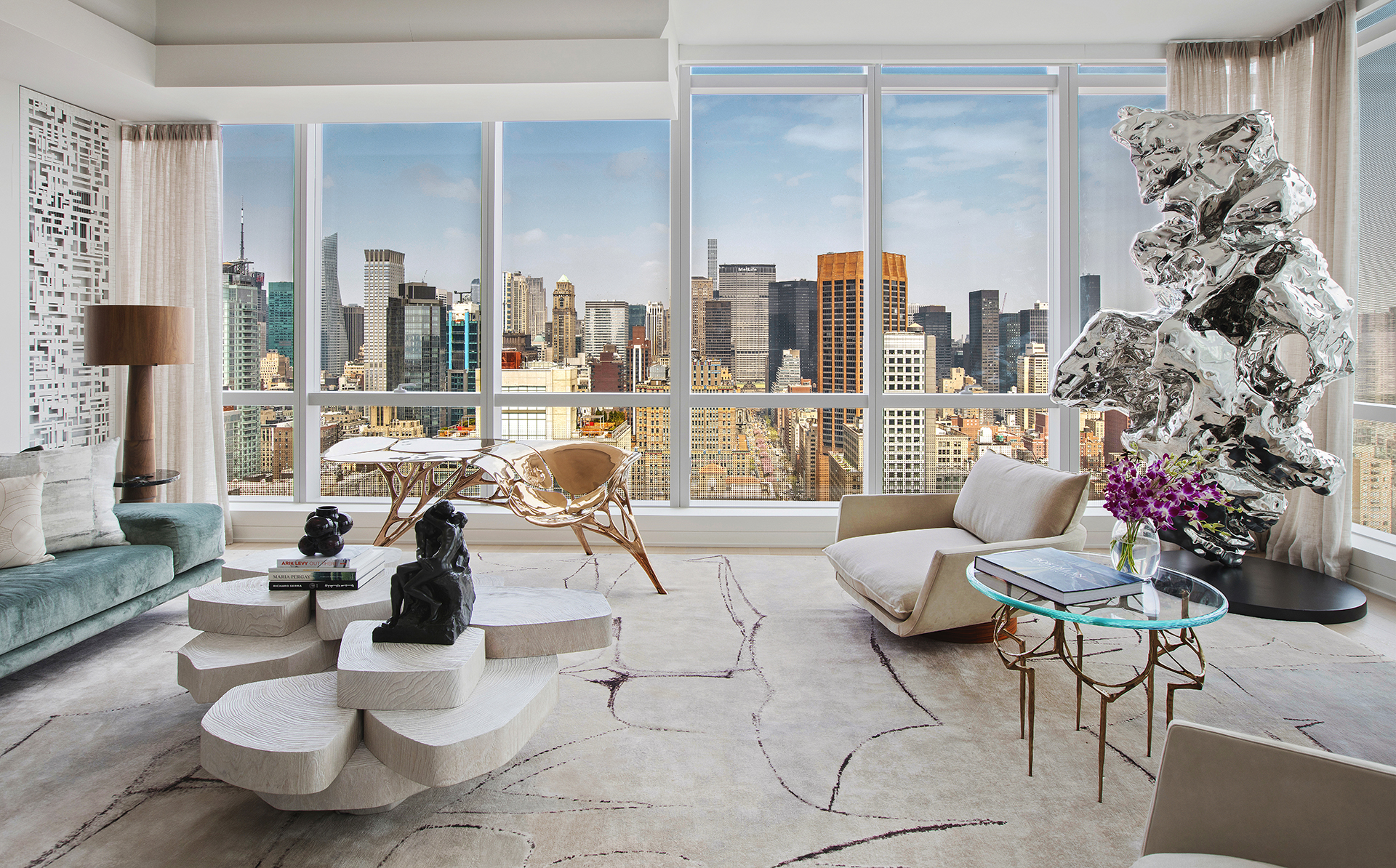 In their debut monograph with Rizzoli, Brad Davis and Janis Provisor share the process of creating their ultra-chic floor coverings 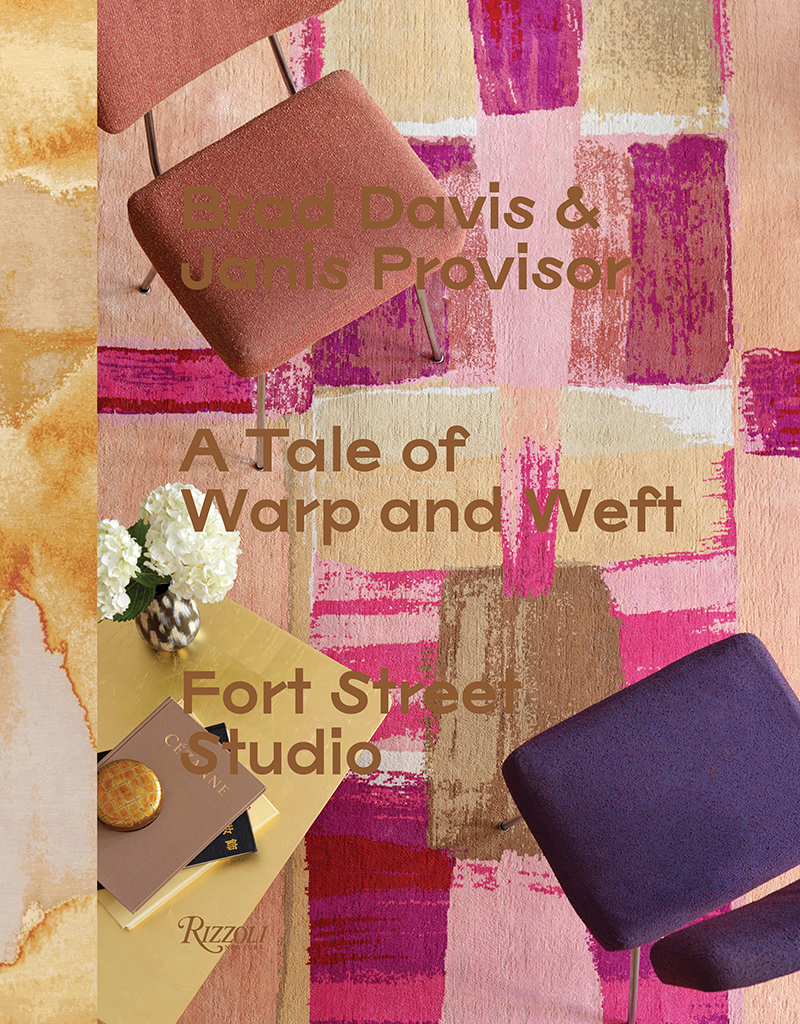 Brad Davis and Janis Provisor have works in some of the most esteemed museums in the world, including the Whitney Museum of American Art, Brooklyn Museum of Art, and the Albright-Knox Art Museum. But many collectors find the couple’s finest designs to be best underfoot. As the founders and creators of luxury rug purveyor Fort Street Studio, Davis and Provisor translate contemporary artworks into painterly rugs.

Launched in the mid-1990s, Fort Street Studio helped redefine the rug industry by introducing more free-flowing forms, at the time a dramatic departure from the traditional patterns and shapes. Today, their unique creations can be found in remarkable interiors conceived by such designers as Francis Sultana, Christian Lyon, and Jacques Grange as well as in a comprehensive new monograph The Tale of Warp and Weft (Rizzoli). “The book is really about how we made this groundbreaking leap into this new watercolor style and now it’s become almost the industry standard,” Davis tells Galerie. 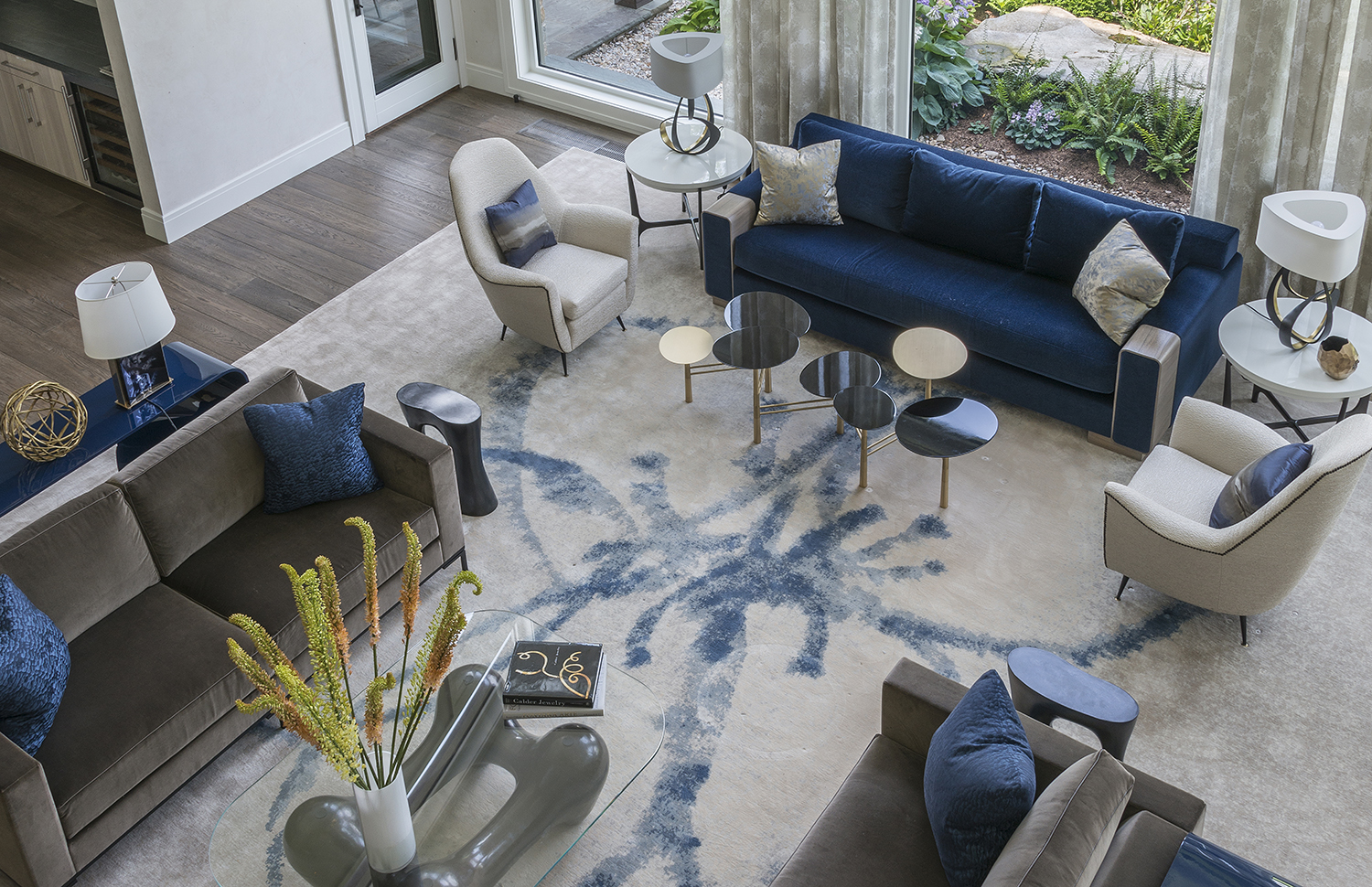 The couple, both painters, met through Holly Solomon Gallery, but their fine art careers took an unexpected turn in 1989 when Provisor was sent to China by publisher Crown Point Press to make woodblock prints. Five years later, they returned to Asia with their young son in tow, setting up in an apartment in Hangzhou, China, an area at that time regarded as the center of the silk industry. “Brad came home one day and said, ‘Would you like to make a carpet?” laughs Provisor. 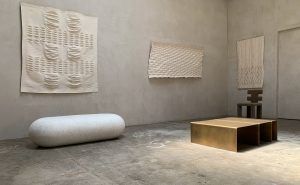 Inspired by the shading in a Chinese art deco rug from the Twenties the couple already owned, Davis wanted to craft a more artful floor covering for their New York home. After meeting with a local rug maker, he and Provisor spent ten days creating more than 40 patterns which they displayed for the local expert in their tiny studio apartment. “What we were trying to do—to make a painterly carpet—was almost impossible but we stuck to it,” Provisor tells Galerie. Adds Davis, “It’s a fascinating process but difficult because there were no guidelines of how to do it.” 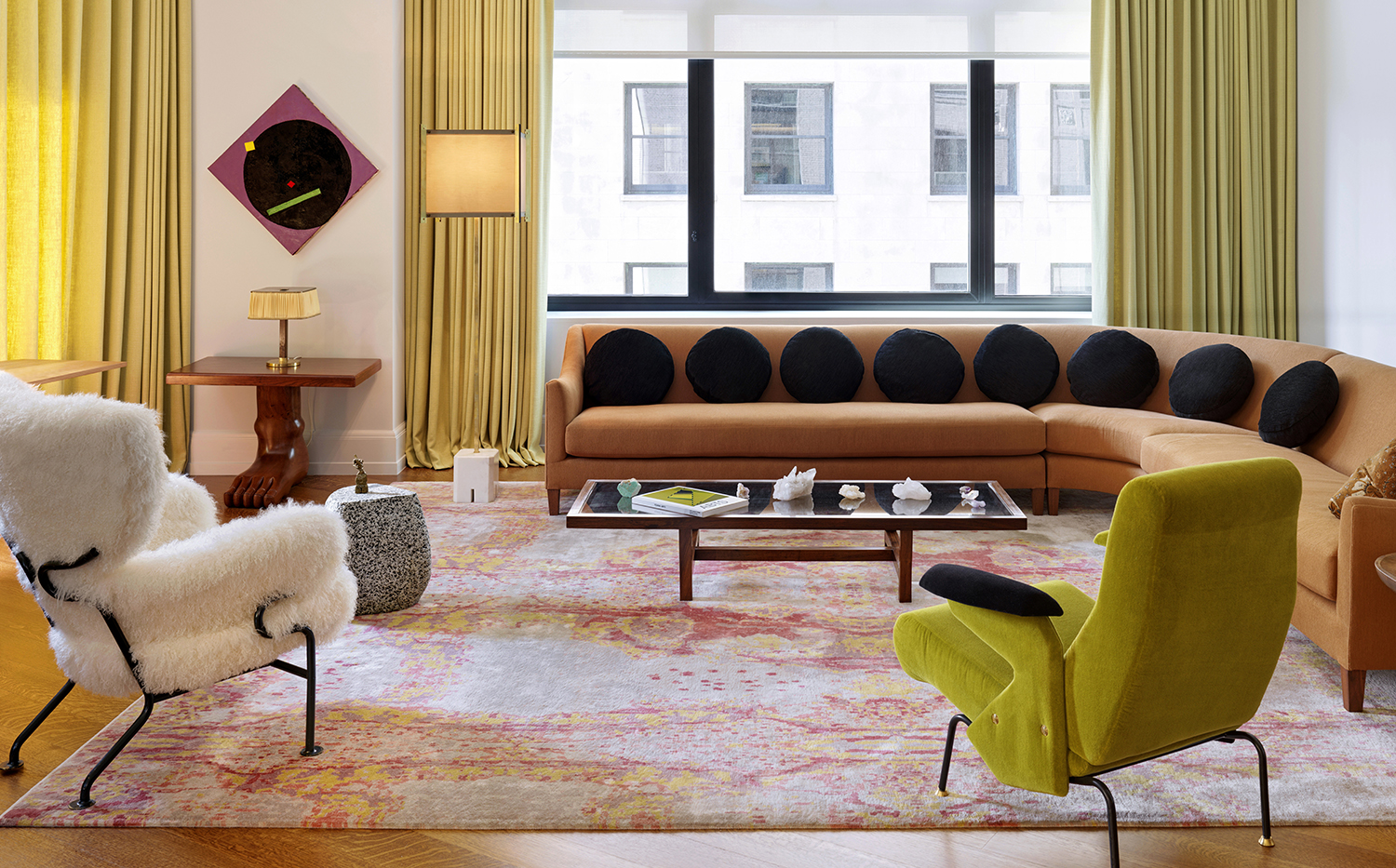 At first deemed too challenging, many of the weavers quit rather than attempt the couple’s patterns. But by breaking their paintings down into individual pixels on an old Xerox machine, they were able to create a template for a bathmat size hand-knotted rug, which they took with them when they relocated to Hong Kong the following year. The company continued to grow in small steps from their new apartment on Fort Street. “In those days, there was a big divide between art and craft,” says Davis, who initially hid the couple’s identity behind the brand. “A lot of it was serendipitous, but we persisted and figured something out that nobody really had the impetus to do before.” 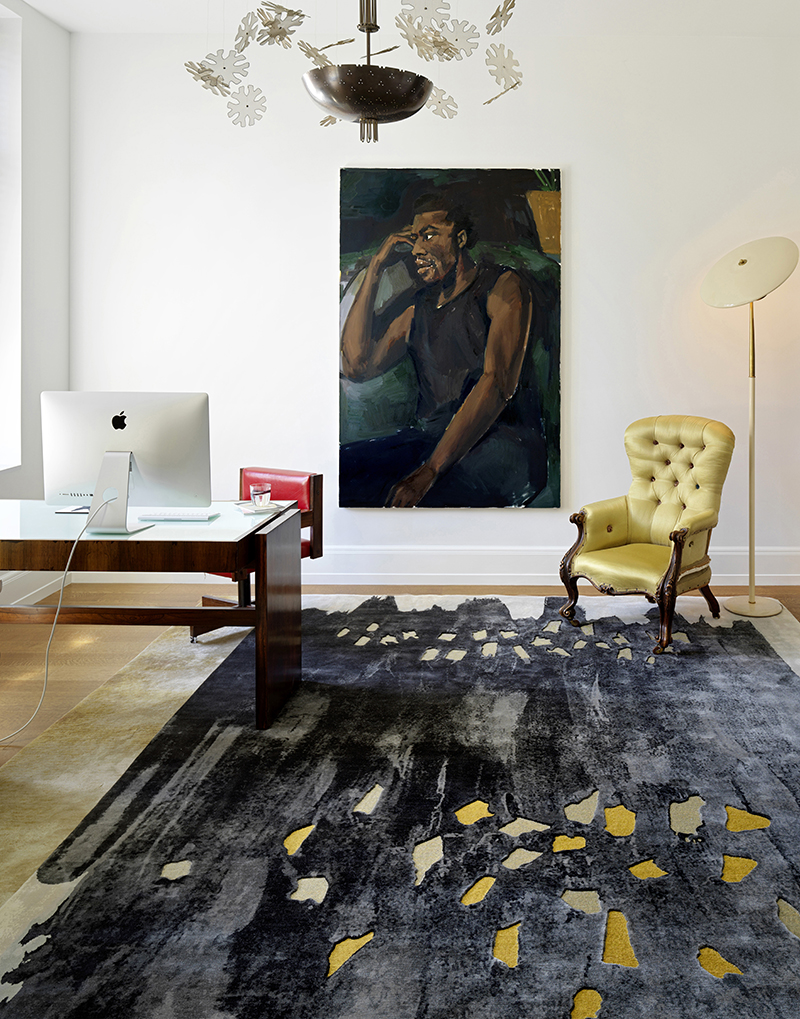 “It was an exciting time for us,” remembers Provisor of Fort Street Studio’s beginnings. “One of the first validations we had was we showed with David Gill very early. We always had the attitude, let’s try something new, let’s not be constrained, and that’s been a part of our [modus operandi] of not to be big wholesale company, but work with architects and designers and then dig deep with what we were doing.”

While the industry has shifted and weaving has become a dying art in China, Fort Street Studio has persevered with their last rugs from the Hangzhou province coming off the looms this summer. “We anticipated all this and we knew we were changing and growing and we knew we wanted to do different things as well,” states Provisor, who spent eight weeks traveling through Nepal and India with Davis to find the highly skilled small facilities where Fort Street Studio rugs are currently being produced. 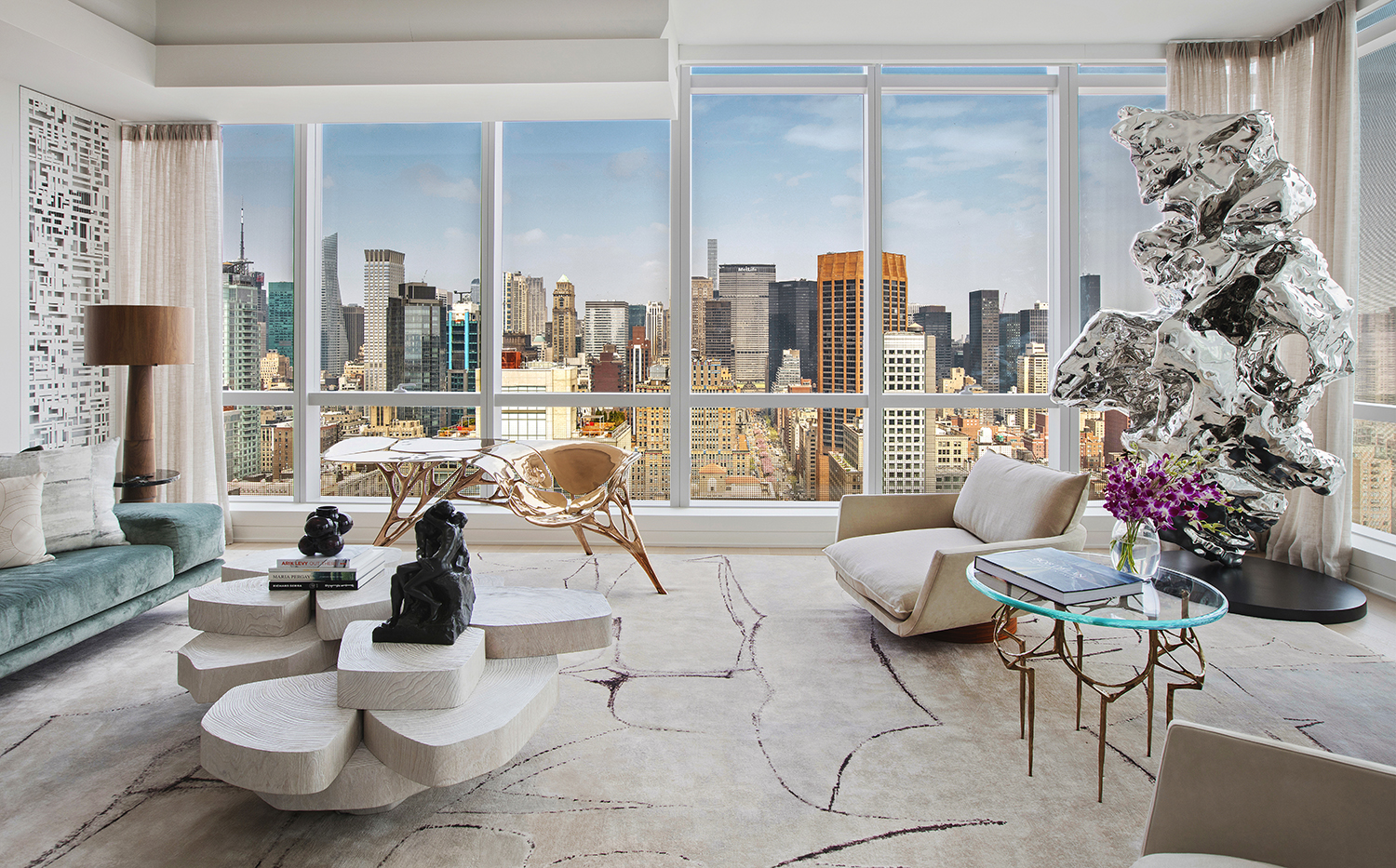 More than two decades after launching Fort Street Studio, Davis and Provisor still do all the initial watercolors and patterns for the brand which is once again pioneering a new technique, creating remarkable flat-weave silks in Thailand. And the book, two years in the making, gave the founders the opportunity to look back on different designs, various installations, and the stories they wanted to tell.

“It’s been pretty spectacular for us—I never would have anticipated it in my wildest dreams,” says Provisor, who is also painting again alongside Davis in their new Industry City studio. “Most people don’t start a business like this at 50, our age when we did it. You have a passion and you go for it. It’s been a wild ride but a great adventure.” 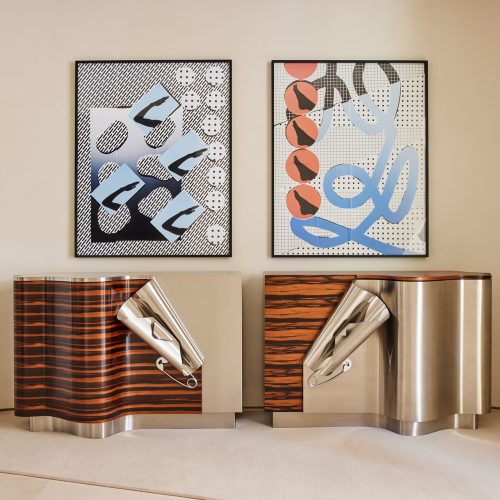 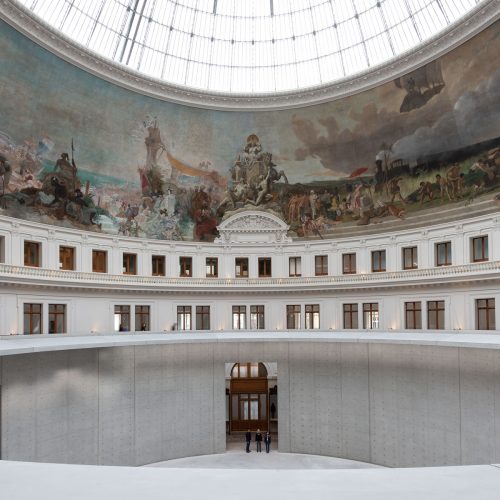 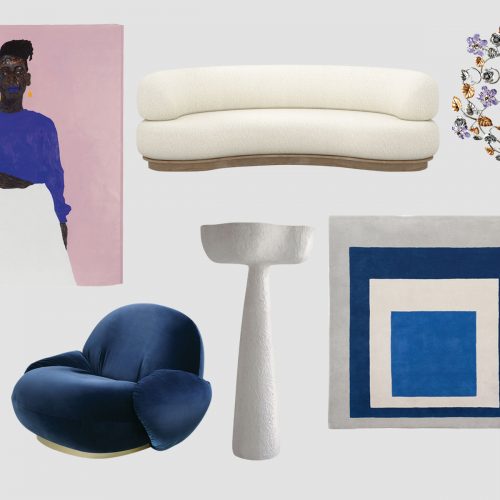 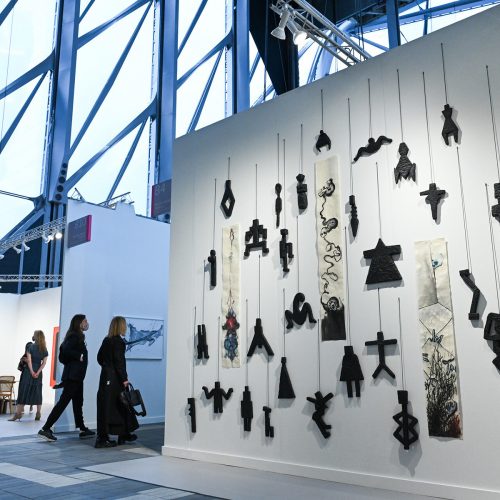