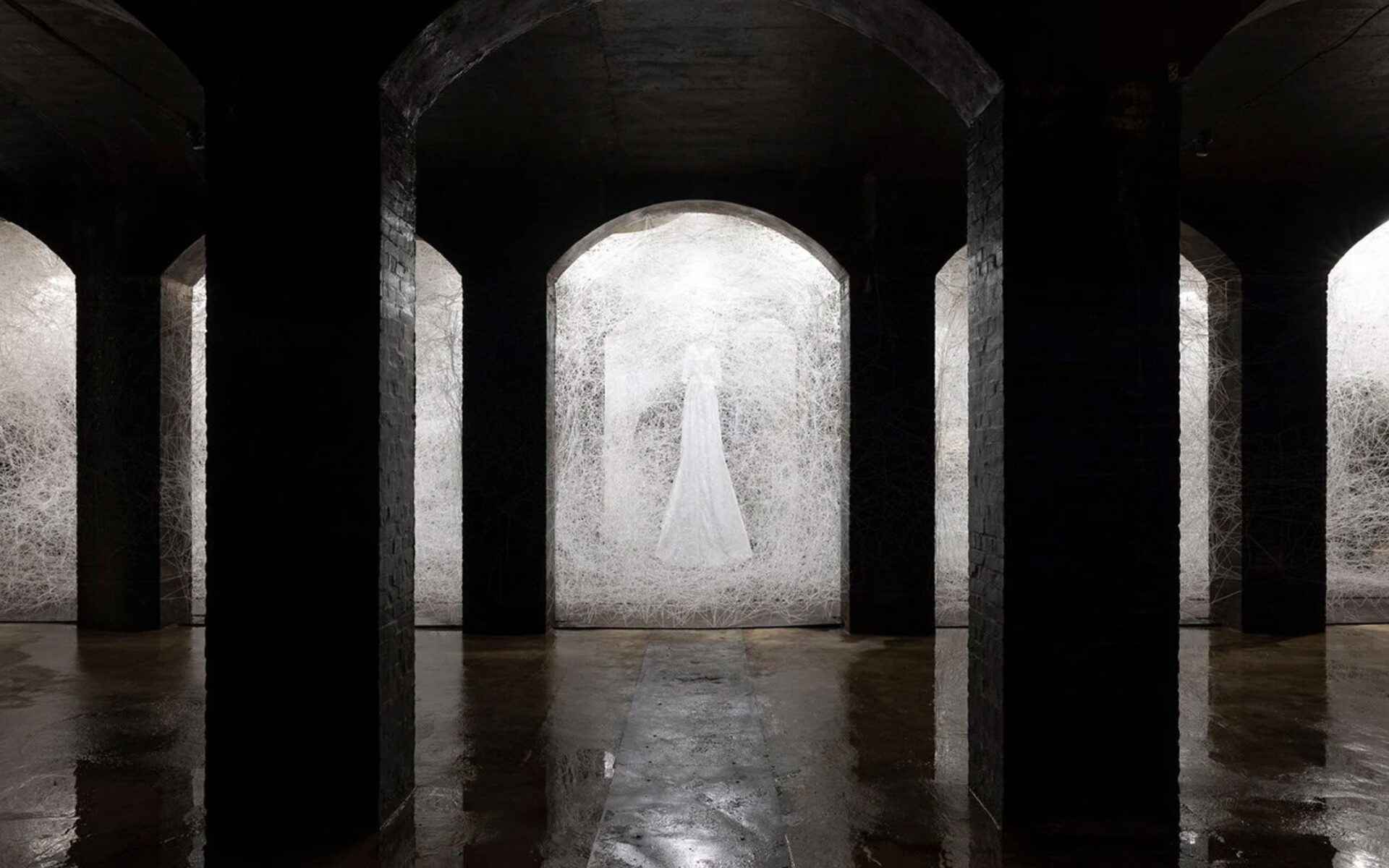 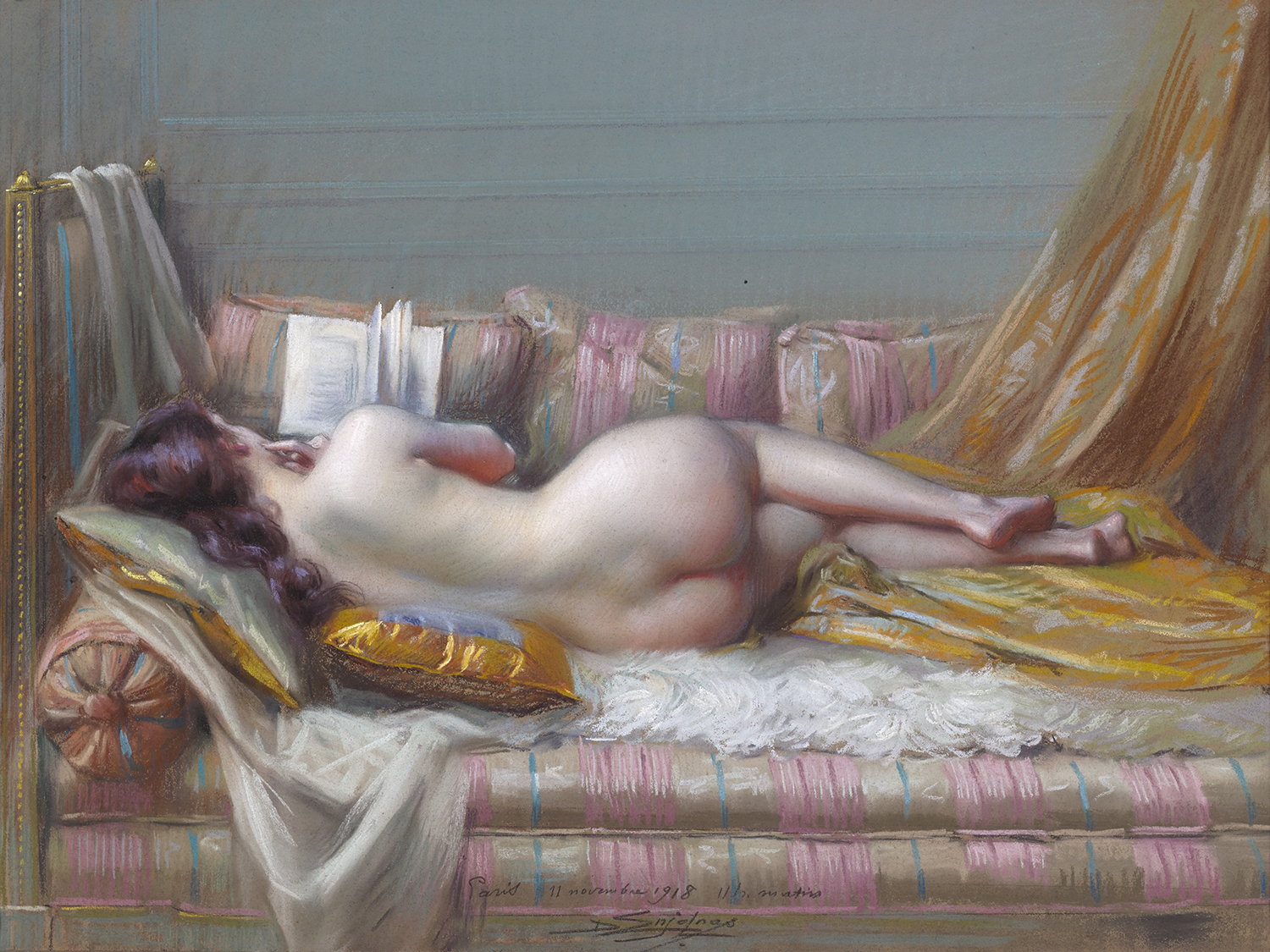 A beloved French Quarter landmark for over a century, New Orleans antiques gallery M.S. Rau is also known for the striking artworks on offer, including pieces by Claude Monet, John Singer Sargent, and René Lalique. Now, the family-owned institution is debuting a new exhibition in its gallery at 622 Royal Street devoted to the nude as an art form and how it has changed over the past 400 years. Dubbed “Au Naturel: The Art of the Female Form,” the show is free to the public and runs from March 26 to May 28, 2022. It features artworks plucked from M.S. Rau’s extensive collection, among them pieces by Jan Brueghel the Younger, Pierre-Auguste Renoir, Frederick Carl Frieseke, and René Magritte. “Representing the human body has been one of the major themes throughout art history since prehistoric times,” said Bill Rau, the gallery’s third-generation owner. “The body is a fantastic source of inspiration for an artist because it is simultaneously the embodiment of beauty, desire, reverie, and the forbidden. It is often nude paintings that cause scandal in art, and when artists create imagery of the human body, it can be very personal and sometimes even against the artistic rules of their time.”—Geoffrey Montes 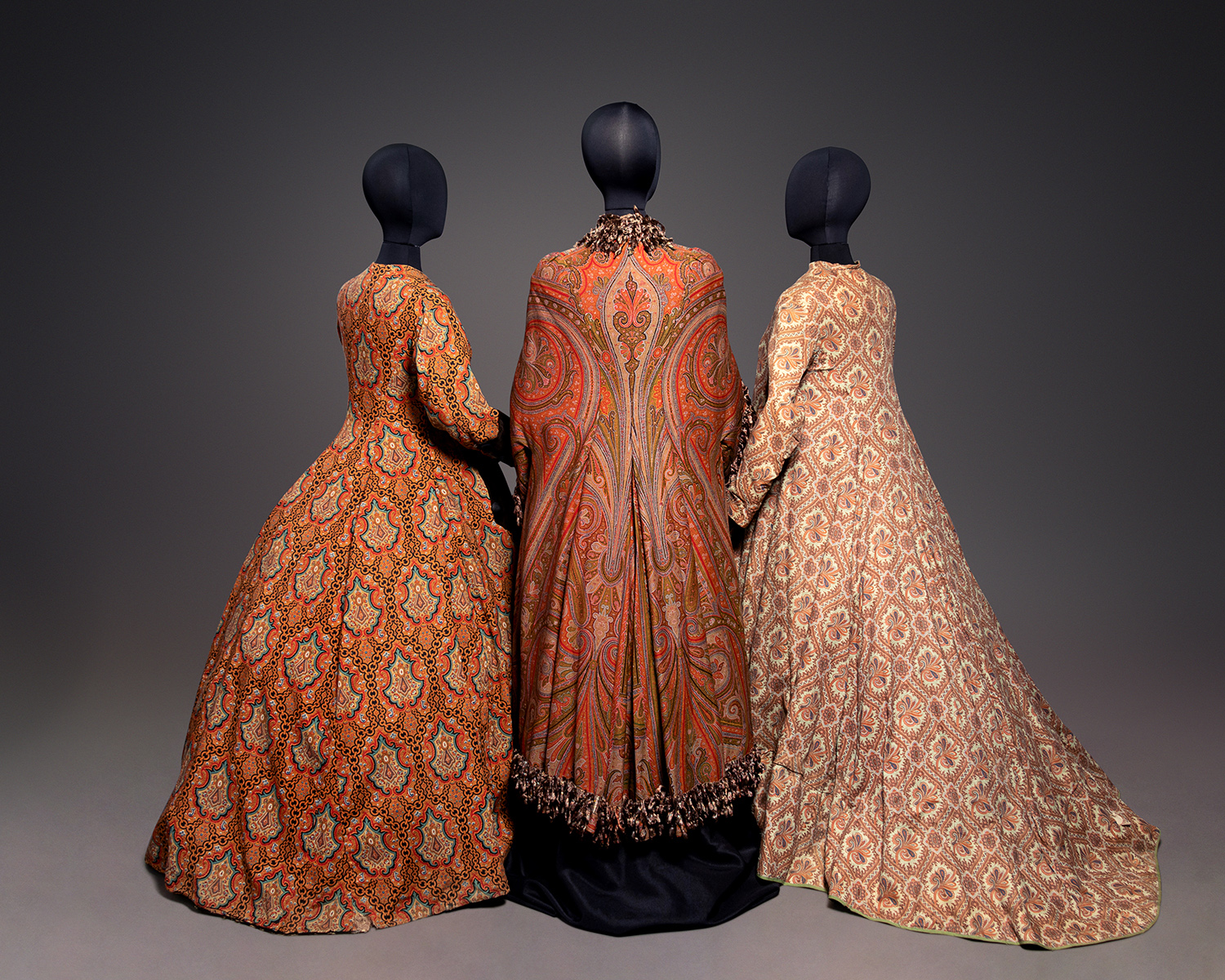 An 1860s paisley coat, 1880s shawl mantle, and 1860s-70s wool wrapper from the Collection of Susan Gutfreund that will be included in a May 16 auction at Hindman. Photo: Courtesy of Hindman

After myriad pieces from Susan and John Gutfreund’s celebrated New York apartment, which included the iconic Winter Garden room, came to auction in a multilayered January 2021 sale at Christie’s, the doyenne of Manhattan society’s fashion collection is now set to cross the block. Taking place at Hindman—which also sold Washington D.C. philanthropist Michelle Smith’s cache of couture—the sale on March 16 will feature pieces by Givenchy, Dior, Chanel, Alaïa, Oscar de la Renta, Halston, and other covetable labels. The online event, titled “Spring Fashion: Centuries of Style,” represents various eras, from 21st-century attire by Alexander McQueen to retro-chic minaudières from Judith Leiber to a selection of 18th-century paisley-print costumes, accentuated with regal velvet adornments. “Being a great tastemaker is a completely different conversation than being a great consumer,” said designer Jeffrey Bilhuber of Susan Gutfreund at the time of the Christie’s sale. “Tastemakers create worlds that are reflections of who they are and Susan’s world is a true reflection of her intelligence, her enlightenment, her enthusiasm.” Clearly her closet, too, was a reflection of exceptional taste. —Jill Sieracki 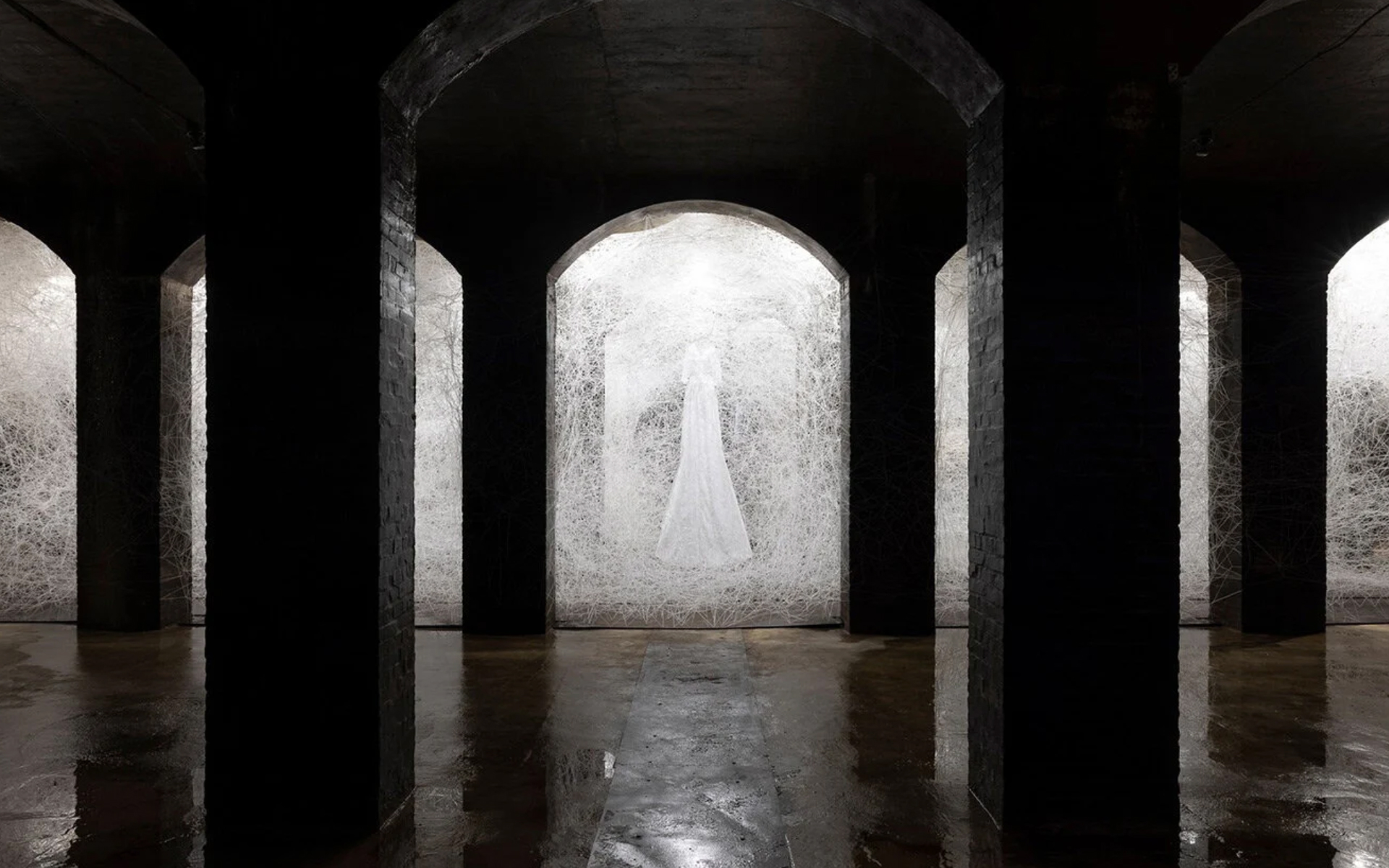 No stranger to causing an instant sensation with her immersive, evocative artworks, celebrated Japanese artist Chiharu Shiota has now taken her signature webs of threads to a former water reservoir in Copenhagen. Cisternerne, which is part of the Frederiksberg museums, is a subterranean art space that hosts an international artist or architect each year to stage a new exhibition. Throughout the concrete and brick columns, visitors are invited to wander and get lost in the semi-darkness and experience the immersive installation of the Berlin-based artist. Titled Multiple Realities, the work attempts to erase both time and gravity as viewers are led through winding footbridges and mirror constructions that distort the surroundings further, creating a powerful sense of spatial displacement. While the public is a crucial part of the work, there are also seven floating nylon dresses in red and white, hinting at the possible existence of a mysteriously absent viewer. —Lucy Rees 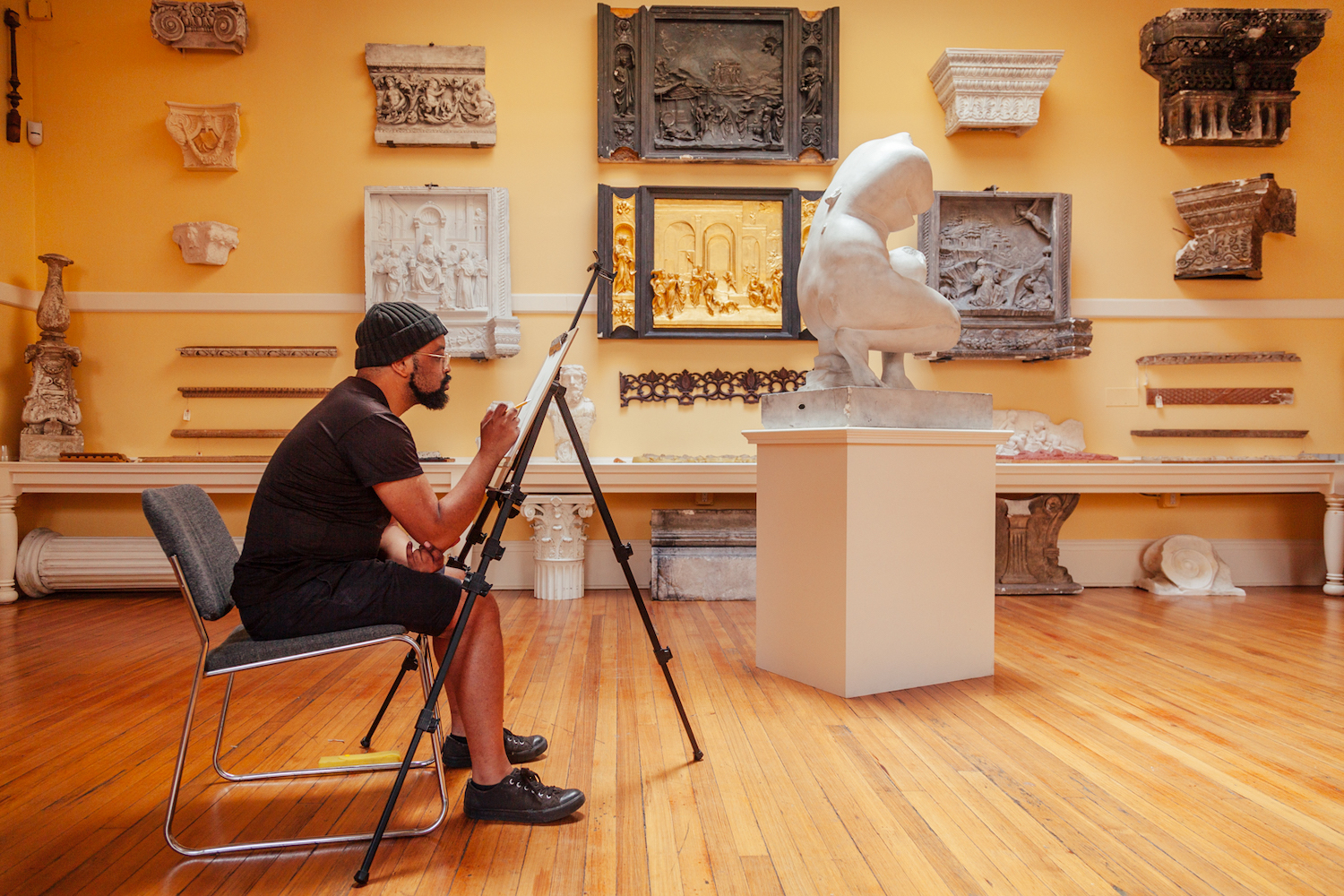 On the top floor of the Institute of Classical Architecture & Art, Plaster Cast Hall holds some of the world’s most exquisite art pieces. Next month, Philadelphia artist Darryl Babatunde Smith‘s work will join Cast Hall’s exquisite art collection in a very special exhibition through the month of April. Smith was invited to work within Plaster Cast Hall to showcase his impressive metalpoint work, a permanent medium which uses a fine stylus tool of gold, silver, or bronze to create and layer extremely thin lines on paper. Not only an artist, Smith also has extensive knowledge of languages, particularly Latin and Greek, which he incorporates into his creations. Inspired by history and antiquity, he often uses Greco-Roman symbols and Renaissance techniques to blend personal experiences with ideologies and philosophies of this rich culture. This exhibition not only allows visitors to discover a hidden gem within New York City, but also enjoy a visual history lesson through the combination of Cast Hall’s collection and Smith’s intricate works —Shelby Black

The first American museum exhibition devoted to the photography and film of Hungarian artist László Moholy-Nagy comes to Fotografiska New York this Friday. A pillar of photo history, Moholy-Nagy originated the camera-less image process known as the photogram as well as photoplastic collages, one of the earliest forms of photo montage. A selection of 68 film-based graphic works as well as stagings of the artist’s experimental lighting setups will be exhibited at the museum before traveling internationally. Named “Light Play,” the show will be on view through June 5, 2022. —Stefanie Li 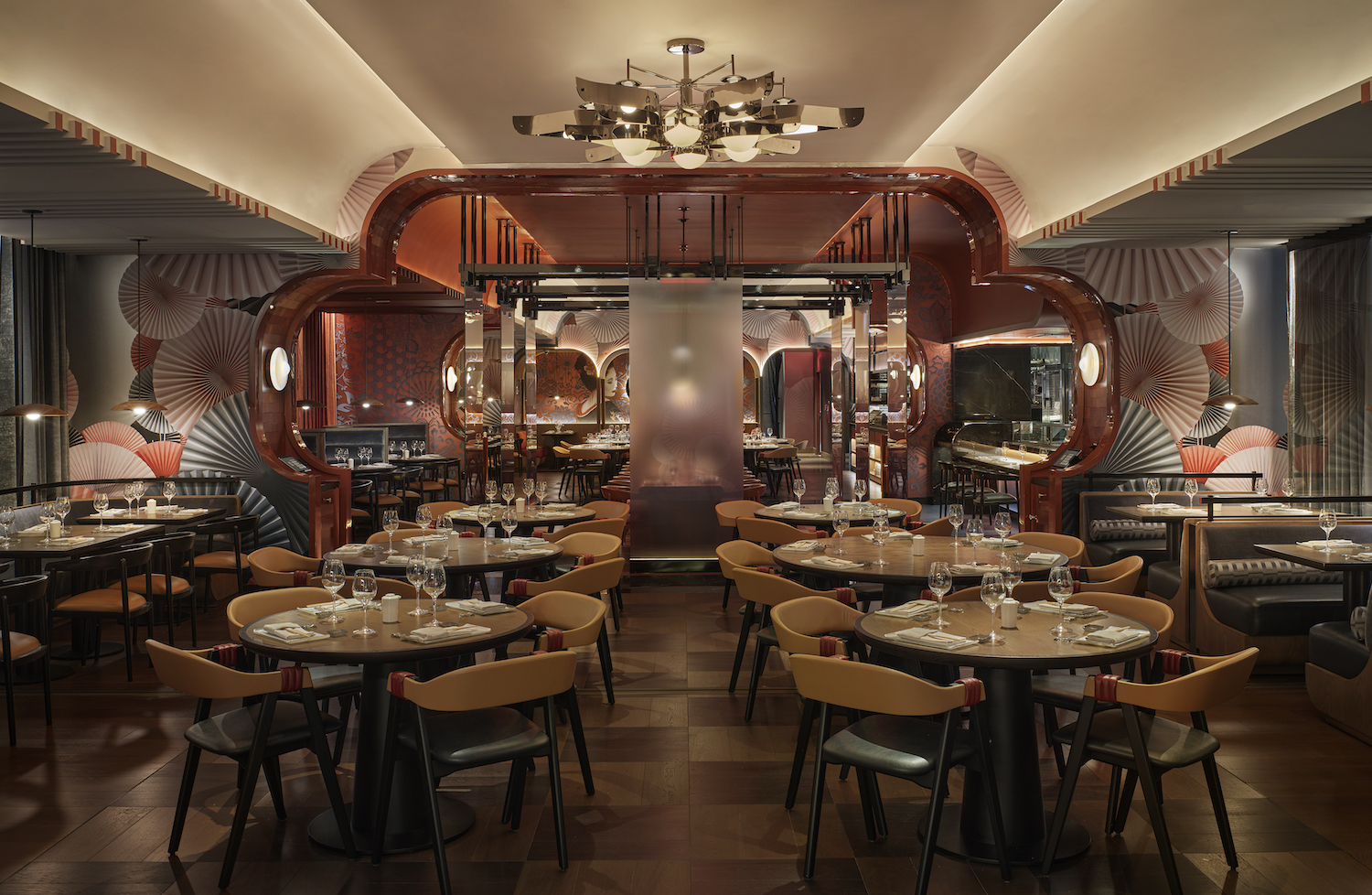 Los Angeles sushi favorite Katsuya has opened in New York’s new culinary destination Citizens New York in the Manhattan West building. Located in far west midtown near Hudson Yards, the restaurant continues to turn this once blighted area into a culinary Mecca, which includes Ci Siamo, Casa Daní, and Zou Zou’s at the Pendry Hotel. Although the first Katsuya opened in California in 2006 and has since launched locations around the world from the Bahamas to Dubai, this marks the first time that New Yorkers can try dishes by Master Sushi Chef Katsuya Uechi. Renowned for his ability to translate traditional Japanese flavors for the American palate, the chef has won wide acclaim and even an unforgettable plot line in an episode of Curb Your Enthusiasm involving the restaurant’s signature enthusiastic welcome of “IRASSHAIMASE!” Fans of the other locations will be thrilled to see favorites such as spicy tuna crispy rice and pop rock shrimp as well as New York–only menu items, including the layered flavors of the Manhattan maki. For the design, Rockwell Group found inspiration in Japan’s rich traditions of artisanal craft. References to kabuki theatre, pagoda rooflines, and a deep red palette inspired by urushi lacquer animate the 7,000-square-foot space, which becomes more intimate as you move deeper into the venue. From the communal sushi bar when you enter to the tucked away private booths in the back, the restaurant buzzes with a sense of theatricality, and here everyone feels especially welcome with or without their trademark shout out. —Jacqueline Terrebonne