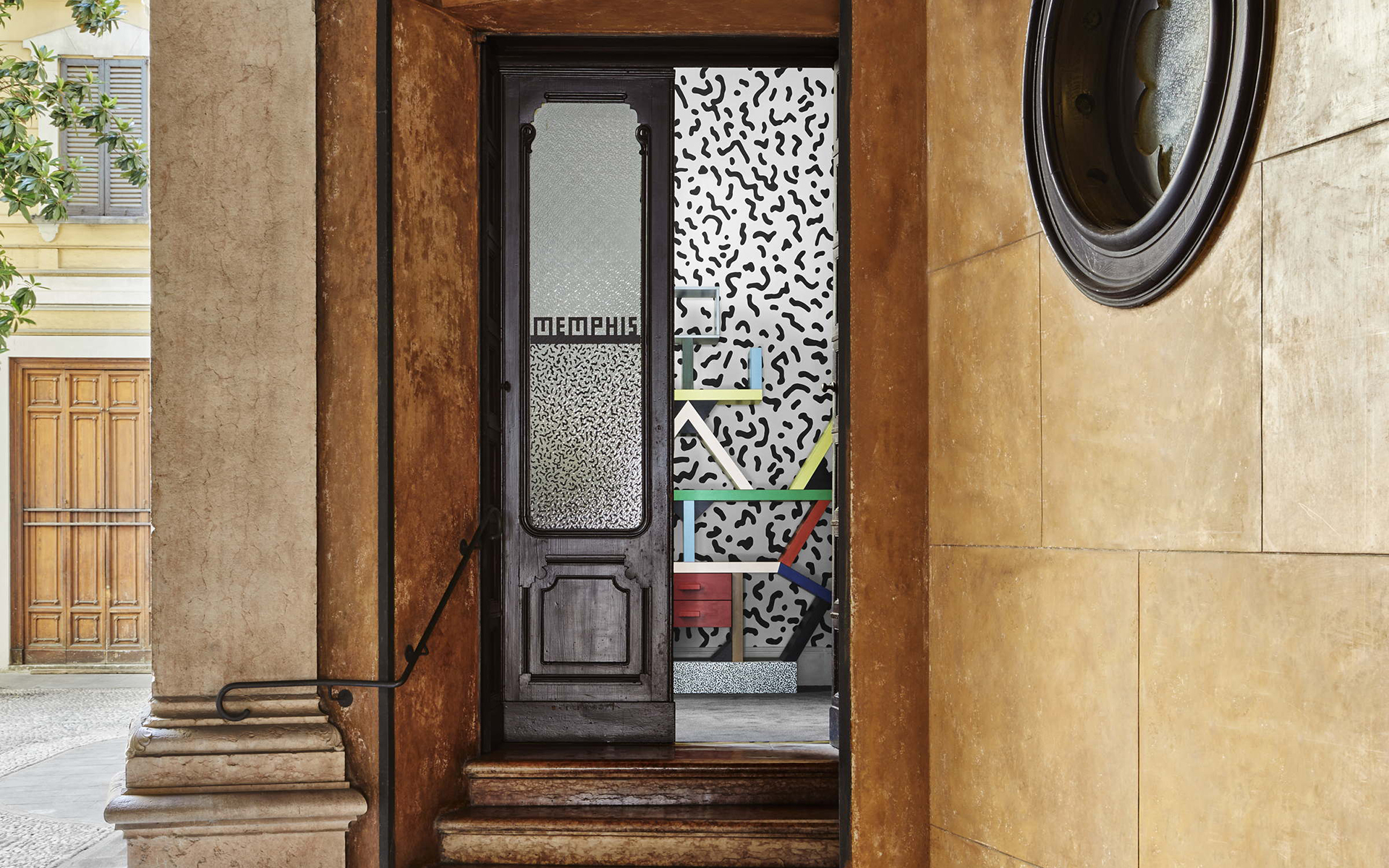 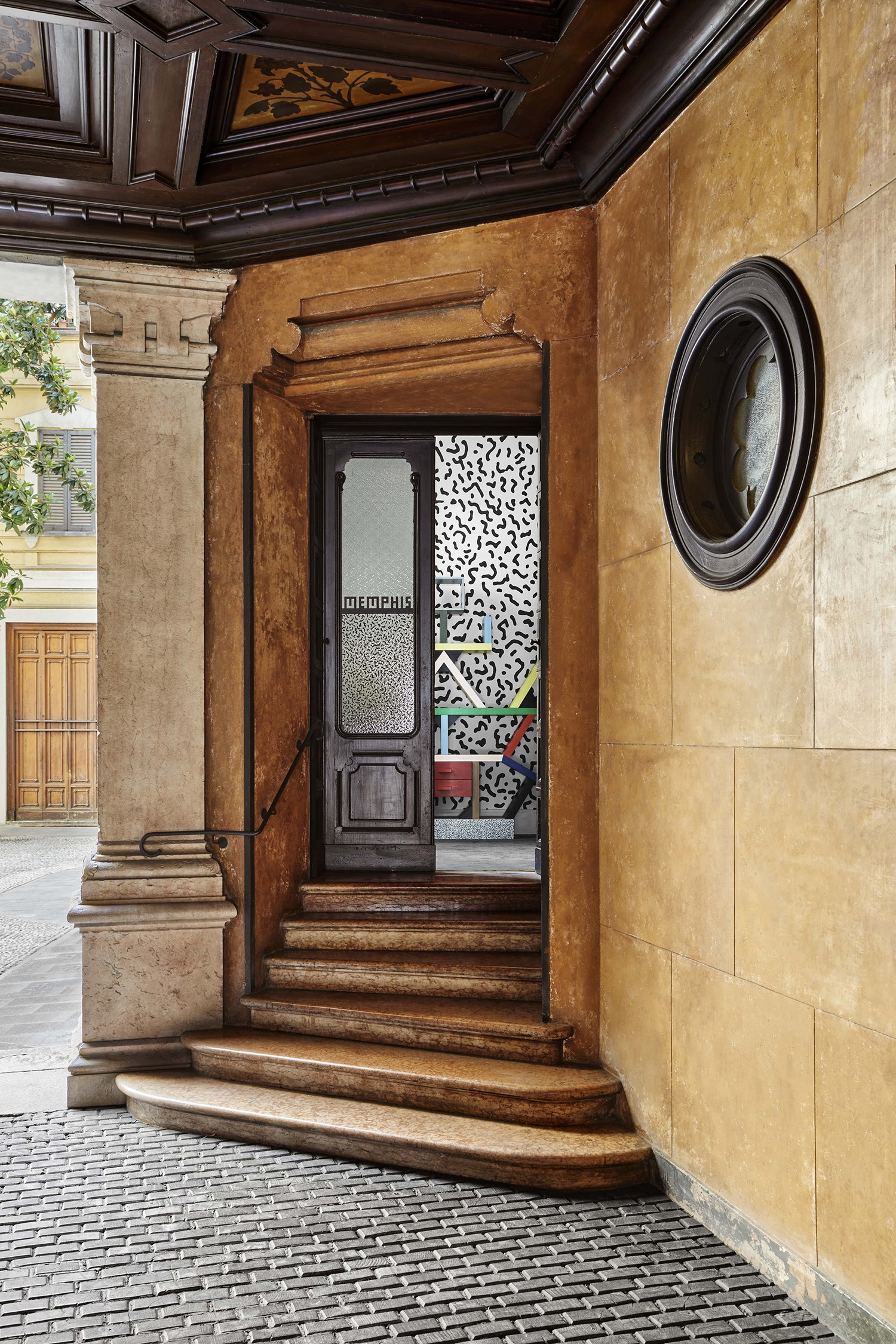 The Post Design Gallery in Milan has been transformed into Memphis Milano Galleria, a revamped exhibition space in the heart of the Brera, the city’s de facto design district. Birthed in the early 1980s by Italian architect Ettore Sottsass, the Memphis design movement included a group of internationally renowned designers who created ingenious furnishings, lightings, and objects inspired by Art Deco and Pop Art styles. The updated gallery is now sheathed in the design collective’s high-contrast graphic patterns and is populated by a collection of original pieces made between ’81 and ’87, among them Sottsass’s iconic Carlton bookshelf, which welcomes visitors to the refreshed space. The gallery is open to the public from Tuesday through Saturday (10am to 1pm and from 2:30pm to 7 pm).  —Geoffrey Montes 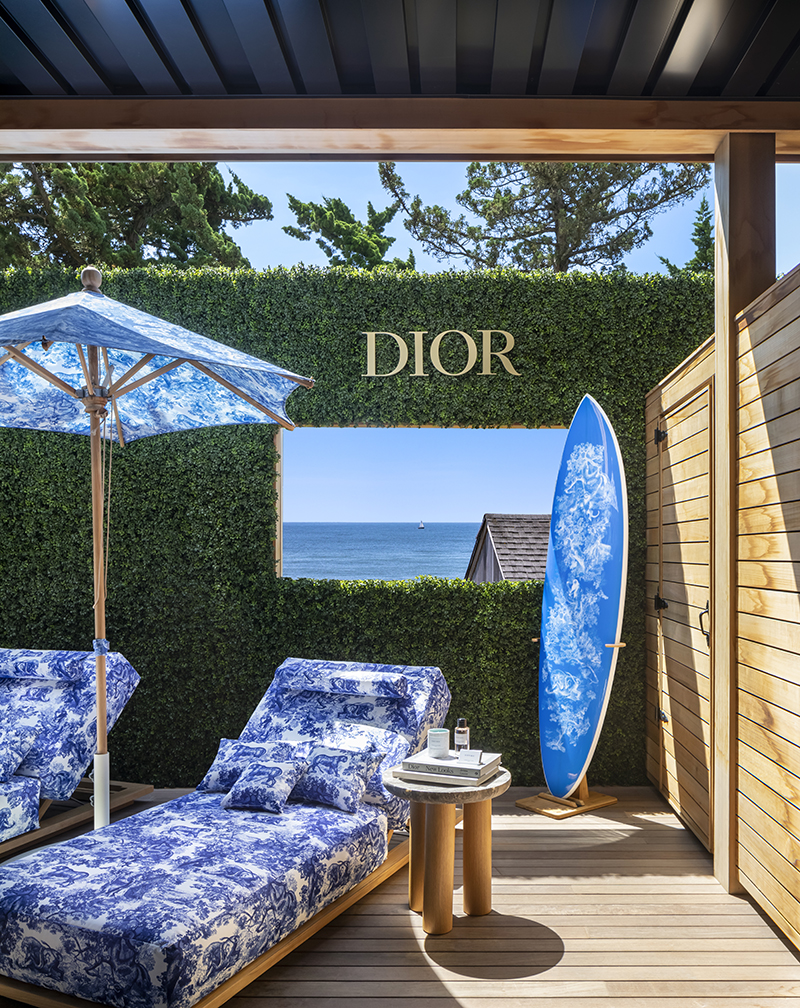 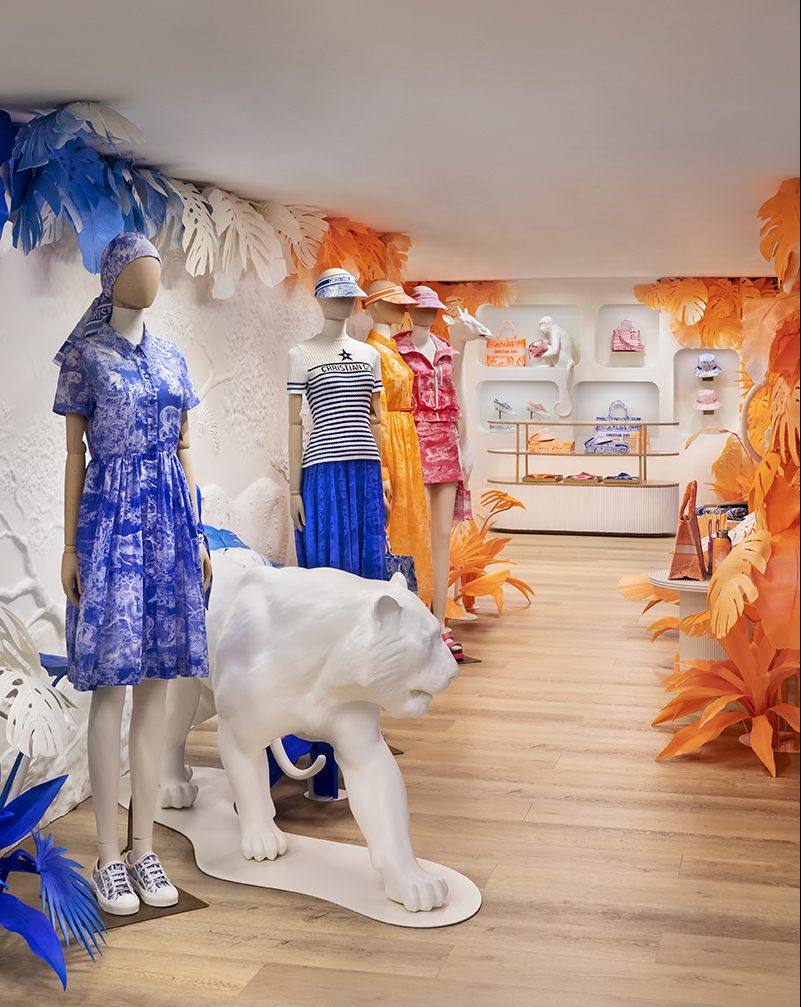 2. Dior Brings the French Riviera to Montauk This Summer

Dior is bringing a touch of the French Riviera to the Hamptons this summer with it first beauty and couture pop-up in the United States. Conceptualized by artistic director Maria Grazia Chiuri, the takeover takes place at the famed Gurney’s Resort in Montauk, on the easternmost point of Long Island. There, guests will find a boutique brimming with new designs from the house’s latest Dioriviera capsule collection. Playing with the brand’s signature codes like toile de Jouy and bayadère stripes, the ready-to-wear, leather goods, and shoes are illuminated with vibrant hues of blue, orange, and pink. On the outer terrace with sweeping views of the ocean, Dior has created a dreamy Mediterranean mood with plenty of toile de Jouy and a lounge area decked in Dior umbrellas and furnishings. End the weekend with a visit to the Seawater Spa, which has been transformed into a chic, blue-and-white haven and opt for a facial with Dior Beauty’s La Collection Privée Christian Dior and Dior Prestige premier skincare lines. This dreamy invitation to escape with be open through September 5. —Lucy Rees

Just in time for La Fète de la Bastille, Thierry Marx opened his newest restaurant, Madame Brasserie, in the Eiffel Tower. Joining the iconic Le Jules Verne, the brasserie is located on the first floor of the magnificent tower with sweeping views of the Seine and Trocadéro. Designed by Ramy Fischler of RF Studio and architect Nicola Delon, the chic space serves breakfast, lunch, and dinner, all crafted by the Michelin-star chef. The seasonal menu features dishes such as a pea and watercress tartlet with goat cheese curd, with all locally sourced produce. Just there for the view? Stop by the lounge for a glass of organic wine on one of Paris’s highest balconies and take in the City of Light. —Stefanie Li 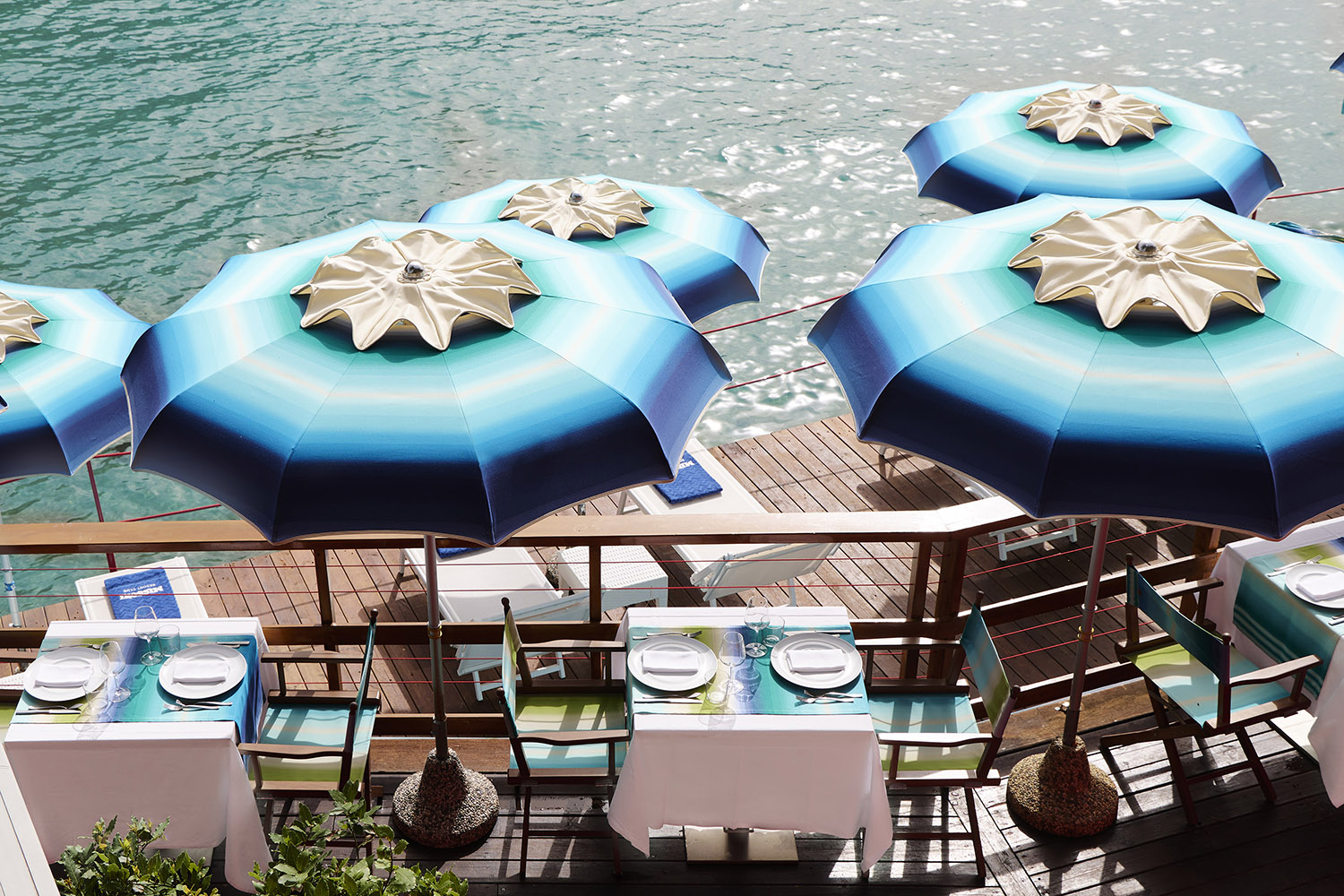 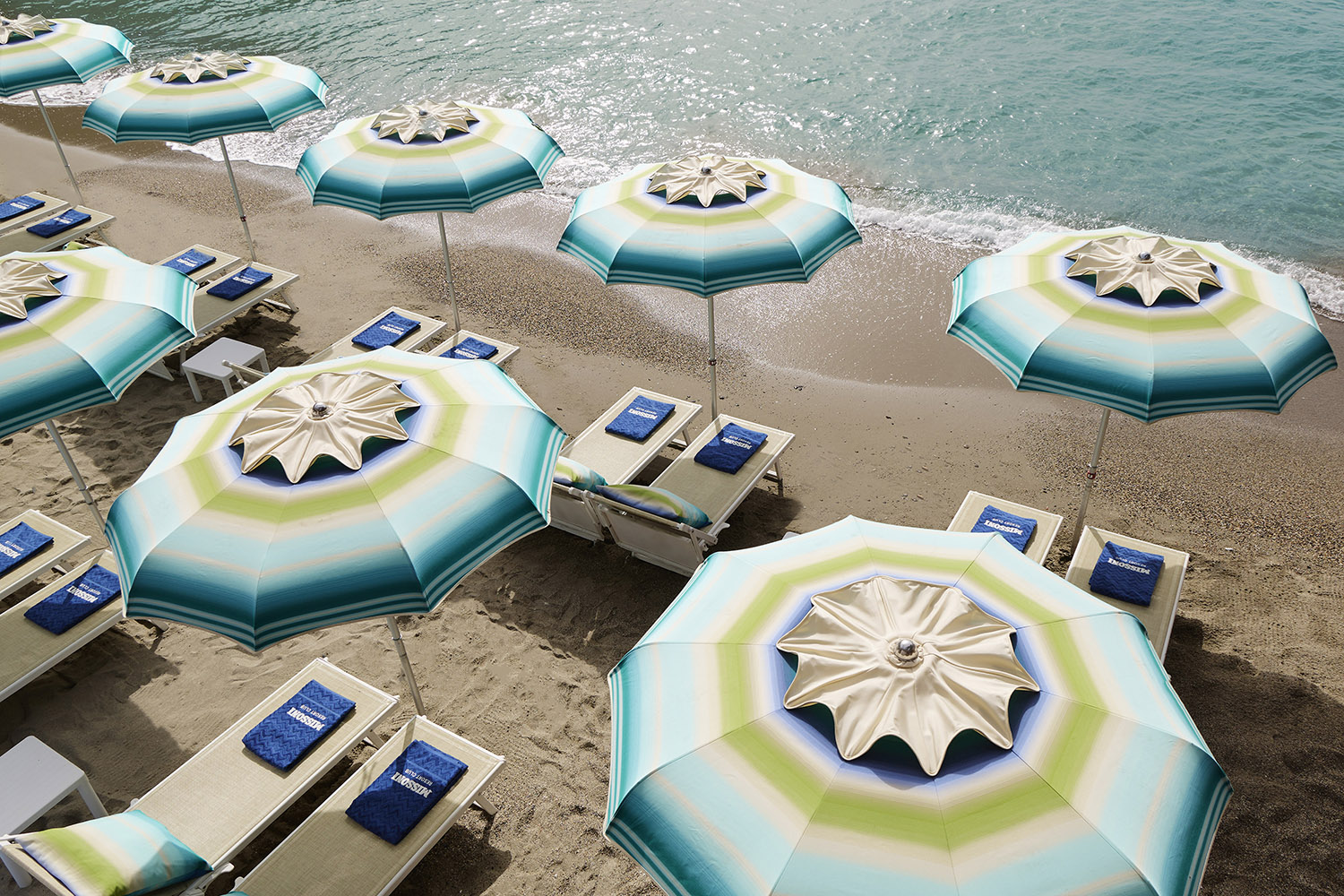 Tucked away on Paraggi Bay in Portofino, a special collaboration between Italian fashion brand Missoni and Le Carillon resort offers visitors a relaxing and stylish escape from reality. For a limited time, the resort will host a personal Missoni pop-up store to go with their redesigned beach club. Overseen by Missoni Home Creative Director Alberto Caliri, the transformation features furnishings, tapestries, and fabrics from the brand both in the interior and exterior of Le Carillon’s restaurant and beach. Featuring shades of greens, blues, and soft whites, the design was inspired by Paraggi Bay’s crystal waters and surrounding greenery. In addition to the pop-up and beach club, Missoni will offer a variety of special events in collaboration with Le Carillon to provide a truly special Italian experience. —Shelby Black 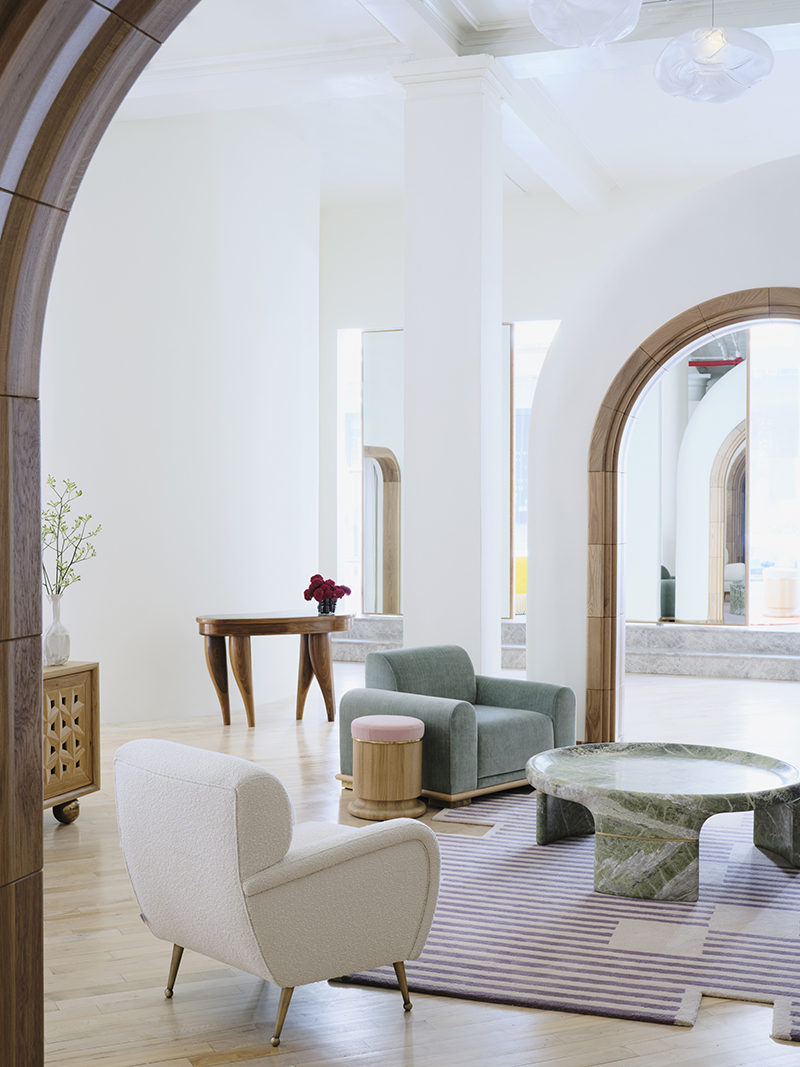 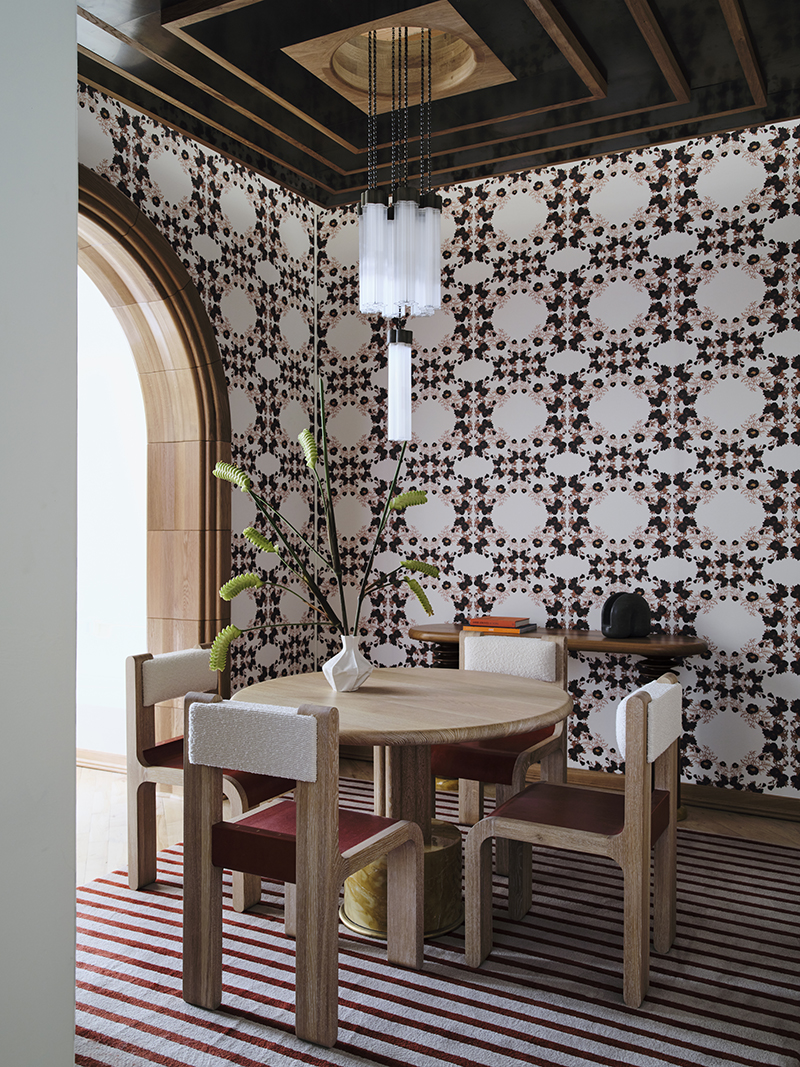 Ever since Ciaran McGuigan took the creative lead at Orior, his parents’ 40-year-old furniture company, the brand has attracted the attention of major tastemakers and expanded in interesting new directions, including the winter launch of a stoneware collection. Now, after three years in New York, Orior has opened a Soho showroom that also showcases the eagerly awaited rug collection from London fashion designer (and Ciaran’s sister) Katie Ann McGuigan. “Her patterns translated so beautifully onto the medium of rugs,” Ciaran previously told Galerie. “This was her first time doing something other than a garment, and it was the first time that Katie, my dad, and I were at a table as equals.” Visitors to the new 4,500-square-foot showroom will find classic Orior pieces like the Bianca chair, Mara credenza, and Easca cocktail table, as well as the Wavy credenza that echoes the architectural details of the space. Also present in the residential-style setting is lighting from Vancouver-based studio Bocci and a fashion shop-in-shop featuring Katie Ann McGuigan’s Spring Summer collection, her first presence stateside. —Jill Sieracki 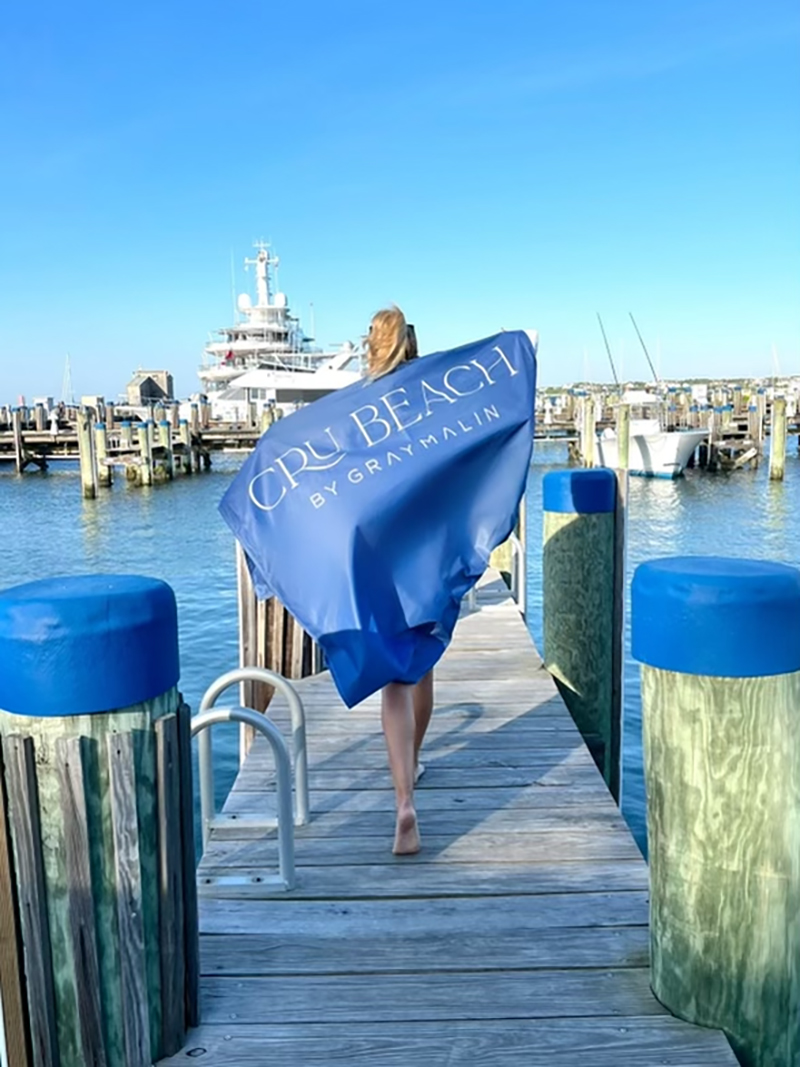 Few places conjure the essence of summer like Nantucket, the preppy island escape off Cape Cod that offers uncrowded beaches, miles of bike trails, and mouthwatering seafood. Opened in 2012, Cru Nantucket is a favorite haunt of fine art photographer Gray Malin, who has teamed up with the waterfront restaurant to present Cru Beach by Gray Malin, an immersive experience that follows his recent Snow Beach activation in Aspen. Here, overlooking Nantucket harbor, the restaurant’s outdoor lounge will be transformed every Sunday afternoon in July into a veritable Malin photograph, complete with low-slung beach chairs, surfboards, and a lifeguard chair. Several packages are available, including the two-person Harbor Watch package, which includes a bottle of Domaines Ott Château De Selle Rosé, a dozen Nantucket oysters on the half shell, Calvisius caviar, and mini lobster rolls on toasted brioche. —G.M.