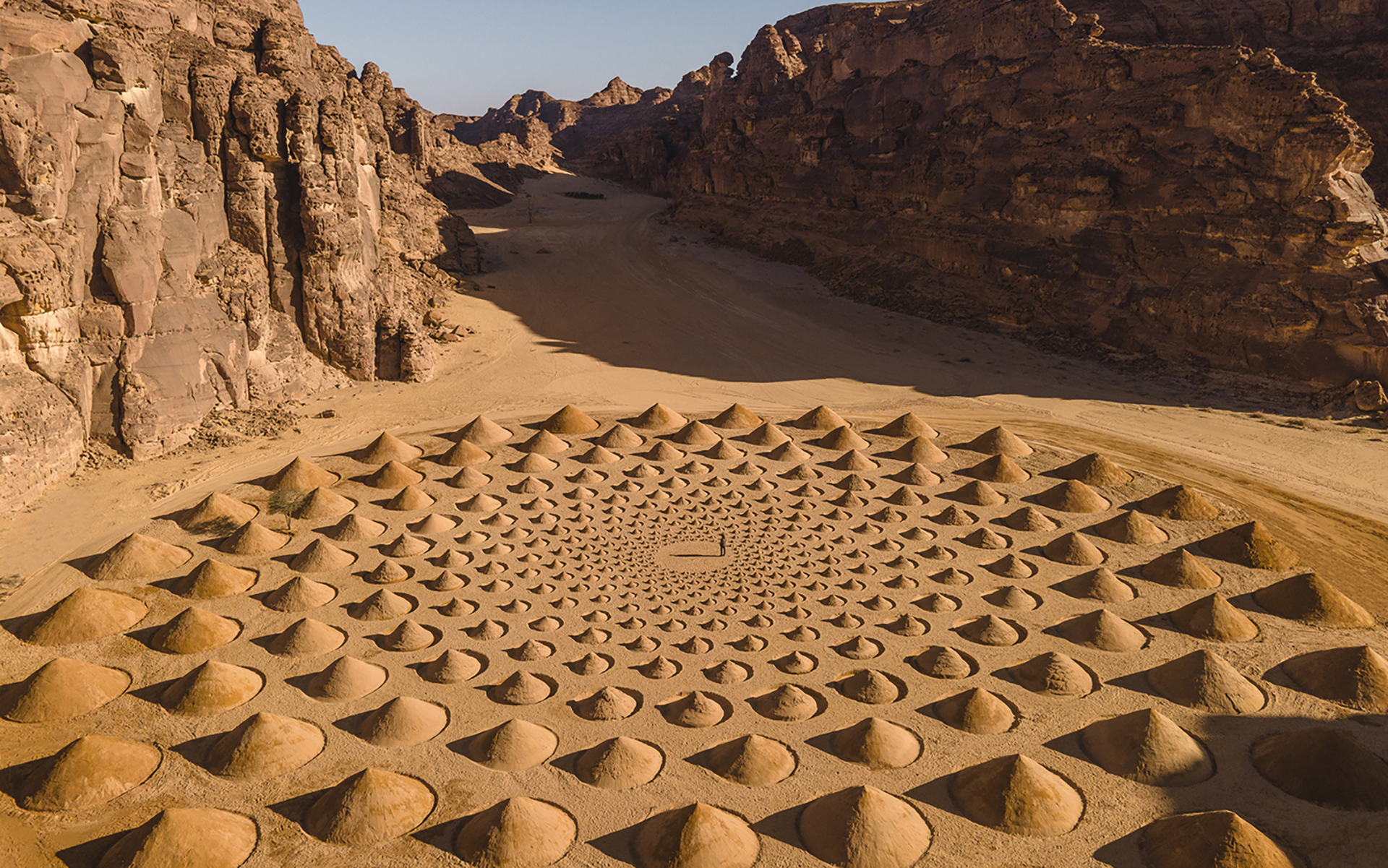 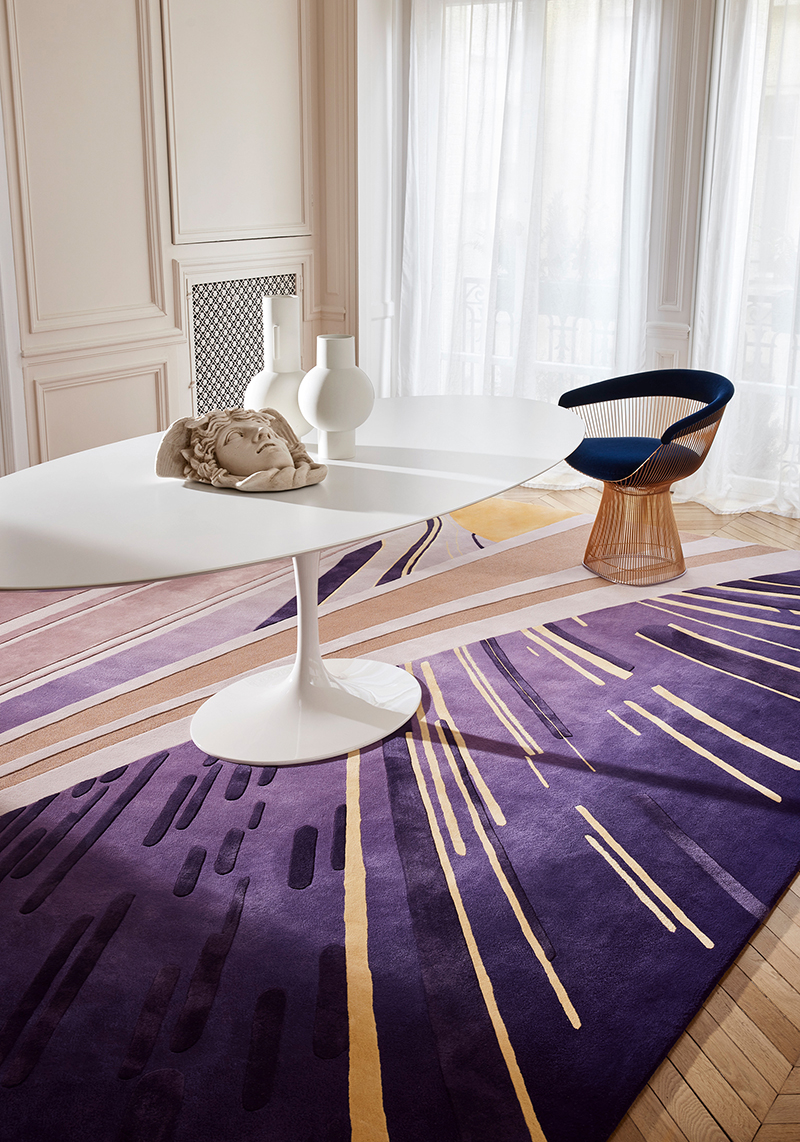 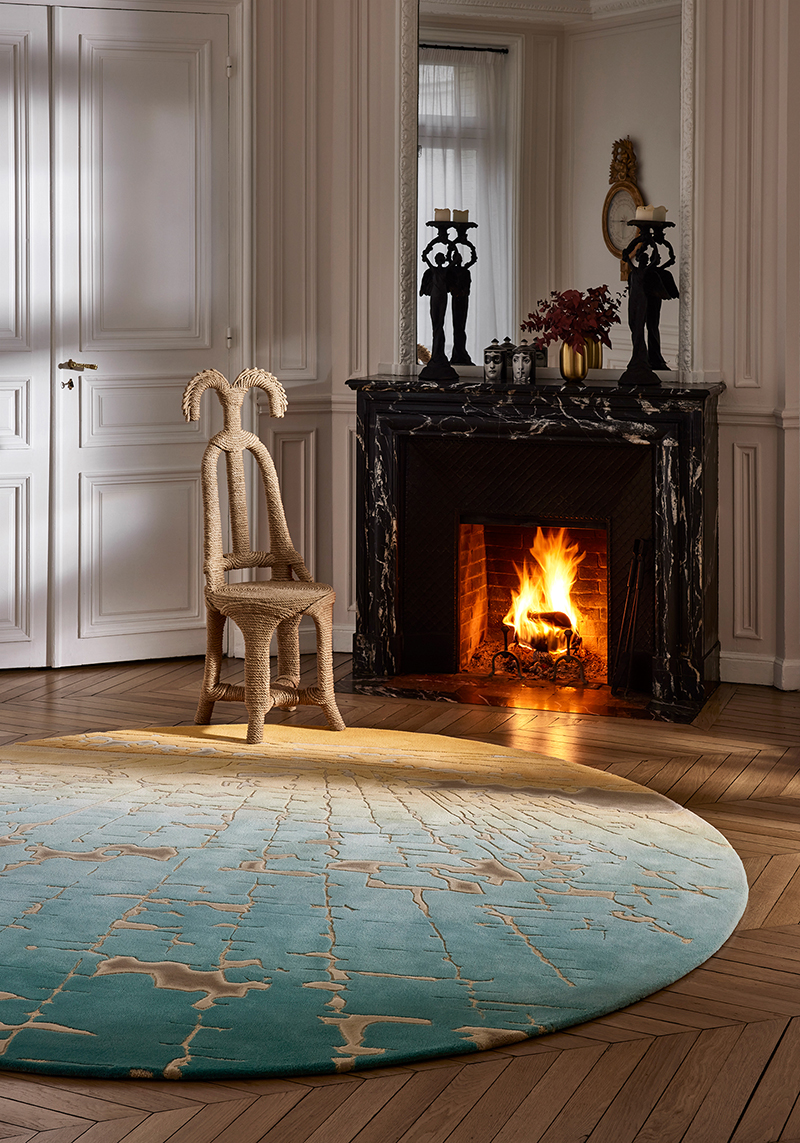 Last year, French-American architect and designer Elliott Barnes conceived a sophisticated new showroom for Tai Ping, which relocated its Paris outpost to an airy two-story space near the Musée des Arts Décoratifs and Bourse de Commerce. Now, Barnes has introduced a colorful new collaboration with the rug company. Entitled Overview, the collection of five original designs pays homage to Los Angeles, with styles such as Cienega, DTLA, and Mulholland. Made using a sumptuous blend of wool and silk, the rugs were informed by the architect’s memories of Sunday drives with his family through his hometown of L.A. and past iconic landmarks like Grauman’s Chinese Theatre, for which Tai Ping did the rugs in 1958. “Overview takes us into stylistic and visual territories never explored before by mixing a Californian style that is spontaneous and graphic, reminiscent of the seventies and an energetic pop culture aesthetic,” Sophie You, director of Tai Ping France and Italy offices, said in a statement.—Jill Sieracki

Following its inaugural exhibition in 2020, Desert X AlUla returns for its second edition this month, placing striking contemporary artworks by 15 Saudi and international artists amid the extraordinary desert landscape of AlUla, a sublime region in northwest Saudi Arabia. This year’s theme “Sarab,” exploring ideas of mirage and oasis, invited the artists to respond with new works that address dreams, camouflage, fiction, dis/appearance, extraction, illusion and myth, while also shining a light on the relationship between the natural and man-made worlds. Highlights include Palestinian artist Khalil Rabah’s Grounding, who planted a grove of real olive trees, which are not native to the land, hinting at themes of repatriation and the Palestianian crisis; Gold Fall, a long tapestry-like work crafted from small pieces of yellow plastic water containers dramatically draped over a rock formation by Ghanaian artist Serge Attukwei Clottey; and American land artist Jim Denevan’s mesmerizing Angle of Repose, comprising 364 pyramid-shaped concentric sand mounds made in collaboration with volunteer local AlUla residents. —Lucy Rees 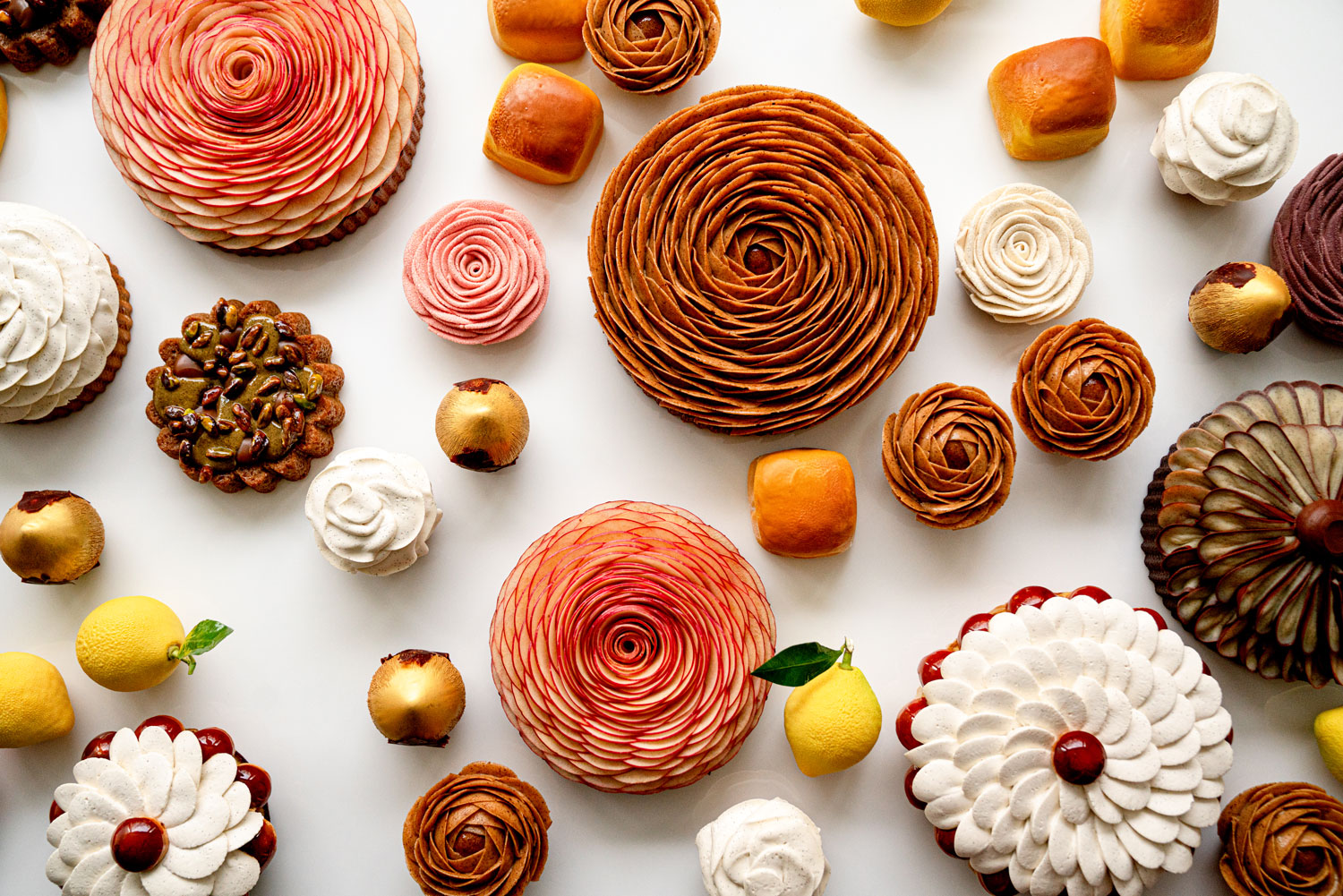 Pastries from Cédric Grolet at the Berkeley in London.

3. Pastry Chef Cédric Grolet Opens at the Berkeley in London

Acclaimed pastry chef Cédric Grolet opened his first outpost outside of France at the Berkeley in London on Monday. Overlooking Hyde Park in Knightsbridge, the patisserie, which was designed by Remi Tessier, will offer the incredible trompe l’oeil creations as well as fruit and flower cakes that made him an Instagram sensation with 2.2 million followers. Cookies, cakes, viennoiserie will be available for takeaway from the sleek space, but those truly sweets obsessed will clamor for a spot at the Chef’s Tasting Counter for signature, multi-course menus paired with Champagne. Long queues form outside both his locations in France, one at Le Meurice and another on L’Avenue de l’Opéra, and it won’t be long before the same happens in London, especially once foodies have a taste of the location’s signature scone. —Jacqueline Terrebonne 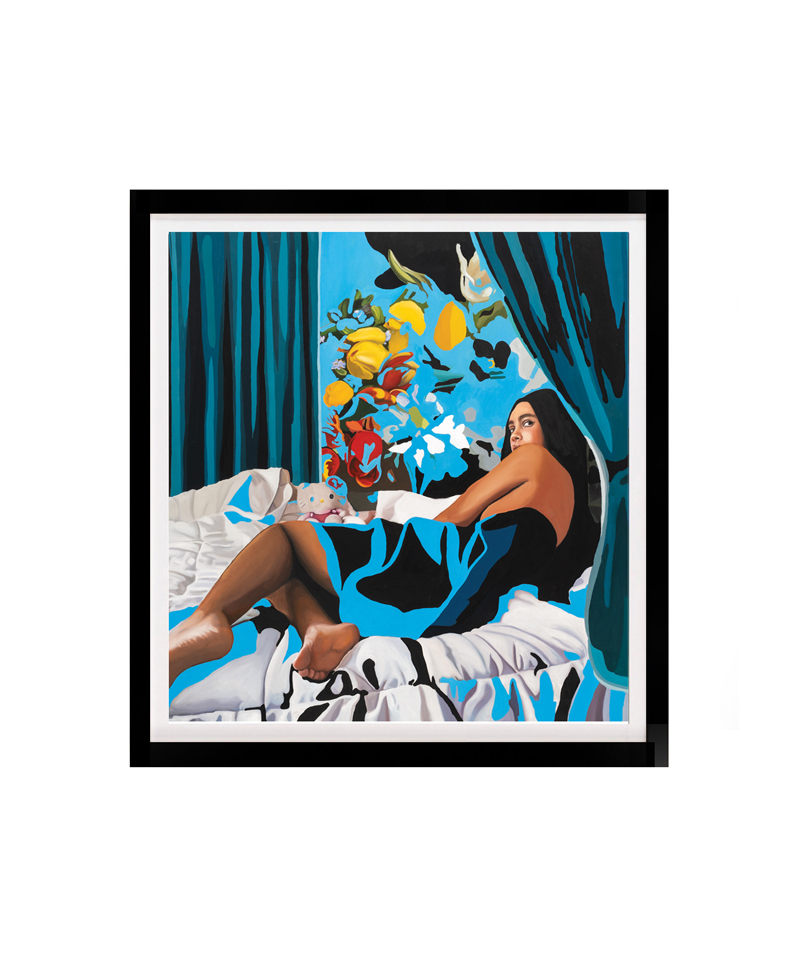 Odalisque 1 (2022) by Darryl Westly Photo: Courtesy of Art for Change 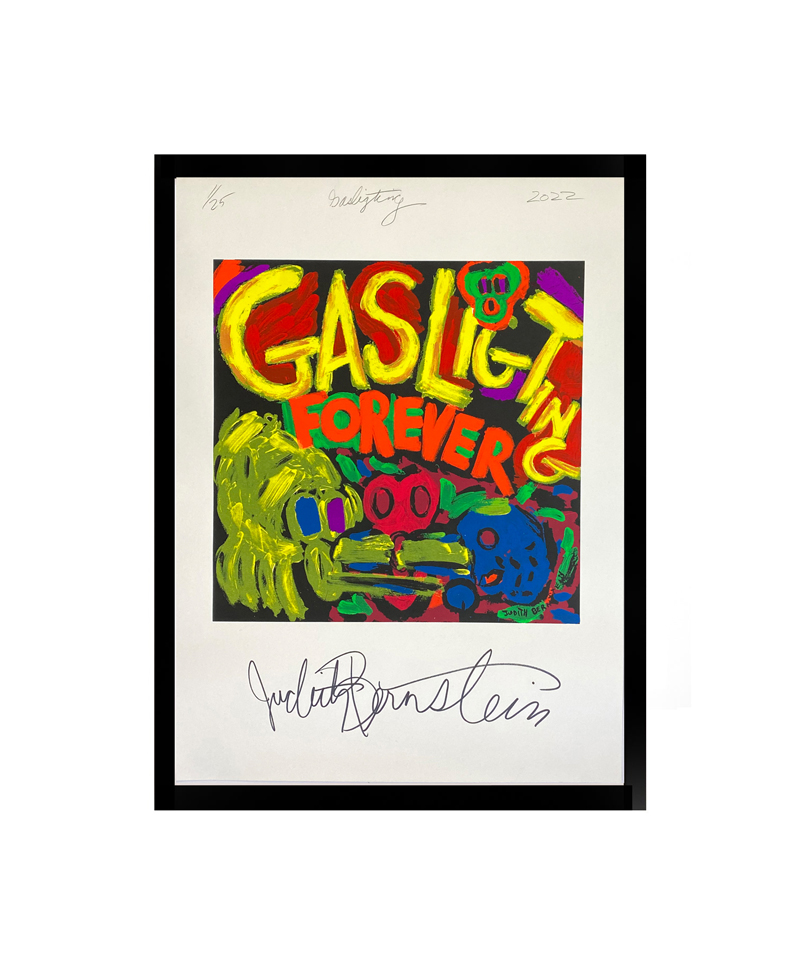 4. Art for Change x Art at a Time Like This Collection

Creating museum-quality prints by buzzy contemporary artists, ART FOR CHANGE’s platform for the socially conscious collector benefits participating artists and myriad non-profit organizations with its curated print sales. ART FOR CHANGE’s newest collaboration with Art at a Time Like This launches this week. Sales of this limited number of hand-embellished works by groundbreaking artist Judith Bernstein and painter Darryl Westly will help the organization’s mission to support artists and curators and promote social and political action through public art. —Stefanie Li 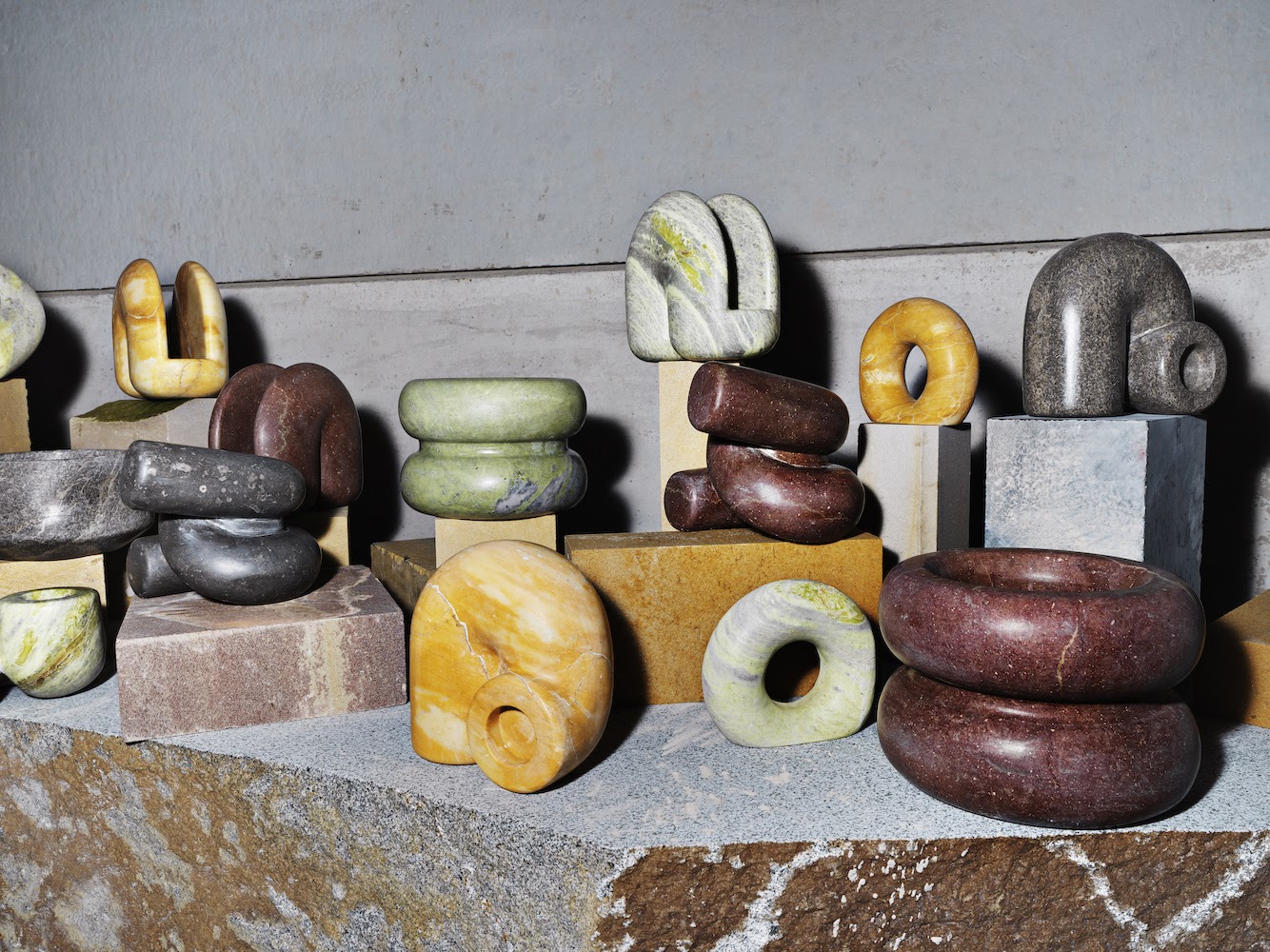 Good things come in small packages. At least that’s the message of Orior’s new homeware collection, Objects, which launched on February 3. Based in Ireland, the family-run furniture business is known for its velvet-clad sofas and tables crafted with richly veined marble as well as for its bulbous, organic silhouettes. A natural extension of the brand, this limited-edition line comprises a magazine holder, a bowl, a tabletop sculpture, a vase, bookends, and a candle holder—all of which were made using offcut limestone and marble chunks from the its stock inventory. “In designing Objects, we used it as an opportunity to create new shapes and forms that could eventually evolve into furniture,” says Orior designer Ciaran McGuigan. “It was new territory for us, so we had to adapt our design practice slightly to fit the smaller scale of these pieces. While we took inspiration from our previous work, it’s unlike anything we have ever done before and lays out the framework for future collections.” The six-piece line is for sale at Orior’s Manhattan showroom as well as through oriorfurniture.com—Geoffrey Montes