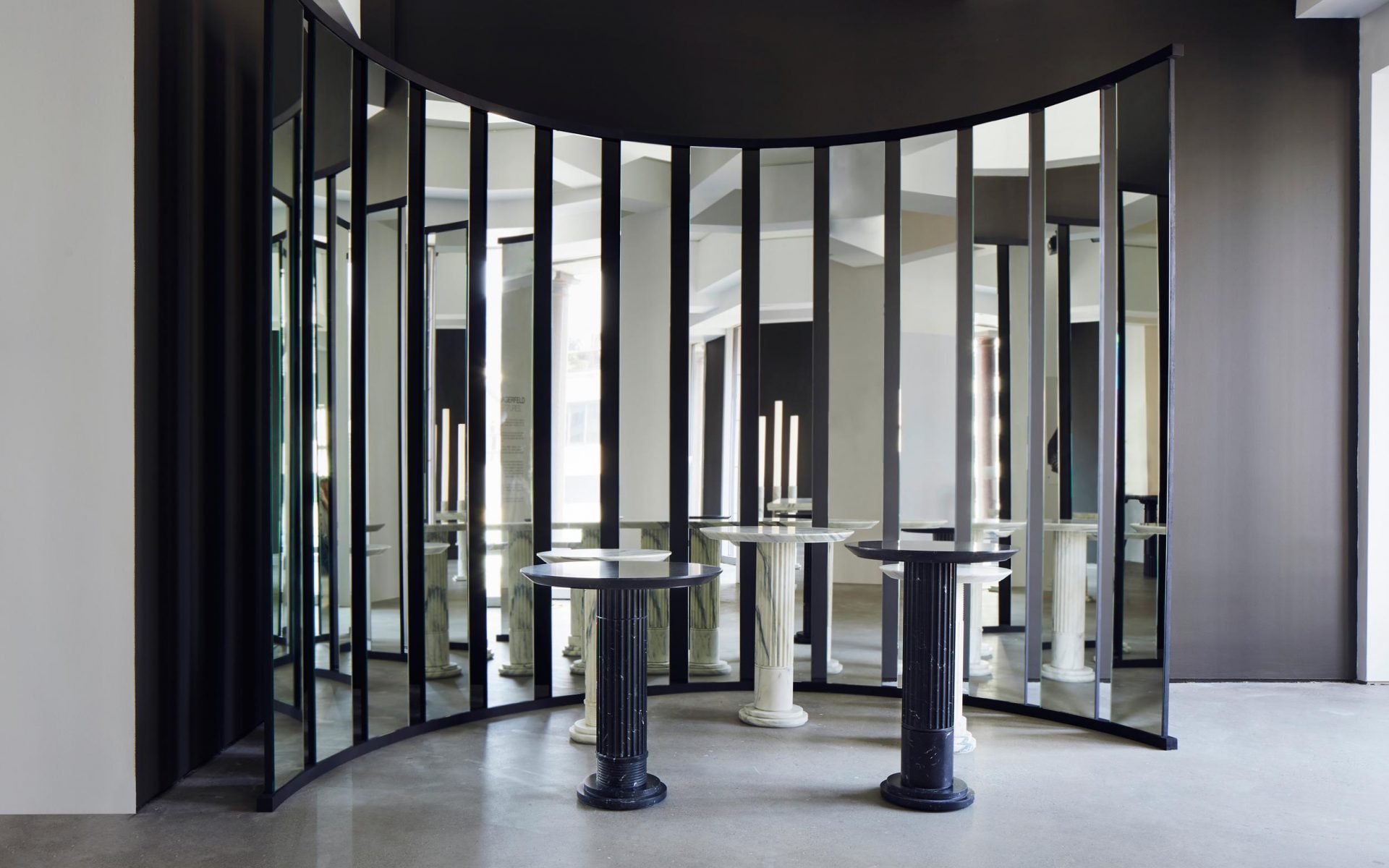 From Karl Lagerfeld’s marble pieces to Wendell Castle’s sculptural works, these shows are not to be missed Late fashion legend Karl Lagerfeld’s “Architectures” exhibition, which previously debuted in Paris at Carpenter’s Workshop Gallery, is now on view at the gallery’s New York outpost. Lagerfeld’s passion for Grecian antiquities influenced this collection of eight functional marble sculptures, which include tables, lamps, gueridons, consoles, fountains, and mirrors. Each of the pieces were carved by Italian craftsmen from two types of marble: an Arabescato Fantastico rare white marble with dark grey veins and black Nero Marquina marble with milky-white veins. Over Wendell Castle’s six-decade career, the design maestro pushed the boundaries of what furniture could be by creating innovative pieces that blurred the lines between sculpture and design. “Wendell Castle: A New Vocabulary” at Friedman Benda displays both early and rare works alongside pieces from the last decade of the designer’s career.

Recommended: 5 Major Art Exhibitions Not to Miss This Fall Peter Speliopoulos, former creative director of Donna Karan and Cerruti, is a multidisciplinary artist with a namesake line of home accessories from ceramics to linens. His first solo New York presentation of ceramics “ARCHAEOS” at Les Ateliers Courbet delves into his experimentations with clay to create textural and layered surfaces. Ceramic sculptures by Martin Pearce. Photo: Courtesy of the artist and Roman and Williams Guild