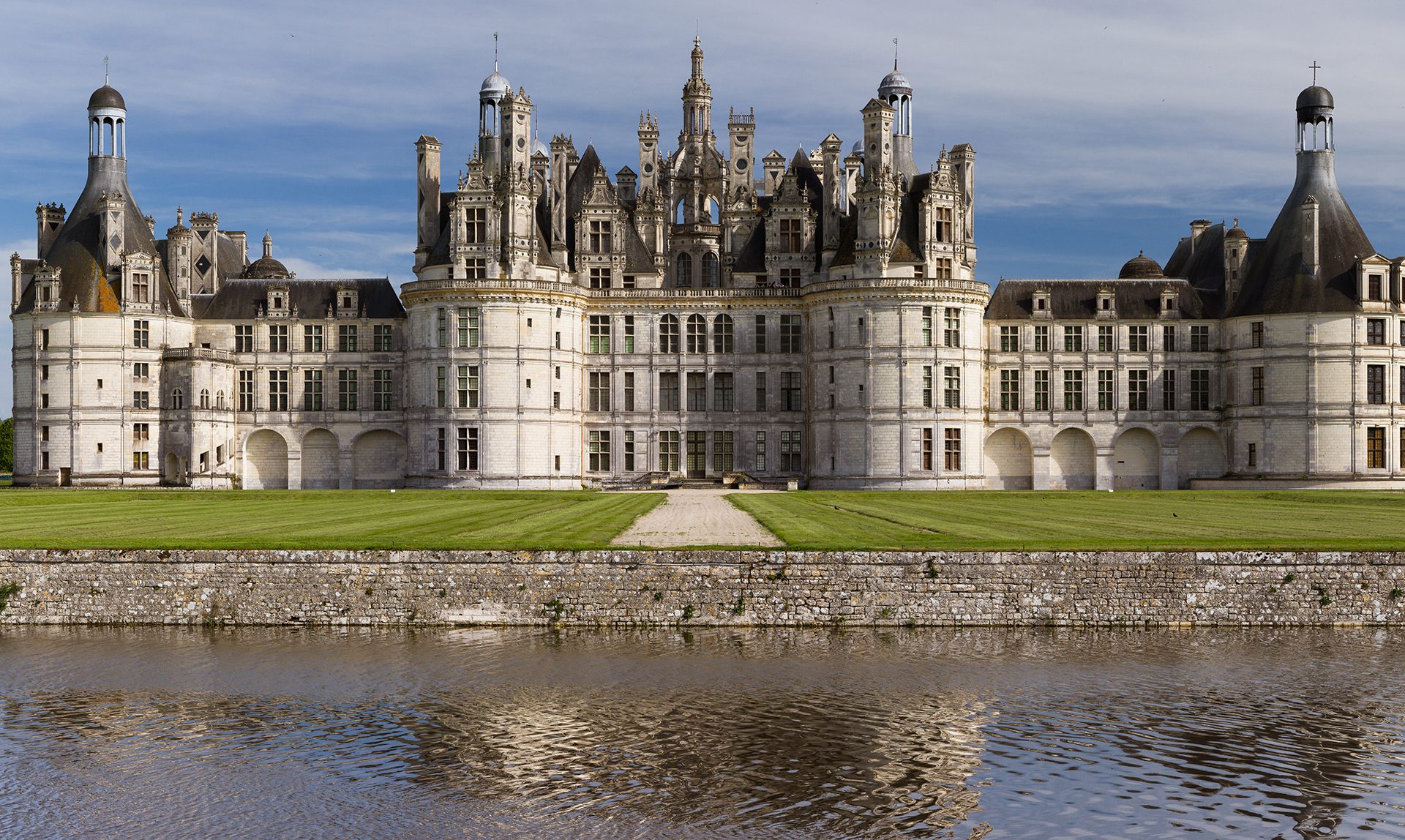 10 of the Most Magnificent Châteaux in France

Tour the most ornate castles worth dreaming about visiting right now

While Paris might be one of the biggest draws to France, the countryside and its stately manors stand their own ground, too. From the 15th to the 18th centuries—during the country’s Ancien Régime—noble families hired the top architects of the day to design ornate châteaux, sometimes as a permanent residence and sometimes as a vacation home or hunting lodge. Today, many of these elaborate palaces have been preserved, designated as landmarks, and transformed into museums. Here, we round up ten of the most beautiful châteaux in the country.

In the 16th century, King Francis I commissioned architect Pierre Nepveu to build this 200,000-square-foot château—the largest in the Loire Valley—as his private hunting lodge. Designed in the French Renaissance style, the enormous palace, which boasts 335 fireplaces, was a symbol of his wealth and achievement. Its iconic double-helix grand staircase was inspired by Leonardo da Vinci. Built over the Cher river, the Château de Chenonceau as it’s seen today was built in two phases by architects Philibert de l’Orme and Jean Bullant in the mid-16th century. Original construction was overseen by Katherine Briçonnet, the wife of Thomas Bohier, Chamberlain of Charles VIII, while Henry II’s mistress Diane de Poitiers oversaw the second phase. Over the centuries, the palace became the property of a number of notable women, including Catherine de’ Medici. Versailles might be an obvious choice for this list, but there’s no denying that it’s one of the most stunning palaces not just in France, but in the entire world. Though Louis XIV brought the château to its highest levels of grandeur during the second half of the 17th century, it was Louis XIII who originally built a much more modest hunting lodge on the site, some 40 years earlier.

While many of the grandest French châteaux are located in the Loire Valley, this mid-17th-century palace is in Normandy. After interior designer Jacques Garcia purchased the property in 1992, he began restoring the château’s extraordinary gardens, and while they are still a work in progress, they have been named one of the Notable Gardens of France by the French Ministry of Culture.

This palace was a royal residence for eight centuries, housing heads of state from Louis VII to Napoleon III. The first castle on the site was built in the 12th century, but only the donjon, which houses the King’s apartments, remains from that original structure. Architect Gilles le Breton expanded the château under Charles VI, while subsequent expansions occurred under Henry II, Henry VI, and Louis XIII.

Recommended: Your Ultimate Guide to Buying a Classic French Château Construction on this château, in the region of Berry, began in the mid-16th century by French lord Jacques d’Étampes de Valençay, but it wasn’t completed until the 18th century. Napoleon’s foreign minister, Charles Maurice de Talleyrand, inhabited the palace during the early 19th century. The château exhibits a combination of Renaissance and French Classical architecture. Rumored to have been author Charles Perrault’s inspiration for the castle in The Sleeping Beauty, as well as Walt Disney’s inspiration for his animated castles, this château has a long history. While the original fort on the estate was built in the 11th century, the castle was rebuilt in the 15th century, with expansions and renovations occurring over the next two centuries. Jean Le Breton purchased these lands in the 16th century and built the château around a former 14th-century fort. Today, the palace is known for its Renaissance gardens, which were restored by Joachim Carvallo, who purchased the estate in 1906. The Carvallo family still owns the château and continually improves the gardens. This château, located less than an hour outside of Paris, comprises two connected buildings: The Grand Château and the Petit Château. In 1484, the property was inherited by the Montmorency family—architect Pierre Chambiges built the two châteaux for Anne de Montmorency in the 16th century. The original Grand Château was destroyed during the French Revolution and rebuilt by Henri d’Orléans in the mid-19th century. Today it’s home to the Musée Condé, an art museum.