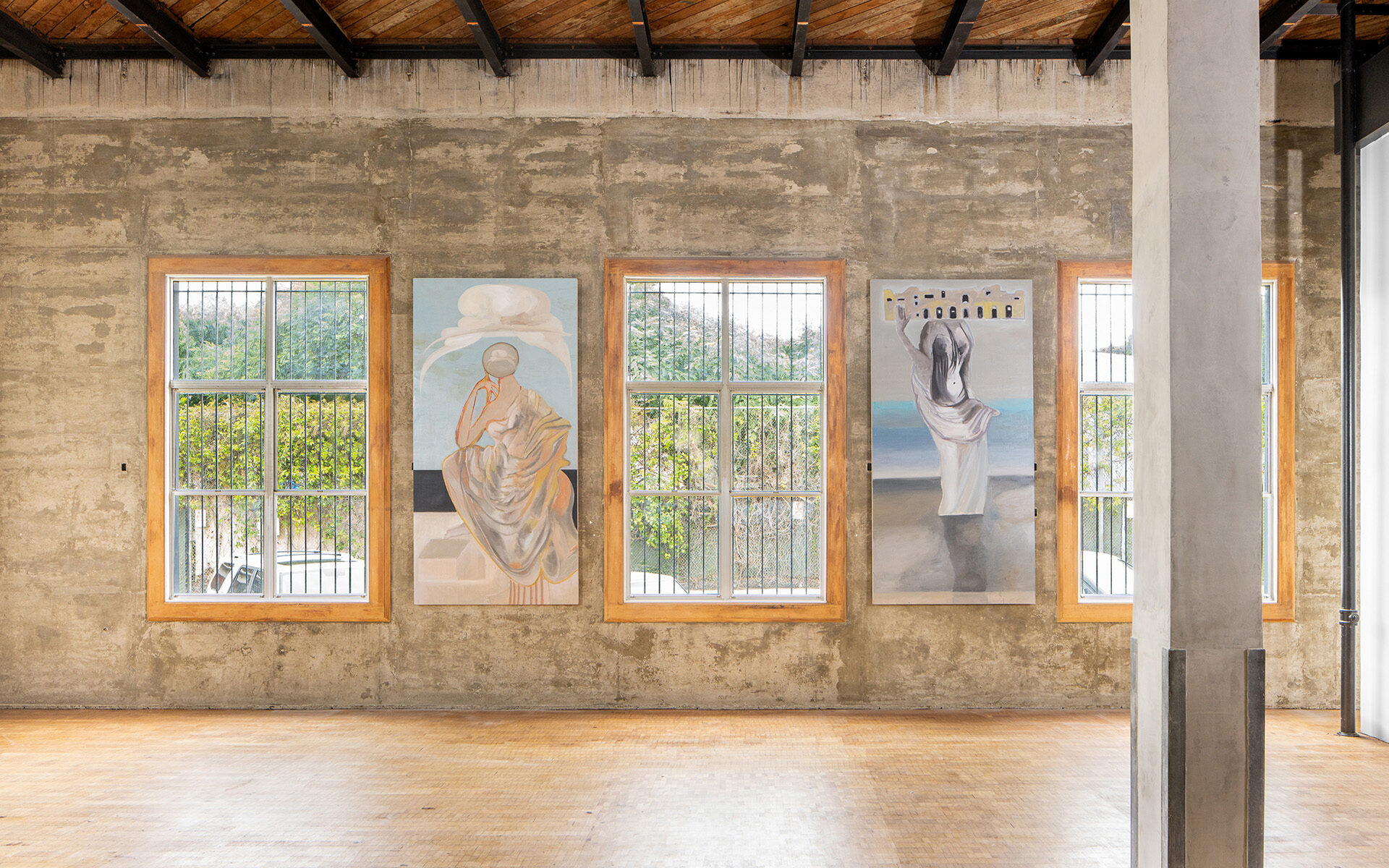 ‘Twenty Years of Painting: 2001-2021’ is on view through January 6 at the historic Santa Monica Post Office 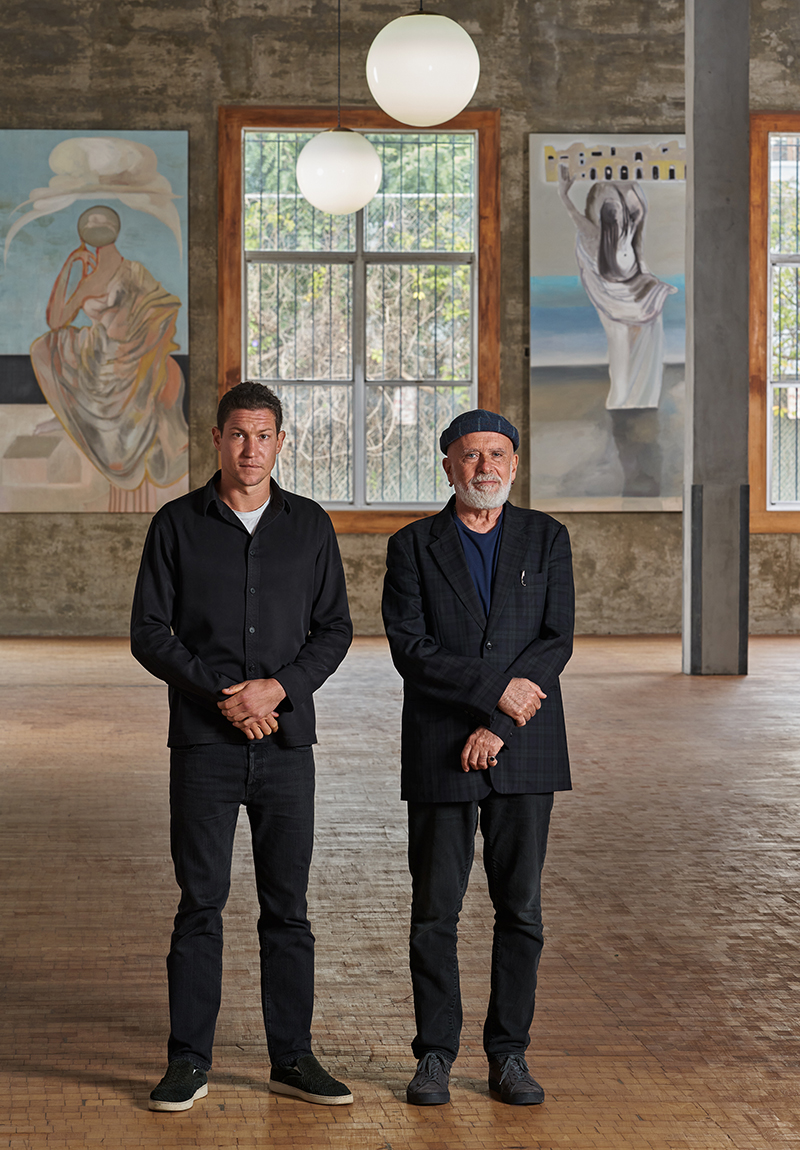 Vito Schnabel and Francesco Clemente at the installation of "Twenty Years of Painting: 2001-2021" at the Santa Monica Post Office. Photo: Elon Schoenholz

Vito Schnabel’s first memory of the Naples-born, New York–based painter Francesco Clemente is an early ’80s fresco that hung in the Manhattan apartment the gallerist once shared with his parents, clothing designer Jacqueline Schnabel and artist Julian Schnabel, and his siblings. The young Schnabel has also been friends with Clemente’s sons since childhood, and he still fondly remembers the artist taking the time to drive them all to Saint Ann’s School in Brooklyn amid the chaos following September 11.

A few years later, when Schnabel noticed the painter admiring his green Nike Air Force Ones, he gifted a pair to him. “I was just flattered that he liked them,” says Schnabel, now 35, who started organizing exhibitions in high school and launched his namesake gallery, which boasts outposts in New York and Saint Moritz, in 2003. “It was a dream of mine to work with Francesco, but I didn’t quite know how to go about it back then. I felt that if I kept doing the work that I was doing, I might earn my stripes to be able to propose the idea, which still seemed unfathomable to me.” 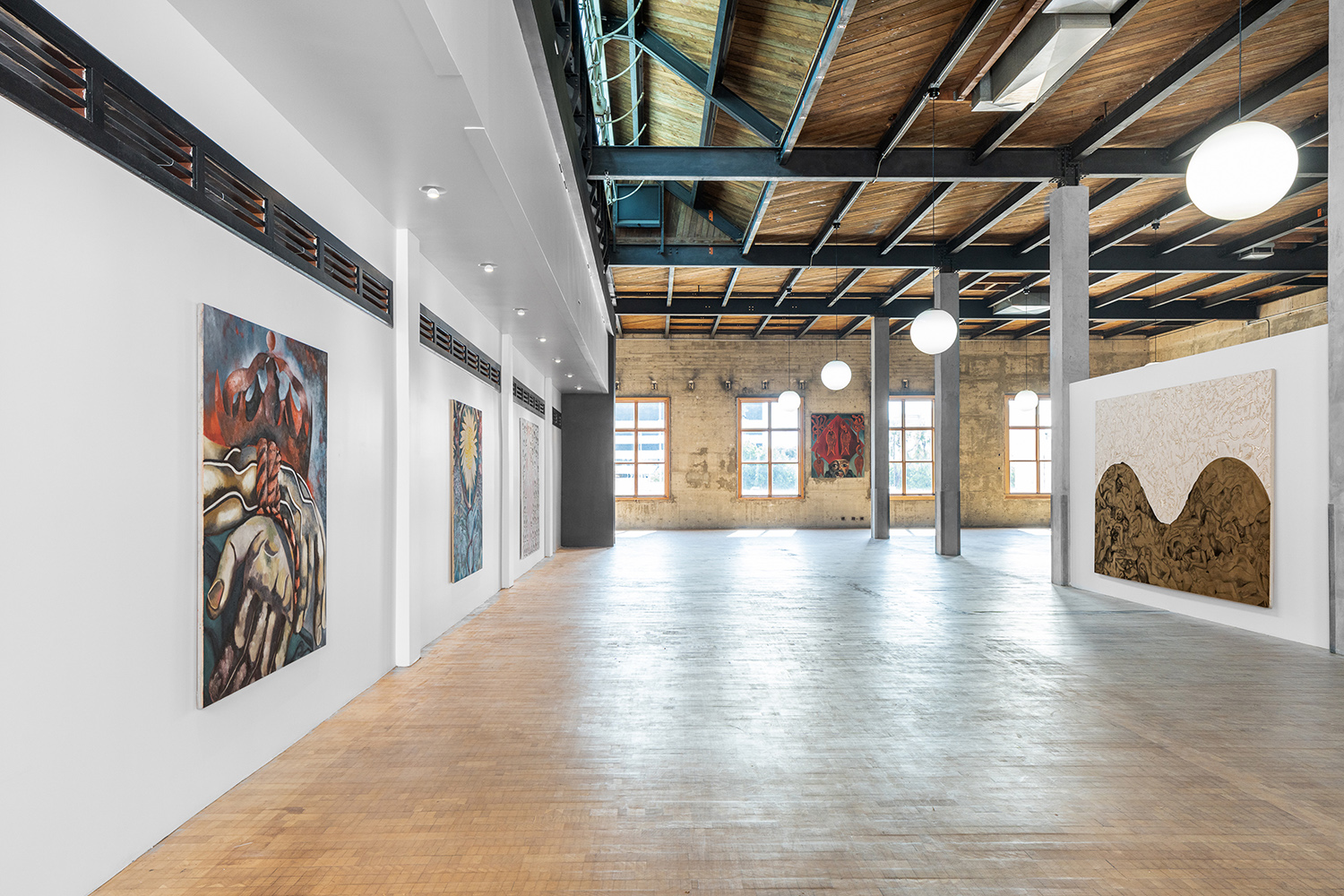 At the time, Clemente agreed with this assessment. “The fact that we knew each other since Vito was a child didn’t help me to find him convincing,” says the artist. “Because the mind is really lazy.” Clemente was, however, following the young Schnabel’s work with artists like Rene Ricard, Ron Gorchov, and Laurie Anderson, from afar. “He was always interested in real artists, which to me means artists whose subject matter is not their ambition but the oddity of their life and their worldview.”

About seven years ago (and unbeknownst to Clemente), Schnabel asked the artist’s daughter, Chiara, what she thought her father might say about the two of them working together. “Not that he needs help, but I wanted to participate, collaborate, and do things that I thought could shine a light to his work because I didn’t feel like certain eyes were open to it,” says Schnabel. “I was always waving his flag, but I wanted to show his art.” 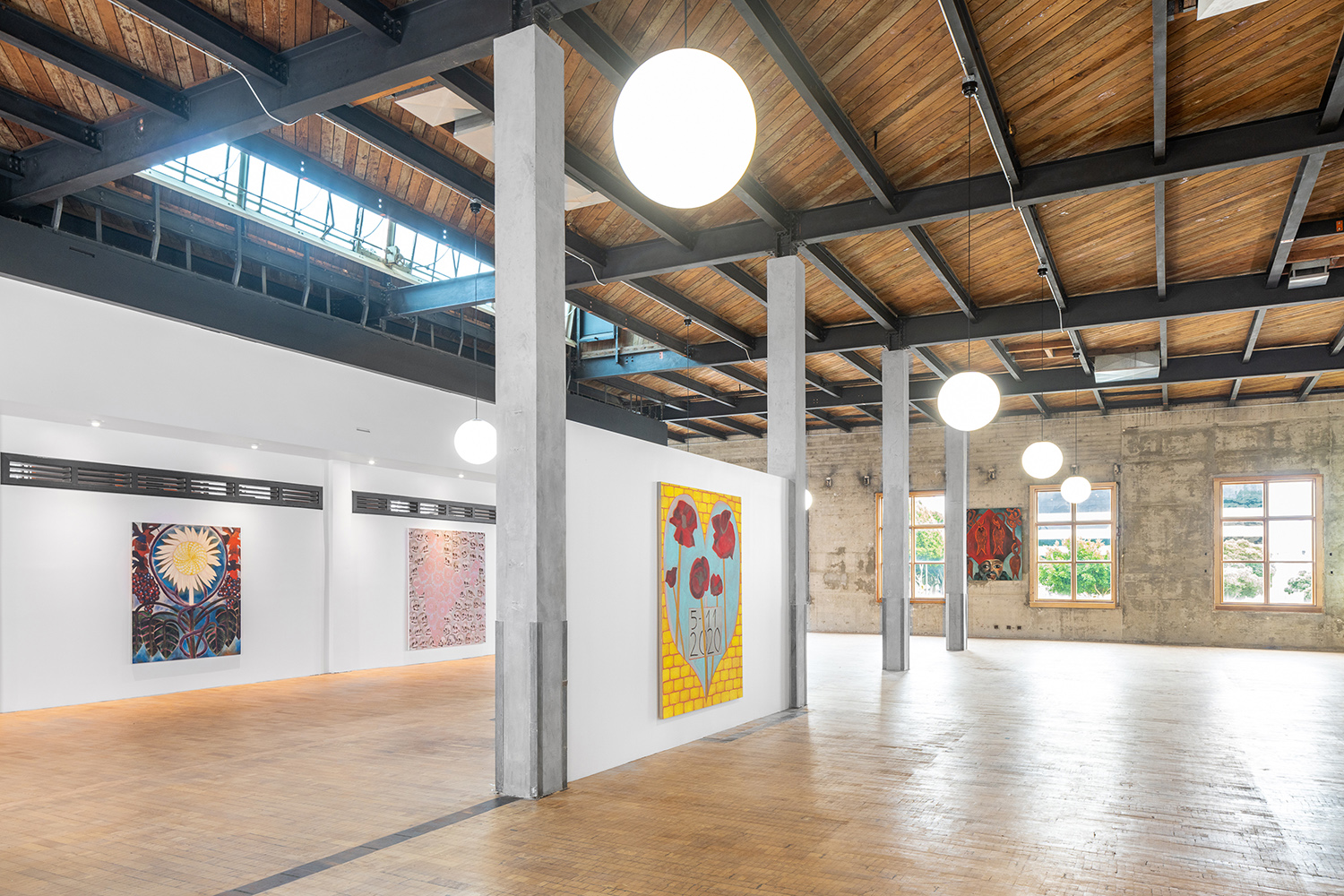 Since 2019, Schnabel has done just that in four solo shows with Clemente between New York and Saint Moritz, and the duo is now poised to open their most ambitious production to date: “Twenty Years of Painting: 2001-2021,” on view through January 6, 2022, inside the historic Santa Monica Post Office. This show marks Clemente’s first solo exhibition in L.A. in the past two decades. “I work in constellations and they become difficult to show with other constellations of works; I thought someday I can have a show where I extract one or two examples of certain ways of thinking,” says Clemente, whose work includes everything form vibrant frescoes, watercolors, ink drawings, and environmental installations to portraits of himself, his wife, and his many famous friends. “If you do that, you start to see all the rhymes and the threads that come back and disappear and reappear years later. It becomes approachable.” 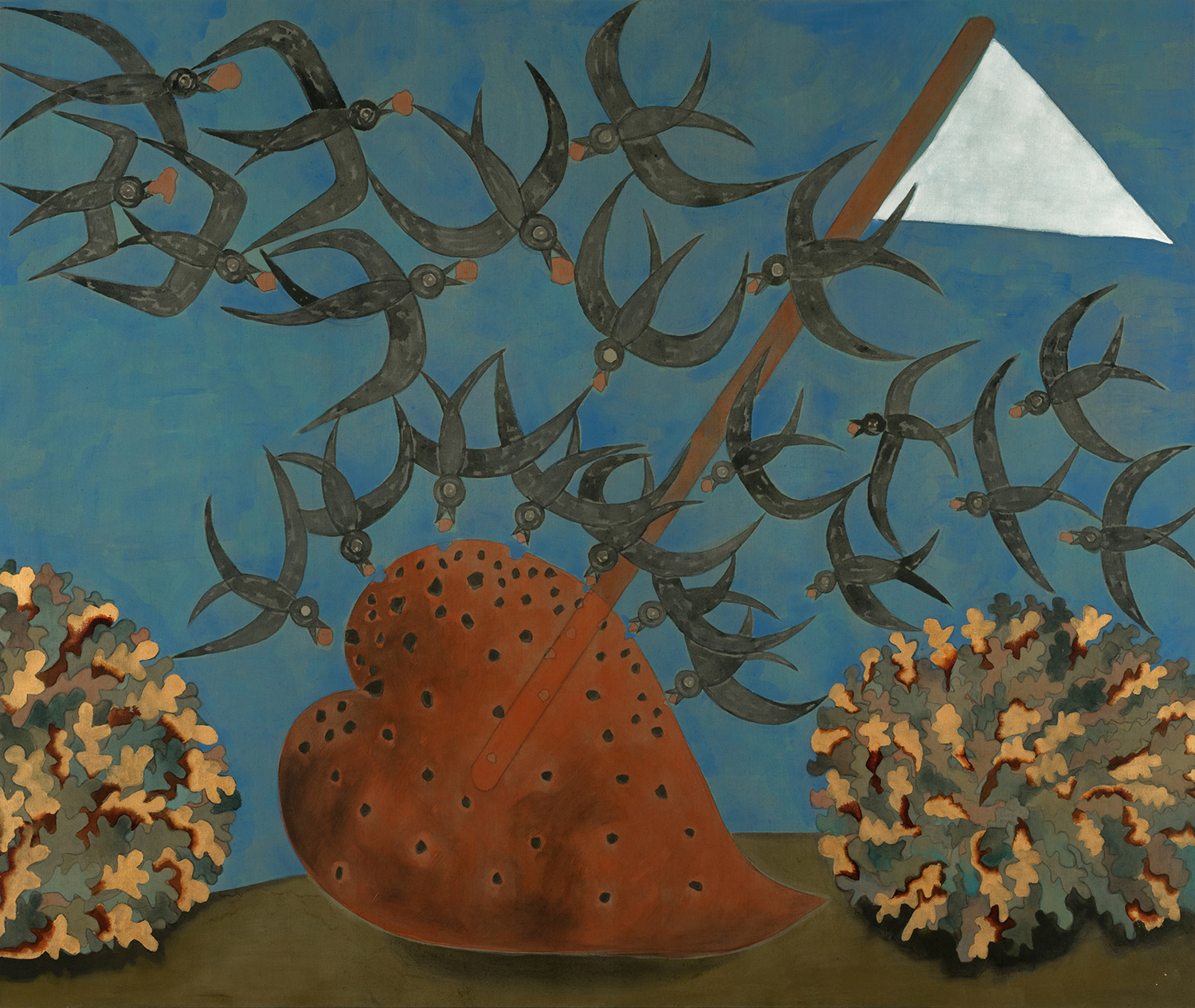 In the Post Office’s vestibule, two massive watercolors—Rising and In the Web of Love—depict rosebuds and hearts caught in the bravura of mark making. In the main area, visitors walk into a scene picturing a swallow-pecked heart waving a white flag opposite a painting of a white rose rising from a rubble pile of red bricks and a work depicting rope-bound wrists that correlate to a self-portrait of Clemente wearing a bishop’s headdress. Both were painted on extended stays in Brazil in the late 2000s, when the artist went on a deep dive into the Afro-Brazilian religion, Candomblé. “We are not Renaissance people so we don’t have a common belief system,” says Clemente. “The images have to have a truth, but it has to be presented as a transitory truth otherwise you are just lying.” 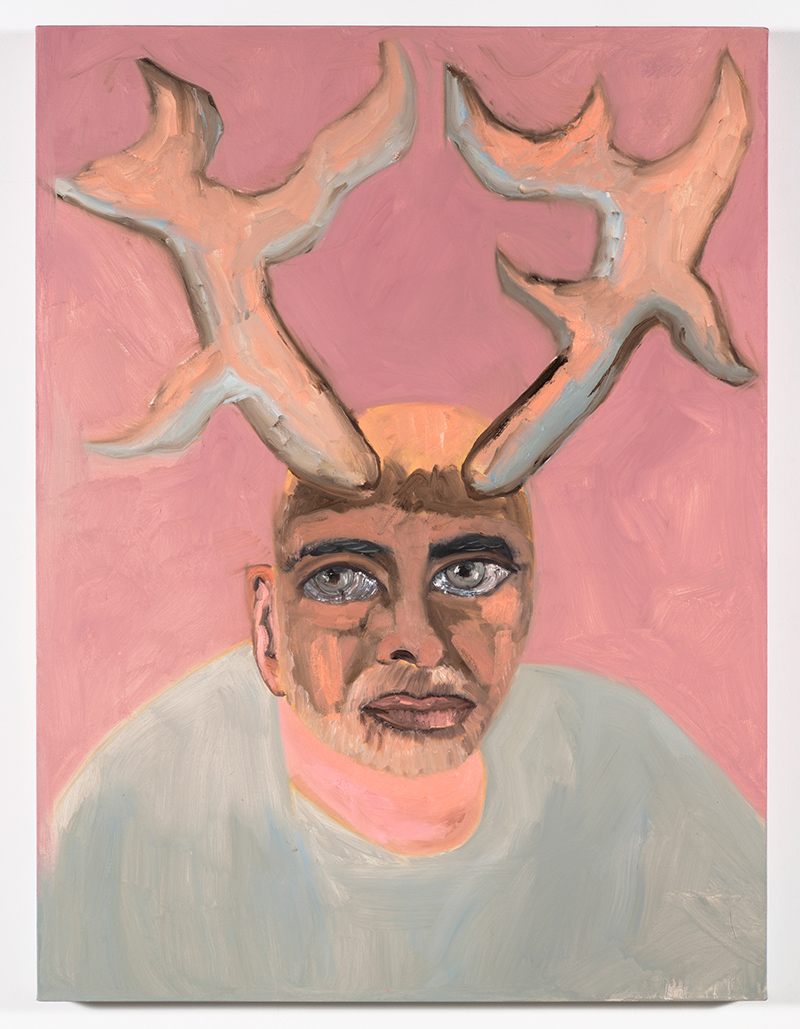 A large painting of a Corinthian helmet is one of three in the show with the date painted on the front of the canvas. “Every day seems to be a historic day in this moment of catastrophe,” says the artist of the newest works. In other rooms, visitors will find a pair of Clemente’s sylphic Dormiveglia goddesses. The only self portrait is a picture of Clemente with pink antlers from a decade ago. Despite the breath of work, all the pieces vibrate with a lightness via Clemente’s ethereal applications of pigment, oil, and watercolor. That being said, they are also distinctly tethered to a general undercurrent of darkness. “There’s a quote by a great Sanskrit poet who says that the poems he writes are bitter pills coated in sugar,” Clemente tells Galerie. “It’s not that it’s my plan to do this, but art is one of the ways to reconcile ourselves to this bitter pill, and art should be coated in sugar. I don’t believe the glorification of suffering is necessary.” 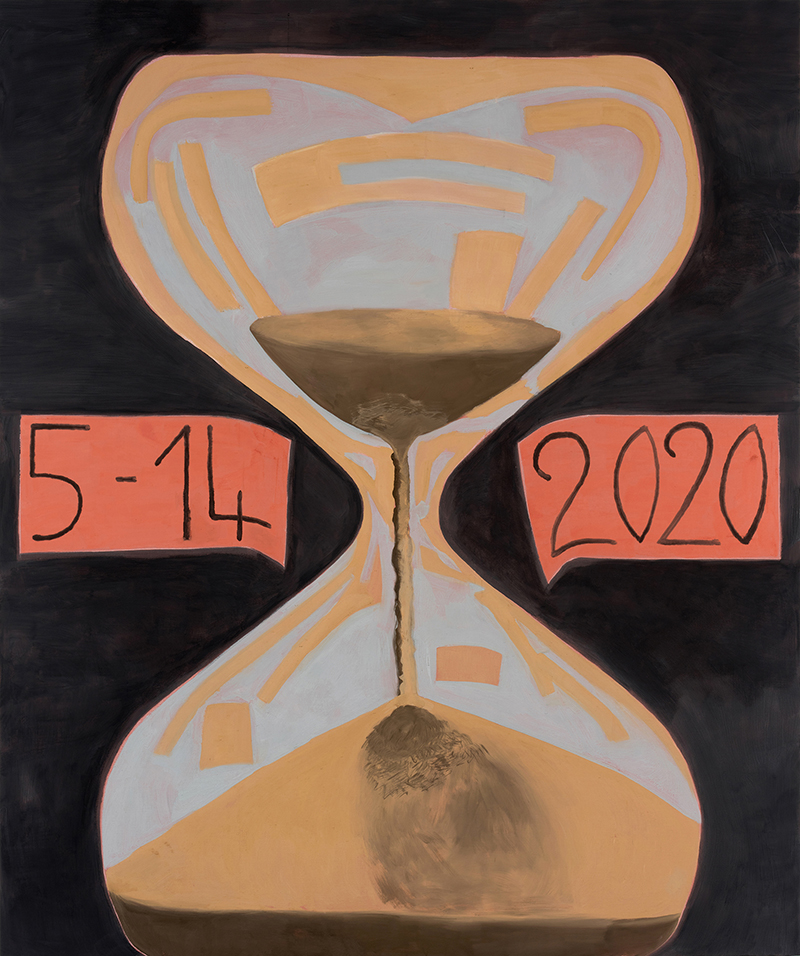 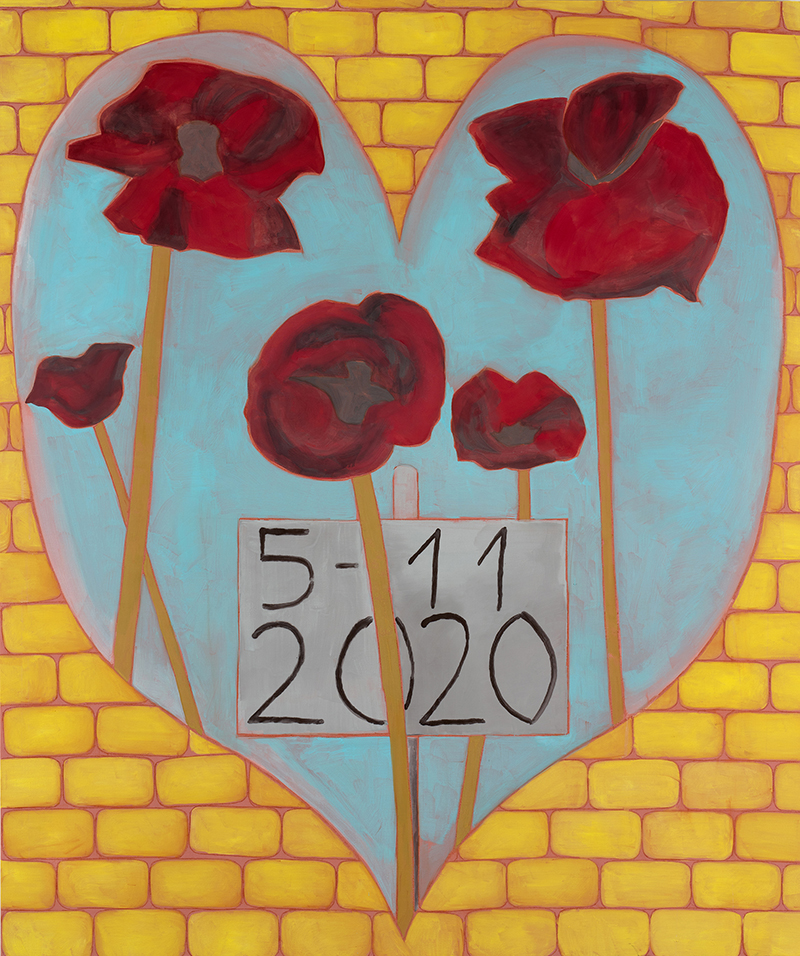 On the heels of this survey, Schnabel plans to give the run of the cathedral-like 15,000 square foot Art Deco gem to a solo show with the in-demand Australian painter Jordan Kerwick followed by a group show of budding Angeleno talents. But it was imperative, however, that the opening of the space go to Clemente. “Very simply, I think he’s one of the greatest painters alive, so I’m just genuinely very excited about the idea of being able to make this show of 20 years of work, which I think has and will stand the test of time,” says Schnabel. “I’ve looked at a lot of art in the 19 years I’ve been doing what I do, and this is extraordinary to me. I’ve never seen anything like it.”