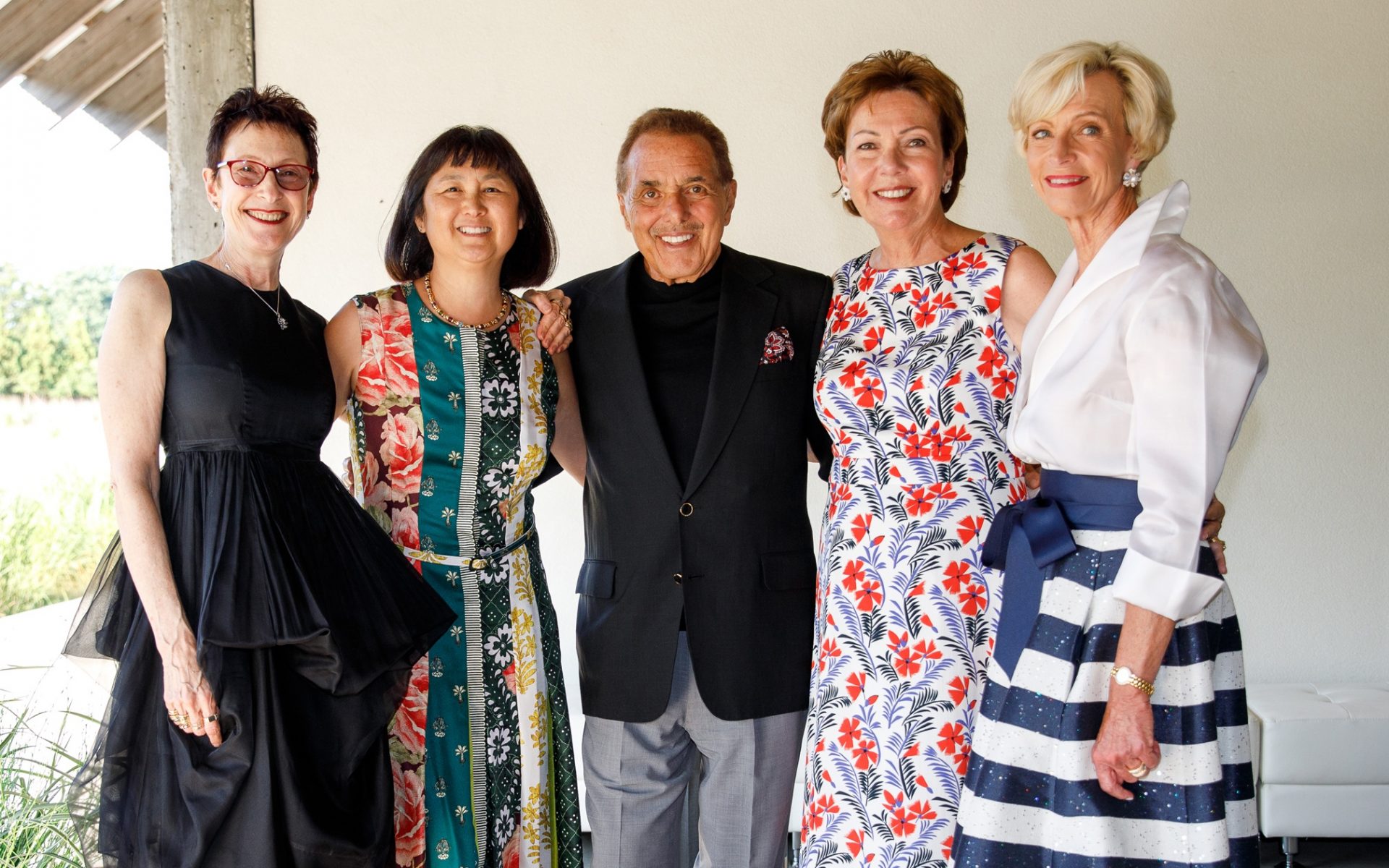 Artists, curators, and finance leaders turned out for the Parrish's annual celebration

Lin is known for her environmental-inspired installations and architectural projects. Her triptych “Bay Pond and Harbor Long Island” was installed on a wall in the cocktail space during the party. The Riggios are also collectors of her works and had recently installed a five-acre lawn sculpture by the artist on the grounds of their Bridgehampton home. Following dinner, Lisa Dennison, Sotheby’s EVP, Chairman, Americas and Benjamin Doller, Sotheby’s Chairman, Americas moderated a spirited live auction at which guests bid on a multitude of experiences as well as to make donations in support of the museum’s educational programming. Over $1 million dollars was raised by the end of the night. At the Late Night Party following the dinner, DJ Alice Longyu Gao had guests dancing the night away in the Lichtenstein Theater.

If you weren’t able to make it out to the fête, here are a selection of images from the night: