By Galerie editors
The Ralph Lauren runway show was hosted at the Museum of Modern Art.
Photo: Courtesy of Ralph Lauren 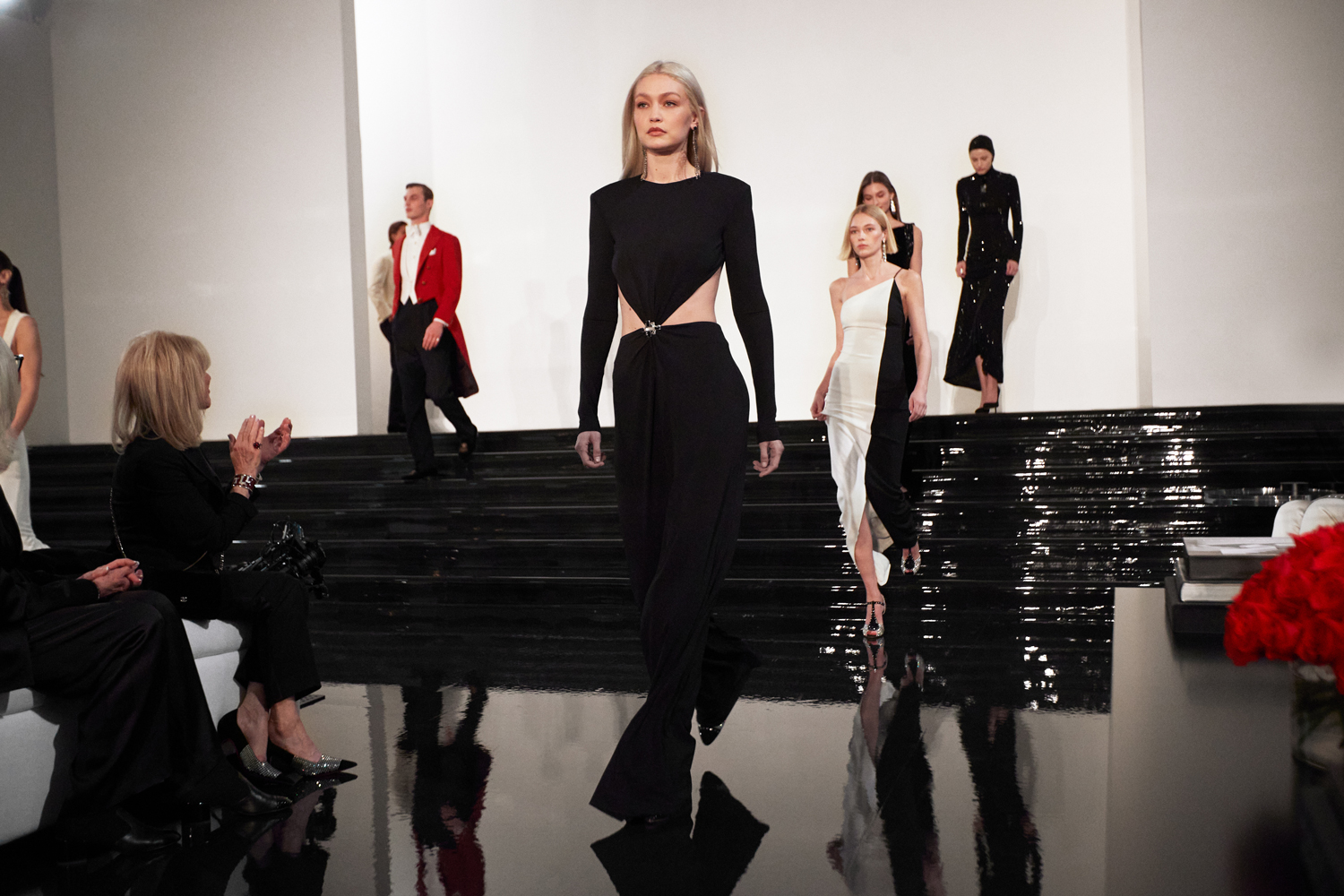 The Ralph Lauren runway show was hosted at the Museum of Modern Art. Photo: Courtesy of Ralph Lauren 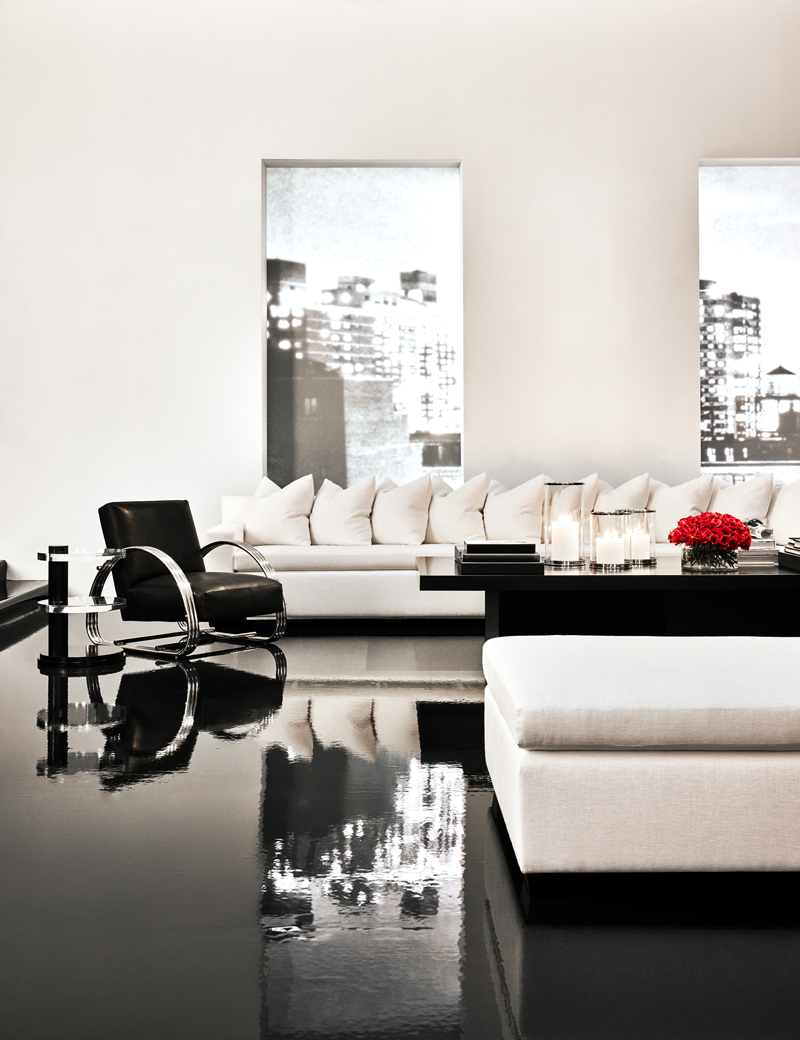 Perhaps no other brand beats Ralph Lauren when it comes to creating a completely immersive experience. For the presentation of the Fall/Winter 2022 collection last Tuesday, the quintessential American brand transformed a space within the Museum of Modern Art into a contemporary, black-and-white New York penthouse. An array of sculptural-yet-comfortable furnishings along with a wealth of decorative accessories formed the backdrop for the intimate runway, where equally sleek lines and soigné touches were on display. From the pillow-lined white sectional sofas to the flickering polished silver hurricane lamps, every last detail of the transportive set was part of the Ralph Lauren Home collection. Other eye-catching pieces included the RL CF-1 lounge chair, inspired by Mr. Lauren’s McLaren race car, and streamlined Hudson Street lounge chair, which is constructed of silver tubing, as well as several enchanting reinterpretations of the classic tuxedo (for both men and women) on the runway. Altogether it was a dreamy movie version of what a picture perfect life in the city could be—and it sure is tough to beat the Ralph Lauren version of that dream. —Jacqueline Terrebonne 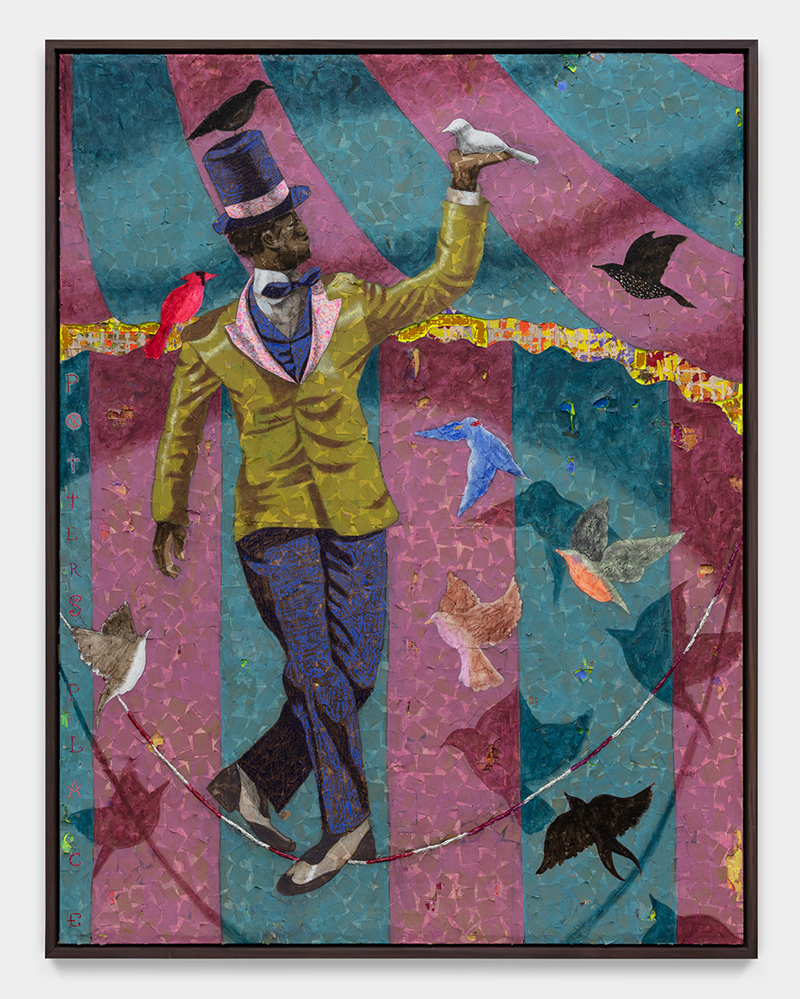 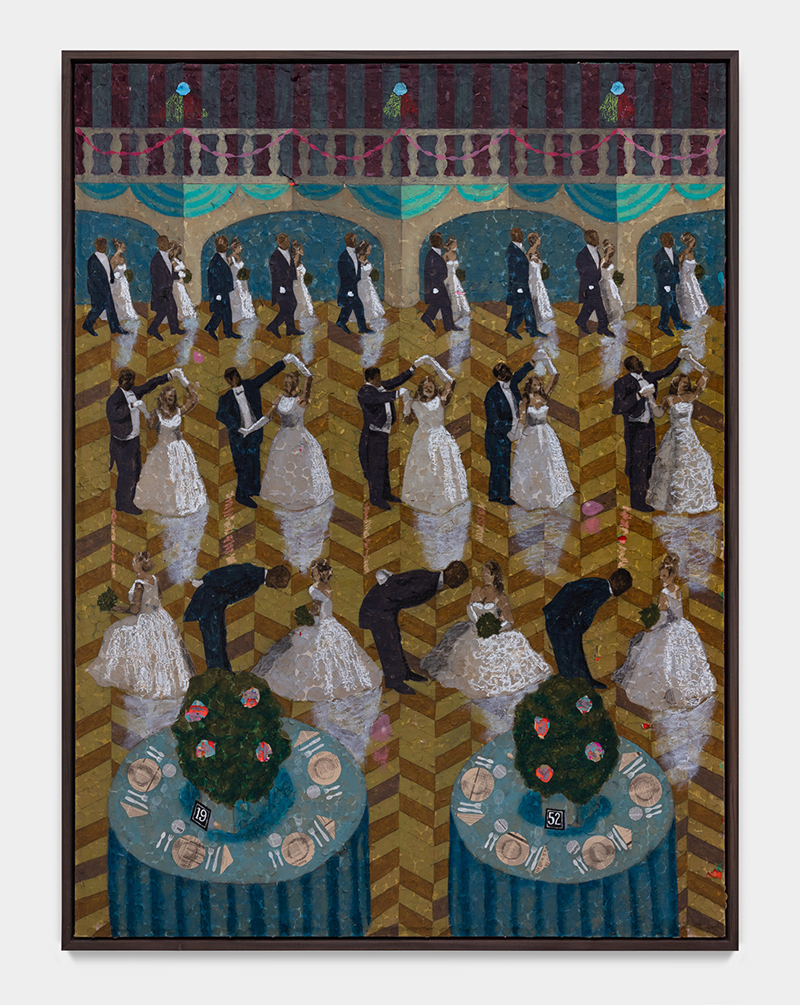 Known for his richly layered works and fantastical installations, Derek Fordjour’s first solo exhibition at David Kordansky Gallery, “Magic, Mystery & Legerdemain,” draws from the life of late magician Black Herman. Transforming the gallery to resemble a vaudeville venue, Fordjour collaborated with artist and director Numa Perrier and Los Angeles–based magician Kenrick ICE McDonald to bring one of Herman’s traveling stage shows to life . The exhibition explores the theme of magic as it relates to power, race, and illusion throughout American history and features the artist’s largest painting to date, Meu Povo (2022), which depicts a Carnival parade in Salvador, Brazil. Fordjour’s L.A. takeover continues at The Museum of Contemporary Art (MOCA) where his monumental work envelopes over 5,400 square feet of the museum’s exterior. —Stefanie Li 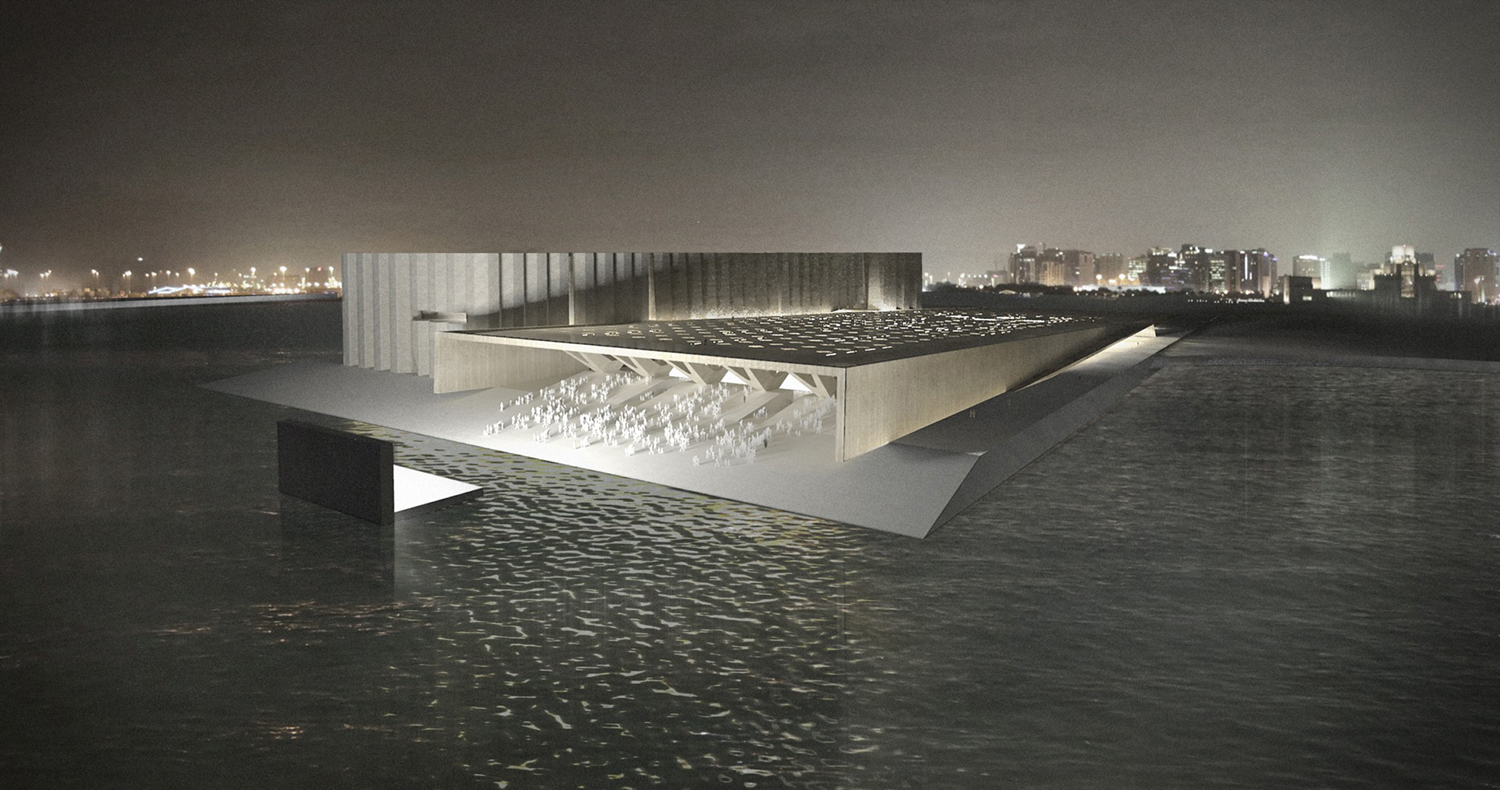 4. Qatar Unveils a Trio of New Museums as Part of Ambitious Cultural Program

After the National Museum of Qatar opened to fanfare in 2019 (thanks in part to a dazzling design by Jean Nouvel), officials in the oil-rich Gulf nation have tapped even more Pritzker Prize–winning architects to embellish the Doha cityscape. This week it was revealed that Herzog & de Meuron, OMA, and Elemental (all of which have won the top industry honor) will all be crafting monumental institutions in the tiny Middle Eastern country, which has a population of just 2.8 million. The first project, which aims to transform a disused flour mill into a sprawling arts campus, is known as the Art Mill and will be devised by Chilean architect Alejandro Aravena of Elemental. Dutch studio OMA, headed by Rem Koolhaas, will conjure the Qatar Auto Museum, while Herzog & de Meuron will develop the Lusail Museum in the planned city of Lusail, just north of the Qatari capital. That building will span 560,000 square feet and encompass “the world’s most extensive collection of Orientalist paintings, drawings, photography, sculptures, rare texts, and applied arts,” according to the announcement. —Geoffrey Montes 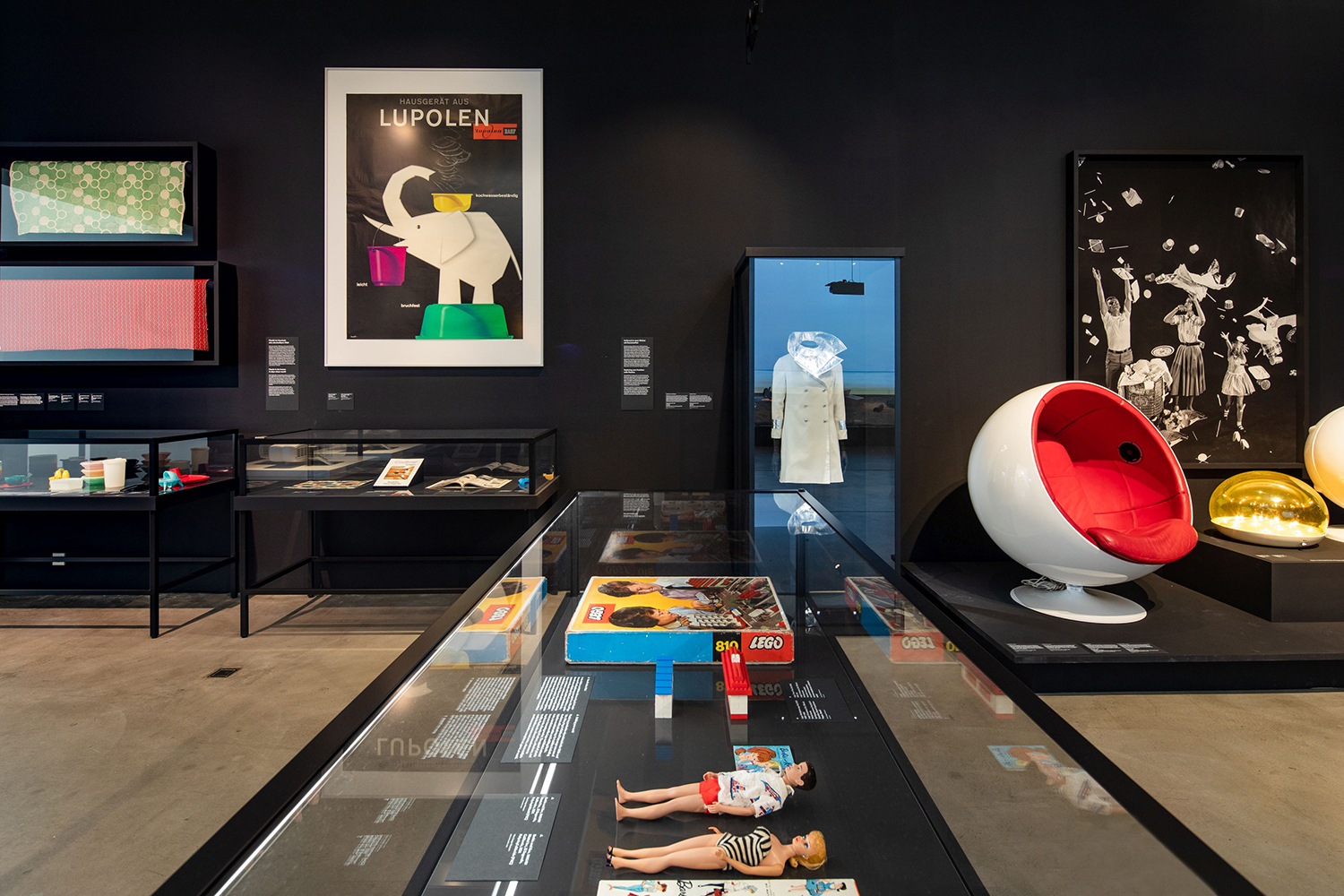 Controversial yet inescapable, plastic is one of the enduring materials of our time—literally. The synthetic polymer experienced a meteoric rise in the 20th century, only to be cast as an environmental villain in the 21st. A new exhibition at Germany’s Vitra Design Museum (organized in conjunction with V&A Dundee and maat, Lisbon) explores humanity’s turbulent relationship with the innovative material, as well as its potential impacts on future generations. Of course, such pedigreed institutions are keen to showcase the positive effects plastic has had on the design industry, and among the numerous objects on view are contemporary furnishings by Gino Sarfatti, Eero Aarnio, Jane Atfield, and Enzo Mari. Open through September 4 (after which it will travel to its partner museums), the thought-provoking show also shines a light on efforts to alleviate the environmental crisis it has caused though recycling and clean-up programs, as well as increasing popularity of bioplastics, which can be made from sustainable sources like mushrooms and algae. —Geoffrey Montes

Cover: The Ralph Lauren runway show was hosted at the Museum of Modern Art.
Photo: Courtesy of Ralph Lauren
Next Post