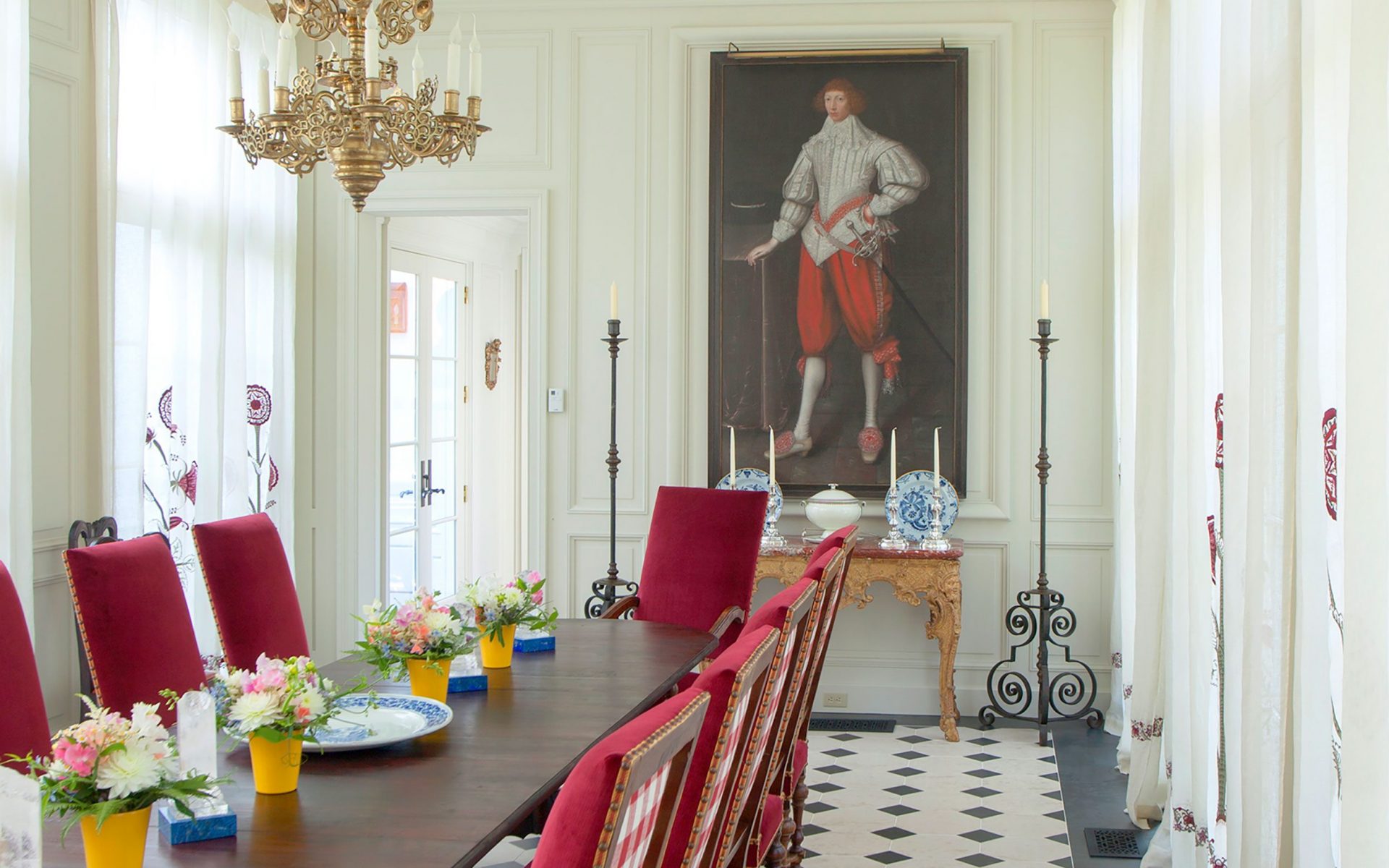 In addition to the lavish main house, the deal includes a graciously preserved guesthouse from 1710 A portrait of the designer. Photo: Courtesy of Robert Couturier

The house sits on more than 14 waterfront acres in the Litchfield County town of Kent, boasting extensive formal gardens by noted landscape designer Miranda Brooks. The four-bedroom pavilion-style house also features a dining room that made it into designer Thomas Jayne’s tome The Finest Rooms in America. (Among its lavish details are 19-foot ceilings and a mantel made of 17th-century Florentine limestone.)

In addition to the opulent main house, a guesthouse built in 1710 is also included in the sale. Known as Dover House, the two-bedroom cottage was moved from nearby Dover, New York, and rebuilt on the property by Couturier’s husband, historic preservationist Jeffrey Morgan. “Between you and me, I’m incredibly happy that Jeffrey did not listen to one of my suggestions,” Couturier told The Wall Street Journal of the historic property. “I would not have made Dover House as beautiful as it is.”

The estate is listed with Rebecca Ward and Peter Klemm of Klemm Real Estate. A guesthouse built in 1710 sits down the winding drive from the main house. Photo: Klemm Real Estate The house begins with a formal entry with a 14-foot domed ceiling and a limestone-and-slate checkered floor. Photo: Klemm Real Estate Pristine gardens by Miranda Brooks sit in the back of the house. Photo: Klemm Real Estate Morgan arranged the furniture as it would likely have been set up in the 1700s. Photo: Klemm Real Estate A gunite pool sits in a pavilion on the property. Photo: Klemm Real Estate
Cover: A Gilbert Jackson portrait in the Connecticut home of Robert Couturier.
Photo: Tim Street-Porter
Next Post