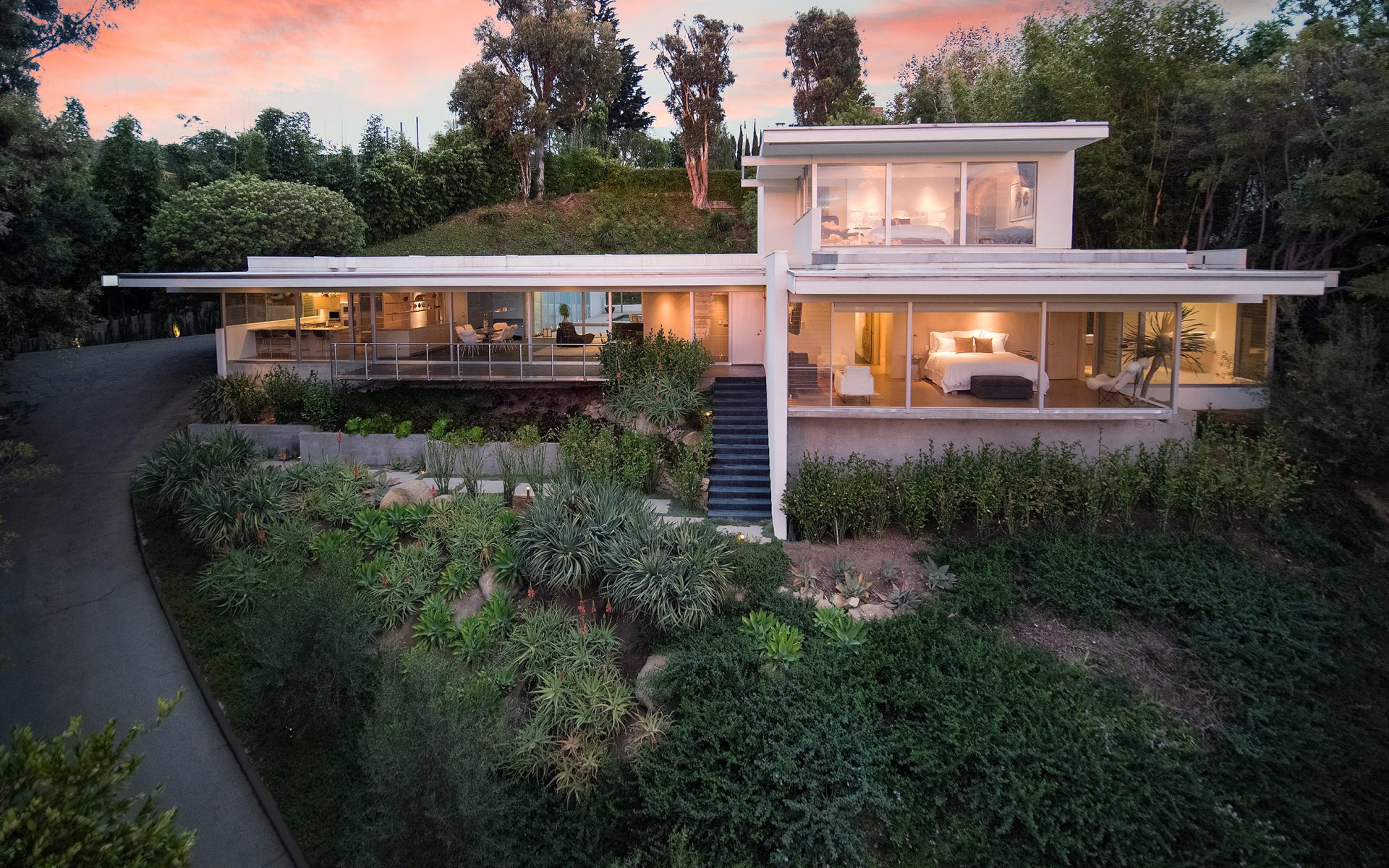 A Richard Neutra Masterpiece Hits the Market in Bel Air

The $10.5-million home boasts views from the city to the sea

The year was 1954, and two young newlyweds had asked California-modernism pioneer Richard Neutra to design this Bel Air stunner as their dream home. Some half a century later, philanthropist Adele Binder acquired it from the couple, along with the original drawings for an unrealized second story.

Enlisting preservation-minded architect John Bertram, Binder used the plans to orchestrate a $2.5-million expansion, and now the resulting 4,300-square-foot four-bedroom structure—which sits on half an acre and includes a pool—is crowned by a glass-walled master suite with sweeping views from city to sea.

See below for a look around the home. The four-bedroom home was originally completed in 1954 and expanded in 2004. Photo: Jim Bartsch The kitchen and living area open onto a terrace. Photo: Jim Bartsch The lush view from the dining area adds an air of privacy. Photo: Jim Bartsch The second level was added in the early 2000s by Neutra scholar and architect John Bertram. Photo: Jim Bartsch A version of this article first appeared in print in our 2018 Summer Issue under the headline On the Market. Subscribe to the magazine.