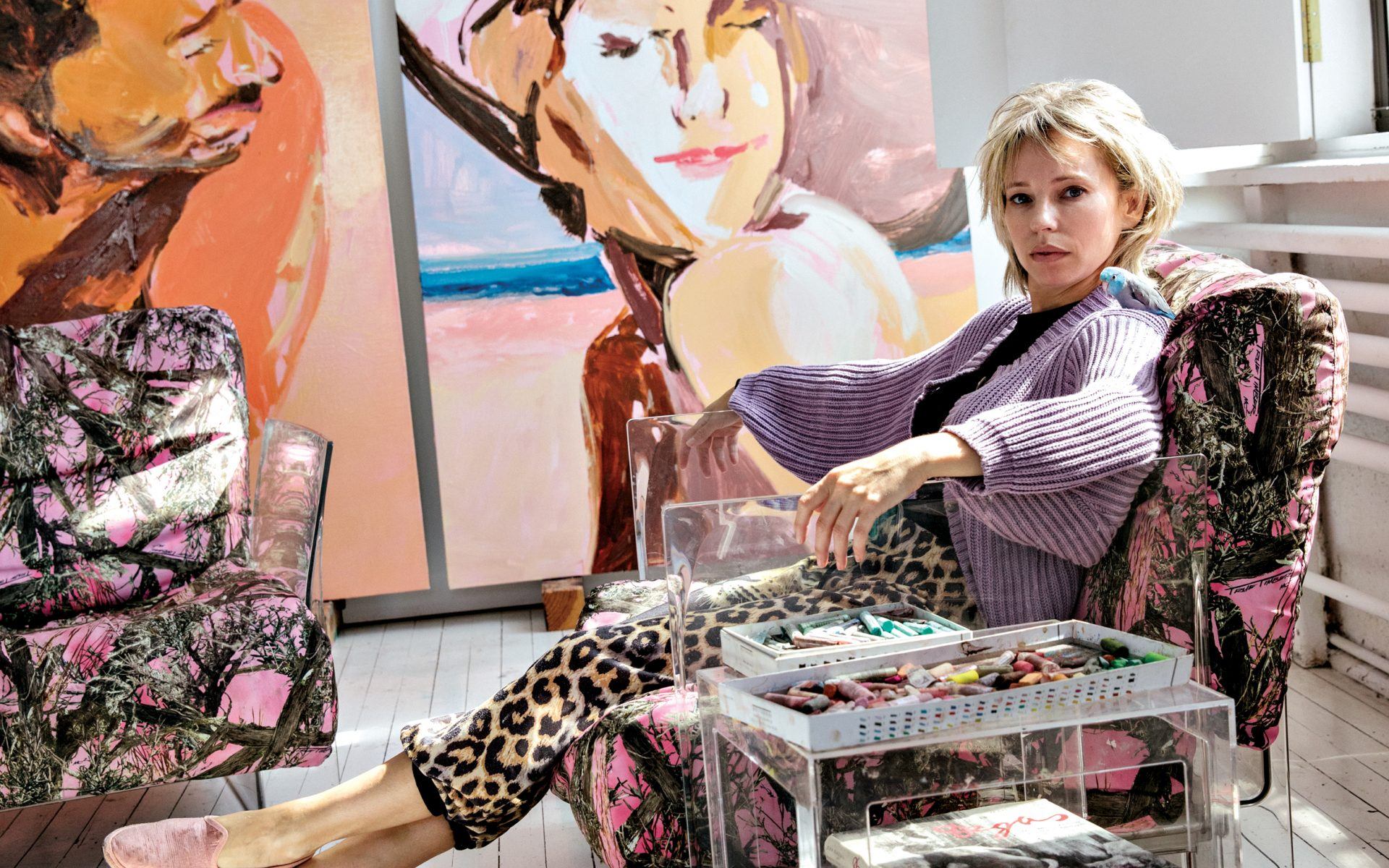 A recent vacation with friends to the Greek islands sparked an artistic outpouring for Nicole Wittenberg. “It was magical,” the New York–based artist says from her airy, light-filled studio in Chinatown. “There’s this feeling when the sun comes up and you step outside and take it all in—it’s just an instant, though, and then it all changes.”

Capturing those fleeting moments is at the heart of Wittenberg’s current practice. “I’ve been drawing from life with pastels, and I’m now working on scaling them up to create large-scale paintings,” she explains. “Translating that intense color into lifelike painting is tricky business.” Recommended: Donna Huanca Is Challenging Patriarchal Power with Her Art For her recent seaside paintings, Wittenberg spent time studying Claude Monet: “He understood the weight of water, how it bounces and how the light reflects off it.” Her overall inspirations, however, are multifarious. “I love a rapid and uncontrollable process, which is something that has always turned me on,” she says. “I look at Munch a lot, who was barely in control of his medium.” Enjoying the freedom that comes from not being tied to a gallery, Wittenberg has participated in a number of dynamic group shows curated by artists such as David Salle and Alex Katz, both of whom are close friends. Next up is an exhibition at New York’s venerable Skarstedt gallery in January with Martha Diamond and Chantal Joffe. With an avid interest in architecture and filmmaking, she plans to try her hand at design architecture and hopes to create film sets in the future. “I became an artist because I really wanted to live a free life.” A version of this article first appeared in print in our 2019 Winter issue in the section On Our Radar. Subscribe to the magazine.