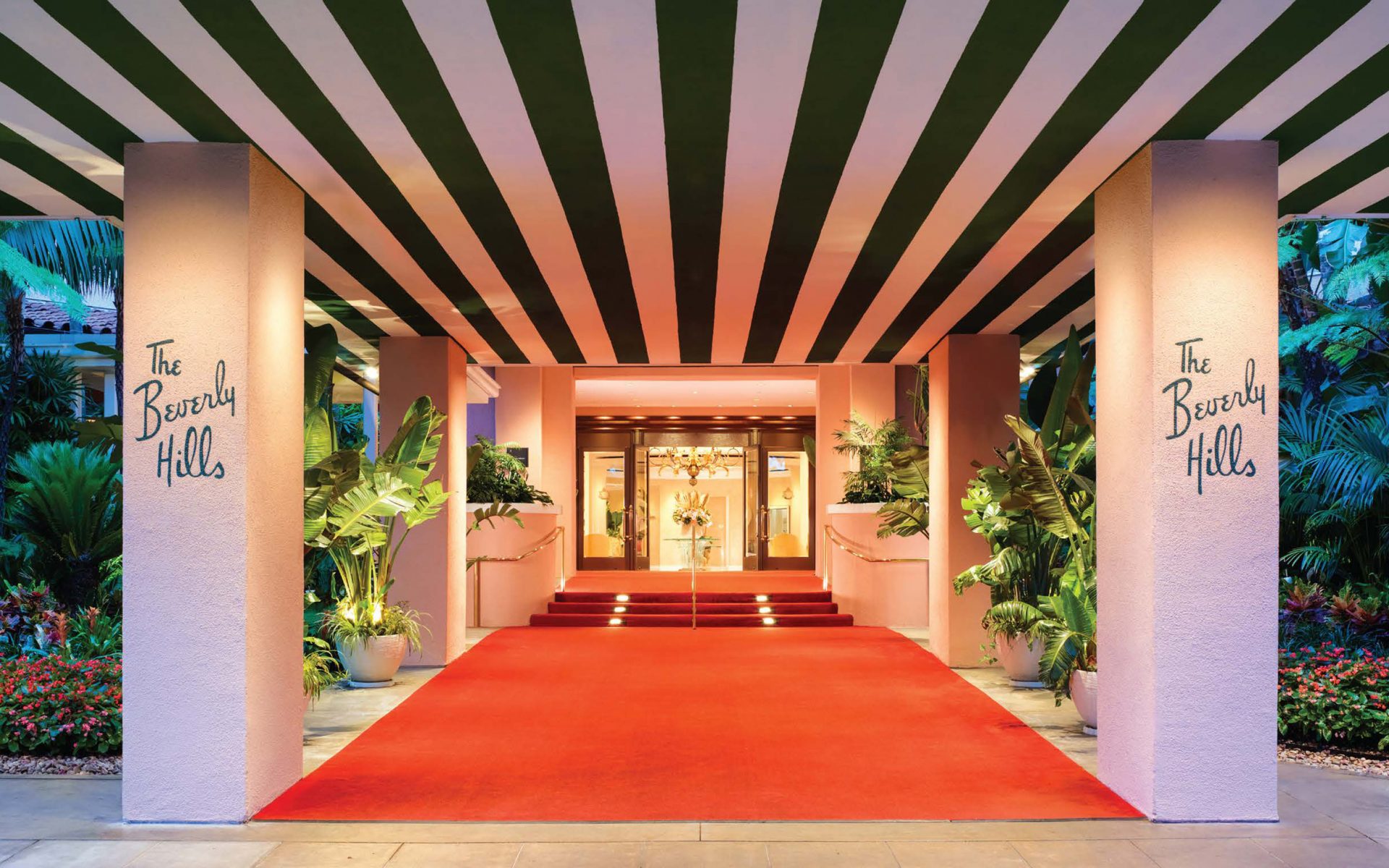 The 9 Most Beautiful Hotels in Los Angeles

From Old Hollywood mainstays to delightfully retro options, here are the best places to stay in the City of Angels

Art-world movers and shakers will soon descend on Los Angeles for the second edition of Frieze L.A., which takes place at Paramount Pictures Studios in Hollywood. Coinciding with the event are a host of other cultural happenings, such as the Art Los Angeles Contemporary, the experimental Felix L.A., and Modernism Week in nearby Palm Springs. Since there’s clearly no shortage of hotel options in Southern California, we’ve rounded up some of the most beautiful places to stay while you’re in town. One of the most storied hotels in all of Los Angeles, the famed Chateau Marmont is known for being a celebrity magnet, having drawn everyone from Howard Hughes to Lindsay Lohan in its 90-year history. The current owner is haute hotelier André Balazs, who spearheaded a sensitive restoration after purchasing the haunt in 1990. Recently joining the hotel’s legendary hot spot Bar Marmont is an intimate new Japanese concept called Chateau Hanare, which has been drawing rave reviews of its own. Nestled on 12 manicured acres in the ritzy enclave of Bel-Air, this Dorchester Collection hotel evokes Old Hollywood glamour, with notable past guests including Bette Davis, Judy Garland, and Audrey Hepburn. (The Spanish mission–style hideaway was even the site of Marilyn Monroe’s final Vogue photo shoot in 1962.) In 2009, designer Alexandra Champalimaud spearheaded a lavish renovation of the lobby and guest rooms, while David Rockwell reimagined the hotel’s Wolfgang Puck–helmed eatery, which attracts A-list clientele. Occupying a prime stretch of Sunset Boulevard, the Beverly Hills Hotel opened in 1912, before the city of Beverly Hills was officially incorporated. Today, the Mediterranean Revival–style accommodation (also part of the Dorchester Collection) features 210 guest rooms and 23 exquisite bungalows, each equipped with a private pool. For a truly opulent experience, see if you can book Bungalow 5, where Elizabeth Taylor spent six of her eight honeymoons. One of L.A.’s best-preserved historic hotels, the Art Deco Sunset Tower Hotel was completed in 1931 and originally known as the St. James’s Club. Current owner Jeff Klein has since rebranded the 81-room property, which recently emerged from a yearlong renovation that added a gym within John Wayne’s former apartment and a spa by famed New York aesthetician Joanna Vargas. Since opening in 1991, the five-star Peninsula Beverly Hills has been providing luxury accommodations (including monogrammed pillowcases) for tastemakers from around the world. Be sure to check out the 195-room hotel’s legendary afternoon tea service with a live harpist, an ultra-luxe spa, and revamped restaurant The Belvedere. Boasting some of the most spacious rooms in Hollywood, the Viceroy L’Ermitage Beverly Hills has been an A-list mainstay since opening in 1975, thanks in no small part to its emphasis on privacy. Whether you’re lounging at the tranquil rooftop pool or unwinding at the lobby bar, you’re bound to see a famous face or two. The pool at the Standard, Hollywood. Photo: Standard Hotel

The now-famous Standard Hotel brand got its start here, with the opening of this boutique Sunset Strip hotel in 1999. The company has since expanded to six locations, but the original remains one of the buzziest places to stay in West Hollywood, with its delightfully retro rooms and undulating balconies surrounding a see-and-be-seen pool court lined with blue Astroturf. Recommended: One of Richard Neutra’s Largest Homes Lists for $4.1 Million The NoMad’s rooftop pool features an elaborate outdoor fireplace modeled after the Orcus Mouth at the Garden of Monsters in Italy. Photo: NoMad Hotel.

The newest hotel on our list debuted last year as the first outpost of the New York hospitality brand NoMad. Occupying a 1922 neoclassical bank building in downtown L.A., the 241-key hotel features lavish decor by designer Jacques Garcia, whose exuberant aesthetic is evident in every space, from the lobby and its beautifully coffered ceiling to the heavenly rooftop pool and its striking sculptural fireplace. Celebrated chef Daniel Humm and restauranteur Will Guidara helm the on-site eatery.