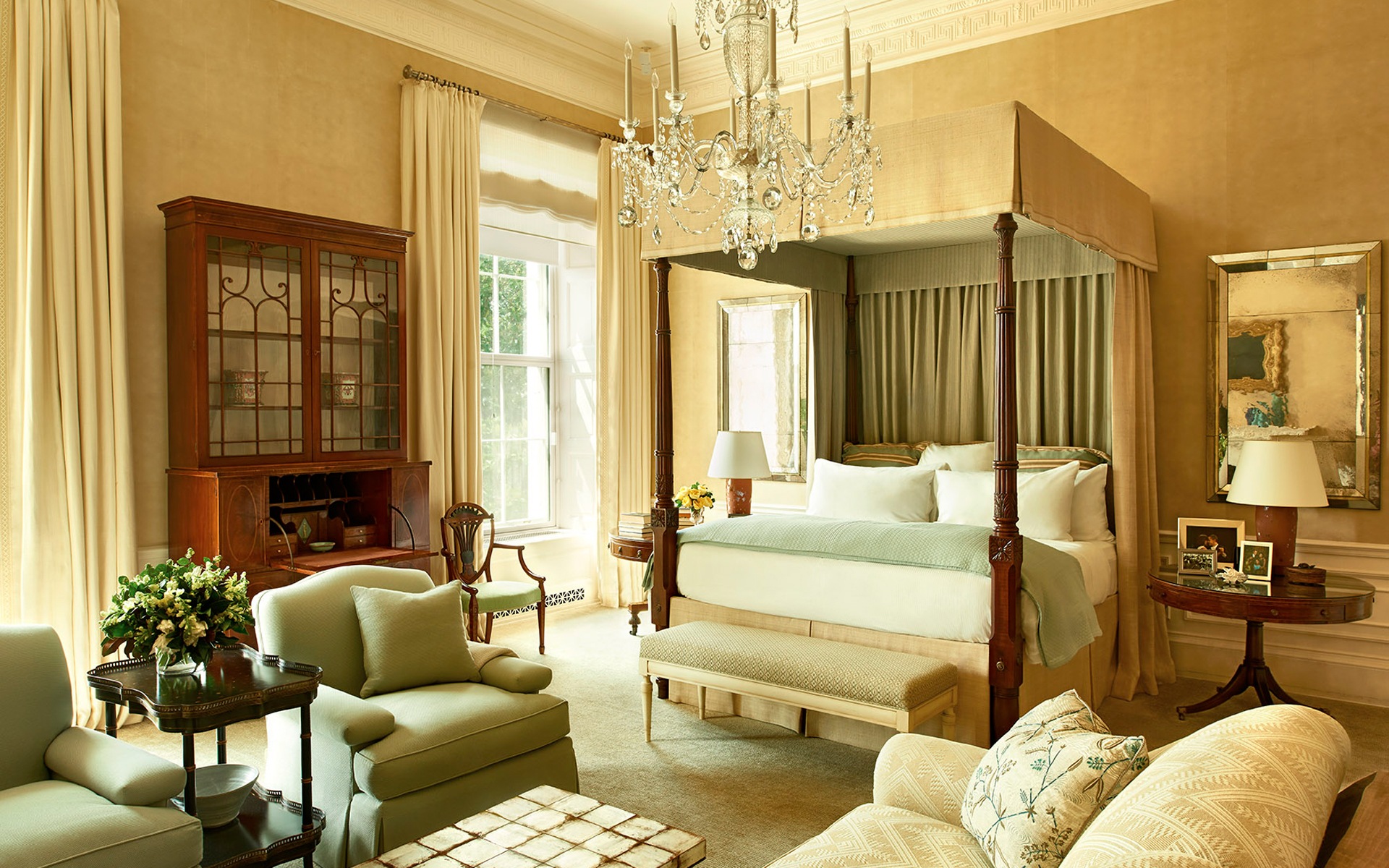 The Main Bedroom offers a sunny view of leafy trees and the wide South Lawn below. The high-post bed is early-19th-century American, and its canopy, curtains, and bed skirt are of a Larsen raw silk.
Photo: Michael Mundy

How Michael S. Smith and the Obamas Transformed the White House 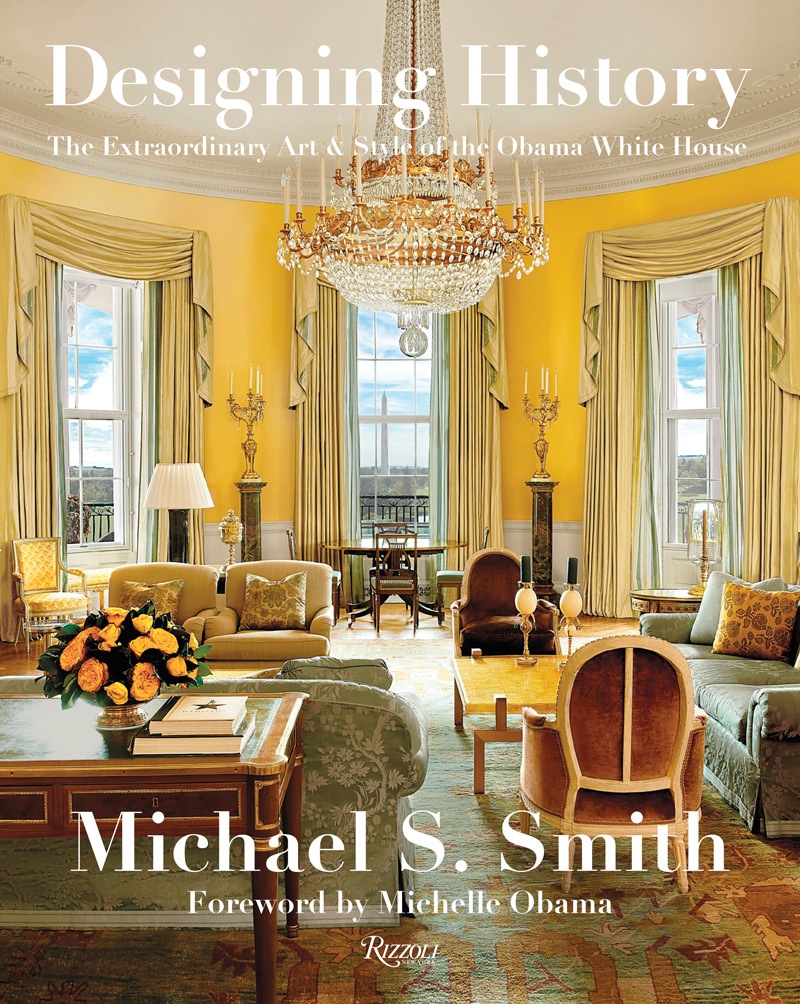 Michael S. Smith is pulling back the curtain on his time as decorator in chief for President Barack Obama with the release of Designing History: The Extraordinary Art & Style of the Obama White House (Rizzoli). For both the executive mansion’s private quarters and public areas, the designer borrowed several large-scale pieces from the National Gallery of Art, including works by Glenn Ligon, Louise Nevelson, Jasper Johns, and Sean Scully.

“The bold works not only set the tone for the design plans we would bring to fruition over the following months and years, but they represented President and Mrs. Obama’s fresh, new vision for what is essentially an extremely traditional house, reflecting their focus on culture and creativity with a more inclusive, diverse point of view,” Smith tells Galerie. “The Family Sitting Room, in particular, was the most expressive of the First Family’s personal taste and served as a template for our mindful blending of historic antiques and architecture with contemporary art and furnishings,” he adds. 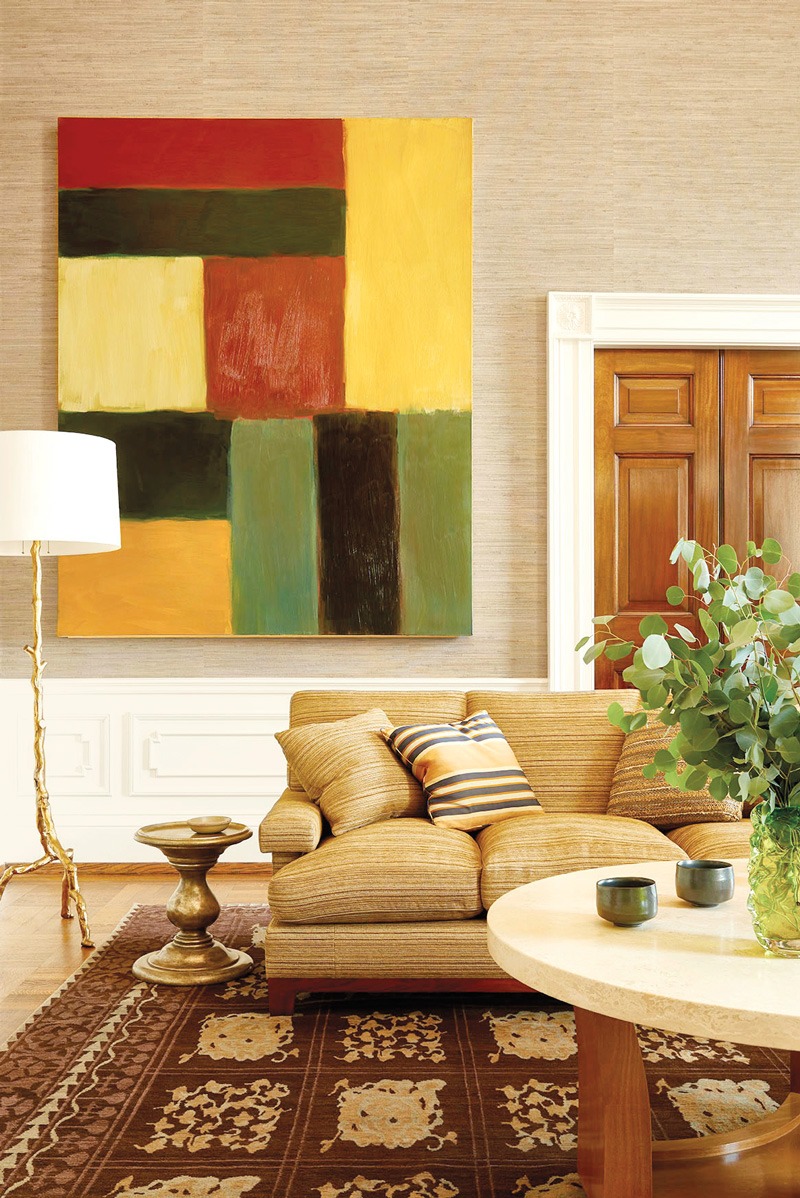 In the Family Sitting Room, Sean Scully’s painting ONEONEZERONINE RED, on loan from the National Gallery of Art, is displayed against a wall clad in a rush-cloth paper by Crezana. The sofa is by Roman Thomas, the side pedestal table and travertine-top table are by Jasper Furniture, and the rug is by Mansour. Photo: Michael Mundy 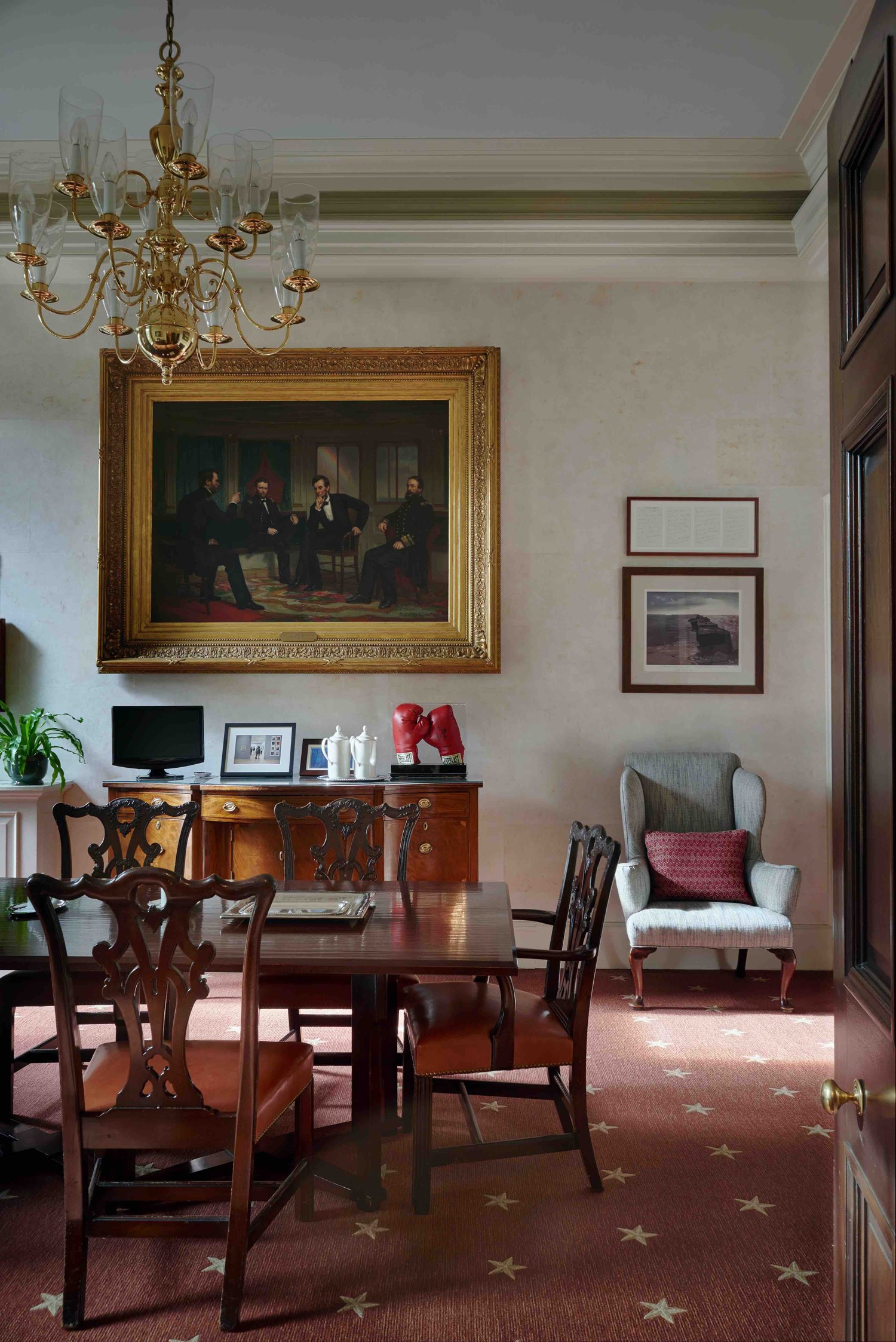 In President Obama’s Private Dining Room, George P. A. Healy’s The Peacemakers, an 1868 painting depicting Civil War peace negotiations, is displayed on the far wall, above a pair of Muhammad Ali’s boxing gloves autographed “to Barack”; to the right are framed notes from a speech by JFK and a seascape painted by Senator Edward M. Kennedy. Photo: Michael Mundy

As illustrated in the book, which features a forward by former First Lady Michelle Obama, each room was given that same exceptional level of detail and thought. Cowritten with Margaret Russell, the tome is organized into chapters detailing the immense amount of historical research that influenced the design choices of virtually every square inch. Smith even chronicles late-night phone calls with Nancy Reagan, who gave him insider tips what to know before he got started. 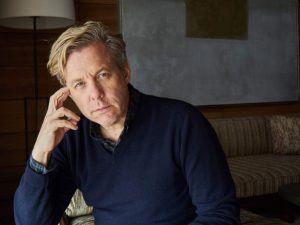 While work is underway on Chicago’s Obama Presidential Center, the book serves not just as an important historical document but as a potent symbol of the transformational power of art and design. 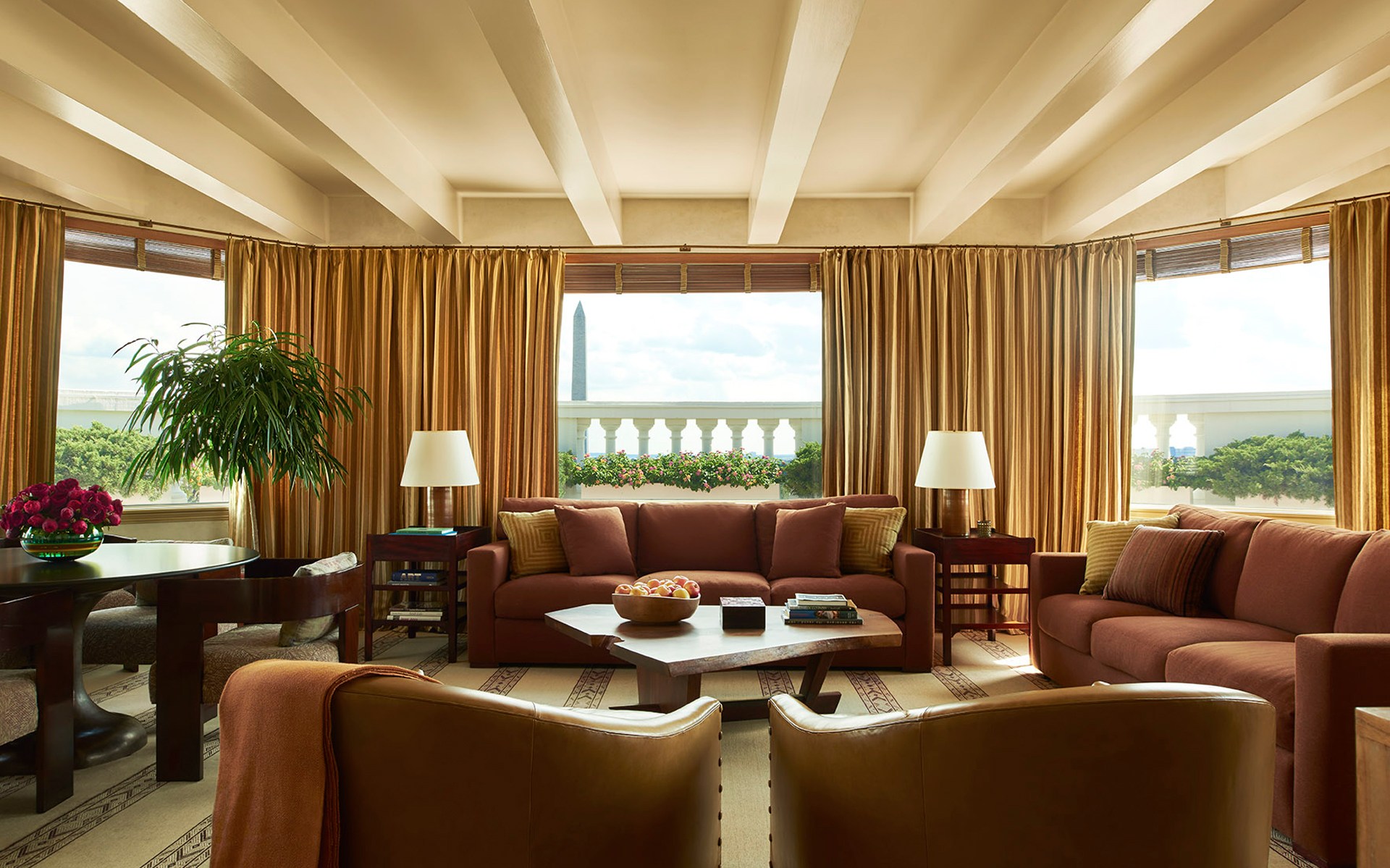 The Solarium is wrapped by windows and faces south, offering a spectacular view of the Washington Monument. Photo: Michael Mundy 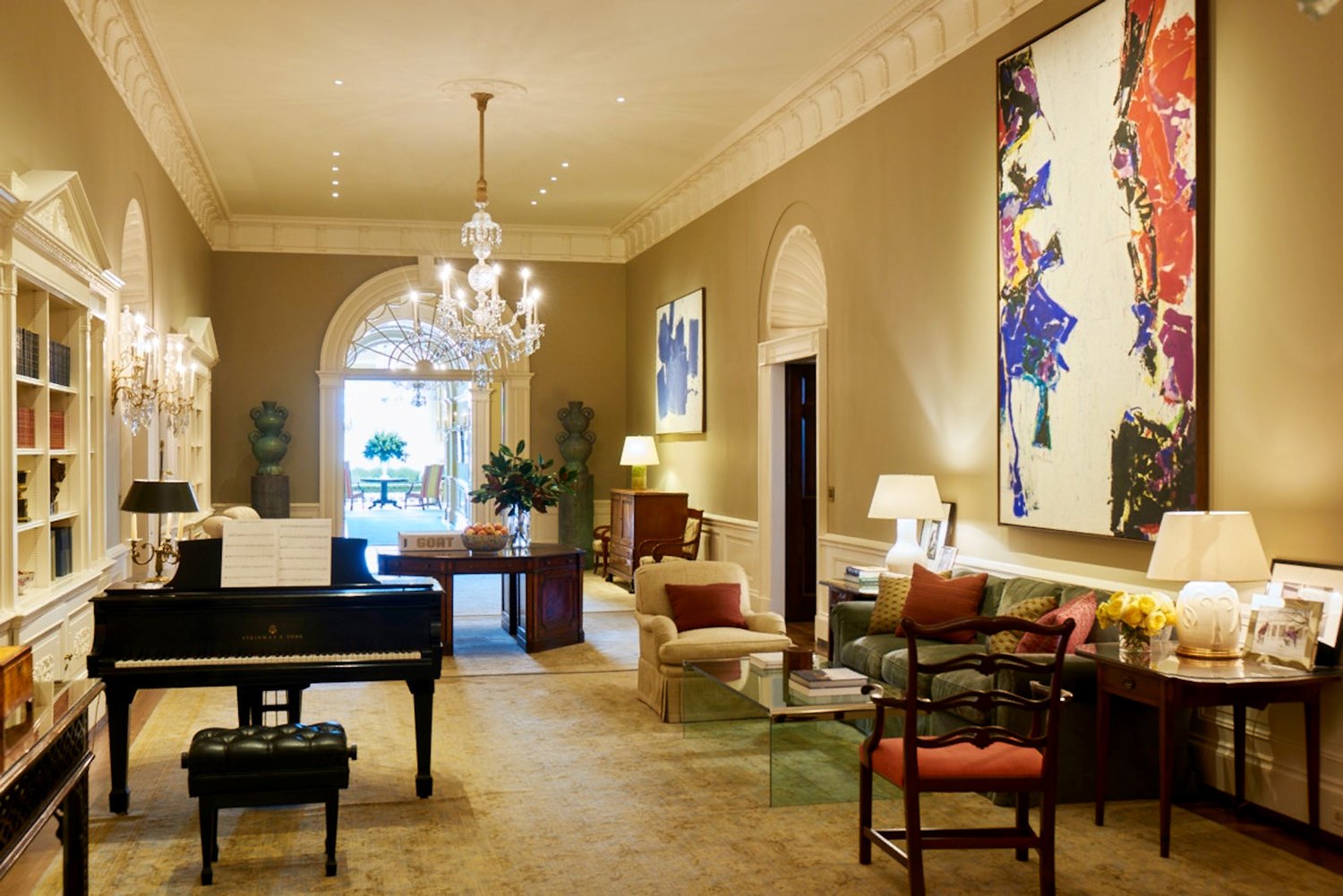 Smith created a few seating areas in the Second Floor Center Hall, using classic 1960s-style upholstery, antiques, and a midcentury coffee table; Hans Hofmann’s Staccato in Blue is displayed on the far wall and White Line, by Sam Francis, hangs in the foreground, both on loan from the National Gallery. Photo: Michael Mundy

A version of this article first appeared in print in our 2020 Fall issue under the headline “The Art of Diplomacy.” Subscribe to the magazine.

Cover: The Main Bedroom offers a sunny view of leafy trees and the wide South Lawn below. The high-post bed is early-19th-century American, and its canopy, curtains, and bed skirt are of a Larsen raw silk.
Photo: Michael Mundy
Next Post