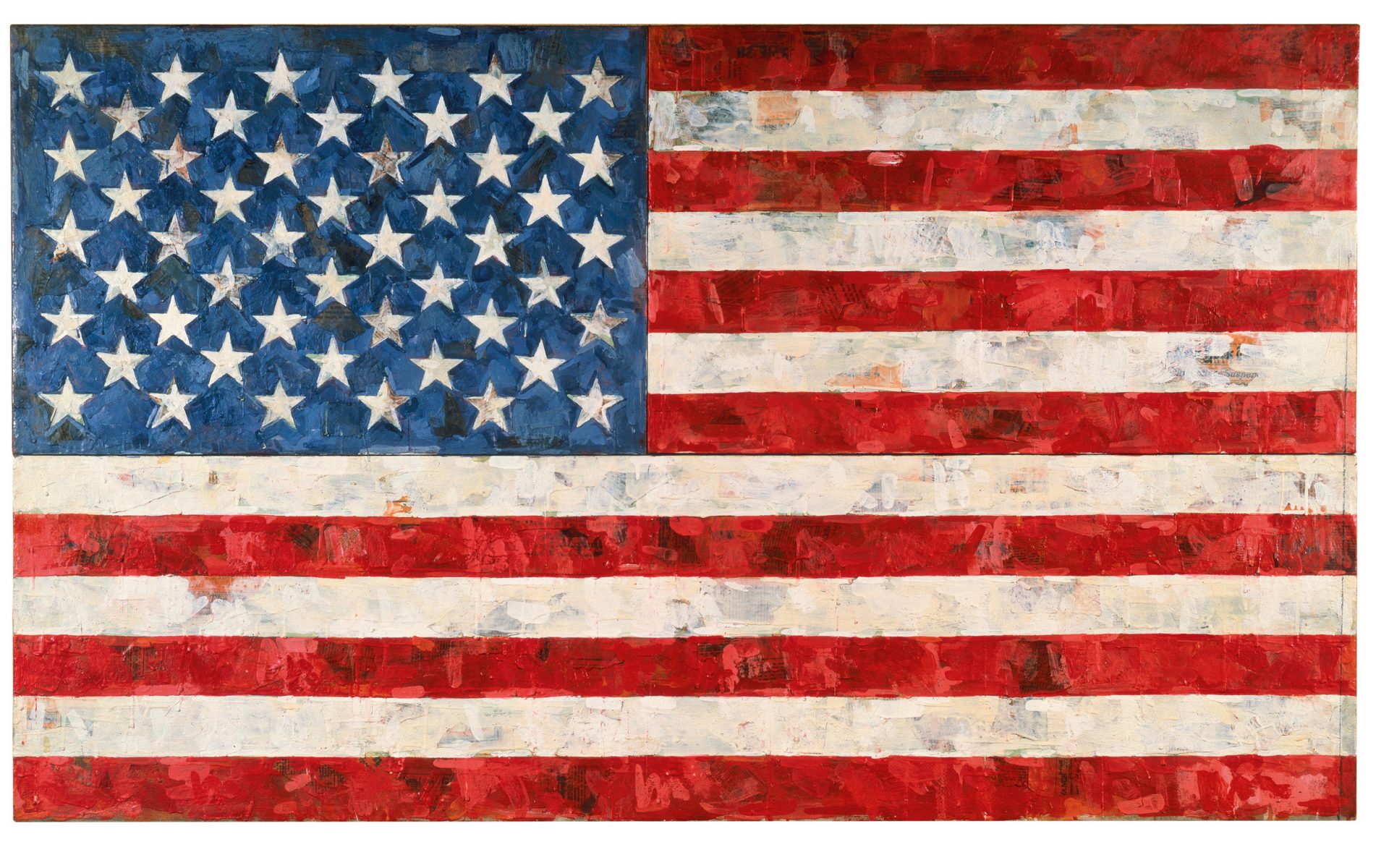 On the opening night of the Broad Museum’s latest exhibition, “Jasper Johns: Something Resembling Truth,” a massive American flag was projected across the expanse of the museum’s facade. According to legend, the idea of painting the American flag came to Johns in a dream in 1954, and from then on it has been an intermittent focus of his six-decade career.

Now through May 13, during the first major survey of Johns in Southern California in the last 50 years, the museum abounds with the artist’s depictions of flags, as well as his signature bullseyes, lightbulbs, and a great many other ordinary, everyday objects. “Those are things that Johns says we see but don’t look at, or don’t examine,” says Broad associate curator Ed Schad, who co-organized the show with Broad director Joanne Heyler and the Royal Academy in London, where the exhibition was on view in last fall. Through Johns’ painting and sculpture, Schad adds, “he slows down the experience of those things and has us look at them.” Now 87, Johns began establishing a new approach to art in the 1950s, interrogating the deeper meanings of quotidian objects and symbols, employing them both as subject matter and studio material. At the Broad, his ruminations on the American flag open the show, with the first gallery featuring his iconic 1958 Three Flags, which comprises three tiers of canvases painted in hot wax. Then there are the barely legible, newspaper-collaged stars and stripes of his monochromatic 1960 White Flag, and the all-grey and green-and-orange duo of his 1965 Flags, among many others. Organized thematically rather than chronologically, the show tracks Johns’s return to these familiar motifs and how his method changed upon each revisit.

The juxtaposition of these different styles, according to Schad, “sends a signal that something different is going on—almost like you’ve seen the flag, but you’ve never seen it like this.” For the length of Johns’s process-driven career, entire other bodies of work emerged between the flags, and the exhibition illustrates both myriad sources of inspiration and a willingness to experiment with fine arts as well as craft materials. In a thematic section titled “In the Studio,” the artist’s tools become the art: beer cans and coffee tins used for mixing paint are immortalized as sculpture; the mop employed as an oversized paintbrush is adhered to a canvas. The section “Seasons and Cycles,” meanwhile, focuses on an inward-looking Johns. The titular four-painting series “Seasons,” 1987, is one of his most famous works, depicting a faceless shadow at different stages in life, surrounded by in various symbols: Mona Lisa, sculptural vessels, falling snow. Throughout Johns’s career, these symbols are rife with meaning, but mainly open to interpretation. Famously elusive, he’s disinclined to pinpoint correlations between his work and the events of his life. Johns, perpetually seeking “something resembling truth,” encourages us to contemplate what meaning lies below the surface.

“Jasper Johns: Something Resembling Truth” is on view at the Broad Museum in Los Angeles through May 13.