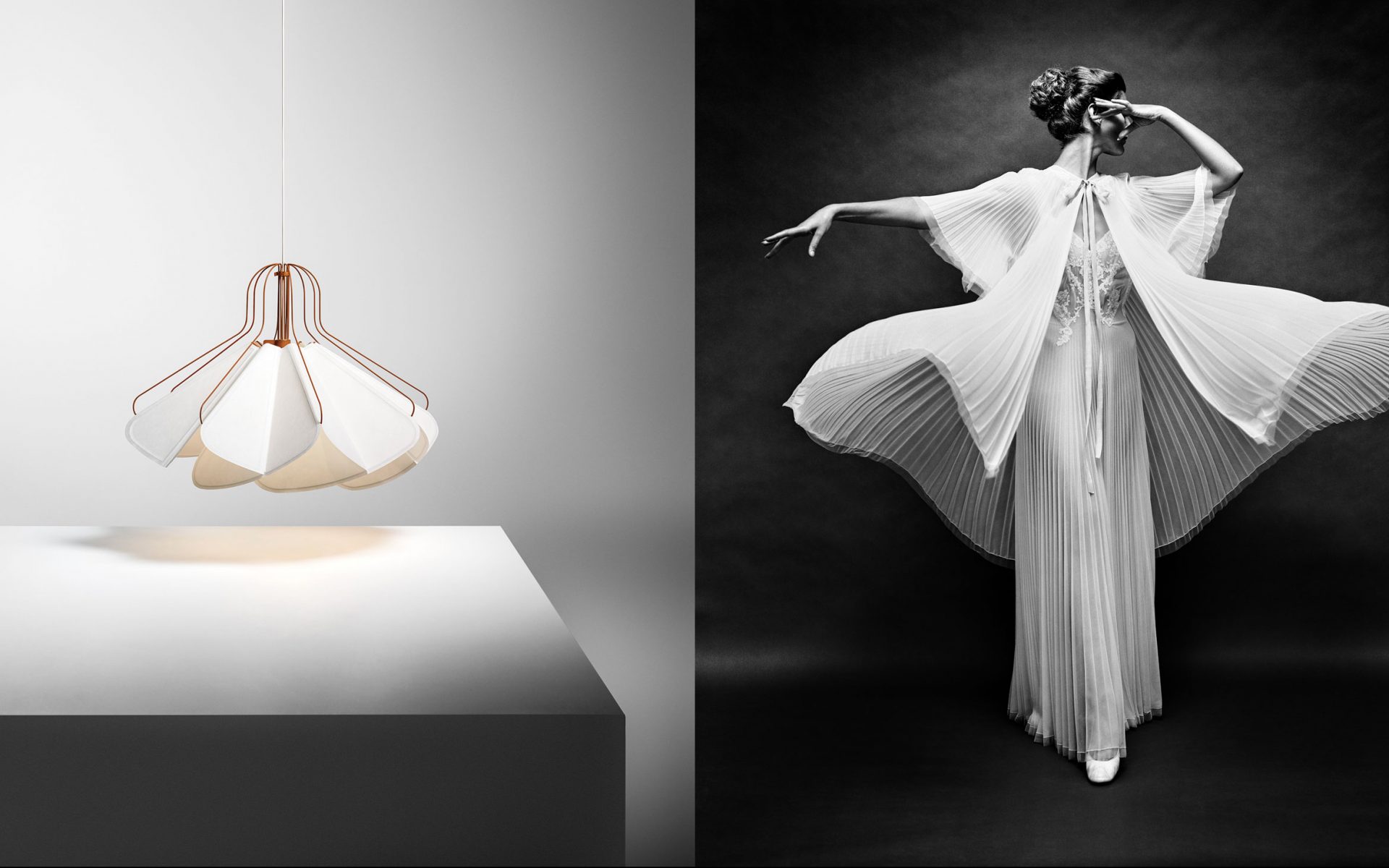 From Atelier Swarovski to Marilyn Minter, these pairings exemplify how art, design, and fashion converge in the most spectacular ways Right: Challenging contemporary notions of beauty by fusing the glamorous with the grotesque, American artist Marilyn Minter created the 2012 photo-realistic painting Big Bang as part of a series that captures models traipsing around in designer heels as seen through a filter of broken glass and dripping water. Left: Dissonant layers of delicate fabrics and moody patterns electrify Prada’s science-fiction-driven fall/winter 2018 collection, originally presented on the runway in the Rem Koolhaas–designed extension of the Prada Foundation in Milan. Photo: Courtesy of Prada; Courtesy of Marilyn Minter Studio A version of this article first appeared in print in our 2018 Fall Issue under the headline Life Imitates Art. Subscribe to the magazine.