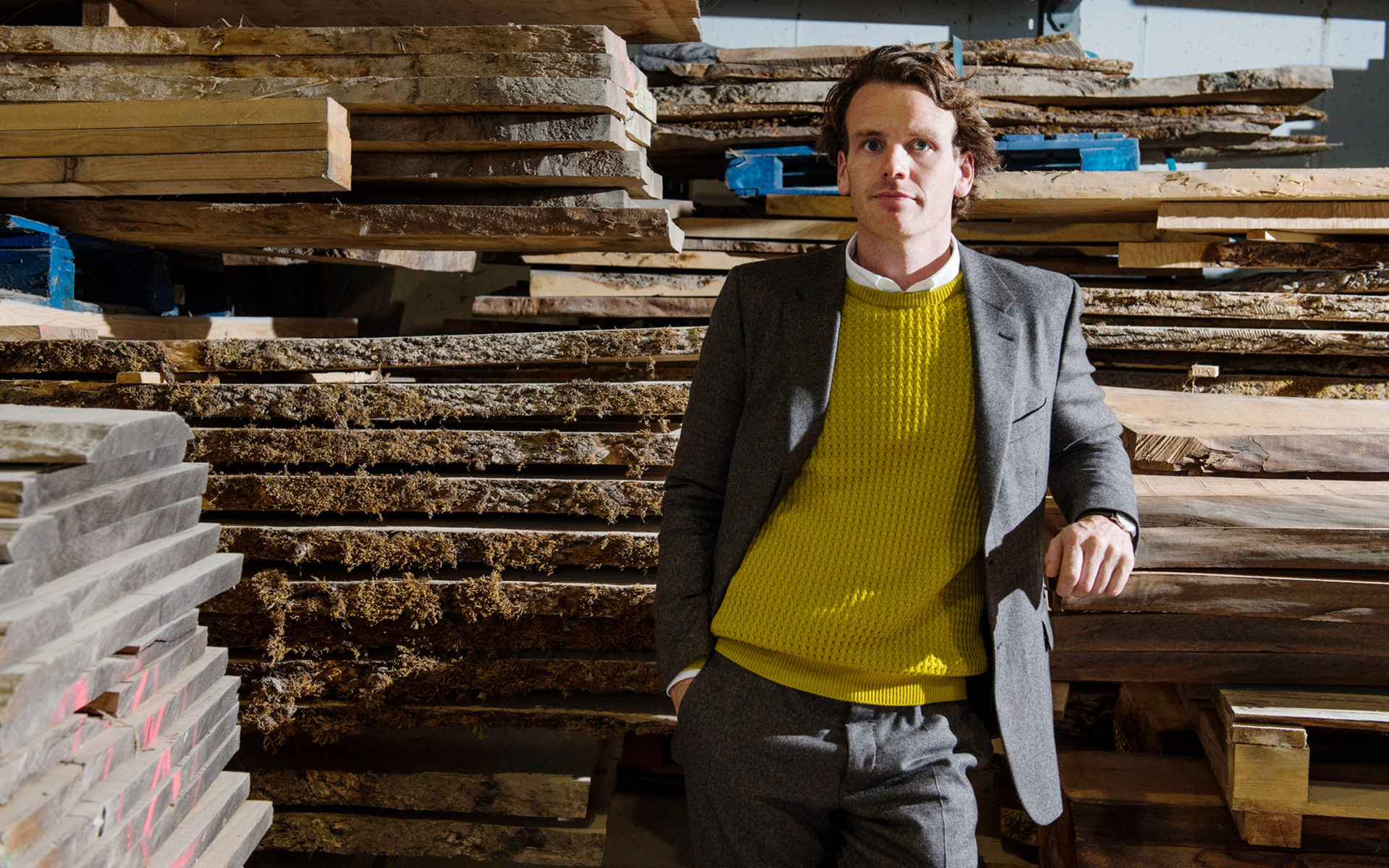 Despite his use of traditional carving techniques, the Irish designer’s organic pieces are anything but rustic Joseph Walsh has always found inspiration in nature. The self-taught designer and woodworker grew up on a farm near Kinsale, in southwest Ireland, where he began carving at the age of eight. These days his breathtaking sculptural furniture and objects, typically rendered in whirls of ash or walnut, can be found in

the collections of the Centre Pompidou, the Cooper Hewitt design museum, and the National Gallery of Ireland, where he recently unveiled a towering sculpture commissioned for a refurbished interior courtyard. “My appreciation of the landscape of rural Ireland has had a meaningful influence,” says Walsh, who counts artist Olafur Eliasson, choreographer Pina Bausch, and architect Peter Zumthor among his inspirations. “I love the stories that natural materials tell, like history books, as you carve into them, revealing textures and defects in wood, fossils in stone.”

Despite his use of traditional carving and joinery techniques, Walsh’s organic pieces are anything but rustic, with their futuristic, gravity-defying geometries. A studio staff of 17 helps him realize his designs, most of which start out as sketch models in the same material as the final piece. Pushing the team’s technical skills further, Walsh has begun venturing into larger and more structurally complex creations that approach the scale of architecture. “The idea is to create immersive pieces that transform space,” he says. Private commissions have included sculptures for a residence in Mumbai and a family chapel in Verona. Walsh recently made this table and set of chairs for a Paris residence. Photo: Andrew Bradley. Courtesy of Joseph Walsh Studio

Still, the heart of Walsh’s work remains his furniture. Pieces from the collection he created for London’s Sarah Myerscough Gallery were among the stars of this fall’s Salon Art + Design fair in New York. For the Duke and Duchess of Devonshire, longtime clients, Walsh recently crafted a wood table and two dozen chairs for a dining room at their iconic ancestral home, Chatsworth House. “We were able to create 24 individual sculptures that happen to be chairs,” he says. “Each one is completely unique.” Lately, Walsh has been experimenting with materials other than wood, including designs in marble fused with resin and new takes on the centuries-old medium of cast bronze. “Our work,” the designer says, “is not about breaking with tradition but building on it.” josephwalshstudio.com One of the largest works Joseph Walsh has created is his free-form sculpture Magnus Modus seen at the National Gallery of Ireland. Photo: Andrew Bradley. Courtesy of Joseph Walsh Studio A pair of chairs he recently made for a Paris dining room. Photo: Courtesy of Joseph Walsh Studio One of Walsh’s cabinets. Photo: Courtesy of Joseph Walsh Studio Walsh at work on one of his creations. Photo: Andrew Bradley. Courtesy of Joseph Walsh Studio