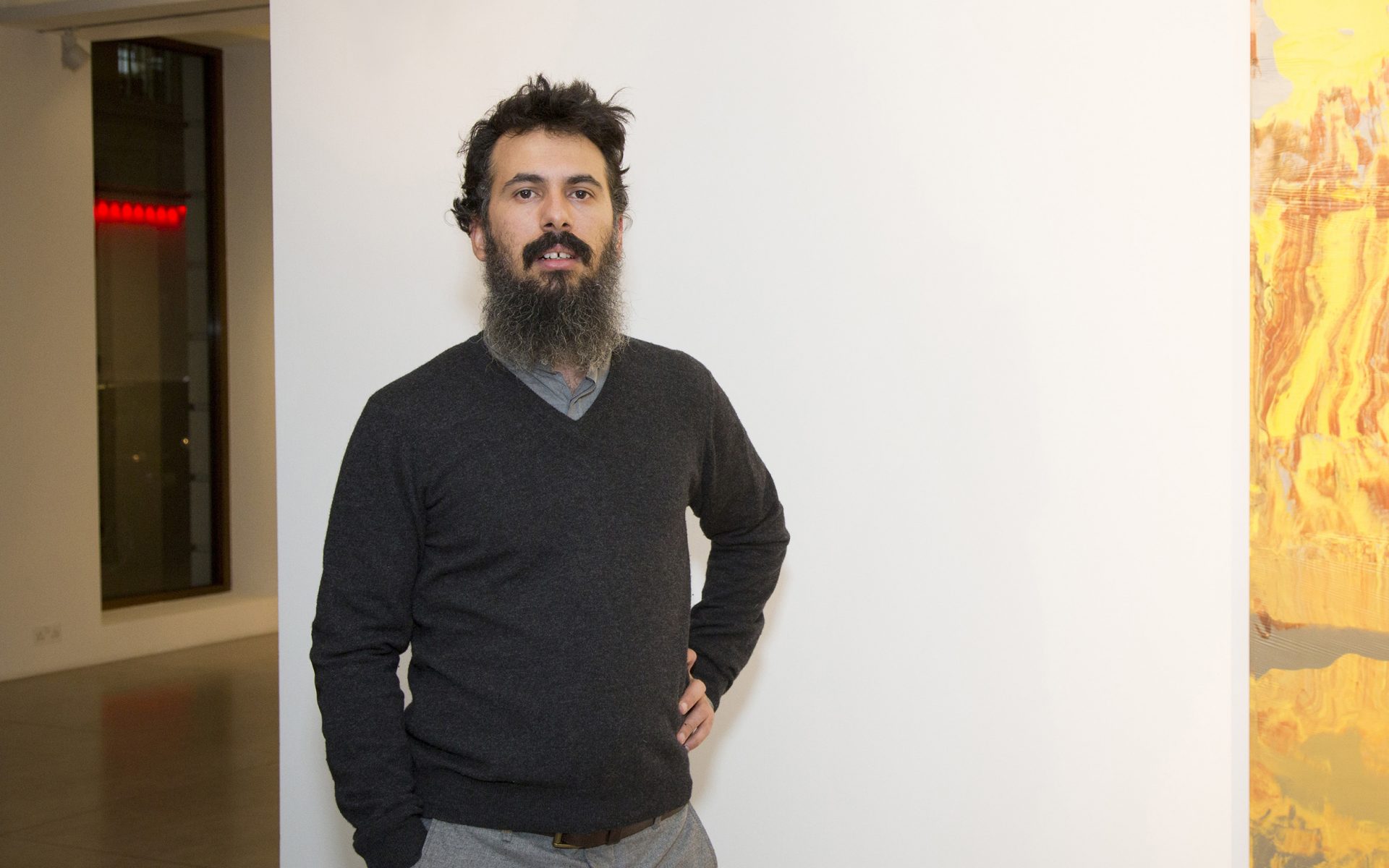 The wondrous beauty of nature takes center stage in José Yaque’s sublime paintings and intriguing sculptures. Part of an exciting new generation of Cuban artists, he creates lush canvases that resemble molten rock, layers of the earth’s crust, or even aerial views of a landscape. His technique is singular: He mixes and applies paint thickly with his hands and covers it in plastic before slowly maneuvering the sheet across the surface. “There is a performative aspect in my process,” he says, “and the works are the result of the relationship between my body, the painting, and nature.”

Yaque’s installations, meanwhile, quite literally bring the outside world in, as he transforms galleries with earth, stones, and mineral components. He presented 3,000 glowing glass bottles filled with plant residue to reveal varying stages of decomposition at Art Basel Unlimited in Switzerland this past summer. The alchemist-like laboratory was one of the most talked-about works at the fair. (An earlier version caused similar buzz at the Cuban pavilion of the 57th Venice Biennale.) It’s shaping up to be a busy year for the Havana artist, who is represented by Galleria Continua and David Gill Gallery, as he prepares for the highly anticipated 13th Havana Biennial next spring. “There is a new wave of contemporary Cuban art making itself felt,” Yaque says, “and I am proud of this new moment.”