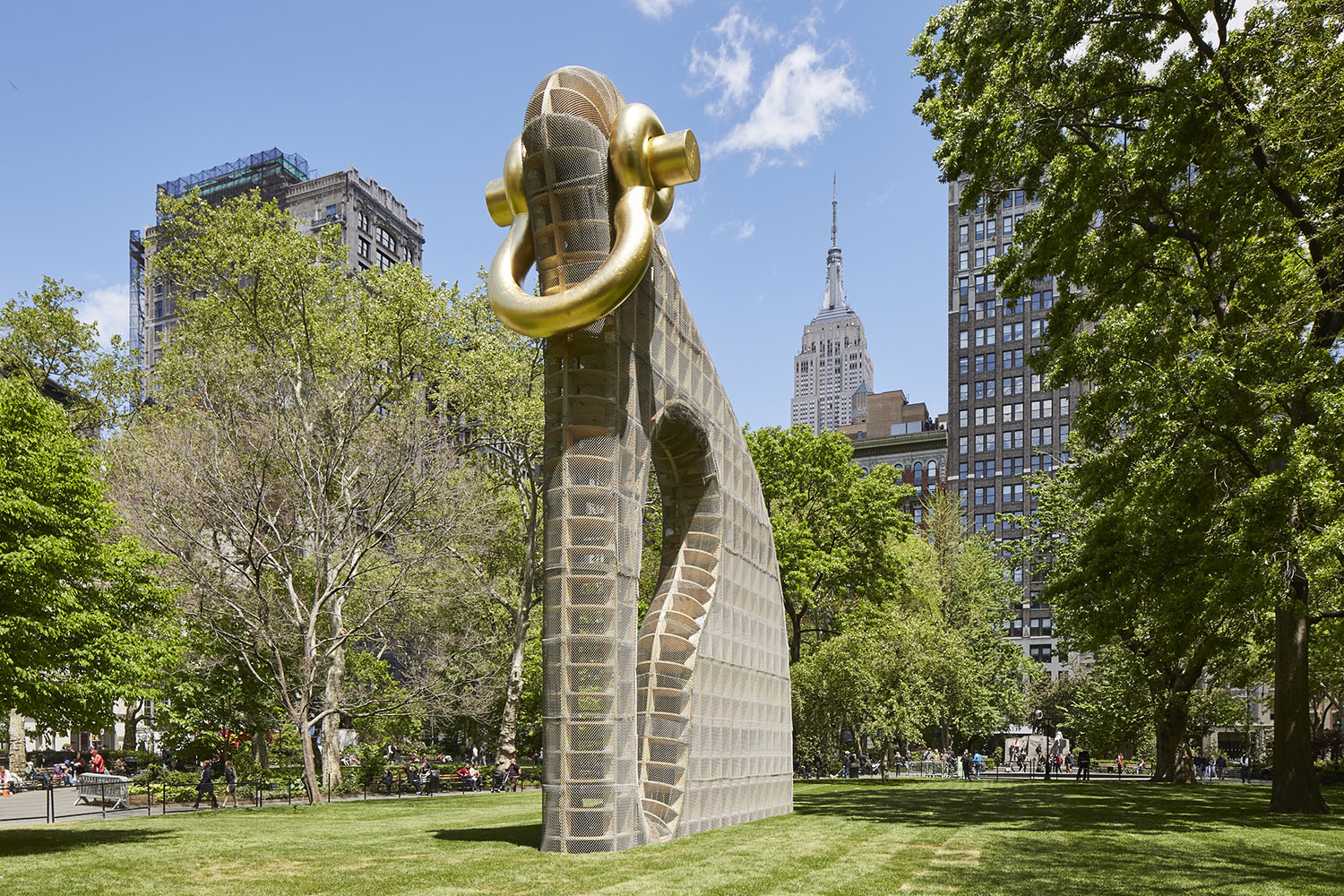 It was confirmed this morning that artist Martin Puryear has been chosen to represent the United States at the 2019 Venice Biennale. Puryear, a recipient of the National Medal of the Arts and a MacArthur Foundation Fellowship, has received wide renown for his subtle, exquisitely crafted wood sculptures, many of which were showcased in a retrospective of his work at the Museum of Modern Art in 2007. The selection of the 77-year-old artist marks the second time in a row that an African-American artist (in 2017, it was Mark Bradford) has been chosen to represent the United States.

News about Puryear’s selection was first reported by ARTnews and New York magazine’s senior art critic, Jerry Saltz, who took to Twitter to declare his prediction:

Call me Deep-Criticism; or a lean cat.
I glean in the tea-leaves for the next American Pavilion at next Spring’s Venice Biennale:

Recommended: How Artist B. Wurtz Found His Groove with This Playful Public Commission

“Martin is one of the most important artists working today,” Brooke Kamin Rapaport, Madison Square Park Conservancy’s deputy director and senior curator, told the New York Times. “His work confronts contemporary issues, and he has by now influenced generations of artists in our country and internationally.”

In honor of the sculptor’s selection, here’s a closer look at a few of his most famous works. A multitier wood structure wrapped in fine chain-link fence with a gold-leaf shackle anchored near the top of the structure, Big Bling is the largest temporary outdoor sculpture Puryear has created. The statue spent just under a year as a public art installation in New York’s Madison Square Park, before traveling to Philadelphia and then the Massachusetts Museum of Contemporary Art. A large sculpture made of red cedar painted a vibrant red, Big Phrygian was inspired by the shape of the Phrygian cap, a soft conical cap with the top pulled forward, which was a symbol of liberty during the American revolution. When the piece debuted at Matthew Marks in 2014, Puryear said that partly inspiring the work was the discovery of a French engraving from 1794 (the year the country abolished slavery) featuring a black man wearing the red Phrygian accompanied by the phrase “I too am free.” This sculpture features two found wheels that carry a wooden cube and a long harness pole. Filling the interior of the cube is a white sphere painted halfway around, with a dark, semitranslucent glass disk inserted into the sphere, an effect meant to evoke an eye. The eye is, notably, peering out the back of the cube, blind to what’s happening ahead.

Using forced perspective, the work, pictured in the above image in Jerry Saltz’s Tweet, has the illusion of continuing much farther than it actually does. Puryear began by splitting a 36-foot-tall ash tree and using the two halves of the tree as the side rails of the ladder. Connecting them with rungs made of maple, the ladder balances atop a towering wall, leaving the bottom floating suggestively off the floor. In the catalogue for his MoMA retrospective, Puryear said that the name of the work came from a connection he saw in its finished state to “the kind of gradual, illusory notion of upward progress that [Booker T.] Washington encouraged blacks to adopt in the 19th century against an overwhelming set of obstacles to our advancement.”