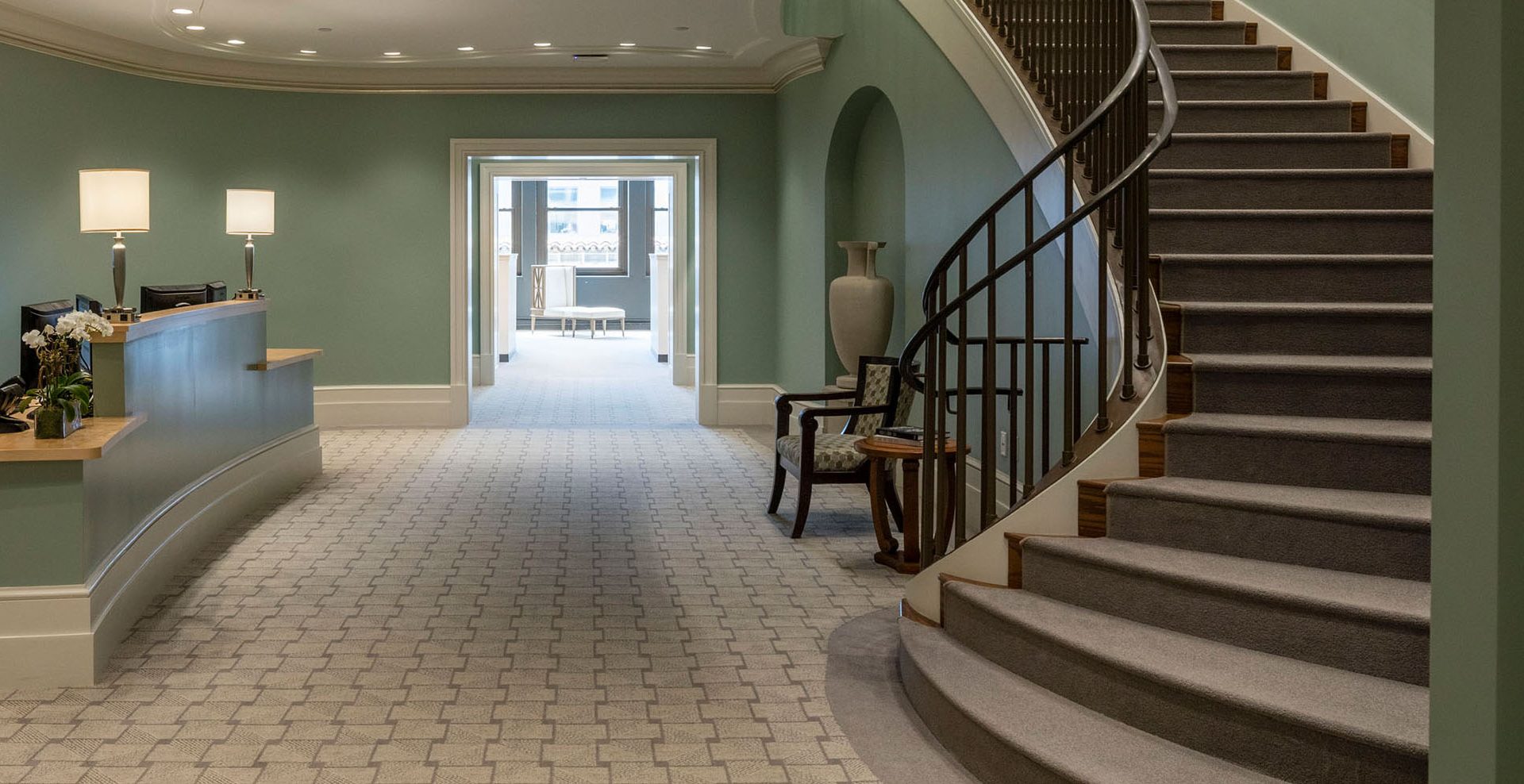 “I like to be right in the middle of things,” says prolific New York architect Robert A.M. Stern, referencing the location of his personal office within his firm’s buzzing new Manhattan headquarters. “It’s open and in the line of circulation,” he explains. “I took the idea from Paul Rudolph.”

Stern knew Rudolph well, having studied under the late modernist at the esteemed Yale School of Architecture in the 1960s, when Rudolph was the dean. In 1977, the young architect founded his own practice, Robert A.M. Stern Architects (RAMSA), and built a reputation for creating stately residences in wealthy enclaves, like the Hamptons and Martha’s Vineyard. The company has since completed scores of elegant structures, including courthouses and museums, tapping an eclectic playbook that encompasses everything from Shingle style to postmodern. (He once even described a Connecticut residence as a “neo-Palladian Regency Art Deco farmhouse.”) Stern purposely placed his own office “right in the middle of things.” Photo: Peter Aaron/Otto

Two recent projects that have drawn acclaim are 15 Central Park West, the limestone-clad luxury residential tower that opened in 2008, and the George W. Bush Presidential Center, a ravishing 200,000-square-foot complex that was christened in 2013 just outside of Dallas. Many more projects are in various stages of development, such as 520 Park Avenue, Zeckendorf Development’s 64-story residential building, which is nearing completion on the Upper East Side. As a result of this continued success, today the firm employs some 270 people.

“The reason we left our previous location was that our staff had grown over time,” Stern tells Galerie, “and we kept taking more space on different floors.” At the new building, One Park Avenue in midtown, the firm occupies the entire 16th and 17th levels, encompassing 62,000 square feet and a private wraparound terrace. Across the street is Ely Jacques Kahn’s Art Deco masterpiece, Two Park Avenue, which provides a vibrant backdrop for nearly every window. “What a joy it is to look out to the polychrome façade that almost anticipates the Broadway Boogie-Woogie phase of Piet Mondrian ten years later,” says Stern. “The heart of the office in each previous location has been a library, which is the symbol—but also the working core—of our approach,” says Stern. Photo: Peter Aaron/Otto

Here, as in each of the firm’s previous three locations, Stern has “strived to combine the loftlike, studio-like character of an architecture school with spaces more consistent with the figural scale that remains at the core of our design principles. We keep the studios open and encourage people to walk around and see what other people are doing. A key principle of the design of this office is the juxtaposition of aesthetic formality with informality. It’s as though we have a classical villa inside a 21st-century loft.” On arrival, guests are directed to the 17th floor, where Stern’s office is perched near a large conference room and an expansive library, the latter of which forms the heart—and working core—of the office. “The library here is bigger than the ones we’ve had before,” remarks Stern. “We’ve learned from staff who value libraries as social spaces—places where they can work collaboratively with books and sketchpads.”

Downstairs, Stern has dubbed a flexible and significant space as the “war room,” where the team is able to shape the kinds of spaces that are needed on an ad hoc basis. “Our war room stretches from one side of the building to the other, with rolling partitions that allow us to form bays of varying sizes as a project grows or nears conclusion,” says the architect. “It’s located next to the model shop, so the modelmakers and the designers can work together.” Thanks to the refined, thoughtful design, there’s a palpable synergy in the office, no doubt a major factor in the firm’s ongoing success. Even though Stern has become one of the country’s most well-known architects, he hasn’t lost sight of what made him a star in the first place. “Yes, our principal job is to design buildings to the highest standard and perhaps even make some money,” he admits, “but we also strive also to provide all of us—partners and staff alike—with the opportunity to stretch our minds within the field of architecture.”