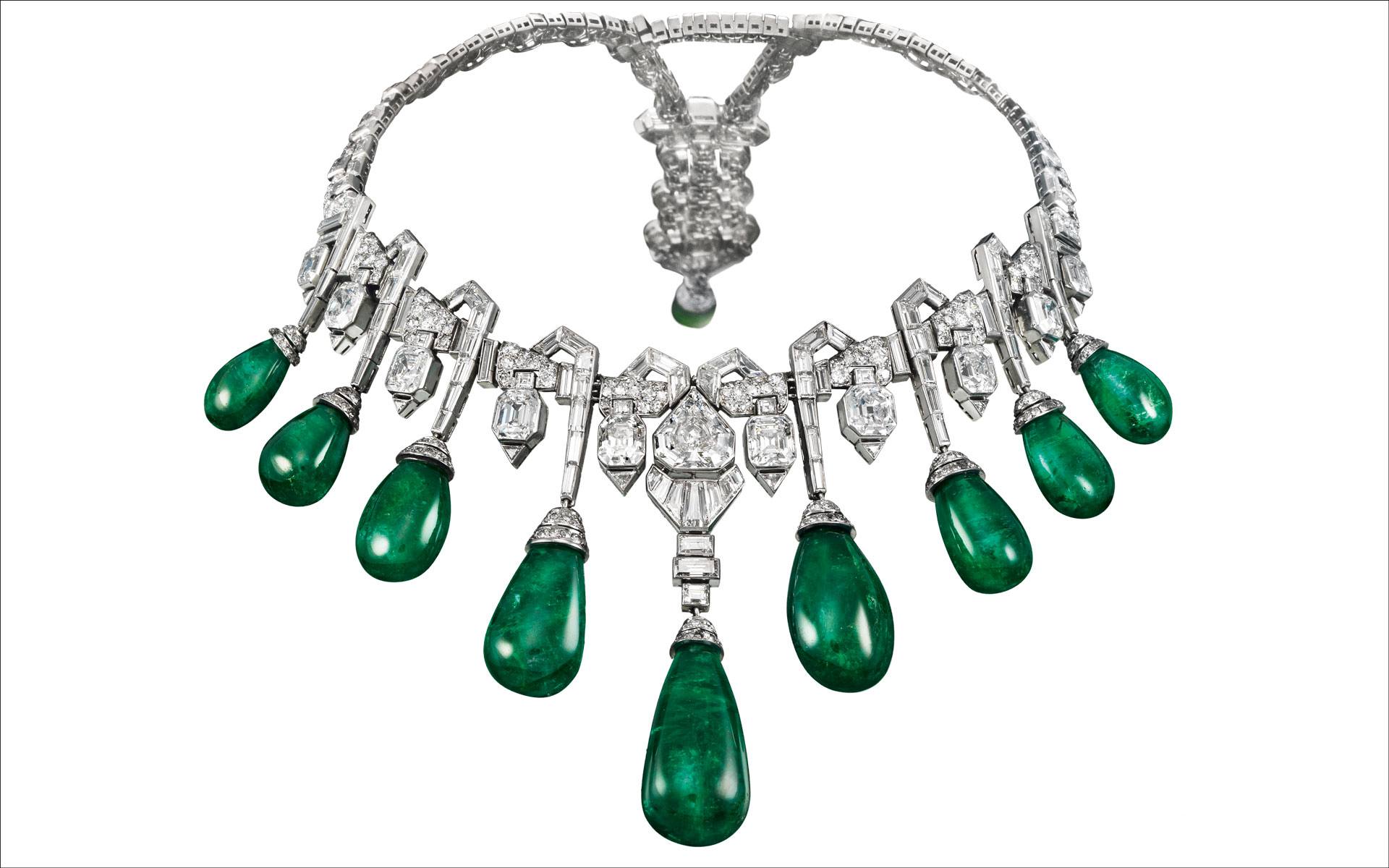 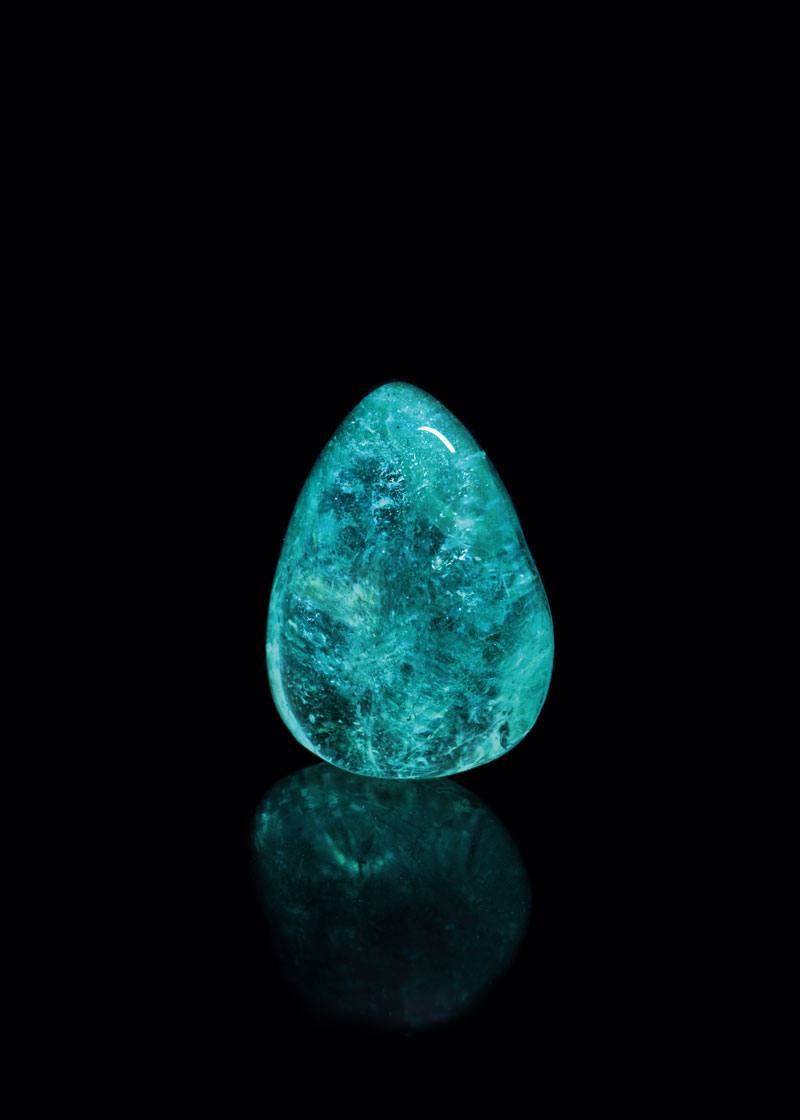 A 65-carat tourmaline from Mozambique polished into an asymmetrical drop from the collection of Van Cleef & Arpels. Photo: © MNHN/François Farges from "Gems" (Flammarion) 2020.

Science, mineralogy, and jewels collide to astounding effect in a new exhibition by Van Cleef & Arpels in partnership with the National Museum of Natural History in Paris. The show, titled “Pierres Precieuses,” or “Gems,” was originally scheduled to open in the spring but was forced to postpone due to COVID-19. Opened on September 16 and on view through January 2021, the exhibition features more than 300 pieces from the Van Cleef archives, institutions, and private collections.

“Every stone has a soul of its own,” Claude Arpels, one of the Van Cleef & Arpels brothers who was at the helm of the maison in 1940s, once said. This ambitious presentation celebrates the evolution of minerals from a scientific point of view, as well as the savoir faire of the craftsmen that have been transforming what were essentially chunks of rock formed billions of years ago into the magical, dazzling creations we adorn ourselves with today. A handsome compendium to the exhibition, titled Gems (Flammarion), created under the direction of curator and renowned professor François Farges, features vibrant close-up details of the gems (some published for the first time) and jewels and is sprinkled with insightful details by more than 25 mineralogists, scientists, and specialists. 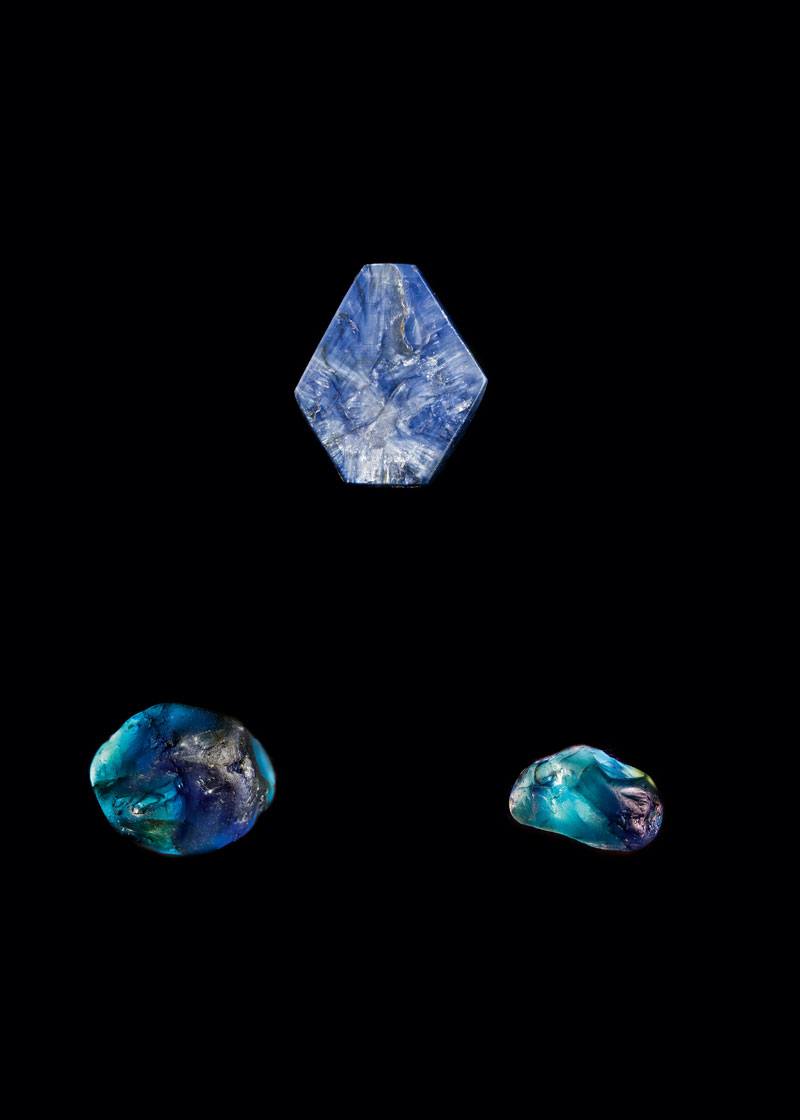 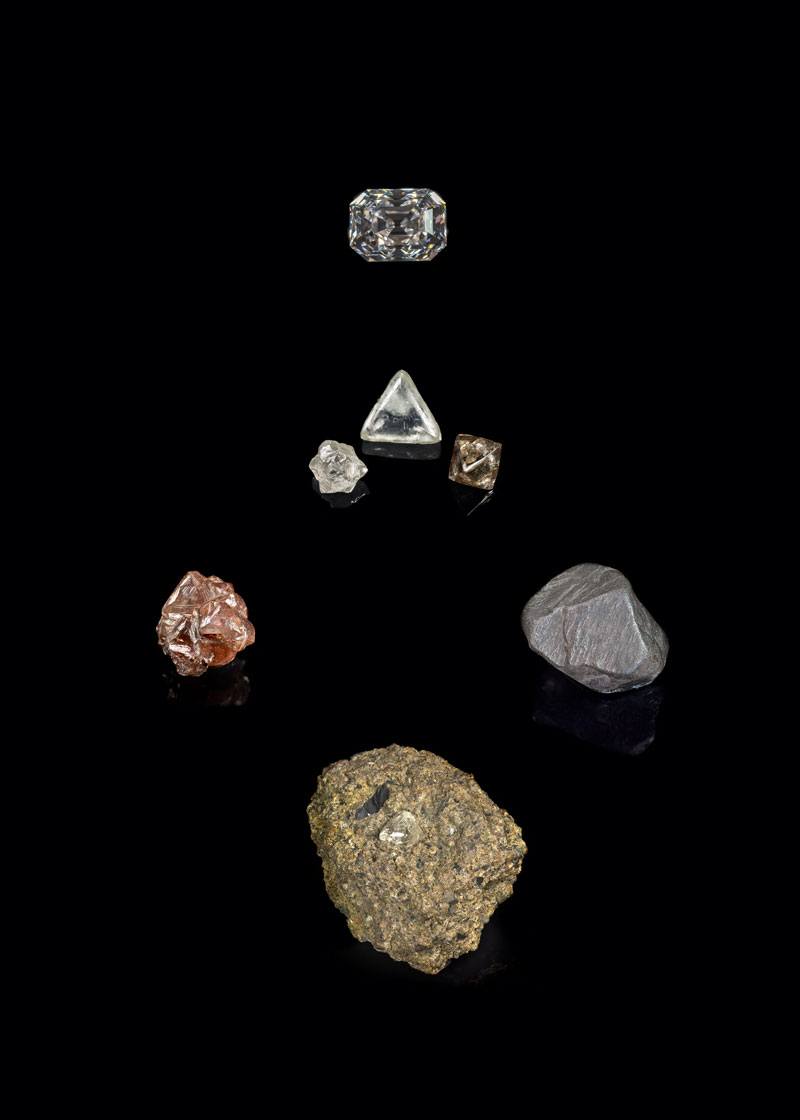 Structured in three parts, the exhibition begins with Histories of the Earth, which explores the original formation of minerals and their use in society. The second section is perhaps the most fascinating: Minerals to Jewels, which offers insight into the natural phenomena that takes place in the depths of the earth and how it affects stones, rocks, and crystals. The transformation into jewelry is then revealed in 40 thoughtfully curated vignettes with diamonds, topazes, emeralds, aquamarines, and more presented side by side as raw minerals, cut gemstones, and high jewelry. Finally, taking into account the storied French tradition of jewelry, the third section looks back on the historic, scientific, and artistic significance of Paris by spotlighting such talents as Jean Vendome, who was considered the founding father of contemporary jewelry.

Below we share some fascinating stories behind the gems. 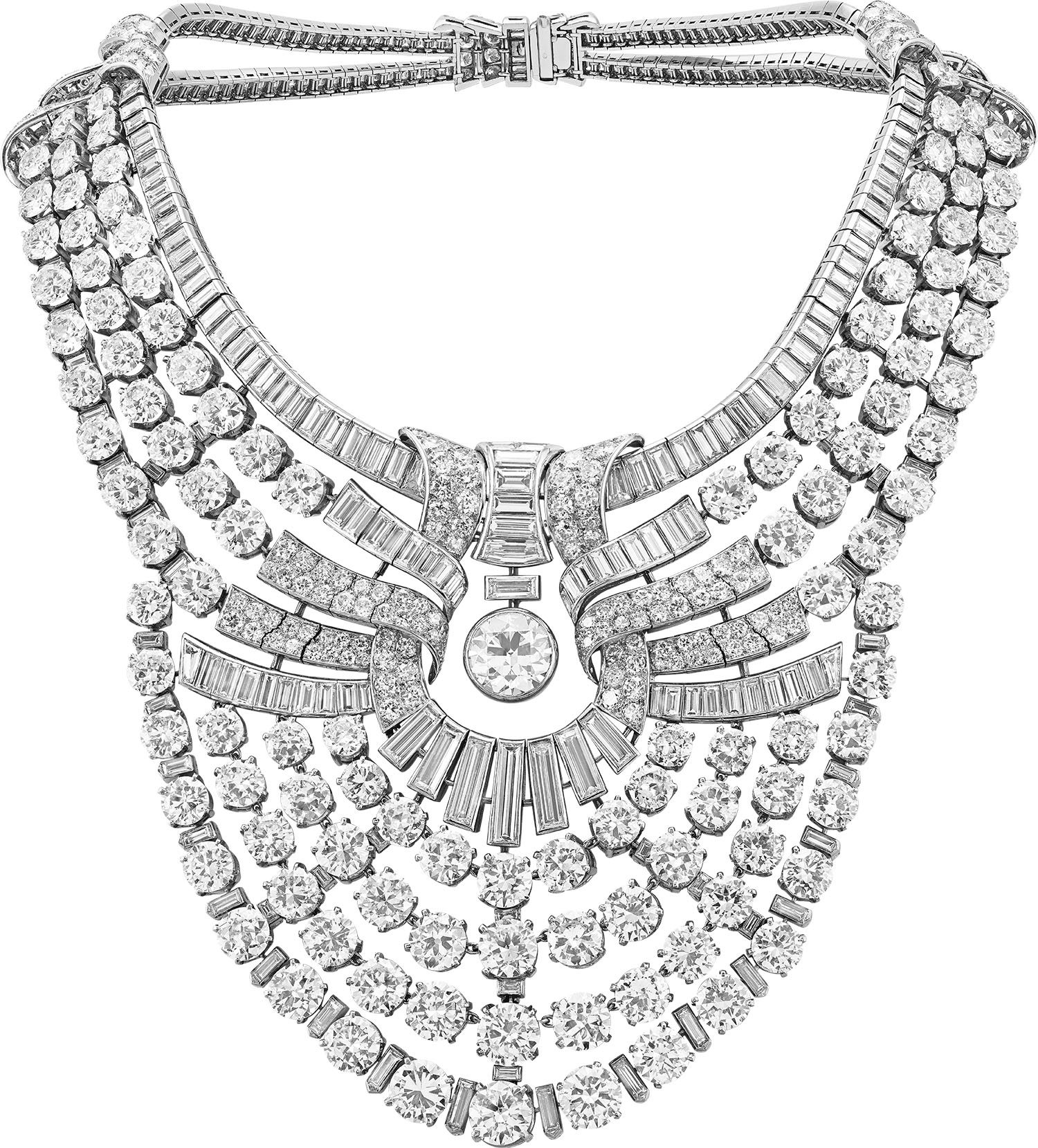 Diamonds best illustrate the natural principle of pressure, which affects the structure, texture, and appearance of minerals. The most impressive diamonds, such as the 105.6-carat Koh-i-Noor (“mountain of light” in Persian), set in the British Royal Crown, or the 530.2- and 317.4-carat Cullinans, among the largest ever, are thought to have originated at great depths. Here, this necklace, on display for the first time in France, was designed in 1939 for Queen Nazli of Egypt in honor of the marriage of her daughter, Princess Fawzia, with the future Shah of Iran. The 204.03 carats of diamonds in various cuts frame the central stone, which appears to be floating. 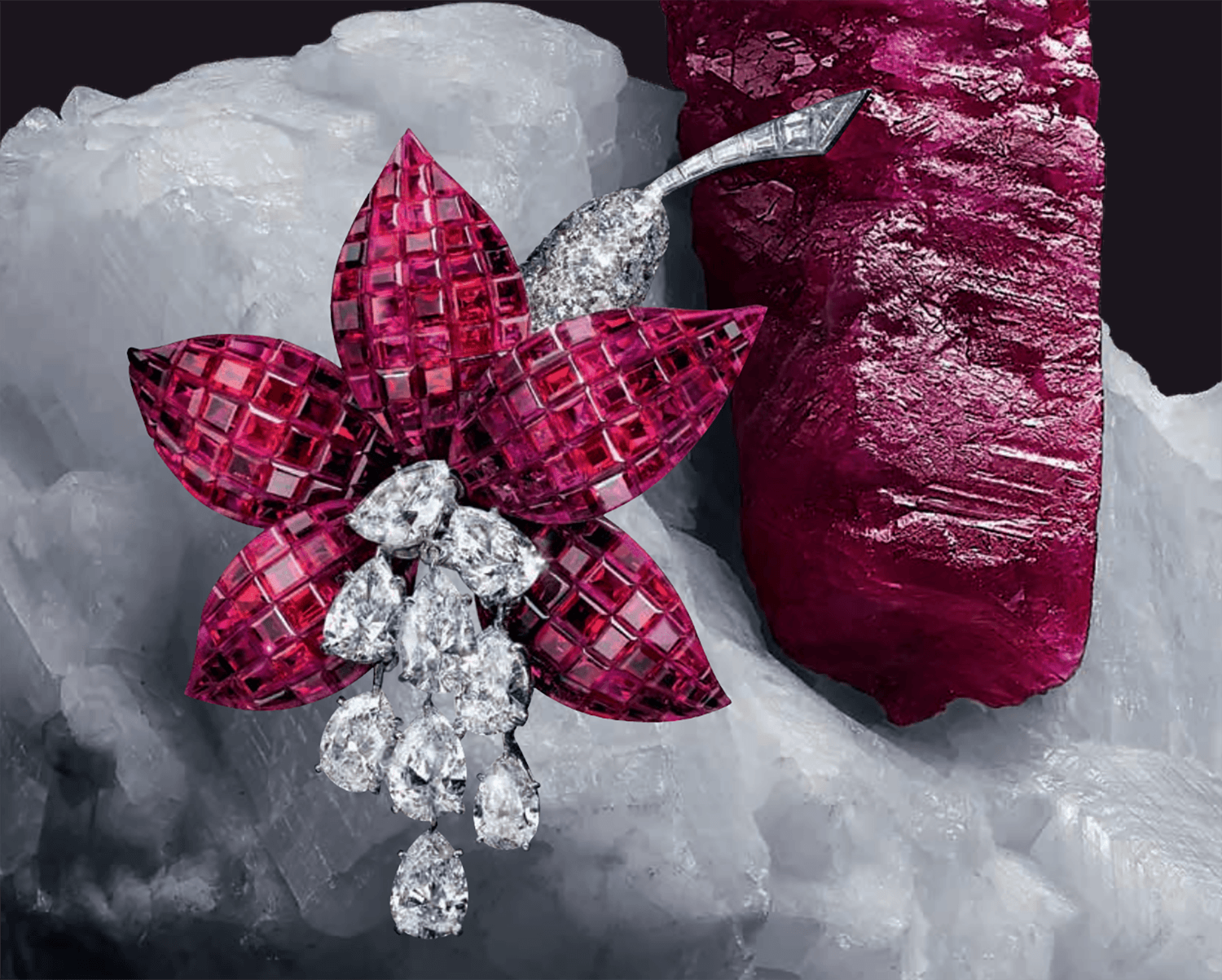 Ruby is the red variety of the mineral corundum and its color, which has a pinkish hue, is due to the presence of chromium. Nestled high in the Burmese mountains, the city of Mogok, otherwise known as the “Valley of Rubies,” boasts one of the world’s most famous ruby mines. The continuing collision of India and the Asian continent, which began some 50 million years ago, has brought forth some of the world’s most beautiful rubies.

A natural ruby crystal in the museum’s collection is presented as it was discovered in Burma’s Mogok Valley. It is embedded in its white marble gangue, while a Fuchsia clip crafted by Van Cleef & Arpels in 1968 reveals the highest forms of the craft with the maison’s signature Mystery setting, which lends a velvety appearance to the petals. It is coupled with a cascade of pear-shaped diamonds representing the pistils.

See the World’s Rarest and Most Famous Rubies 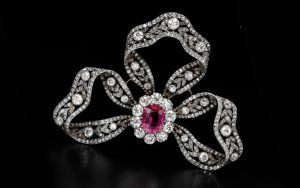 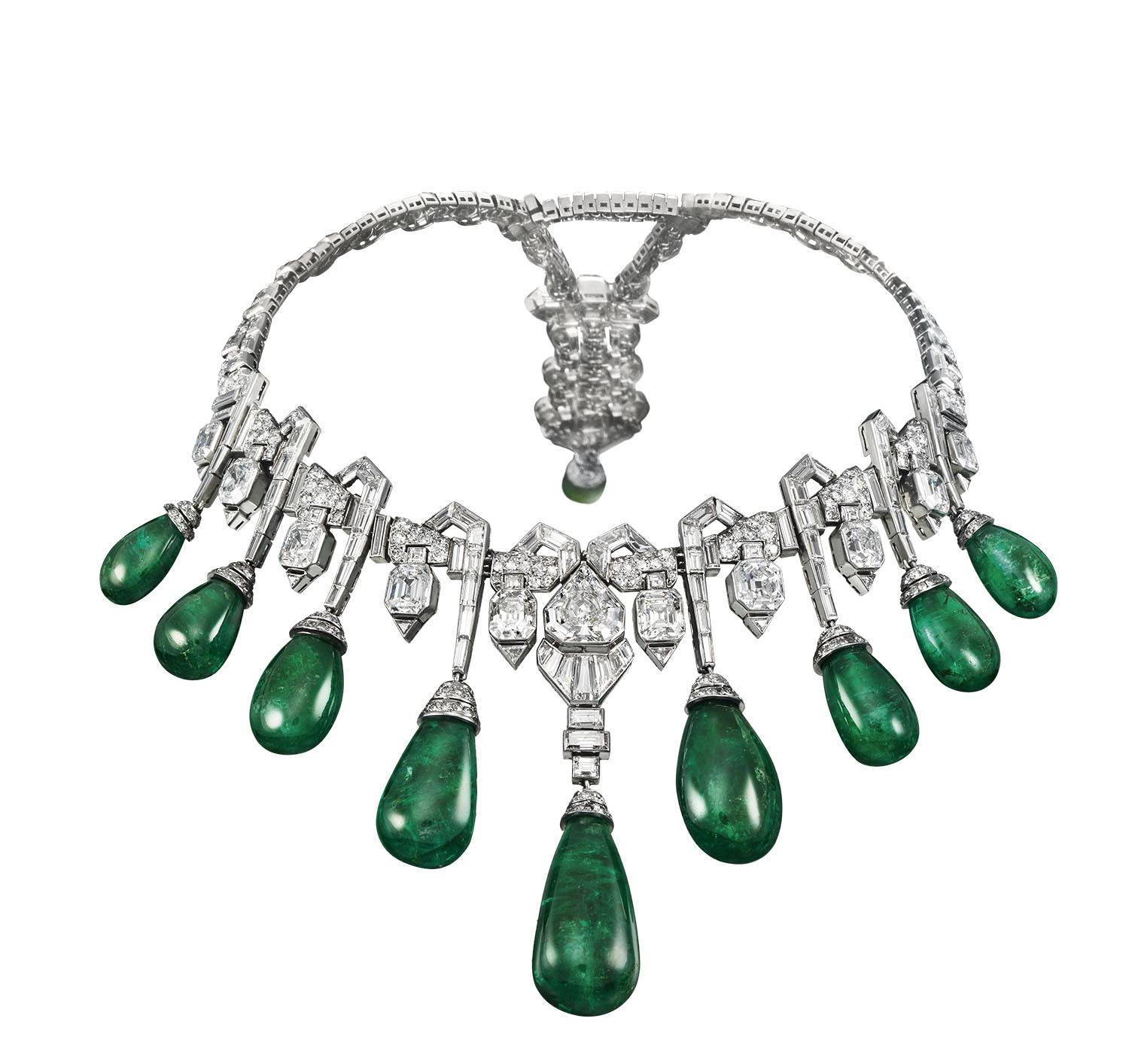 Emeralds, prized for their rich green hue, were discovered some 4,000 years ago in the desert of Egypt and thought to be Queen Cleopatra’s favorite stone. For the moguls in India, the stone represented rebirth, hope, and reflection, and the country’s rich culture has long inspired Van Cleef & Arpels. This majestic Van Cleef & Arpels emerald necklace, featuring ten graduating, perfectly matched carved emerald drops, was crafted in 1929 for her royal highness the Princess Faiza of Egypt. It is just one of the dazzling emerald jewels on display in the show.

10 of the World’s Most Famous Emerald Jewels 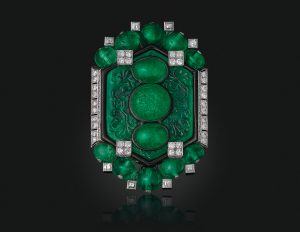 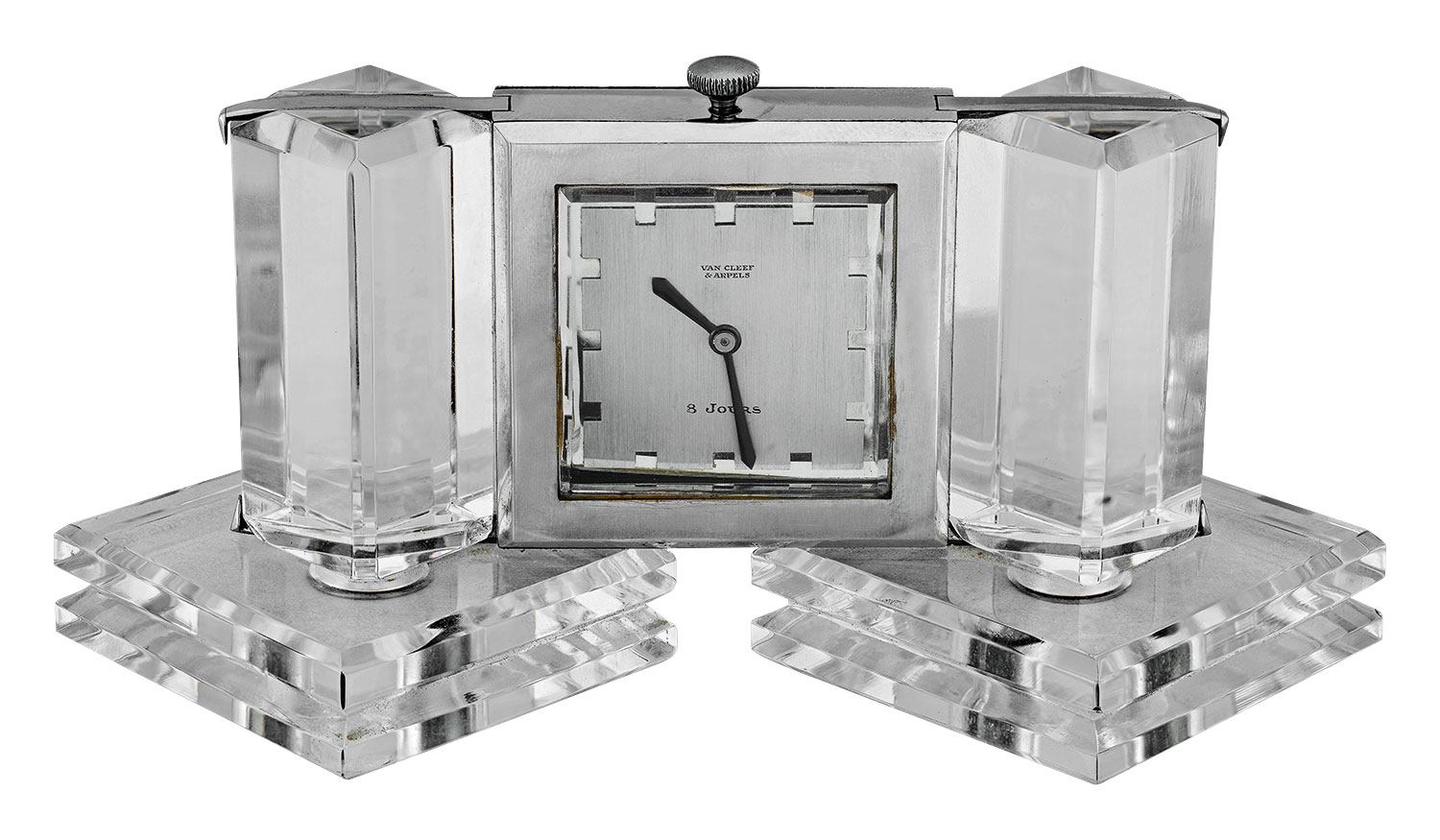 Minerals can form in the earth’s crust as magma moves upward. A drop both in pressure and in temperature can cause some minerals to melt and then recrystallize as the magma slowly cools. This is how quartz and its colorless variety, rock crystal, is formed. This stunning 1934 table clock crafted with rock crystal and steel is inspired by the modernist architecture of the time and calls to mind the Palais de Chaillot, which was built a few years later. The columns on either side of the dial feature geometrical lines and a symmetrical design reflecting the style of the time.

“Gems” is on view at the National Museum of Natural History in Paris through June 2021.