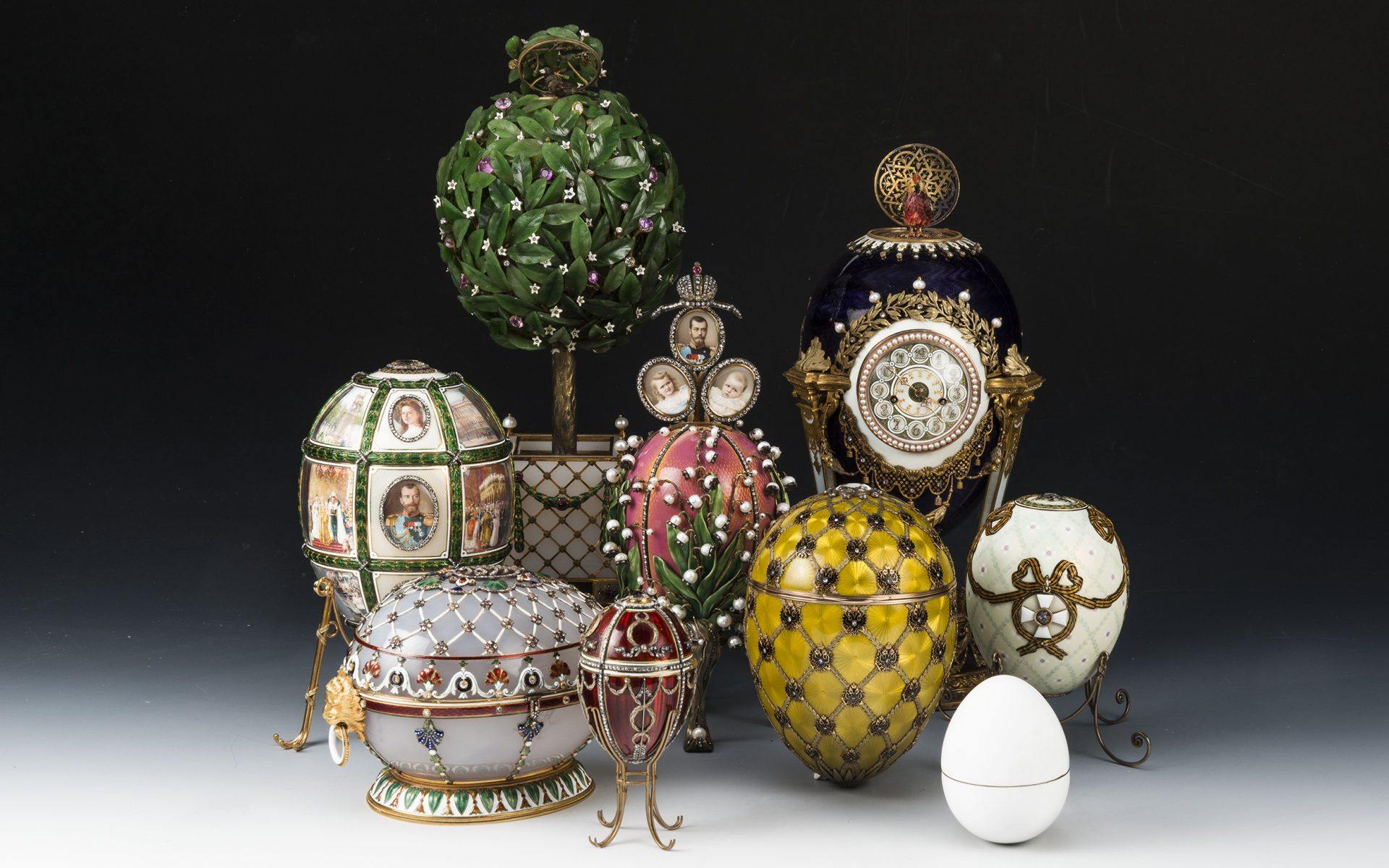 The Story Behind the World’s Most Renowned Fabergé Dealer “There’s a slight range in price,” says A La Vieille Russie director Peter Schaffer with a laugh, explaining that authentic Fabergé pieces can cost as little as $3,000 and climb north of $20 million for the jewelry house’s iconic imperial Easter eggs. It’s no surprise, however, since Carl Fabergé himself didn’t focus much on the monetary value of the extraordinary treasures he created.

In fact, he famously considered his high-jewelry competitors “merchants,” and not artist jewelers like himself. “Expensive things interest me little, if the value lies merely in the quantity of diamonds or pearls,” he told a Russian magazine in 1914.

That is the exact ethos Schaffer (a fourth-generation member of A La Vielle Russie’s founding family) espouses in his Manhattan shop today. Established in Kiev in 1851, the fine arts and antiques gallery moved to Paris amid political turmoil around 1920 before settling in New York in 1941. During that tumultuous time in Europe, newer Fabergé pieces were aplenty, and they were available for a steal since Fabergé himself had only just passed away. Gold-mounted pale-blue enamel commemorative clock with a seed-pearl-trimmed dial and featuring a sepia painting of St. Petersburg’s Admiralty building (constructed in 1806 by the architect A. Zakharov). By Fabergé workmaster H. Wigström. Photo: A La Vieille Russie

“My father went to Russia, and he found three things: quality, quantity, and price of Fabergé,” Schaffer tells Galerie. “The quantity was there, because they thought the newer pieces were secondary stuff to get rid of and were keeping earlier items for museums. The quality was very high, but the price was low since they wanted to get rid of it.”

Recommended: A First Look at The Met’s New British Galleries, Designed by Roman and Williams

That’s how, Schaffer says, the first pieces of Fabergé came to the U.S., and A La Vieille Russie has been renowned for its impressive collections ever since. Today, the store continues to carry a wide range of works made by the House of Fabergé, which was initially established in 1842 as a jewelry shop in St. Petersburg by Carl’s father, Gustav. By 1885, the son had assumed ownership, transforming the company into a globally recognized brand so esteemed that it was appointed as the goldsmith to the Russian imperial Crown. Along with the famous ornate Easter eggs bedecked with enameled gold, Fabergé created miniature hard stone carvings and an array of dazzling jewels and ornamental objects. For those interested in collecting Fabergé, Schaffer says that there is no proper “entry piece,” and that it’s important to do some research first. “The way you have to do it,” he explains, “is to walk around the museum collections, look at the books that are out there, and see which pieces hit you in the solar plexus.” He recommends the European sculpture and decorative arts department at the Metropolitan Museum of Art in New York, and he also notes that the Virginia Museum of Fine Arts and Cleveland Museum of Art have impressive permanent collections. And for those willing to go abroad, the Fabergé Museum in St. Petersburg, Russia, offers an unrivaled trove. Small copper soup kettle with cover and brass handles, the underside marked “Fabergé War 1914,” an example of objects made to “pretend” austerity. Known to have been used by wealthy patrons to send to their children at the front. Photo: A La Vieille Russie

“It’s not up to me to tell you what to collect,” Schaffer notes. And that’s just how Fabergé would’ve wanted it. Schaffer himself favors unusual pieces that tell a story over the most ornate objects. His favorite piece at the moment is a soup kettle crafted from copper, brass, and pewter. “There’s no gold, enamel, or gems,” he explains. “During the First World War, a lot of the children of the nobility went off to battle. They wrote back that they had plenty of food but nothing to cook it in, so these noble families commissioned Fabergé to make cooking pots!”

Recommended: Why Prices Are Soaring for Les Lalanne and Diego Giacometti

Schaffer encourages collectors to delve into these unique stories, but he also warns to be mindful of quality and to keep a keen eye for fakes. “There is more Fabergé in New York City, London, and Paris than he ever made,” he cautions. “The biggest client in the world is Mr. and Mrs. Wannabe. They want it so badly that they don’t really look and think they can buy a bargain.” For the trained eyes at A La Vieille Russie, discerning quality is easy. Schaffer compares the artist’s works to an old Zenith electronics slogan: “The quality goes in before the name goes on.” “You learn by buying, handling, and examining Fabergé,” he says, adding, “It’s not something you can teach somebody.”