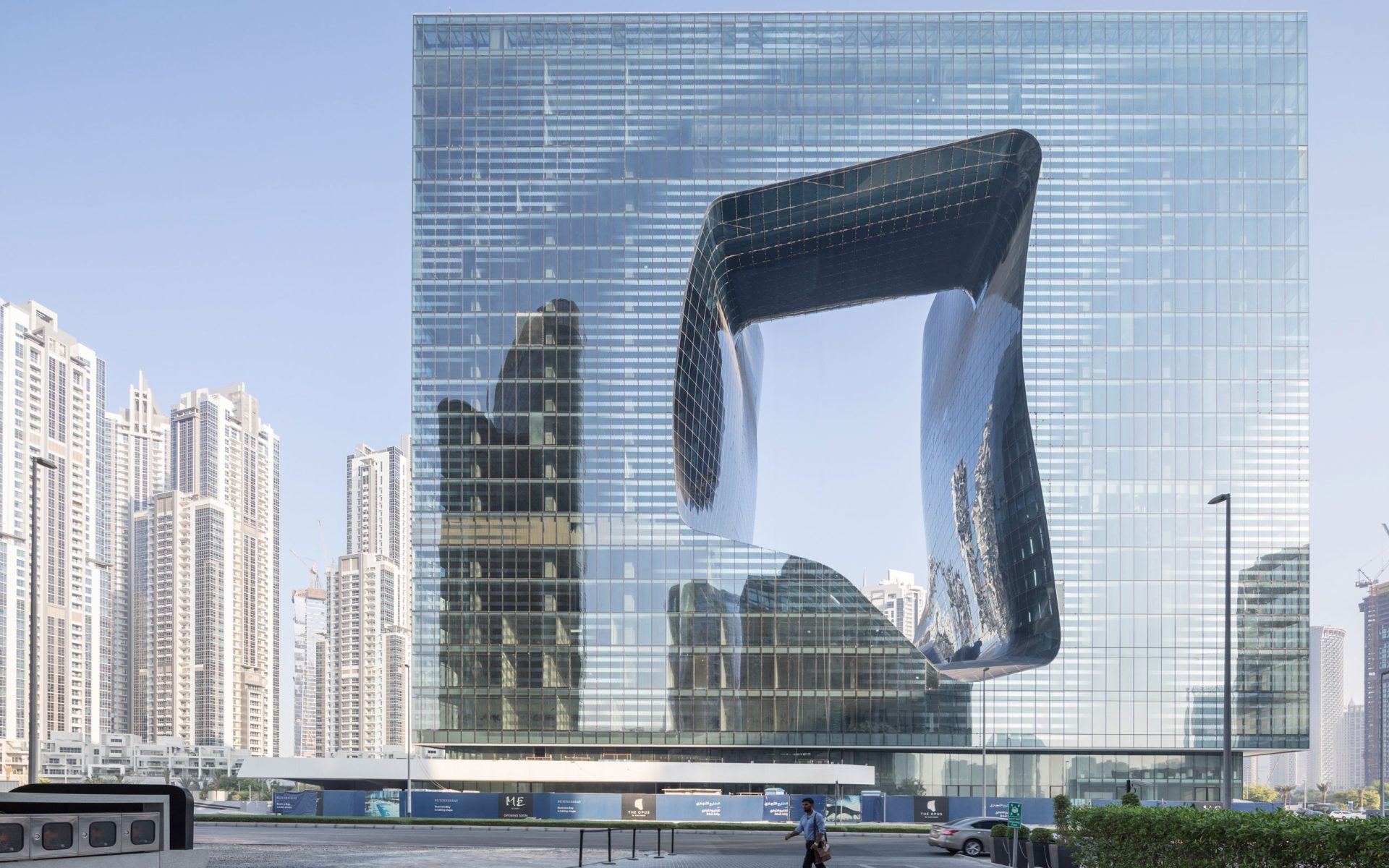 Dubbed the Opus, the futuristic structure has been shortlisted for this year’s World Architecture Festival

It’s not a mirage: One of Zaha Hadid’s last unbuilt designs is finally set to be realized in the Middle East.

Dubbed the Opus, the cube-shaped structure with a void through its center is the late Pritzker Prize winner’s only project in Dubai to be designed by her both inside and out. “The idea is to create an opening onto the city and to frame these views,” she said in 2007 after unveiling the initial proposal. (The Iraqi-British architect died suddenly in 2016 at age 65.) Now in the final stages of completion, the 20-story glass building has also just been shortlisted for the 2019 Engineering Prize at the World Architecture Festival, which takes place December 4–6 in Amsterdam. The structure, which calls to mind two towers connected by a sky bridge, has a silhouette that’s similar to the famed architect’s Morpheus Hotel, which opened in Macau last year, although that design included multiple connection points and a weblike steel exoskeleton.

Comprising retail, commercial, hospitality, and residential components, the Opus features dazzling interiors by Hadid, who was known for making sculptural gestures on skylines around the world. By the end of the year, the striking edifice will be home to the Middle East’s first ME by Meliá Hotels, a 93-key property that will also feature 96 apartments. Those familiar with Hadid’s work will recognize the signature swoops in the lobby and fluid furnishings in the guest rooms, among other architectural flourishes. The sculptural lobby of the ME by Meliá Hotels. Photo: Zaha Hadid Architects

In anticipation of the opening, Enrique Ortiz, a VP at Meliá Hotels, said in a statement: “Designed by late architect Zaha Hadid, ME Dubai will be a true legacy project when the property launches. We are honored to work in partnership with her team and Omniyat, and we are very much looking forward to ME by Meliá’s first debut in the Middle East, offering guests an unparalleled experience combined with exemplary design.”