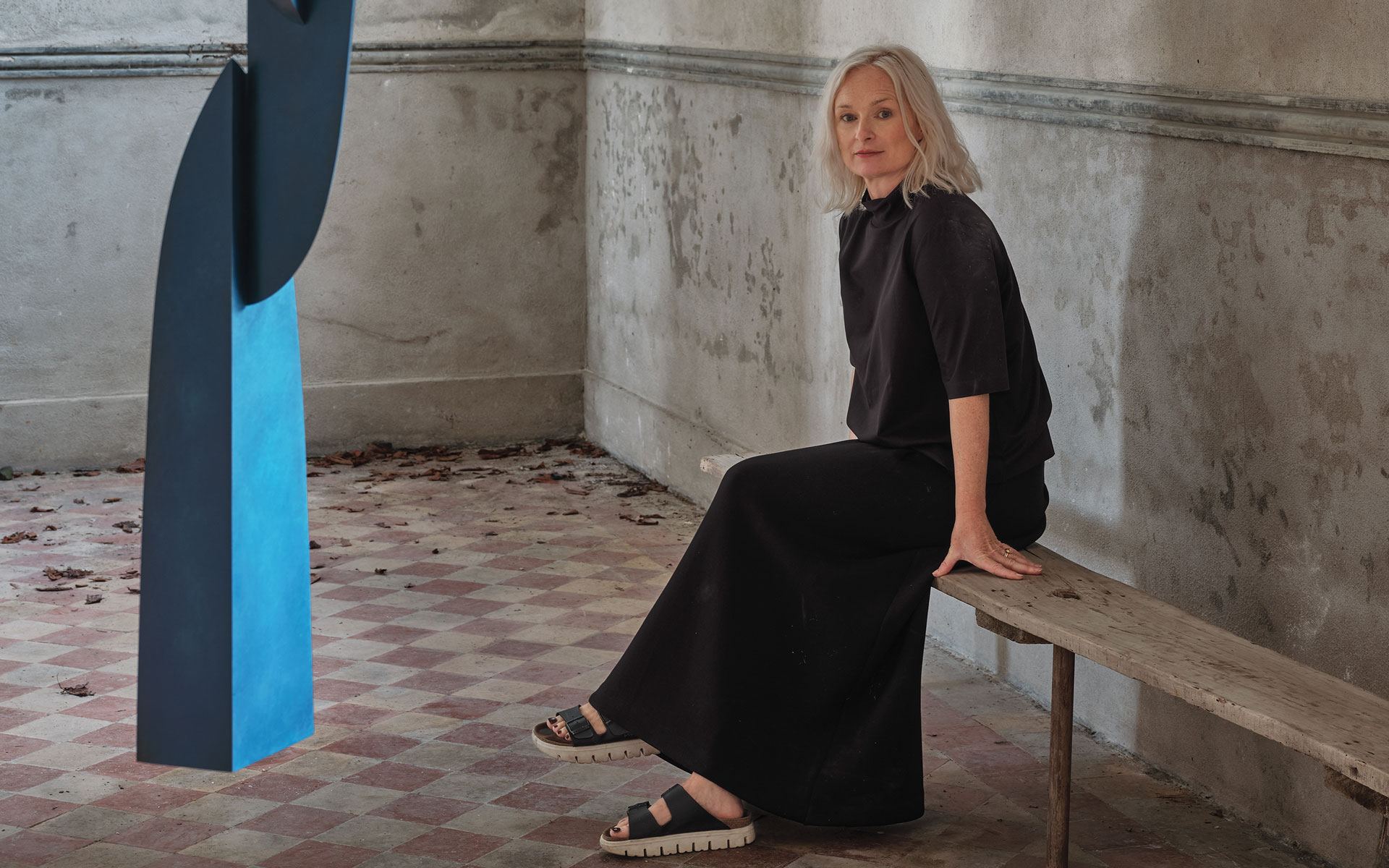 The Ireland-based lighting designer recreates the golden glow of fire in her dynamic fixtures, available at Maison Gerard 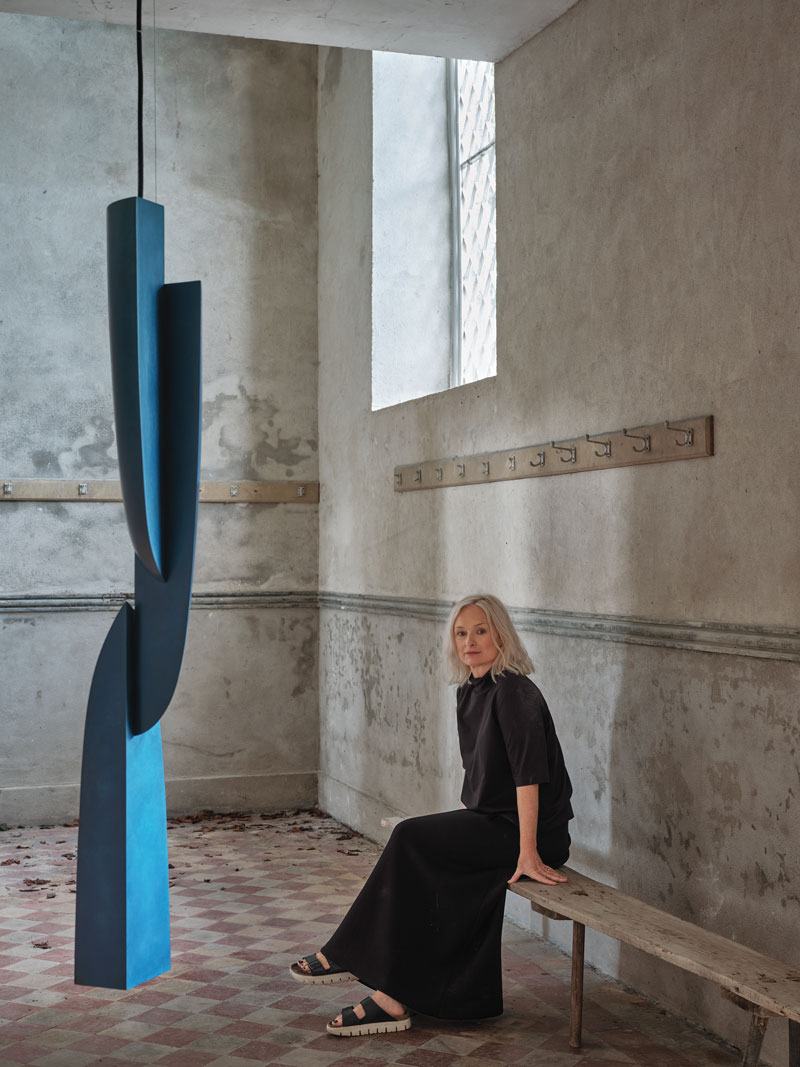 An early adopter of LED technology, lighting designer Niamh Barry makes fixtures that re-create the warm, golden glow of fire. “I work at a color temperature of 2,700 Kelvin, which is the same color as an open flame,” says Barry from her studio in Ireland. “I’ve never lived anywhere where I haven’t been able to have an open fire. It’s really important to me.”

Three decades after creating her first light sculpture—a piece that utilized actual candlelight—Barry is continuing to reinterpret her more recent Artist’s Hand design, which translates a free-form sketch into a sinuous, three-dimensional bronze chandelier that appears to dance in midair. Meanwhile, she’s also experimenting with new geometric designs crafted with a visual heft. 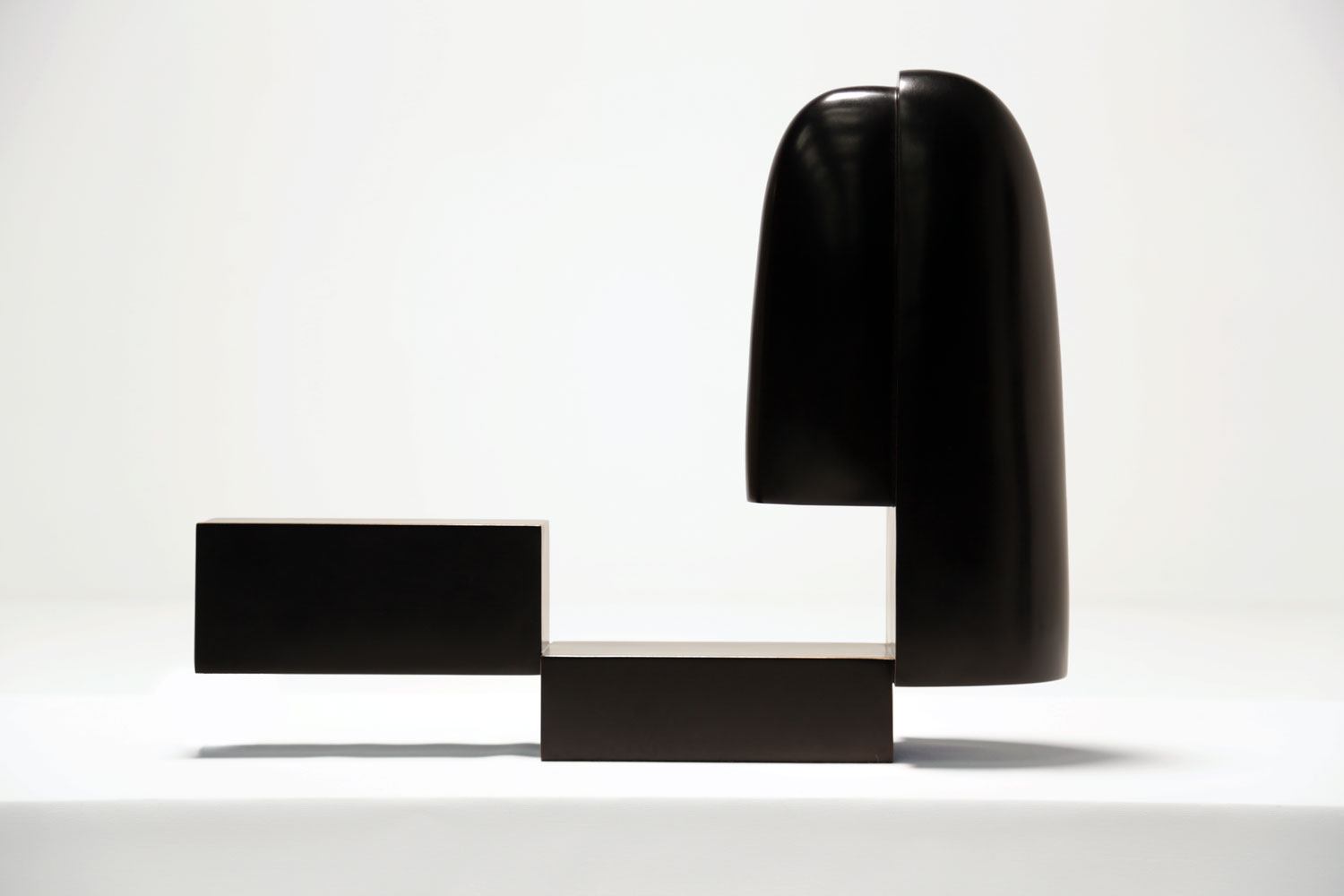 Weighty matters: Two years in development, Barry’s new series of fixtures is an evolution of her earlier works, Vessel Scape, a 30-foot-long work inspired by a Bronze-age artifact called the Broighter boat, made for the Central Bank of Ireland, and Underneath that debuted at an exhibition in Milan.

“It is about gravity, weight, and connectivity to the earth,” she says of the meticulously engineered pieces that will debut at Maison Gerard in March. “The forms are not absolutely, never before seen in my work. Everything is an evolvement. I’m constantly exploring, examining again and again, moving forward.” 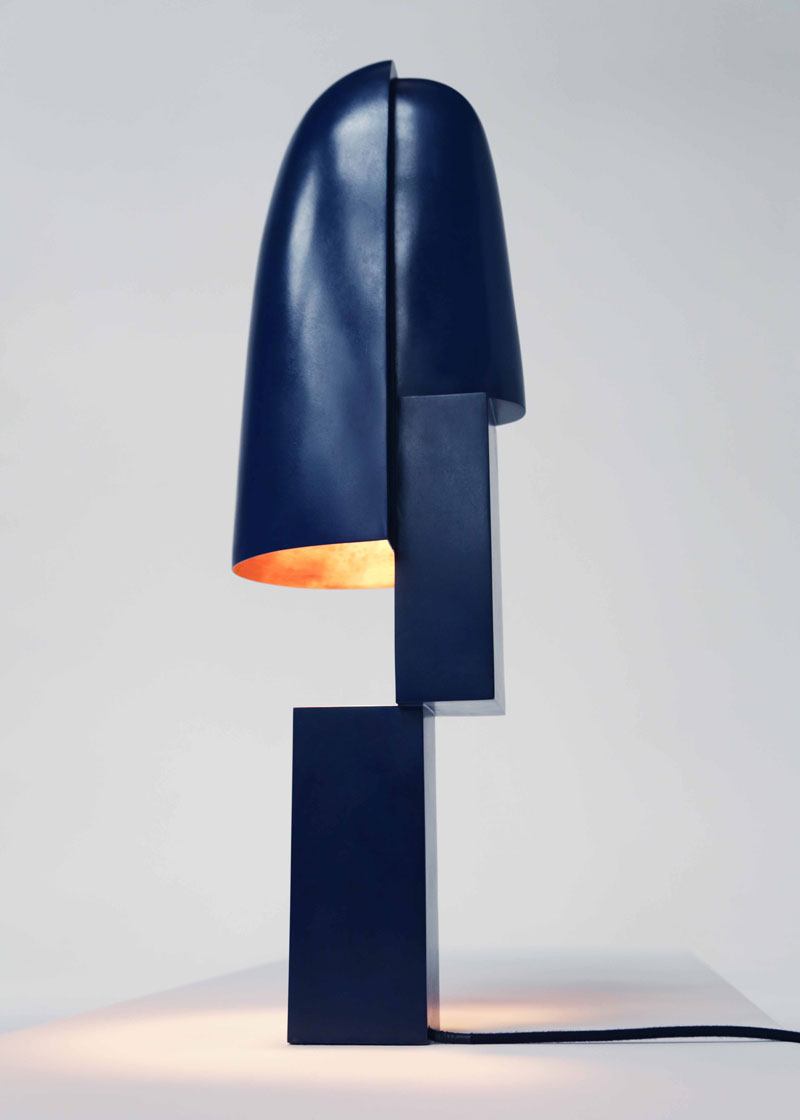 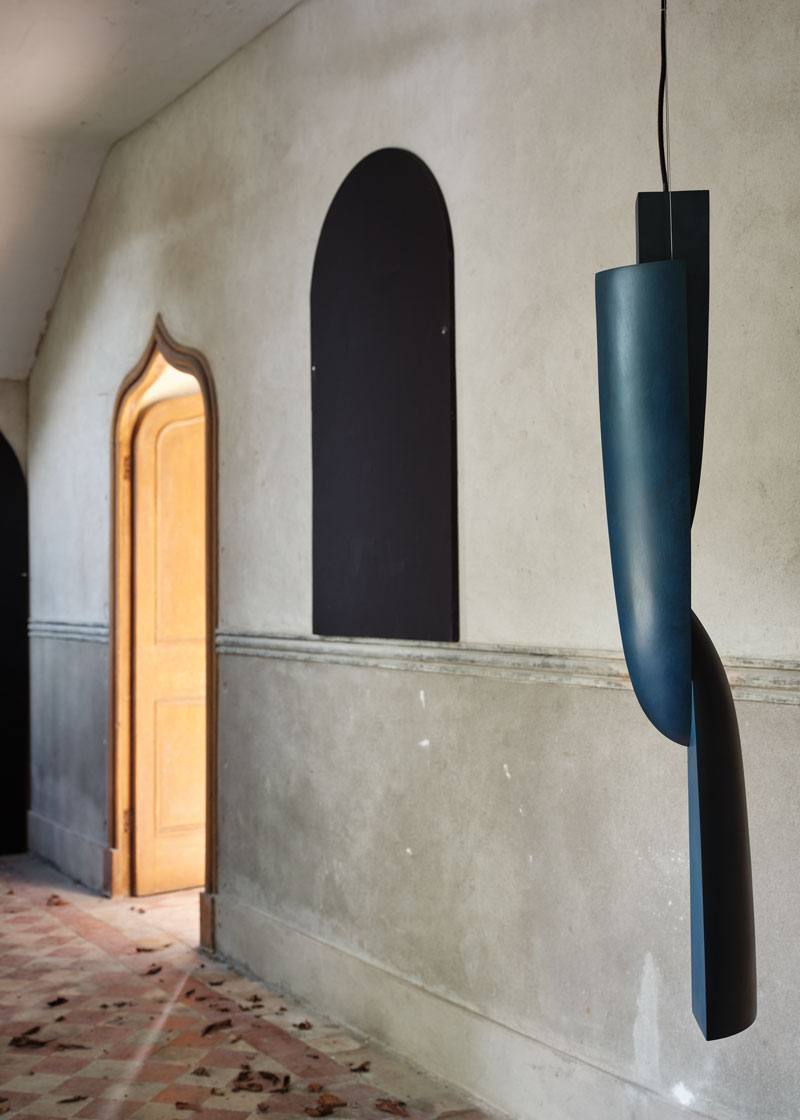 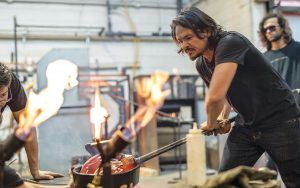 Advanced geometry: While the forms look relatively simple, there’s an advanced level of planning and experimentation that goes into each gravity-defying shape. “There’s a lot of hidden engineering in those pieces to allow them to stand in a way that they shouldn’t,” says Barry, who spent two years developing the shapes through sketches, maquettes, and computer programs. 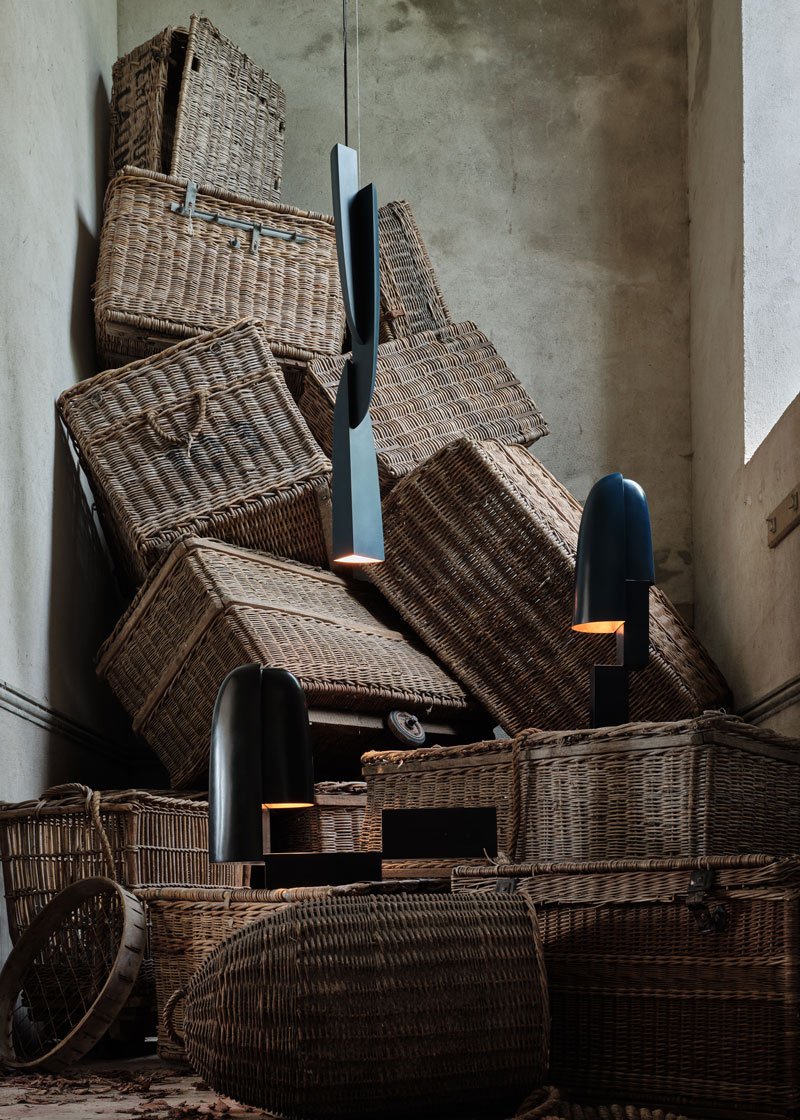 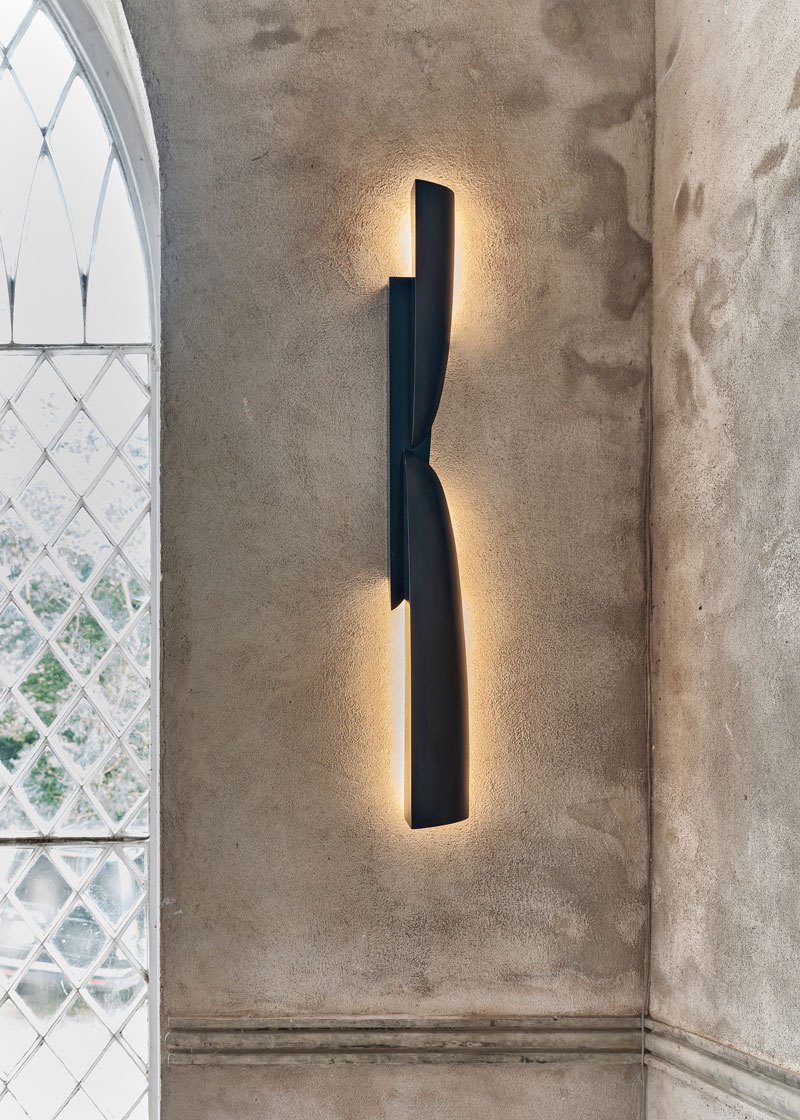 Serene setting: Normally, Barry would photograph each of the new pieces herself in her studio, but for these latest designs, she installed them in an abandoned church in the Irish countryside. “I wanted to evoke an atmosphere of still moments,” she says. “I wanted to give them context, a place to belong. I’m very instinctive in how I work; I’m very intuitive. I knew this was the right space for these to be placed.”

What’s new: Works like Hull and Vertical Stacked represent Barry’s first forays into color. “A part of that process I went through was really exploring color in a way that I never have before,” says the artist. “I was working with neon. I was working with spray paint. I completely went for it; I didn’t hold back.” 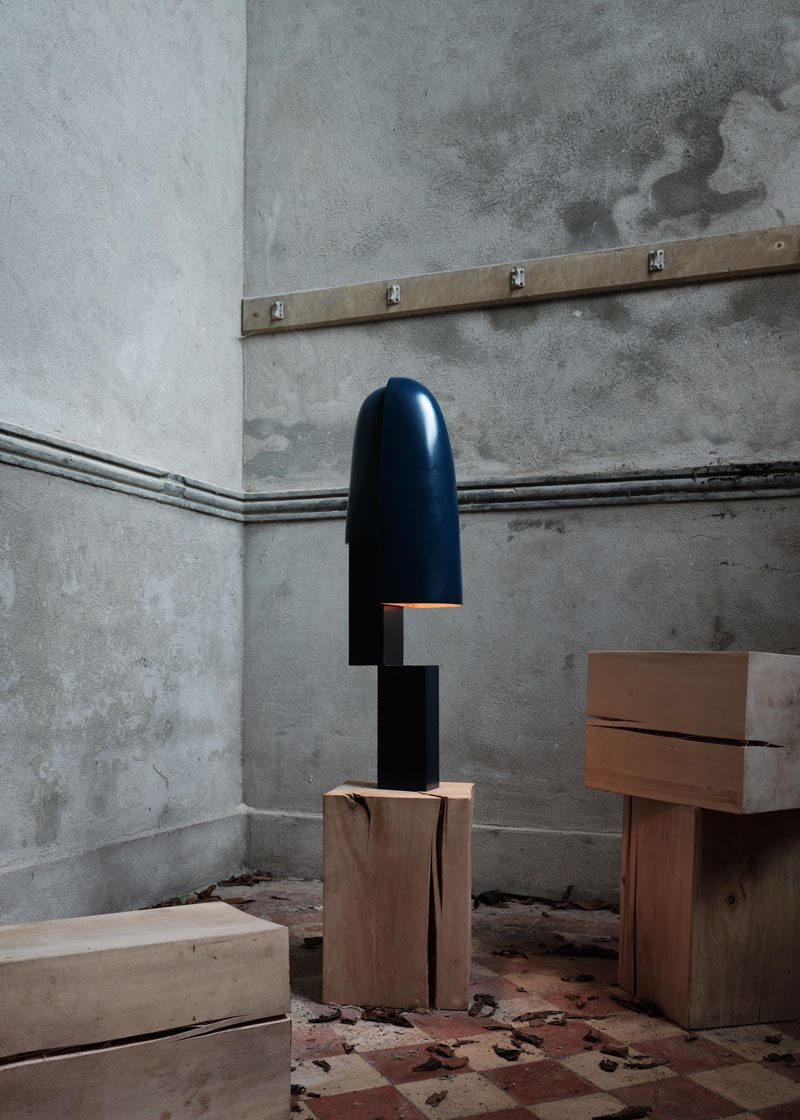 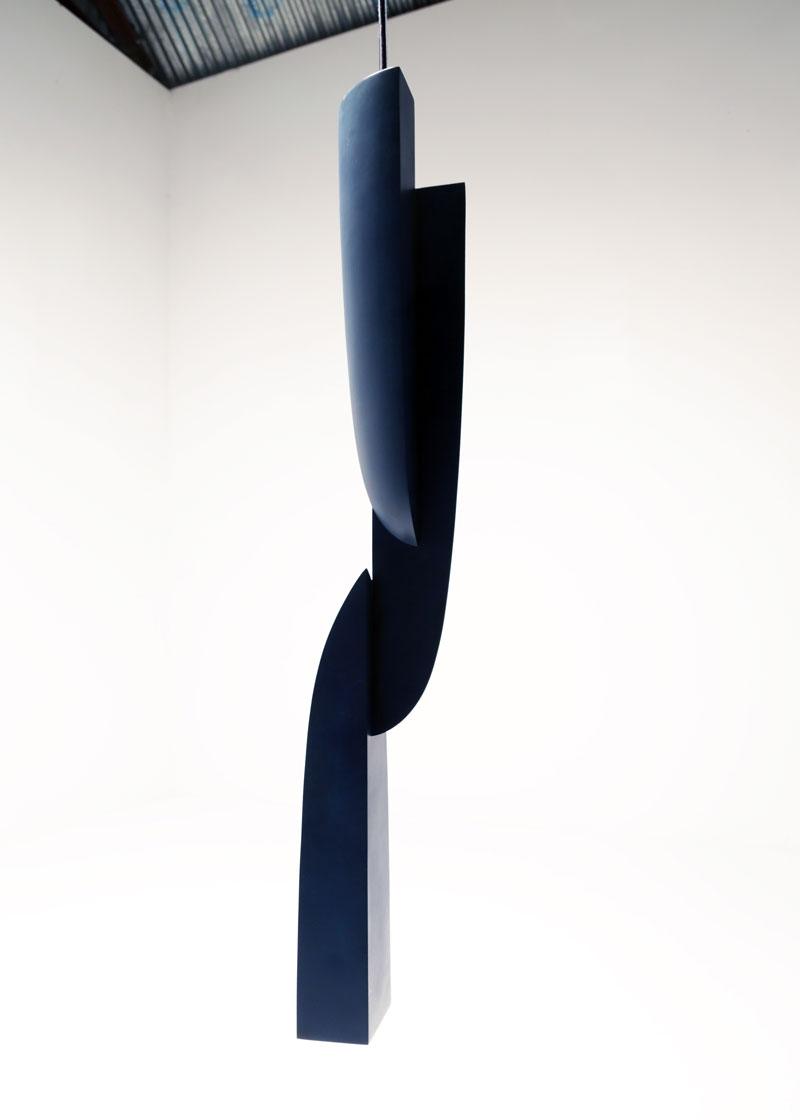 Barry went through various shades before landing on the vibrant blue seen in her current pieces and she’s now experimenting with a yellow patina. “There is color in these but it’s a much more subdued palette,” she says of the new collection. “There’s a natural quality to these colors, but the pieces also have the bronze, only it’s not instantly there to be seen. You have to seek it out. If you look inside these pieces, you will see the raw bronze and you will see there is that flame-like golden glow of light which I have in my work.”