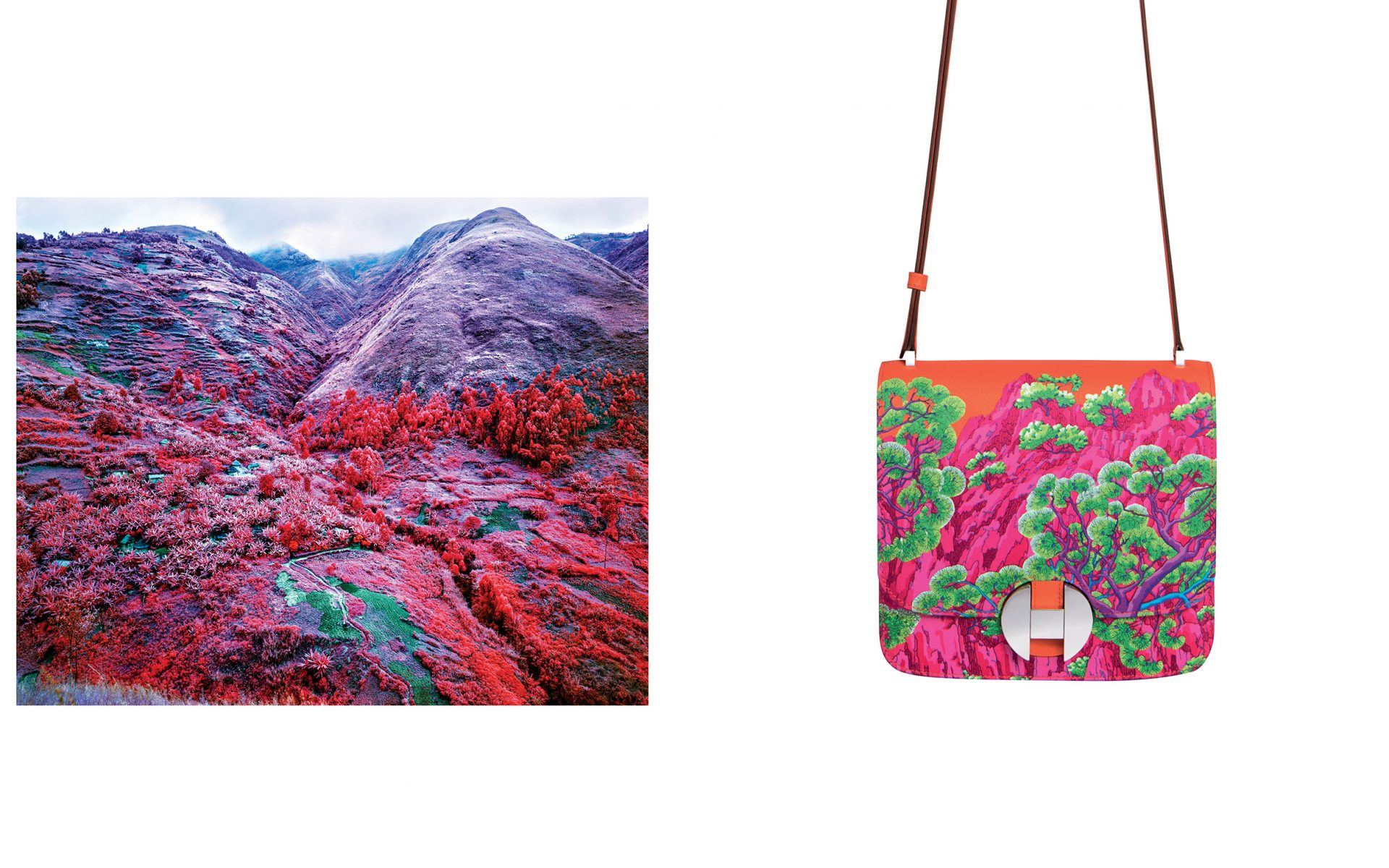 Left: Photographed with infrared film that converts lush green vegetation into flamingo pinks and cherry reds, Richard Mosse’s Non-Alignment Pact transforms a setting of war and destruction into a surreal wonderland. More of Mosse’s work will be on display this fall in his upcoming solo exhibition at the San Francisco Museum of Modern Art. Right: Tufts of vibrant greenery pop against graphic fuchsia mountains that envelop the seamless silk and swift-calfskin Hermès 2002 bag in Sieste au Paradis, a print inspired by a 1970s scarf designed by Aline Honoré. Photo: Left: Richard Mosse, Courtesy of Jack Shainman Gallery. Right: Courtesy of Hermès Left: Adorned in her lavish jewels and golden coronation robe, Queen Elizabeth I sits regal in this oil-on-panel depiction from the 1600s, which was one of the first to represent her royal stature through her splendid orb and scepter. Right: For 100 years Milanese fine jewelry company Buccellati has produced exquisitely detailed metalwork, reflected in this Elio Fiorefiocco Arabesque timepiece, which features a dial embellished with radiant rubies—the watch boasts 138 in total—and an array of tsavorites and sapphires on the yellow-gold bracelet. Photo: Left: Courtesy of the National Portrait Gallery, London. Right: Courtesy of Buccellati

A version of this article first appeared in print in our 2019 Spring Issue under the headline Life Imitates Art. Subscribe to the magazine.