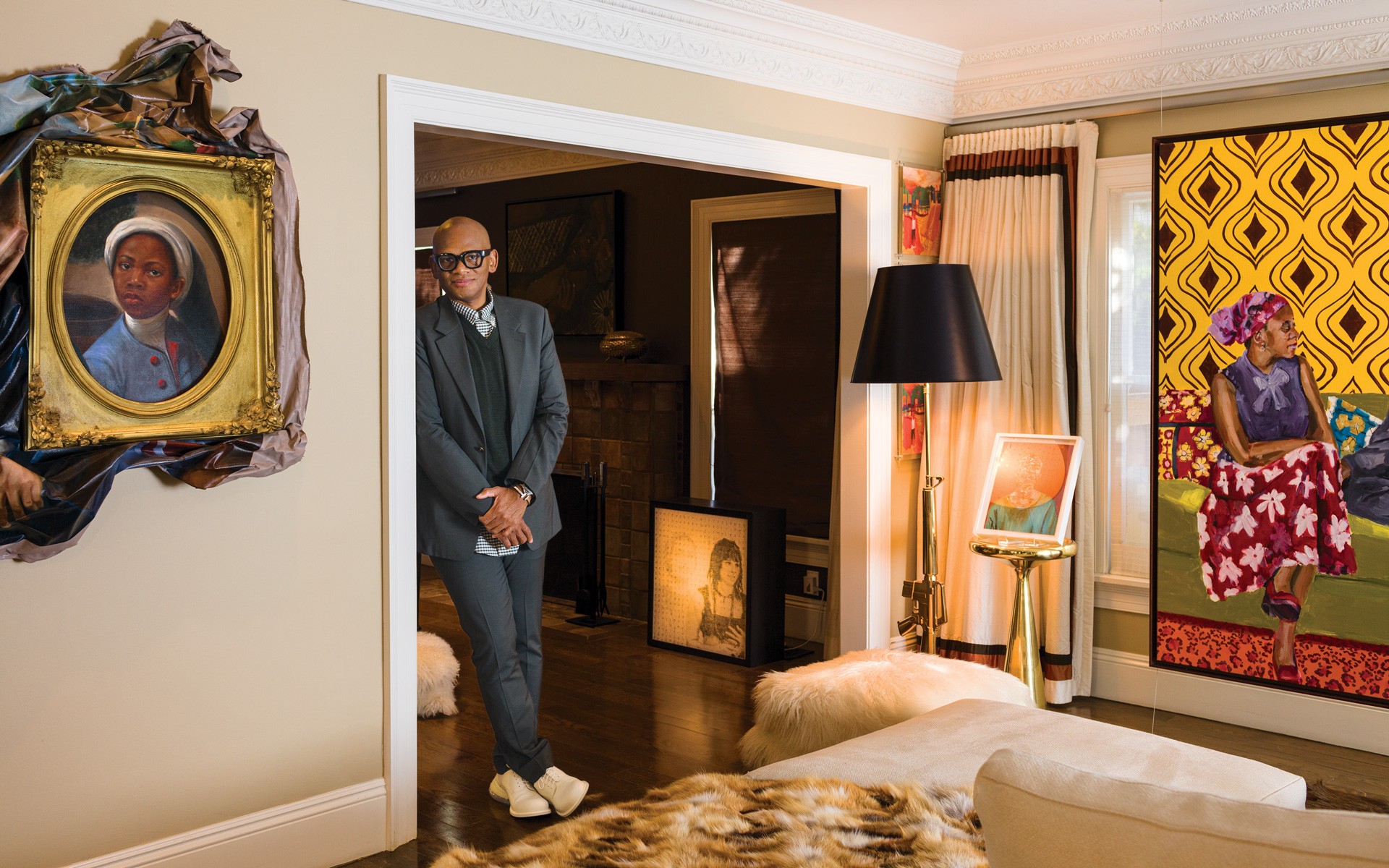 Arthur Lewis at home, surrounded by his collection including a work by Titus Kaphar.
Photo: Jeff McLane

In light of events, including the Black Lives Matter movement, the creative director aims to mount works that ignite conversations

When he was named creative director of United Talent Agency’s Fine Arts and Artist Space in 2019, Arthur Lewis, a voracious collector with a background in corporate branding, immediately tapped into the relationships he’d built serving on the boards of the Hammer Museum and The Studio Museum in Harlem. “The joy of being an art collector is you get to see a different side of the art world and being an art collector of color, you get to see a side of the art world that’s not such a proud side,” says Lewis. “I really wanted to use this opportunity to give a voice to some artists that don’t necessarily get to shine and introduce some very young, strong emerging artists to the Hollywood community. Having that level of access and connectivity for artists and bridging that gap is the best thing in the world.” 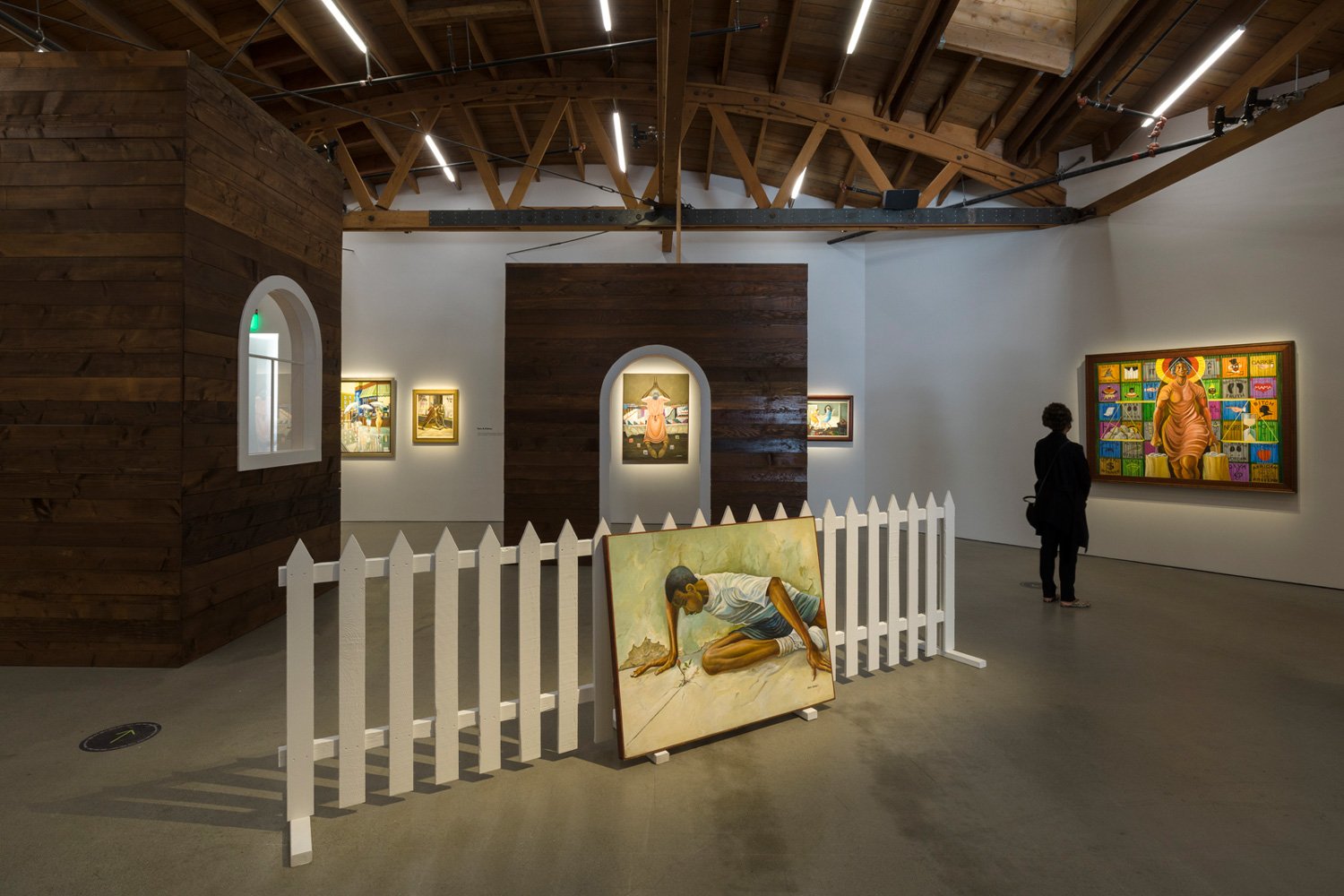 Cultural shift: In light of events, including the Black Lives Matter movement, Lewis aims to mount works that ignite conversations. “It has pushed me to be a stronger advocate for finding people who are boundaryless in how they think about telling these stories,” says Lewis, citing buzzworthy recent installations like Pamela Council’s Blaxidermy Pink. “It’s pushed me to make sure that we really get to deeply engage with people, so that they get to hear stories and see artists from another perspective. I feel like we are in a way educating people, all levels of the stratosphere. I feel a beautiful burden to make sure that this story is told well during this time.” 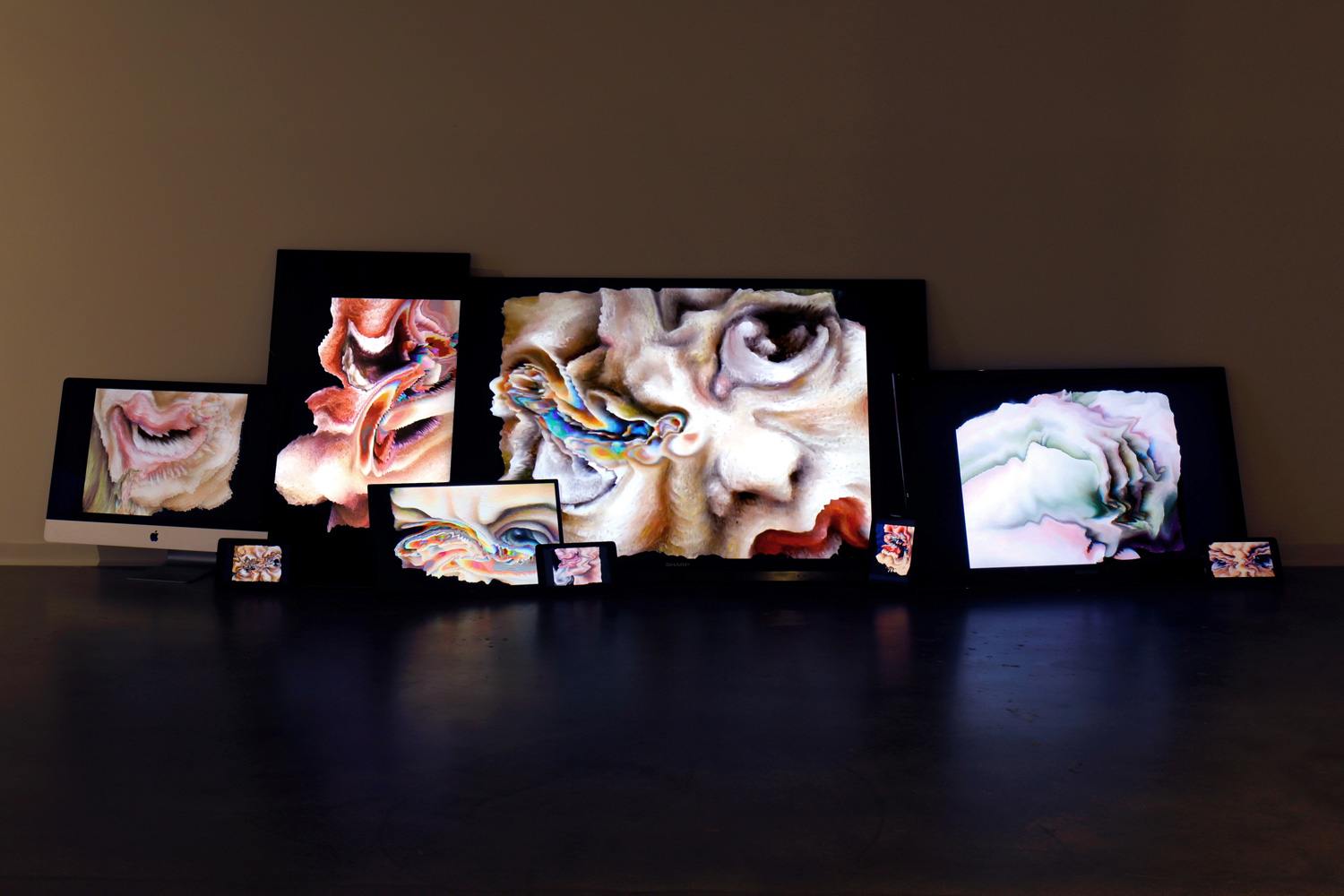 Building bridges: Early on, Lewis reached out to gallerists Myrtis Bedolla and Mariane Ibrahim, for some of his first shows, including the buzzy “Disembodiment” that featured work by Vaughn Spann, Marcus Jahmal, and Clotilde Jiménez. “It was really important to me that when I started this, I shined a light on people who I knew were superstars, but not everyone witnessed,” Lewis says. “Now I love these Saturday calls from Mariane where she’s telling me about celebrity X who’s called to follow up on another piece and have actually built a collection with her around some of these artists and other artists in her program.

A client of ours Taraji P. Henson, who just did something on Instagram a week and a half ago where she showed off her art collection,” Lewis continues. “I introduced her to artist Patrick Quarm and the first thing she did is show off her Patrick Quarm. He was so excited and all I could do is just smile. There’s an entire ecosystem being built around supporting these artists and its really rather extraordinary.” 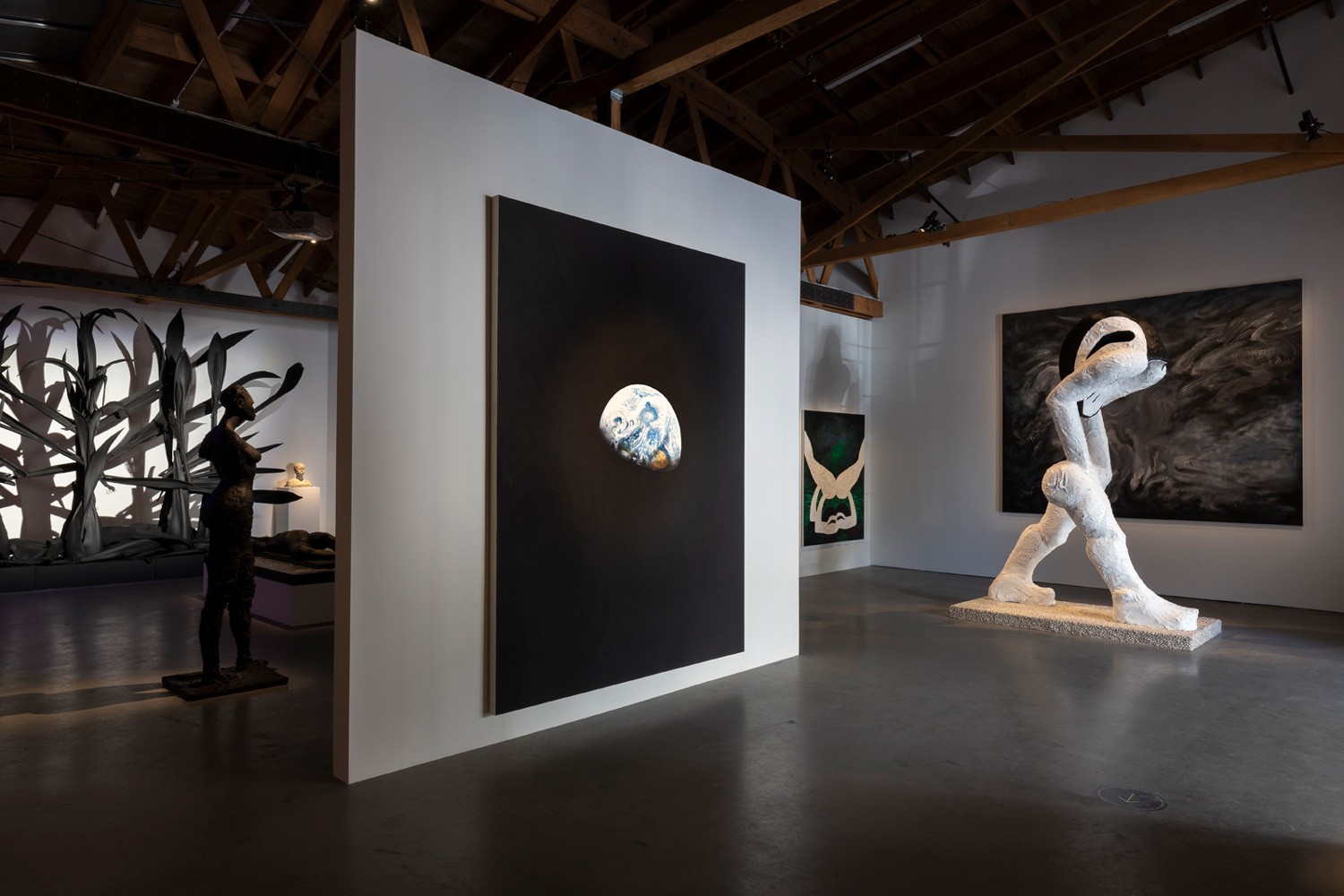 On View: Yashua Klos debuts his first big show “How We Hold It All Together” at UTA, March 12 through April 10. Plus, a digital presentation by Osaze Akil Stigler, who was discovered on social media and now has fans in Beyoncé and Rihanna. “There are so many different voices out there who are incredibly talented and I want to make sure that’s also part of the art community that we highlight,” says Lewis. “So yes, I have great access to artists that we all think are stars, but there are lots of other voices out there of that could also be stars so I want to be sure we keep it really balanced.” 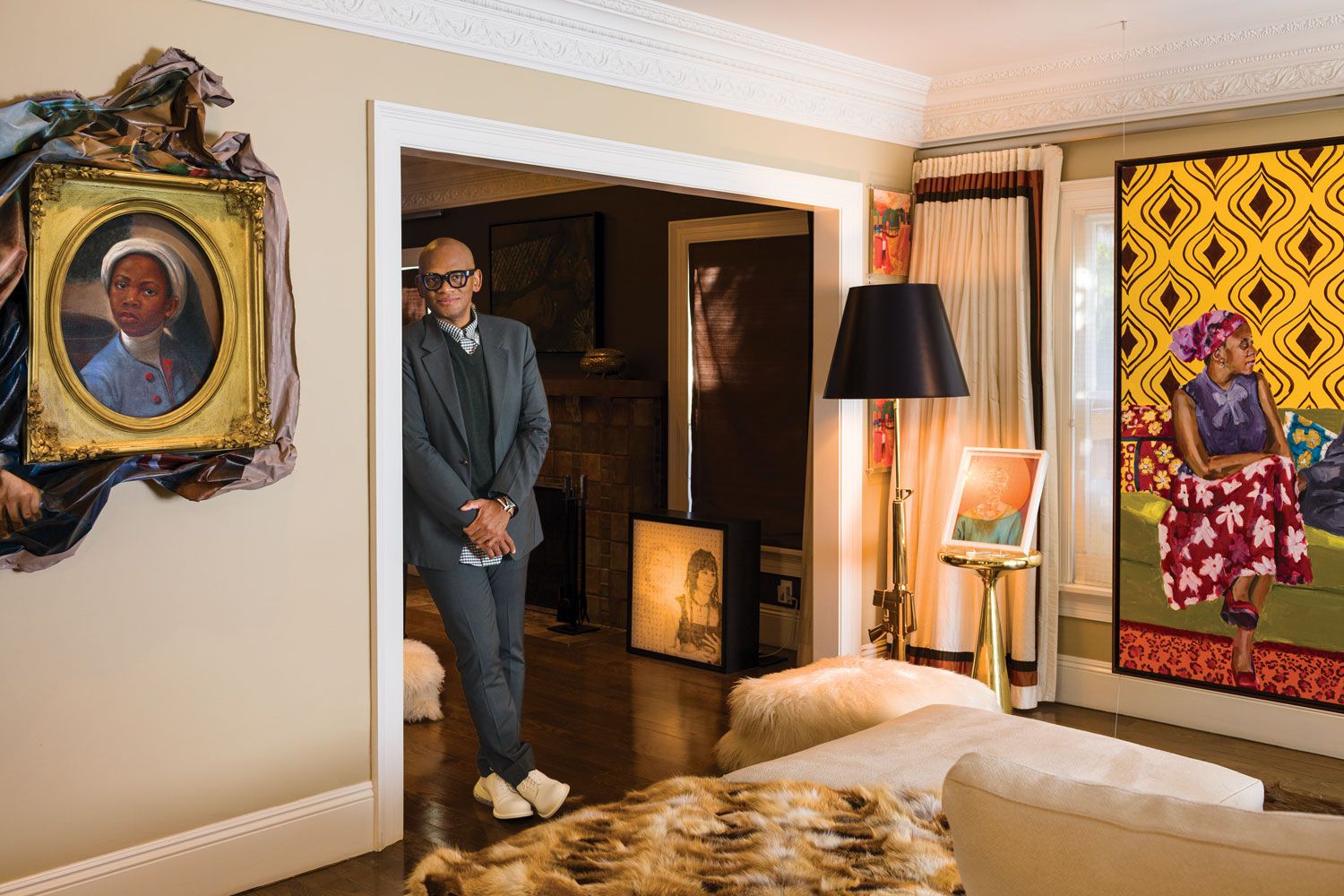 Arthur Lewis at home, surrounded by his collection including a work by Titus Kaphar. Photo: Jeff McLane 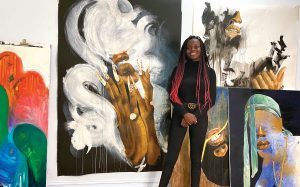 Dream job: Before joining UTA, Lewis had held leadership roles at Kohl’s, HSN, Hautelook, and Gap Inc. “It’s one of those things that you can’t pick what your next thing is going to be sometimes,” Lewis tells Galerie. “It’s just in the stars for you. And I love saying this is my favorite thing I’ve done. It’s my passion come to life every day.”

Cover: Arthur Lewis at home, surrounded by his collection including a work by Titus Kaphar.
Photo: Jeff McLane
Next Post