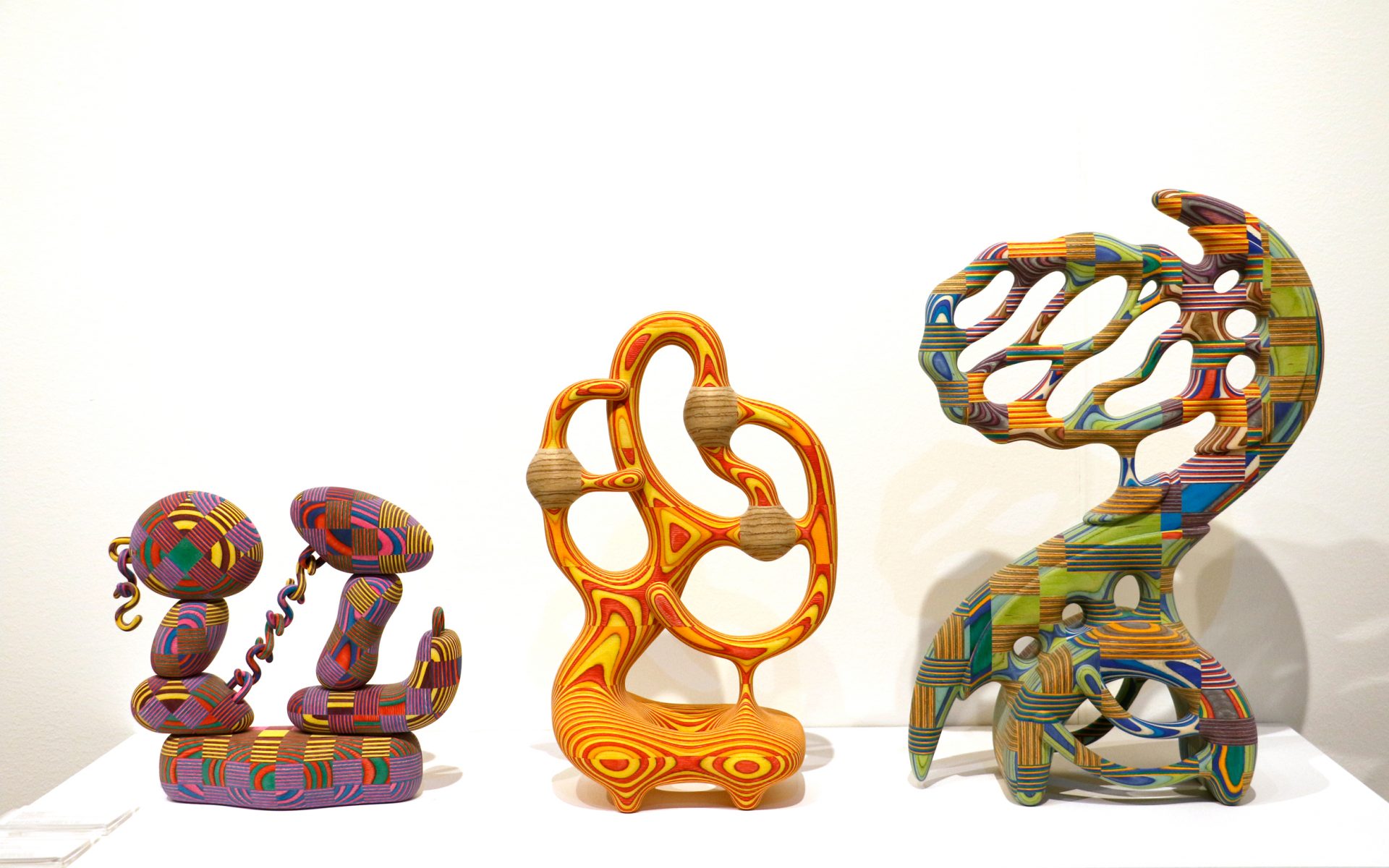 Discover the Buzzworthy Artists at NADA Miami 2018 in Pictures The 16th edition of the New Art Dealers Alliance (NADA) in Miami opened Thursday, December 6, at the Ice Palace Studios with 106 galleries presenting their wares.

The fair is known for spotlighting new and rising artists from around the world, and major collectors and museum curators were seen scoping out this year’s talent. The mood was also more relaxed than the mega Art Basel in Miami Beach, and visitors enjoyed a break from the general madness of Miami Art Week, laying in hammocks and colored chairs sprawled across the artwork-dotted lawn.

Generally, ceramics and painting remained the most coveted genres, but the range was eclectic and there was something for everyone.

Here, we share the works that caught our eye. Bill Powers, owner of New York’s Half Gallery, tapped star artist Nathaniel Mary Quinn to curate his booth. On display were works by Clotilde Jiménez, John Currin, David Hammons, Jean-Michel Basquiat, Alexandria Smith, and Kerry James Marshall. Make sure to catch paintings by emerging talent Vaughn Spann, whose work is also currently on display at the Rubell Family Collection and not to be missed. Here, Powers sits beneath a portrait drawn by Mary Quinn himself, part of the artist’s new performance series. Photo: Stefanie Li A recent work by Didier Williams at James Fuentes Gallery caused some of the most buzz at NADA. The Haiti-born, U.S.-based artist’s slithery forms seem to pulsate within the frame. The gallery also brought a group of works by the late artist Purvis Young, whose work is currently on display at the Rubell Collection in an expansive exhibition. Photo: Stefanie Li Paintings by Brooklyn-based rising star Danielle Orchard at Jack Hanley. Her paintings depict fragmented bodies of women in various states of leisure—playing tennis or in the bath—with a saturated color scheme and composition that reference Cubism or the Chicago Imagists. Photo: Stefanie Li A suite of 30 works by New York–based Walter Price at KARMA, New York, sold quickly on the first morning. Price’s debut show at the gallery was in 2016. Since then, he has had a solo exhibition curated by Klaus Biesenbach at MoMA PS1 and was included in the Michelle Grabner’s Front International: Cleveland Triennial for Contemporary Art, both of which took place this summer. His work is also in the collection of the Whitney Museum. He is one to watch. Photo: Stefanie Li A bold, loosely brushed painting by Billy White at Shrine/Sargent’s Daughters. White, who is in his mid-50s, makes art at the NIAD Center for Art and Disabilities, an organization that offers around 60 artists with disabilities a place to work. Photo: Stefanie Li Born in 1968 in Port-au-Prince, Haiti, Myrlande Constant creates ornate and incredibly densely beaded voodoo flags. Here, a standout work at Miami’s Central Fine Gallery. The booth included three works by the artist, with prices ranging from $5,000 to $20,000, all of which sold on the first day. Photo: Stefanie Li A whimsical collection of unvarnished ceramic stacks by Joanne Greenbaum dazzle at Rachel Uffner. Uffner, who is a board member of NADA, sold the entire lot during the fair for between $5,000 and $8,000 a piece. Photo: Stefanie Li A vibrant silk-and-wool tapestry by Milwaukee artist Sheila Held titled The Birth of Venus (From the Origins Series), 2016, is on offer at Green Gallery. Photo: Courtesy of the artist and Green Gallery
Cover: Bayne Peterson sculptures at Kristen Lorello Gallery at NADA Miami.
Photo: Stefanie Li
Next Post